On their return to international action, Ireland produced a series of impressive performances at St George’s Park over the course of the three-day tournament, finishing with a flourish on Monday with a 33-0 defeat of USA and then a hard-fought 14-12 victory over the hosts. Ireland finished top of the standings on 14 points.

It was an invaluable work-out for Eddy’s outfit, who had not played an international tournament since March 2020 due to the Covid-19 pandemic, but leave the FA’s National Training Centre with four wins from six outings, but more importantly with the confidence and conviction to kick on towards Monaco on 19-20 June.

Ireland were in emphatic form from the off on Monday as they ran in three first-half tries to pull clear of USA, with Gavin Mullin, Jack Crowley and Rory Scholes all crossing during the first seven minutes. Eddy’s side kept their foot on the pedal after the interval, with captain Billy Dardis and Duran Krummeck getting in on the act. 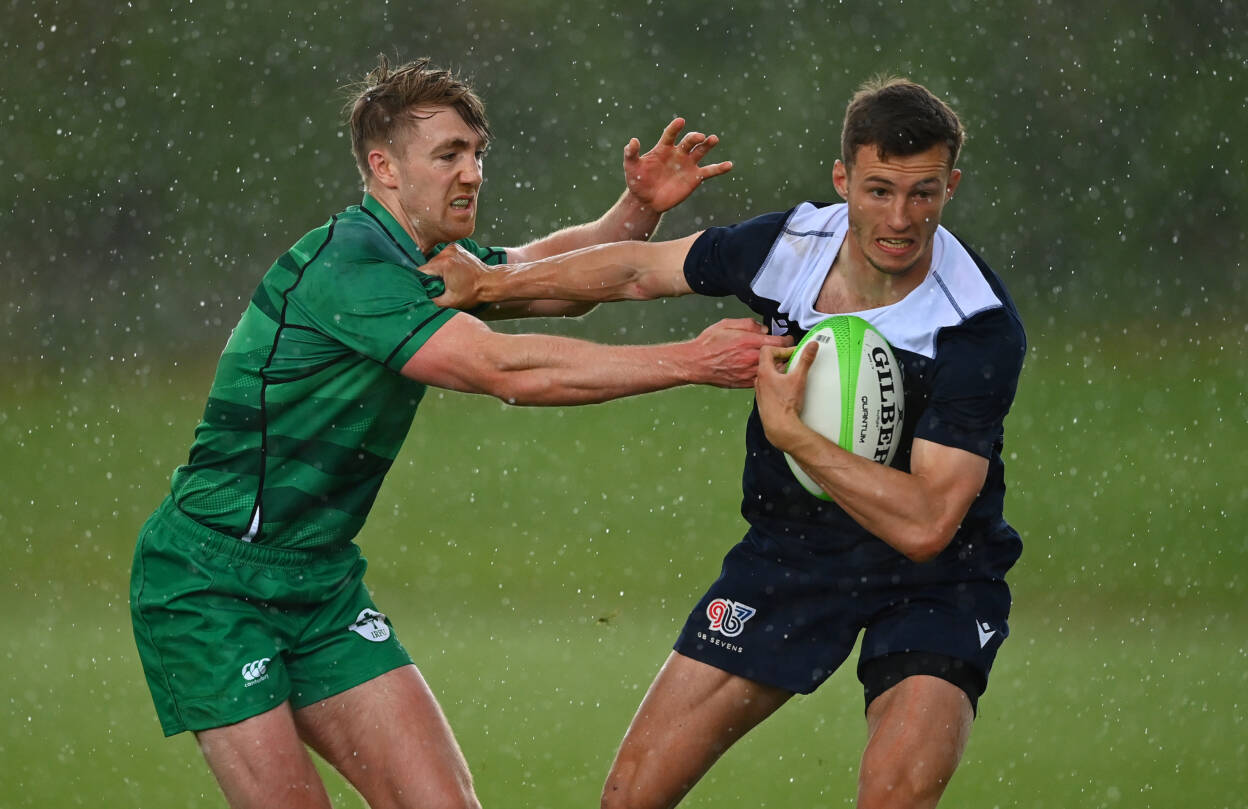 In their final game of the campaign, Ireland produced a physical performance to defeat hosts GB for the first time in the tournament. Jordan Conroy‘s try just before the break, converted by Sean Cribbin, gave Ireland a slender 7-5 lead and Mullin’s second try of the day, again converted by Cribbin, secured a 14-12 win.

It was a strong finish to the weekend for Ireland, with the likes of Conroy, Terry Kennedy and Aaron Sexton all standing out, but the performances of Mullin, Ian Fitzpatrick, Alex Kendellen and Crowley among others ensured there were many positive strands to come from the week.

Ireland will return to work at the IRFU High Performance Centre over the coming weeks as they continue to prepare for June and their shot at Olympic qualification.