World Rugby yesterday confirmed the rescheduled dates for Rugby World Cup 2021 which will take place in New Zealand from October 8th to November 12, 2022.

The tournament was postponed from this year due to the Covid-19 pandemic.

The Ireland squad will be back in camp in July, following a rest period after the Women’s Six Nations, to continue their preparation for the qualifying tournament which is set to take place later this year.

“We’re absolutely happy that we finished third, but again the beauty of it is we know there’s more in us. We’re obviously going to have a World Cup qualifying tournament to come at some stage next season and that’s going to be really important.

“This block of games have been really valuable to us. You can do all the camps you like, but to get Test matches in, and also go back-to-back-to-back and really back up the physical side of Test match rugby, is really good for us.” 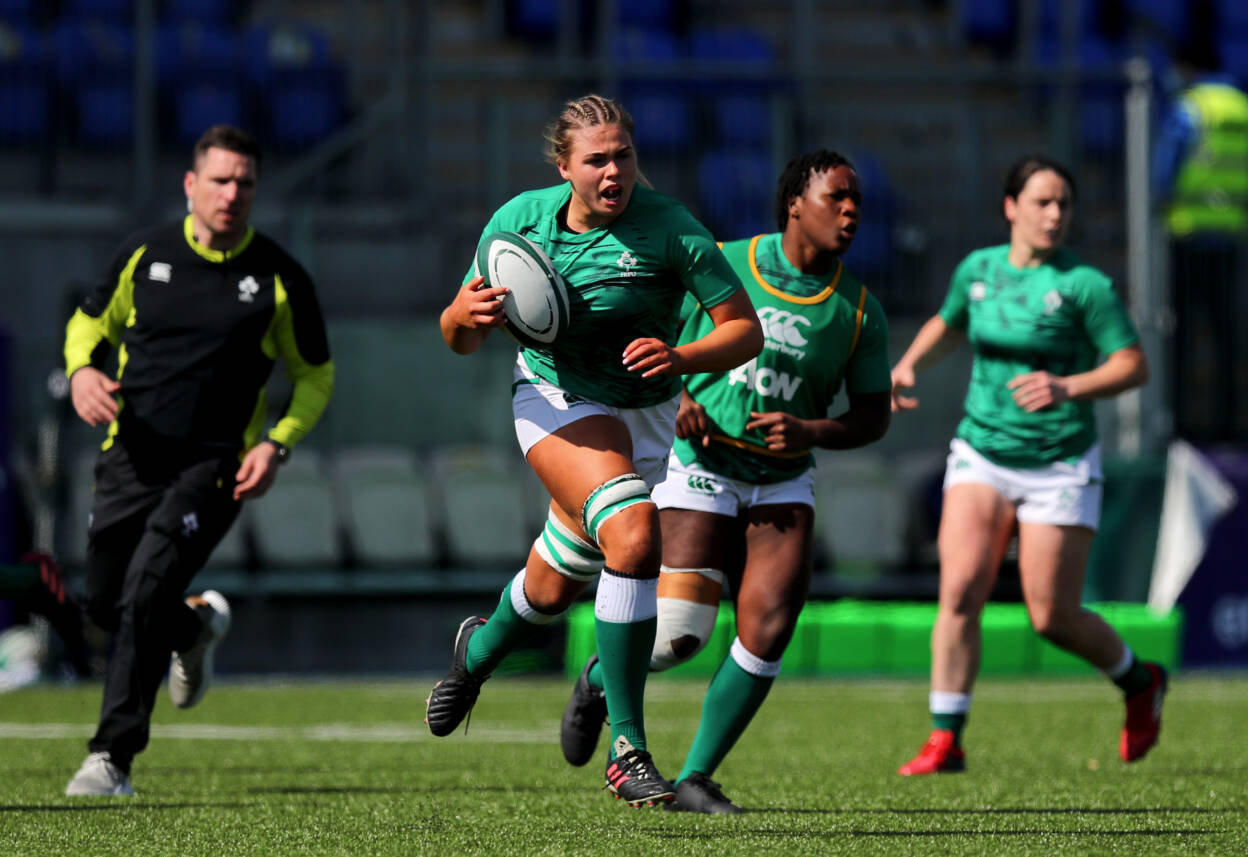 With the ambition of super-charging the schedule for players, fans and the host nation, the tournament window, including preparation ahead of the first match, will be extended from 35 to 43 days resulting in all teams having a minimum of five rest days between matches. This aligns with the approach recently approved for the men’s competition.

The extension of the tournament window, also allows for a revamped tournament format that will see all matches take place on Saturdays and Sundays, with no overlap, meaning fans will not miss a moment of the first women’s edition of a Rugby World Cup to be hosted in the southern hemisphere.

With the tournament starting later in the year, players and fans will benefit from warmer weather and longer daylight hours. The pool phase will be played on the weekends of 8-9, 15-16 and 22-23 October, 2022 at Eden Park, Northlands Events Centre in Whangārei and Waitakere Stadium.

The quarter-finals will take place on 29-30 October followed by semi-finals on Saturday, 5 November. The bronze final and RWC 2021 final will be played on Saturday, 12 November, with Eden Park set to create history by becoming the first stadium to host both the men’s and women’s Rugby World Cup finals.

A detailed match schedule and broadcast timings will be announced at a later date. 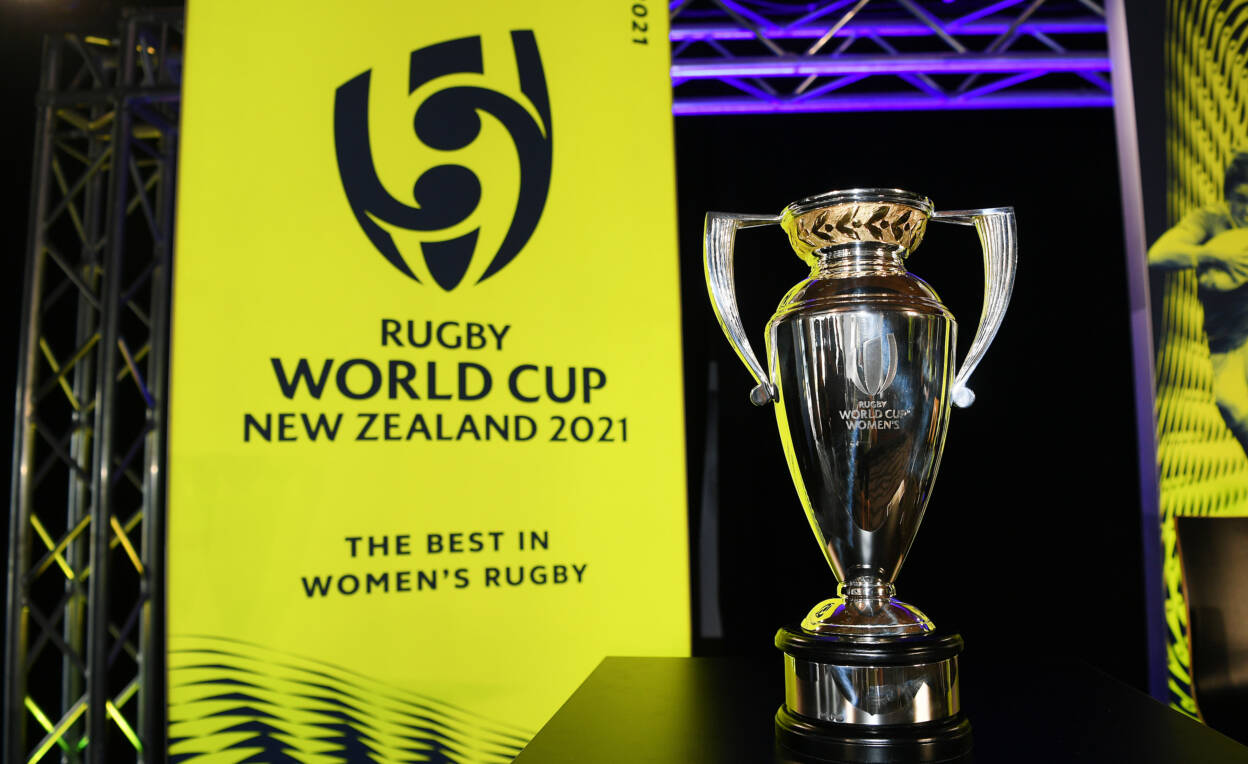 In addition to the revised tournament dates, World Rugby has also unveiled new tournament brandmarks retaining reference to 2021, the year the tournament was originally intended to take place, while conveying to fans and audiences that the tournament will now be played in 2022. A bespoke te reo Māori version of the new brandmark has also been designed for tournament promotion in New Zealand. This reflects the importance of te reo as an official language of Aotearoa, New Zealand and to signify the desire to celebrate the unique Māori culture for all those connected with the tournament.

World Rugby Chairman Sir Bill Beaumont said: “We are fully committed to accelerating the women’s game at all levels and while the postponement was disappointing for everyone, it has provided the unique opportunity to review every aspect of the event to ensure it is the best it can be for the players, fans around the world and the wonderful and enthusiastic New Zealanders.

“Longer rest periods between matches for all teams is further commitment to delivering comprehensive player welfare standards at RWC 2021.

“I would like to thank all stakeholders for their support and open-minded approach to this process and we can now look forward to a truly spectacular Rugby World Cup 2021, playing in 2022.”

International Rugby Players appointee to the RWC Board, Melodie Robinson, said: “While it’s disappointing that the 2021 tournament had to be postponed, the positive is that we’ve been able to ensure the 2022 event and subsequent Rugby World Cups will have a minimum five-day turnaround for players.

“Just like the men’s tournament, this will hopefully help to level the playing field for all sides and see an increase in competitive matches.”

Rugby World Cup 2021 Tournament Director Michelle Hooper said: “We are delighted that together with World Rugby we have been able to further super-charge the women’s game here in New Zealand with the confirmation of the new dates in 2022 and the amendments to the tournament format. We are excited to be hosting Rugby World Cup here in Aotearoa, New Zealand.

“The momentum for women’s sport is continuously building and we look forward to demonstrating this to the world through the unstoppable energy that will be on display during Rugby World Cup in 2022. We can’t wait to welcome the world’s best women’s rugby players to our shores and share the Manaakitanga so intrinsically linked to our people and our place and rugby in Aotearoa, New Zealand with them and their fans.”

In a commitment to delivering an outstanding Rugby World Cup 2021, playing in 2022, earlier this year World Rugby announced a £2 million funding package to support a Rugby World Cup 2021 high performance preparation and competition programme for qualified teams and teams still competing in the qualification process.

The programme will focus on providing teams with additional monetary support to deliver additional team training camps and coordinating international competition to give them the greatest opportunity to be at their best in New Zealand next year. Further details will be announced at a later stage.