Ireland Men’s Sevens have been paired in Pool A alongside Samoa, Tonga, Zimbabwe and Mexico for June’s World Rugby Sevens Repechage in Monaco, as Anthony Eddy‘s side bid to book their ticket to the Tokyo Olympic Games.

The final Qualifying tournament for the Games will take place at the Stade Louis II on 19-20 June 2021.

Following this morning’s Pool Draw in Monaco, Ireland will face Samoa, Tonga, Zimbabwe and Mexico next month, with the top two teams from each Pool progressing through to the knockout stages, culminating in the final with the winner booking their place on the plane to Tokyo.

The Ireland Men’s and Women’s squads for this weekend’s tournament will be announced later on Tuesday. 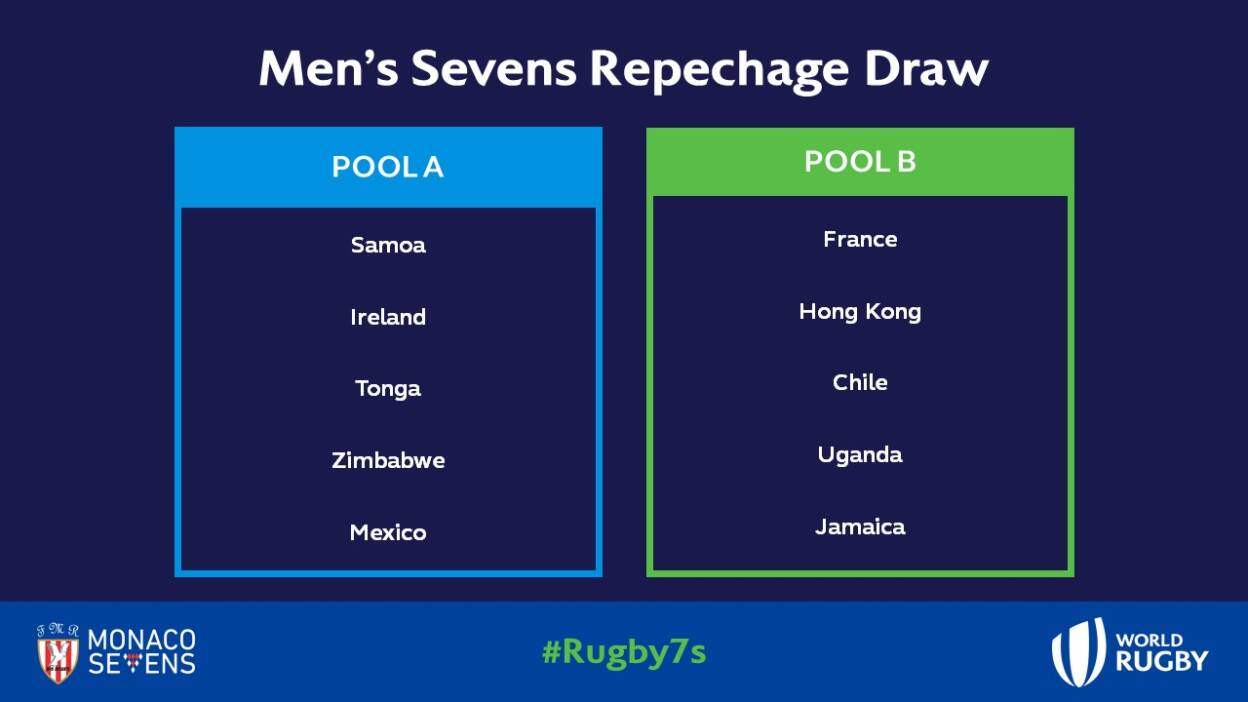