One of the most experienced and battle-hardened players within the squad, Ireland centre Sene Naoupu found herself thrust into a key leadership position during yesterday’s clash with Italy.

Following the 13th-minute injury-enforced departure of Ciara Griffin, Naoupu took over as captain – a role she has regularly filled in the blue of Leinster in the recent past.

She did spend 10 minutes of the first half in the sin-bin, but the Old Belvedere star served as an ideal deputy for Griffin.

Having encountered so much disruption in the past 14 months due to the Covid-19 pandemic, she was delighted to finally get a consistent run of games under her belt in this year’s reformatted Six Nations Championship.

Speaking after Ireland’s 25-5 play-off victory, Naoupu commented: “We’re really grateful to have games. It’s a huge honour to play in the Six Nations like this. To come away with two wins from three games, after a big spell with the massive dedication from a 40-plus squad, players, management.

“We’re really pleased with this result before a six-week break for us. We’re in a position where we appreciate that we have games.

“Where we want to be is something around our private success. We’re a squad that’s building and we’ve needed to add layers after such a long spell. Over eight months of high and lows, that we’ve experienced.

“From a private experience, that only ourselves will know. The reality is, results-wise, two wins from three against three really tough opposition is positive.” 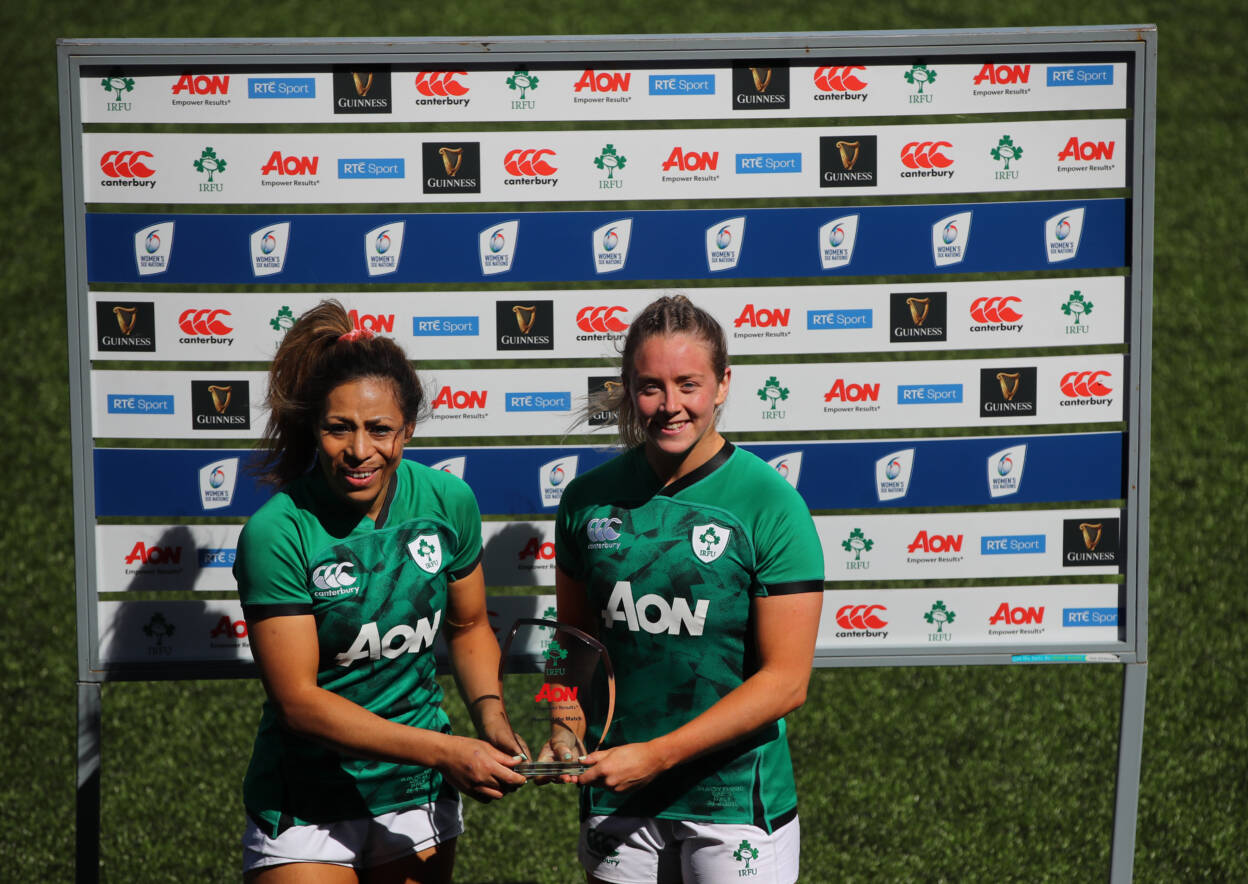 While the performance was not perfect on the day, the final result was an encouraging response to last week’s heavy defeat to France at the same venue.

With a comprehensive bonus point triumph over Wales also thrown into the mix, Naoupu feels the squad’s objective for the campaign has been reached.

I would sum it up as we achieved two wins from three, which was our target. I would deem it as a private success for us, but we always expected that we needed to understand where we were as a squad, based on the opposition.

“We know where we need to be better at and to work on coming into the end of the year with the Rugby World Cup qualifiers.”

Despite suffering a morale-sapping loss to France, the eventual runners-up, in Donnybrook last week, Naoupu argues it is a game that could benefit this Ireland squad in the long run.

Given the status of the French team – fourth in the world rankings and regular challengers for the Six Nations title – she believes it was the best way to judge their current level of performance.

“When we come up against a team like France, 100% one of the best in the world, it’s the pressure we’ve needed to execute certain things. At times, games and scores don’t reflect the performance,” admitted the 37-year-old.

“It only takes a couple of errors and we’ve needed those games to understand where it is that we need that level of detail to execute under pressure. Apart from that, we’re building quite well.

“In terms of today, we needed to turn a page from last week. We felt that we did that in most parts. Certainly not all the parts. There’s certainly things, let alone the skills, from a discipline point of view that we’re well aware that we need to be a bit better at. 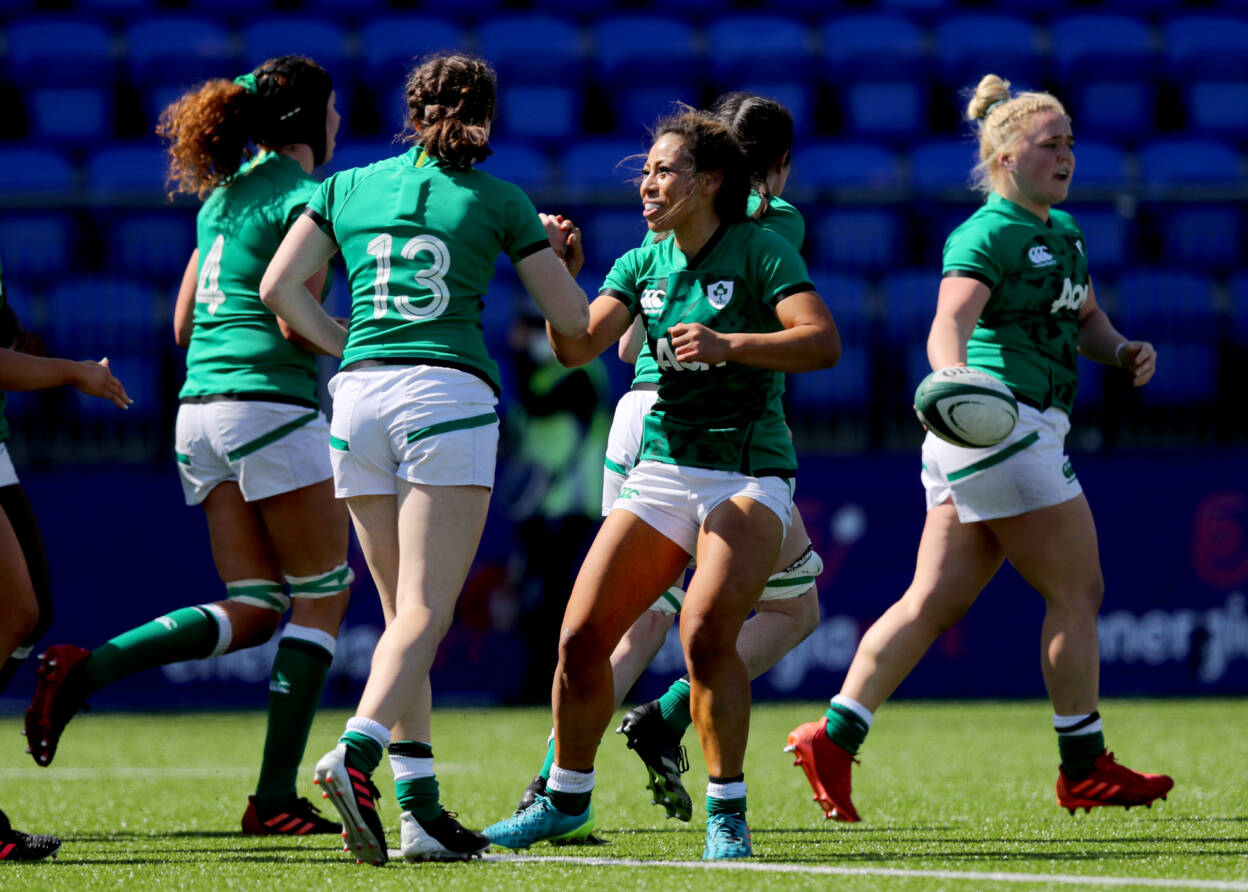 “I 100% believe we have the squad depth. We have quality coaching and we have the facilities, with the roof over our head, where we can actually practice more than we probably could ever before.

“We’re on a journey where we’re building and we’ve needed these three games to execute. To also not execute, so we know where we’re going.

“We know where we’ve gone wrong and we know where to be better. This Championship, while it has been a huge honour, it has actually served its purpose for the next block after the six-week break.”

Although it is not yet known when Ireland will embark on their World Cup qualifying quest, the squad will – as Naoupu mentions above – reconvene in June at the IRFU’s High Performance Centre in Blanchardstown. She added:

It will give us a chance to reflect on the journey that we’ve been through and then to re-assess. Be focused on the next block, where we’ll head into something that all of us have been working towards, which is the World Cup qualifiers.

“In terms of working hard to make the squad in the first place, all of us will be competing for places in that national squad all over again.

“It’s something that each of us pride ourselves on, how competitive the squad is. To then make that squad is the build on to the World Cup qualifiers towards the end of the year.”