Ciara Griffin is ready to ‘turn the page’ at Energia Park on Saturday as the Ireland Women finish off their Six Nations campaign with a play-off against Italy (kick-off 12pm).

A seven-day turnaround ensures there was not much time to dwell on their heavy defeat to France, and attention now switches to ending the tournament on a high.

Ahead of the battle for third place, Griffin said: “It’s all about turning the page and that’s what we’ve to focus on. We’ve a job at hand. France is done and we’ve Italy to focus on now.

“That is what we’re focused on here. There’s a very good mood in camp, people are champing at the bit to put in a good performance this weekend. Right a few wrongs from last week.

“Focus on us, our process and what we can do. That’s the main thing really. People have turned the page and are looking to put in a good performance, focus on us.

“Every chance you have to play a game, you want to do well and perform well. Especially at home. We want to finish strong. A top-three finish, that has been our aim.

“That has been our target. Nothing stops there, we go out with a job to do. That’s to finish third and put in a good performance at home.” 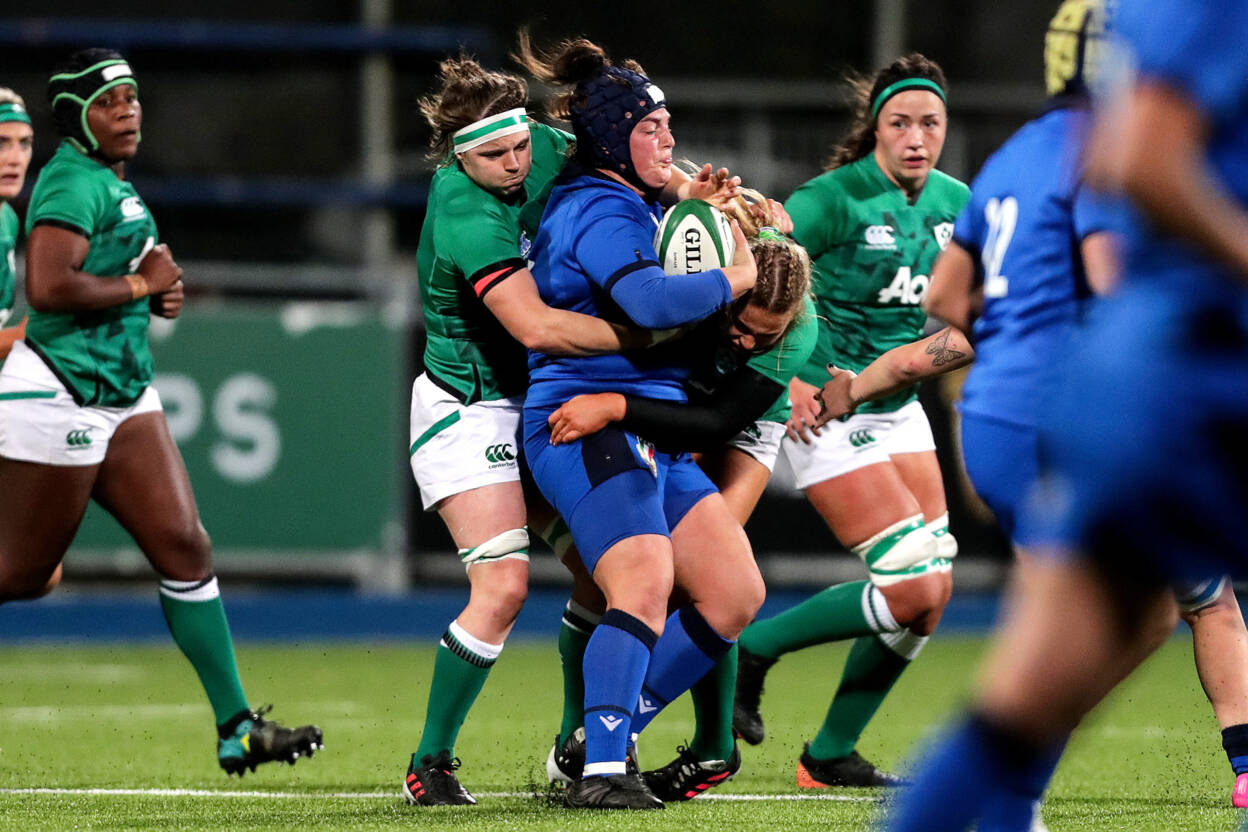 Like Ireland, Italy find themselves in the 3rd-4th place match as a result of finishing second in their pool. Following an opening day loss to defending champions England, the Azzurre responded with a 41-20 victory over Scotland in Glasgow.

They made Ireland work for a 21-7 win in Donnybrook six months ago – a much-delayed game in the 2020 Championship – and Griffin feels the Italians have pushed on significantly since then.

Italy, you can see they’ve improved massively from when we played them there in October. You can see that. We’ve a job to do at the weekend and I thought they did very well in the two games.

“We have our homework done on that and what we can do. They played well against England and they had a strong game, as you saw then, against Scotland.”

While seven players in the Irish pack will be starting their third successive Test of 2021, there is one addition to the back row. Joining Dorothy Wall and Griffin in the loose forwards will be Old Belvedere’s Brittany Hogan.

She won her first 15s cap when Italy last visited Dublin last October, replacing Nichola Fryday during the final quarter. A native of Killinchy in Co. Down, Hogan is equally adept in the second row, but is selected at openside flanker for tomorrow’s clash.

“Always trying to do her best. Looking forward to seeing her go tomorrow and I’m sure we’ll see the energy you see off the bench and that impact. We’ll just see it from the first minute tomorrow.” 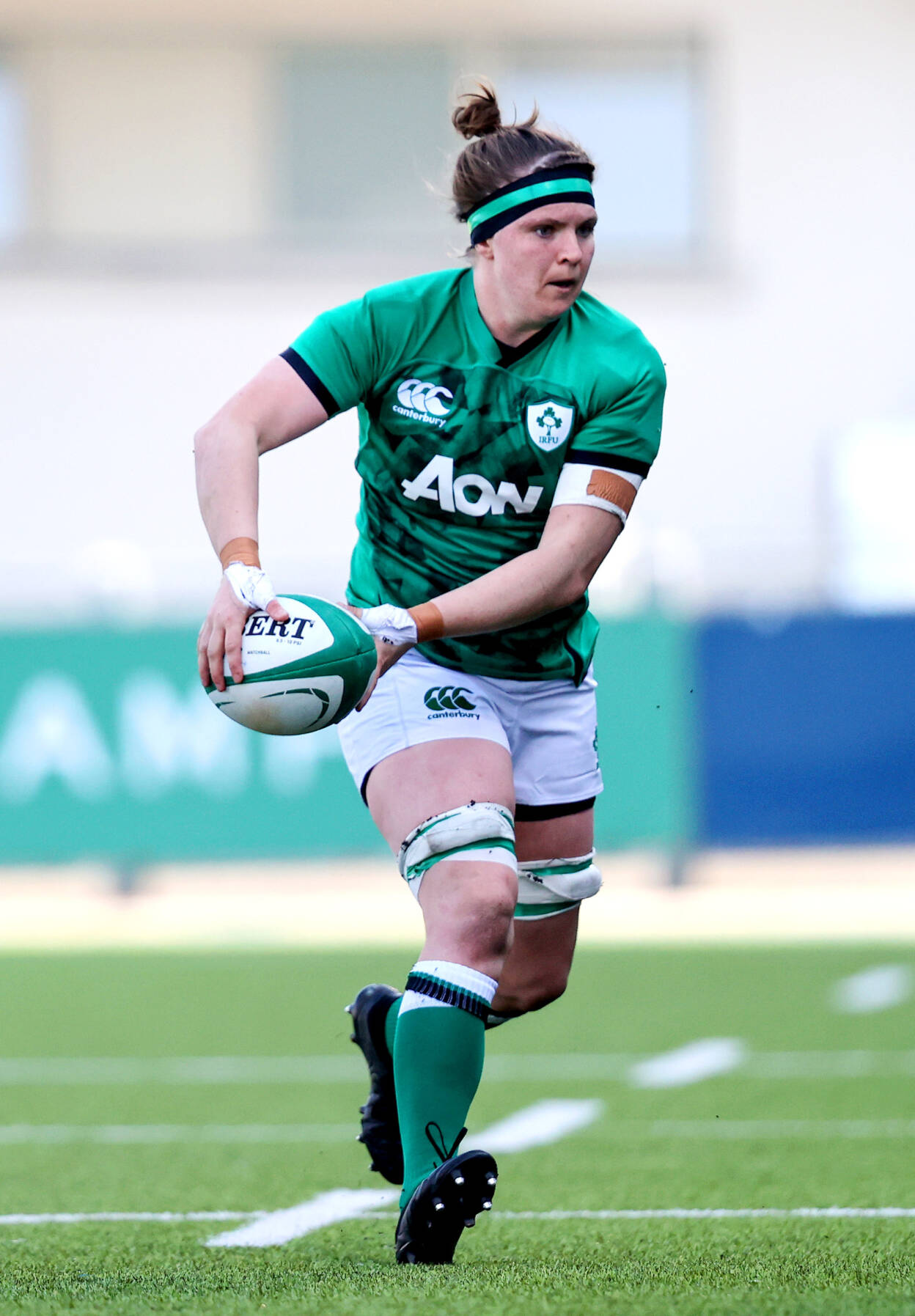 Originally set to take place at Stadio Sergio Lanfranchi in Parma, the IRFU reached an agreement with their Italian counterparts for the play-off to take place in Dublin instead. Griffin and the rest of the squad had been aware that such a switch was in the pipeline.

Given that that Irish players would have faced a period of quarantine afterwards if it had gone ahead in Italy, it came as an understandable relief when the fixture was switched Energia Park. The Ireland captain added:

It’s great that it’s home. It’s just the world that we’re living in at the moment, but we’re excited to be in Donnybrook again and looking forward now to crossing that whitewash and putting in a performance.

“We were aware that was a possibility (the change of venue), so we were focused on that. It wasn’t a shock to us.”