Ireland Women’s head coach Adam Griggs admitted there is a sense of relief within his squad that they can play Saturday’s Six Nations play-off against Italy on their home patch.

Originally, this encounter was set to take place at Stadio Sergio Lanfranchi in Parma. This would have posed a considerable headache, as a period of quarantine is required for all those returning from Italy to Ireland.

However, following negotiations behind the scenes between the country’s two rugby unions and the Irish authorities, Energia Park in Donnybrook has been given the go-ahead to host the battle for third place.

Speaking during a press conference earlier today, Griggs said: “We’ve been adaptable this last six months but I won’t lie, we were all a bit on edge just until it was finally confirmed for us. Again, we don’t want to have last week as our last performance.

“We want to make sure we can go out this week and rectify some of the mistakes we made and really finish off in a strong way. We love playing at home. I think as well, you look even at the preparation from today in camp and through to Saturday.

“We know the hotel well, we know the staff there. They’re always a good energy boost for us. I think that’s the comforts you get from playing at home. We’re delighted to be there.”

While third spot in the Championship is up for grabs this weekend, and both teams will be battling for Rugby World Cup qualification later in the year, Griggs acknowledges a win would simply serve as a confidence boost in the wake of the heavy defeat to France.

We’re licking our wounds a little bit from last week, but we’ve turned the page now and we’re moving into this week.

“We know Italy will be an opponent for us in those qualifiers so it’s about laying down a marker. Again, it’s more our internal standards and what we’ve got as targets this week that we need to make sure we hit.

“If we can come off the pitch and look each other in the eye, and know that we did that, I’m sure the scoreboard will reflect that.”

While 12 of the selected team will be making their third successive starts in 2021, the Ireland coaches have brought in three fresh players for the visit of the Azzurre.

Having enjoyed cameos off the bench in recent weeks, Amee-Leigh Murphy Crowe, Stacey Flood and Brittany Hogan are all handed their first starts in an Ireland 15s jersey.

Murphy Crowe made her 15s debut against France last week, Flood’s bow came in the bonus point victory over Wales a week before that, whereas the versatile Hogan picked up her first cap against Italy in Dublin last October.

“Over the last six months, we’ve talked about the depth of this side and building competition. I wouldn’t be true to my word if we weren’t giving some of these other players a shot,” acknowledged Griggs.

“Certainly, when you look at Stacey, I think she’s come on and made a real difference for us in the last two games. In that (number) 10 position throughout the week, it’s really important that you take control and ownership of how the team is steered.

“Hannah (Tyrrell) has had that opportunity the last couple of weeks and this week we thought it was a good time to see how Stacey goes leading the team.

“Similar with Brittany. She’s been really good coming off the bench as well in her two performances. We see her as kind of a hybrid that can cover that second row but also her future is probably as a back rower.

“She’s very dynamic, a good ball carrier and really solid at the breakdown. It’s about giving these players an opportunity to start and perform themselves.” 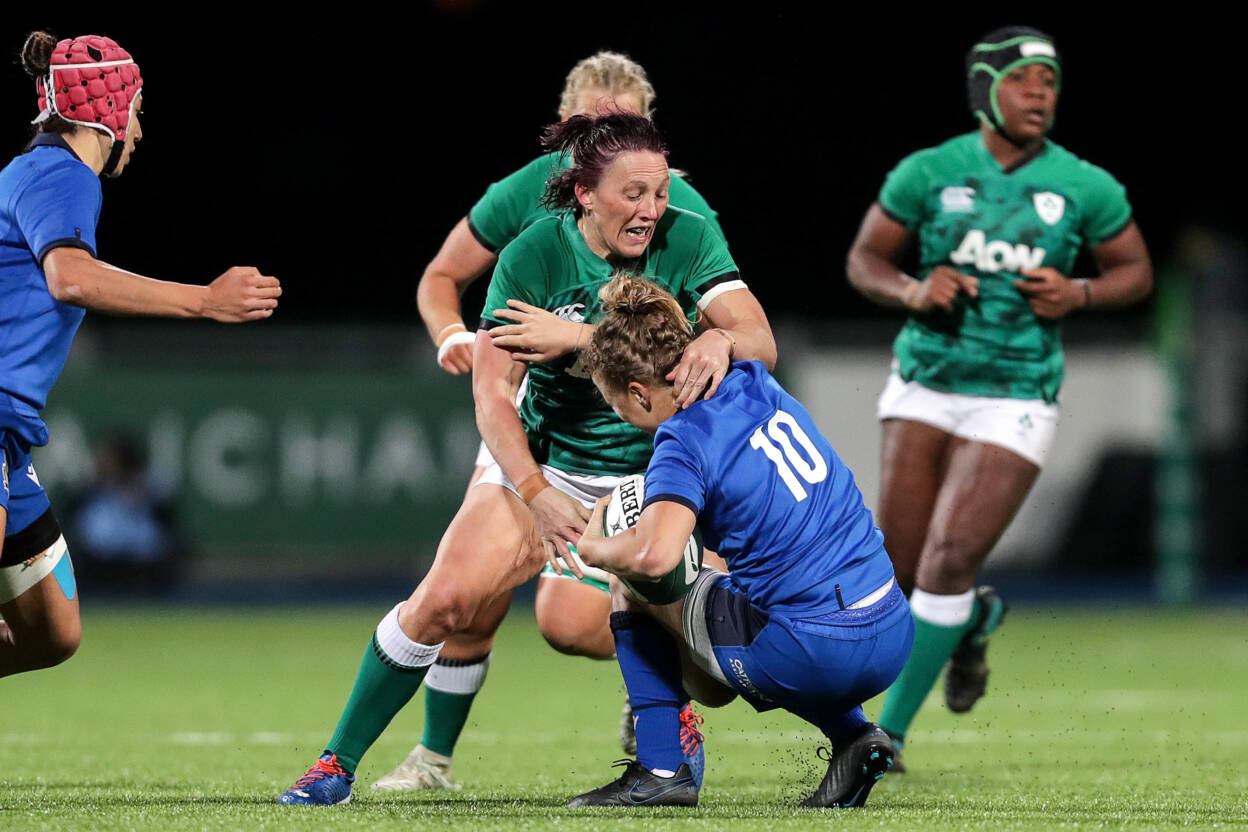 Six Nations runners-up in 2019, Italy come into this game on the back of a convincing 41-20 triumph over Scotland. Having already faced them three times during his coaching reign with two home wins and one defeat on the road, Griggs is acutely aware of the threats they possess.

“We’ve done our due diligence around our scouting and analysis on Italy. I think on both sides of the ball, if we’re defending, there’s opportunities for us to put them under real pressure,” added the New Zealander.

“Vice versa, we see some opportunities in attack that we have to make sure we exploit. One of our big messages this week is that we’ve got to be able to pull the trigger.

What I mean by that is, if we see an opportunity, we can’t wait. I think we identified a couple of chances that we had against France that we were a phase too late or we got the ball turned over.

“We just can’t be that inconsistent. We’ve got to see the opportunity and pull the trigger early this week. Italy have had a really good performance last week. They did well against England, albeit not on the scoreboard, but we know they’ll come to play as well.

“We’ve put a real focus on ourselves this week and making sure that we perform, and some of the internal standards we set and the goals that we’ve marked out, we’ve got to make sure that we can perform on Saturday.”