Ireland Women’s head coach Adam Griggs is confident his side are capable of building on their explosive start to the Six Nations when France visit Energia Park on Saturday (kick-off 2.15pm).

Ireland were emphatic 45-0 winners against a well-beaten Wales at Cardiff Arms Park last week, with seven tries accumulated over the course of their Pool B opener.

Their final round opponents in Donnybrook had a similarly-comprehensive success against the Welsh, emerging as 53-0 victors a fortnight ago, but morale is high within the Irish camp ahead of their first home game of 2021.

“I think it’ll be a great game to watch. I think we showed that we can play rugby and as I said, we’re learning more and more each time. The more game-time we get, the better we’ll be,” insisted Griggs.

“I think this game comes to us at a good time. We’ve been able to get a good start and then this week, we’re at home which means we can have the comforts of our surroundings.

“We’re pretty confident that we can take a step up from last week. People were talking about the great start while we know we’ve got more in us.”

47-17 winners when the sides last met in Donnybrook – the fourth round of the 2019 Six Nations – there is no doubting the attacking threat that Annick Hayraud’s Bleues will pose. Nonetheless, Griggs wants his charges to impose their own game-plan on the visitors.

We still have to lay the platform. For us, to get the ball to those edges, we had a really good set piece that allowed that. Our big work-ons are the decision-making.

“That, if we don’t quite create that front-foot ball, what’s the next decision we can make and how can we, firstly, have some patience and build phases that’ll eventually get it out there?

“We definitely need to keep some variation in us and without letting too much on, we’ve got a game-plan this weekend that we hope we can execute and show that.”

Of course, Ireland’s ambitions stretch well beyond the realm of the Six Nations in this calendar year. The Rugby World Cup qualifiers are expected to follow later in the year and Griggs will be eager to lead his troops into the global tournament in his native New Zealand in 2022.

With this mind, he is keen to stress the value of performance over results – even if he has a burning desire for the latter to come true this weekend. 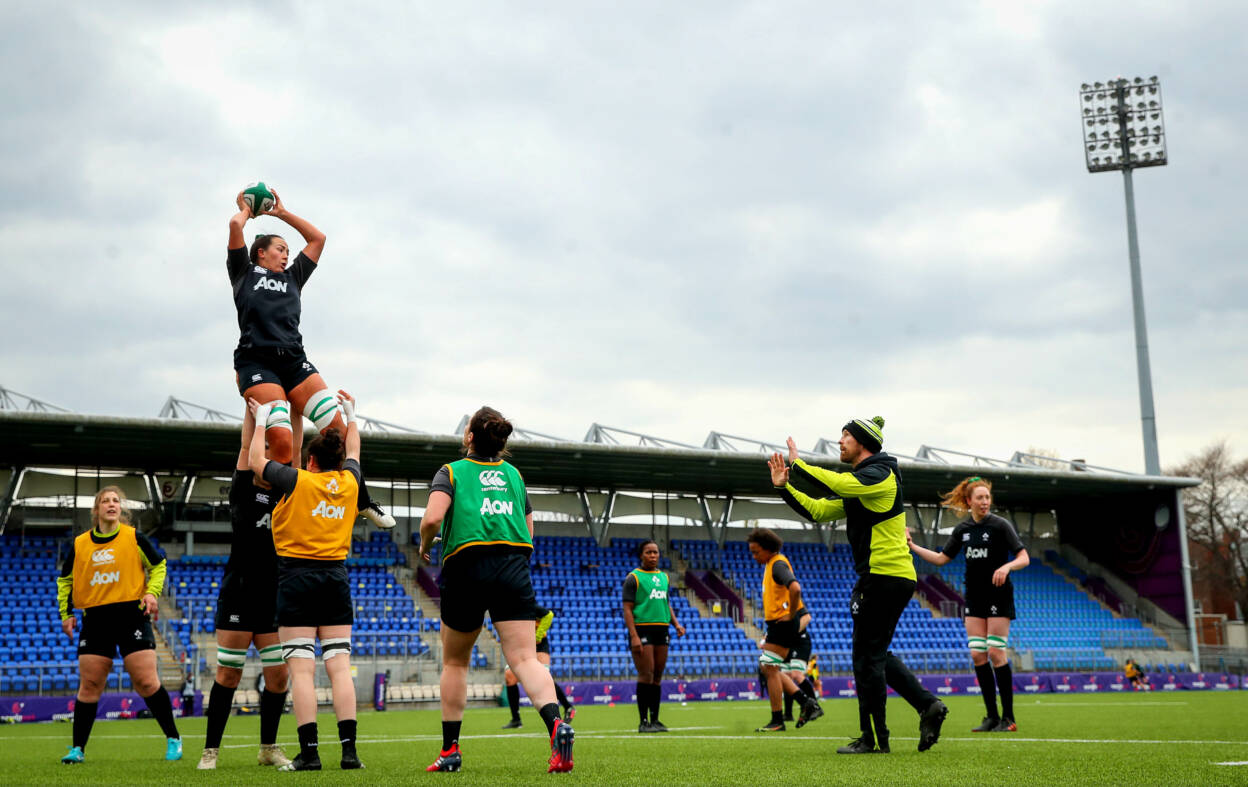 “For us, I’ve spoken about us getting better performance by performance and game by game. As a group, we’ve set ourselves some targets and some focus points in attack and defence, that we want to make sure when we walk off the field, we know we’ve nailed it,” he explained.

“I speak to the group quite a lot about that. Whether you’re the wider public or a journalist or an ex-coach, you won’t quite know exactly what we talk about.

“So, it’s important for us to focus on the group that is there talking about the detail. Day in, day out. So that when we walk off the field and we do our review, we can look each other in the eye and say, ‘I nailed my detail, I was on the ball and that should lend itself to a good performance for us’. That’s certainly what we’re concentrating on.”

In last Saturday’s opening clash with Wales, Griggs got plenty of return from his replacements bench. Half-back pair Stacey Flood and Emily Lane impressed on their 15s international debuts and have retained their places in the matchday 23 this week.

The former Lansdowne and Leinster ‘A’ scrum half places great emphasis on the impact of his replacements, and will be hoping that Amee-Leigh Murphy Crowe can bring her electrifying Sevens form into the 15s game, if called upon.

Portlaoise native Emma Hooban is also in line for her first appearance in an Ireland jersey since March 2019 – she provides back-up to first-choice hooker Cliodhna Moloney. 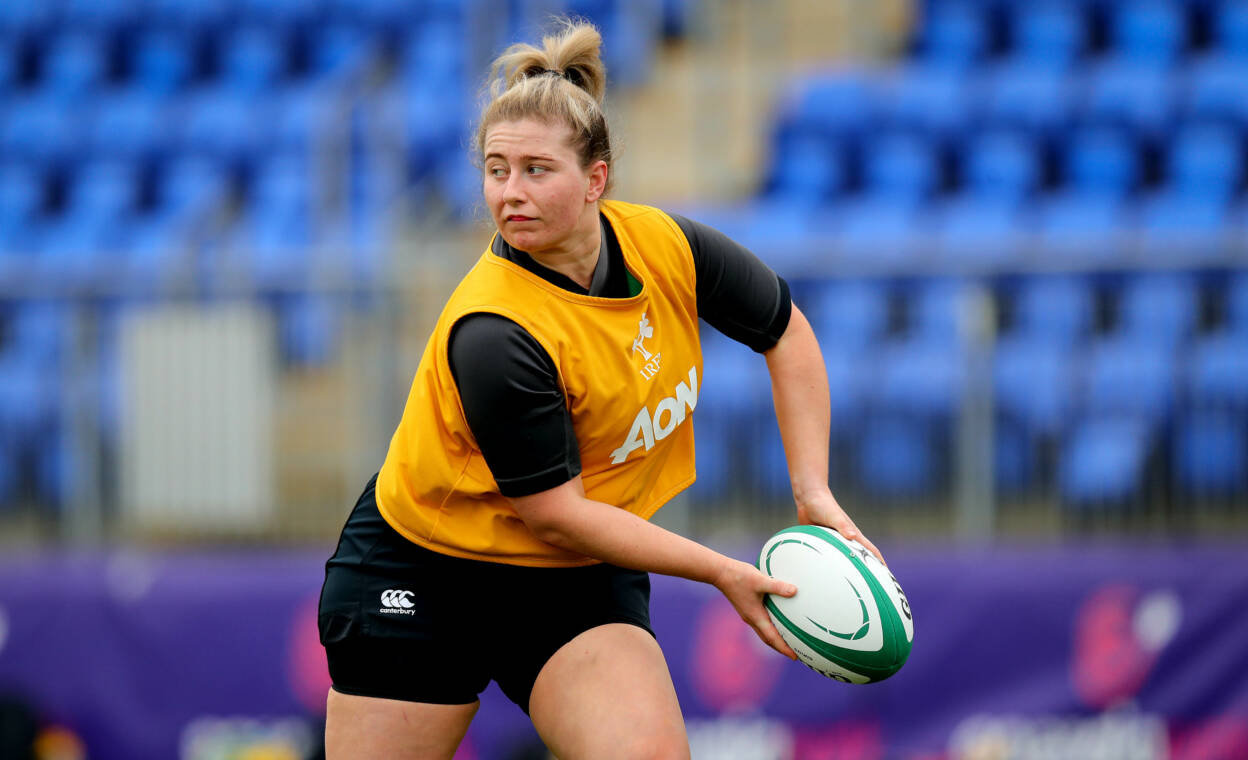 “I always talk about the bench being our spark plugs and making sure they bring a point of difference and energy,” added Griggs.

“The message to them always is, ‘you have an opportunity to see how the game is unfolding and you’ve got to make sure you go on there and change the picture of what’s been happening before you’.

That’s always been really important and I think when we went back over it individually, our bench all added impact last week. They did that as the game unfolded and that second 40, the collective understanding probably fell away a little bit.

“Our core skills let us down where we let Wales off the hook. But I thought each individual did really well and did what they were asked. I think each player on the bench is a good solid rugby player that will add to this group.

“I’m happy that as they’re watching the game, they know what’s required of them to change things up and add that energy. I’m pretty comfortable with them coming on and adding that.”