Cormac Izuchukwu and Brad Roberts become the latest players to commit to Ulster ahead of the 2021/22 season.

Izuchukwu, the 21-year–old Ulster Rugby Academy lock, has impressed this season since making his senior debut off the bench in February’s away victory over Glasgow Warriors.

The Ireland Sevens international earned his first start the following month in the 49-3 demolition of Zebre at Kingspan Stadium.

With a journey to Ulster that has included a stint in Scotland with Kelso RFC, Izuchukwu has already showcased his talents at international level through his involvement with the national Sevens squad.

On his deal, which will see him spend one year as a development player before being upgraded to a senior professional contract, he said:

Ulster is where I have learnt all of my 15s rugby, so I’m looking forward to reflecting the ethos and skills set that I’ve gained through my time with the province so far on the pitch in the years ahead.”

Ulster head coach Dan McFarland commented: “Since joining the Ulster Academy, Cormac has impressed everyone with his rapid development.

“Despite not having an extensive amount of rugby experience, his athleticism and hunger to learn have already paid dividends in terms of what he has achieved both with the senior team, as well as the ‘A’ team, on and off the field.” 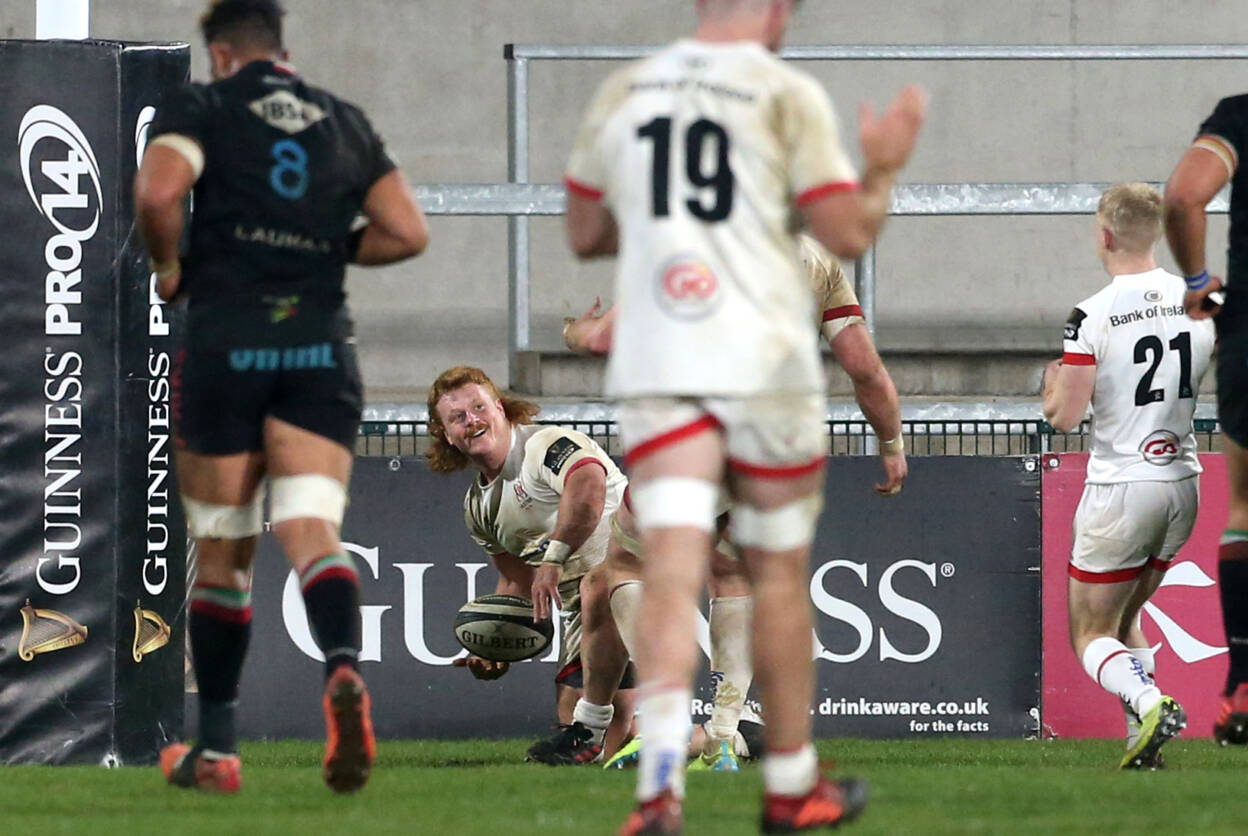 Hooker Roberts has featured in wins over Edinburgh and Connacht in the Guinness PRO14 since joining the Ulster senior squad from Rainey Old Boys RFC as injury cover.

The 25-year–old, who hails from Durban, South Africa, has been part of the Rainey set-up since 2017. He played a pivotal role in the club’s promotion to Division 2A of the All-Ireland League in 2018/19.

Speaking about his one-year deal, Roberts said: “I’m delighted to be starting my journey as a professional rugby player with Ulster. It’s an exciting time to be at the province, and I’m looking forward to growing as a person and as a player.”

McFarland added: “Brad has made an important contribution to the squad since he joined us earlier this season from Rainey Old Boys.

It’s impressive how he has seamlessly transitioned from the club to the professional game – and given the hard work he has put in, particularly around his role in the lineout, it’s great to see this rewarded with a professional contract for the season ahead.”