Following a period of several months with just training camps to sustain his troops, Adam Griggs is delighted to be on the cusp of his 18th game as head coach of the Ireland Women’s team.

Cardiff Arms Park is the venue for his side’s first outing in a restructured Women’s Six Nations. Griggs has noted the obvious excitement amongst the squad ahead of tomorrow’s clash with Wales

“We’re really excited to get going and obviously this is the closest we’ve gotten to a match day,” said the New Zealander, speaking shortly after revealing his team to play the Welsh.

“Even last week we noticed in training, when you’re talking about selection for a squad and the places that are up for grabs, there has been that noticeable edge to us. It’s exactly what you want from the players.”

While Griggs has resisted the temptation to release prolific Sevens star Amee-Leigh Murphy Crowe on the 15s stage for now, Eve Higgins is given the nod to make her debut at outside centre alongside the vastly-experienced Sene Naoupu. 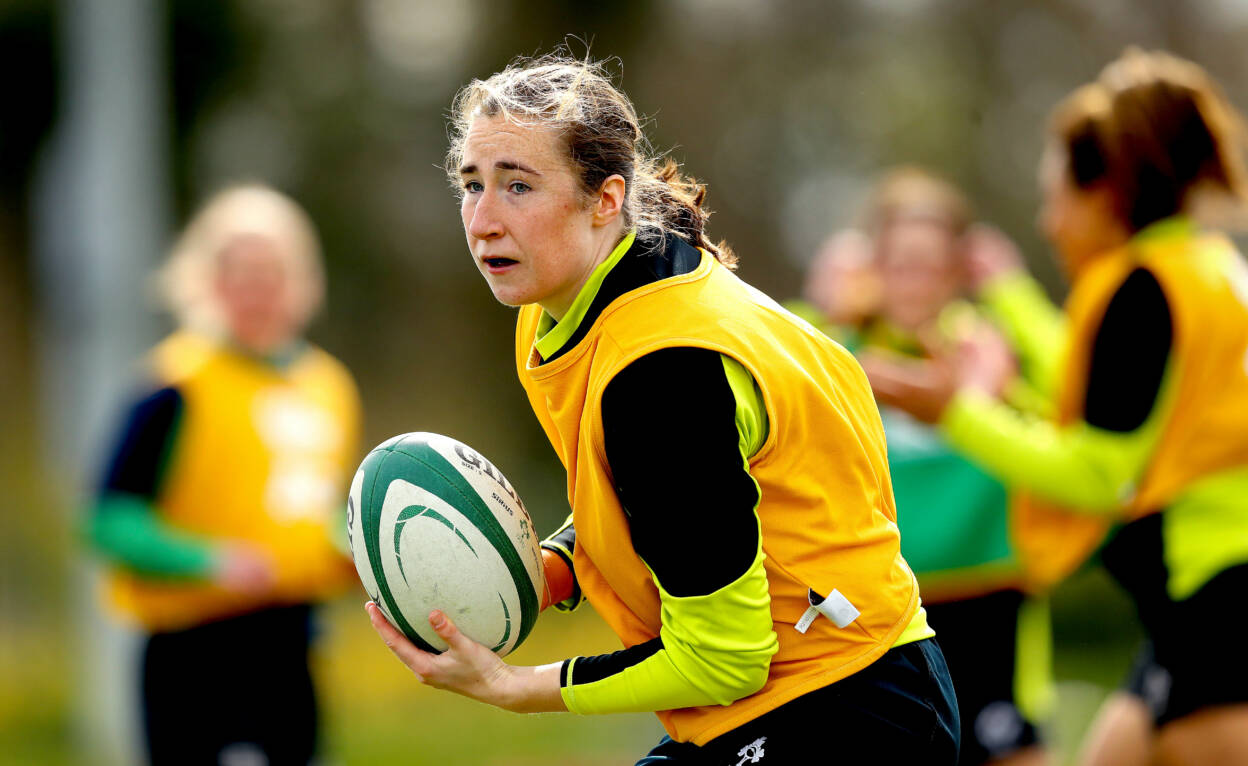 Higgins, a skilful young back, is another convert from the Sevens code, but has spent time in the international 15s camp in the recent past.

She was initially named in the squad for the 2019 Six Nations and also trained with Ireland as a 17-year-old in advance of the 2017 Rugby World Cup. Speaking about the Lucan native, Griggs said:

Eve has been fantastic through training. We’ve asked for these players that haven’t played for us yet to come into training and put their hand up.

“She’s one that certainly grabbed the bull by the horns and really stood out and done well. She earns her spot there (in midfield).

“Amee-Leigh is still a work in progress for us at the moment, but we think that no doubt she has the skills. We’ve seen it on the World Series circuit and there’s just a few adjustments to the 15-a-side game that she’s still learning at the moment. All in due time, I’m sure we’ll see her in.”

There is also a welcome return to the starting XV for Eimear Considine at full-back. The Clare woman was initially set to feature last October against Italy at Energia Park, before a Covid-related issue forced her withdrawal at the eleventh hour.

“Eimear is so talented,” highlighted Griggs. “Again, she’s similar to someone like Amee-Leigh. The more she has been with us, the more she has gotten an understanding of the 15-a-side game.

“Hopefully we see that on Saturday, where she really backs herself and shows all those multi-skilled areas of the game that she has.

“She’s really good in the air, she has good handling. A great open-field runner. Hopefully we can get the ball in her hands and give her those opportunities.”

On the replacements bench, the uncapped duo of Emily Lane and Stacey Flood will be hoping to make their international debuts in the Welsh capital. Aside from prop Laura Feely, who has 16 caps to her name, there is a relatively fresh look to the Irish reserves.

Neve Jones, Katie O’Dwyer and Brittany Hogan have made one appearance each in the green jersey, while Hannah O’Connor and Enya Breen have a combined total of six caps. Nonetheless, Griggs is confident they can all deliver if called upon.

“What we’ve got there is players that have really earned that selection. We look at Brittany Hogan, who only has her first cap last October, but she has trained fantastically well.

“The other one that I think has put her hand up is Hannah O’Connor. If you look back a couple of years, she was, in the interprovincial series, the Leinster player of the season.

“She was top points scorer, she was goal-kicking. She has brought that into camp and really earned her spot as well. Then I look at some of the backs there with Emily and Stacey, who have World Series experience.

“We know they have an X-factor to them. I think they can really add to what we’re trying to do and change a game for us when they get their opportunity.” 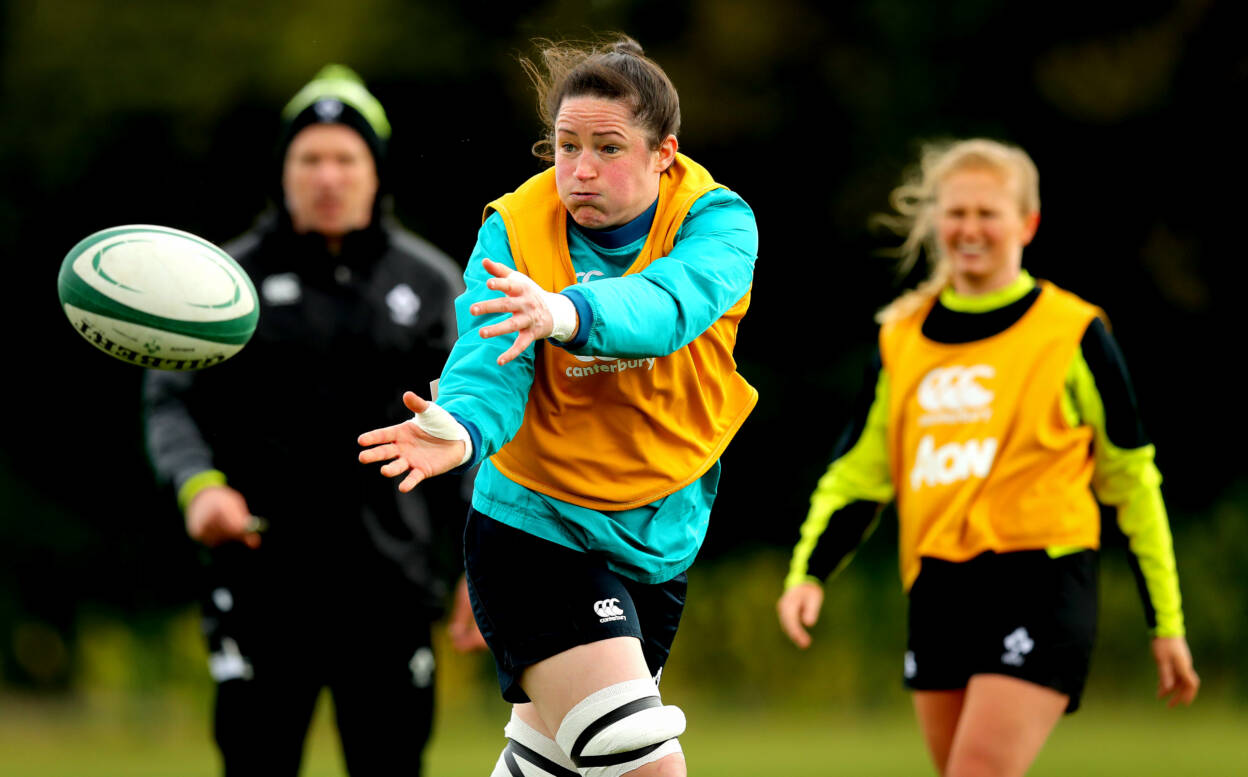 Although this will be Griggs’ fourth Six Nations campaign with Ireland, it will of course be a radically different Championship to the three that have preceded it.

In addition to being in a pool of three teams rather than the traditional round robin set-up, the 2021 Six Nations is being held as a standalone tournament instead of taking place in the same window as the men’s tournament.

Ireland certainly welcome a clear platform for the players to showcase their abilities, but Griggs is eager for a return to the old format of the Six Nations which would give his charges a guarantee of more Test opportunities. He added:

I think that could be a positive for the Women’s game. Over the last couple of seasons, we’ve seen how much it has grown. You look at even domestic rugby, there’s huge growth in the areas of minis, girls and Women’s rugby.

“Something like this, having it standalone, is brilliant. Even this time of year with the weather, it should really promote the game we want to play. I think it’s a good thing.

“I would always push that we keep playing every nation and we’re after as many Test matches as possible. While we understand why the format had to be changed this year, for us we’d certainly like to keep driving that we would play every nation. As we’ve done before.”

The first episode in the limited series is available below or at http://bit.ly/IRFU-POD-1