The 2021 Guinness Six Nations will be remembered as one of the best ever, with breathtaking tries, action-packed matches and dramatic finishes aplenty.

Wales finished with their second title in three years and their first under head coach Wayne Pivac, and now all that remains is for the Guinness Six Nations Player of the Championship to be chosen by fan vote.

Selected by an expert panel of 12 journalists and broadcasters (two from each nation), the six nominees are Tadhg Beirne, Antoine Dupont, Taulupe Faletau, Robbie Henshaw, Louis Rees-Zammit and Hamish Watson.

Vote here for your 2021 Guinness Six Nations Player of the Championship.

Tadhg Beirne went into the 2021 Guinness Six Nations doubting whether he would even make Ireland’s first matchday squad.

Five matches and five big performances later, and there is no questioning just how big a role the versatile forward played for Andy Farrell’s men.

“My goal was just to make the squad and once I made the squad it was very much just to break into the 23,” said the 29 year-old.

Beirne scored tries away to Wales and Scotland, while he also picked up Guinness Six Nations player-of-the-match awards in Rome and Edinburgh. 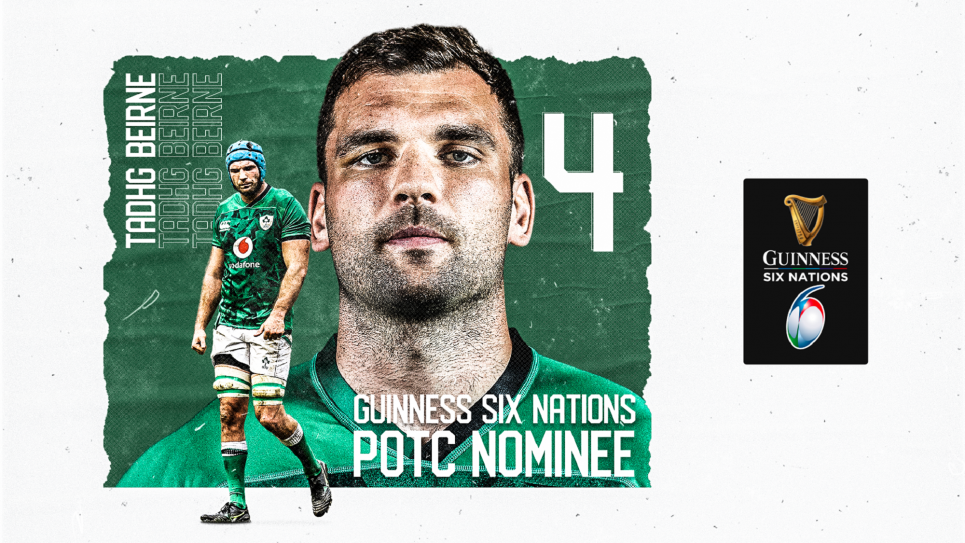 If the 2020 Guinness Six Nations was all about announcing himself to the world, then 2021 was the year Antoine Dupont proved his class was no one-off.

Being named the Guinness Six Nations player-of-the-match in the opening game of the Championship saw the 24-year-old set his stall out early, running the show in France’s 50-10 win in Italy with four assists and a try.

A week later, he helped to orchestrate France’s first victory in Dublin for a decade, including the match-winning turnover before scoring a try and setting up another away to England in round 4.

A scintillating opening 20 minutes against Wales in Paris saw the two title contenders score two tries apiece, with Dupont getting France’s second after being fed by Matthieu Jalibert.

Just three players – all of whom are wingers – beat his haul of three tries across the Championship, but nobody could match Dupont when it came to his five assists, four in one match alone.

When it comes to the Guinness Six Nations, Taulupe Faletau has been there, done it and got the T-shirt.

But after another winners’ medal, it is fair to say the number 8 is playing some of the best rugby of his brilliant career.

If it was not for Louis Rees-Zammit’s try-scoring heroics against Scotland, Faletau would surely have got more attention as he put in 19 tackles in a superb defensive effort.

Two weeks later, he was named the Guinness Six Nations player-of-the-match for an outstanding performance against England in round 3.

Faletau was at the heart of everything Wales did. He carried 18 times – eight more than any other player in red – and gained a team-high 112 metres. He also shone against Italy and France, helping Wales to another title.

Like Ireland, Robbie Henshaw saved his best until last with an outstanding performance against England in round 5.

The 27-year-old has quietly put together an excellent Championship and he was again superb at the Aviva Stadium, running hard and tackling harder in a lung-busting performance that earned him the Guinness Six Nations player-of-the-match award.

Henshaw’s energy in midfield, defensive solidity and excellence under the high ball all played a part in Ireland turning around their disappointing start to the Championship, and even in their opening defeat to Wales, the Athlone man was excellent, setting up the lone Irish try for Tadhg Beirne. 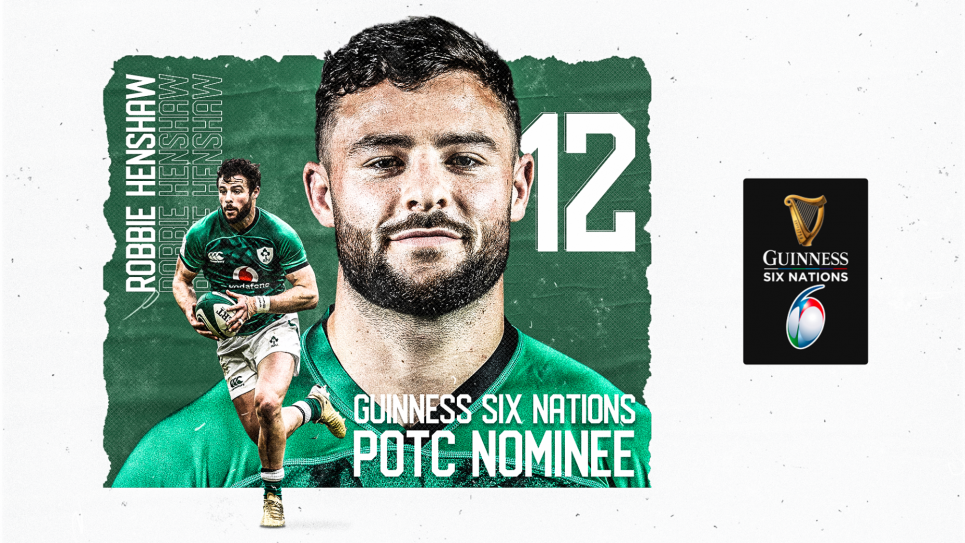 Louis Rees-Zammit was the talk of the town ahead of the 2020 Guinness Six Nations, but head coach Wayne Pivac refrained from chucking him straight in at the deep end, preferring to wait until he was sure the winger was ready. What a decision that has proven to be.

Rees-Zammit’s first proper Championship has finished with four tries, a player-of-the-round award and the Guinness Six Nations title, proving that all the talk was merited.

The winger opened his account against Ireland in round 1, but it was against Scotland a week later that he really grabbed everyone’s attention.

His neat finish in the first half was a nice way to start but his second was a thing of beauty, as he sprinted past Duhan van der Merwe, chipped over Stuart Hogg and then left the full-back for dust as he burst to the line and dotted down.

Italy were also on the wrong end of his blistering pace in round 4, as he ran the length of the pitch after picking off a Carlo Canna pass. It summed up his brilliant Championship.

He was also named the Guinness Six Nations player-of-the-match for his brilliant display against Italy on ‘Super Saturday’.

Vote here for your 2021 Guinness Six Nations Player of the Championship.

Guinness Six Nations Player of the Championship – Past Winners: