Hugo Keenan hailed the performances of Jonathan Sexton and Robbie Henshaw following Ireland’s impressive 32-18 win over England in the final round of the Guinness Six Nations.

Both players – team-mates of Keenan at Leinster – contributed handsomely to the team’s success, with captain Sexton kicking 22 points and centre Henshaw being named the player-of-the-match after a barnstorming individual performance.

Keenan himself stood up to the mark on his 11th successive start in the Irish back-three, but still looks to this experienced duo for inspiration.

“Johnny is an unbelievable player. He’s got that experience, doesn’t he? Slotting those kicks today was just huge,” insisted Keenan, speaking in the aftermath at the Aviva Stadium.

“I know his kicking accuracy this whole campaign has been brilliant, but to keep putting the pressure on England, on a side like that, to keep the foot on their neck was just huge today.

“Keep that scoreboard ticking over and put the pressure on them. That’s what he brings. He’s an unbelievable leader, unbelievable captain. He’s so passionate about the team, so it was great to see him go so well and perform.

“He (Henshaw) was unbelievable today and he has been a standout performer for the whole campaign, in fairness to him. He keeps stepping up game after game, delivering. He can do it all, to be honest.

“He’s a great footballer and he’s big and powerful. He brings that to his defence as well. It’s been unbelievable to see him go so well and he’s someone that I’ve gotten a lot closer to since making my debut. It was enjoyable seeing him play so well.” 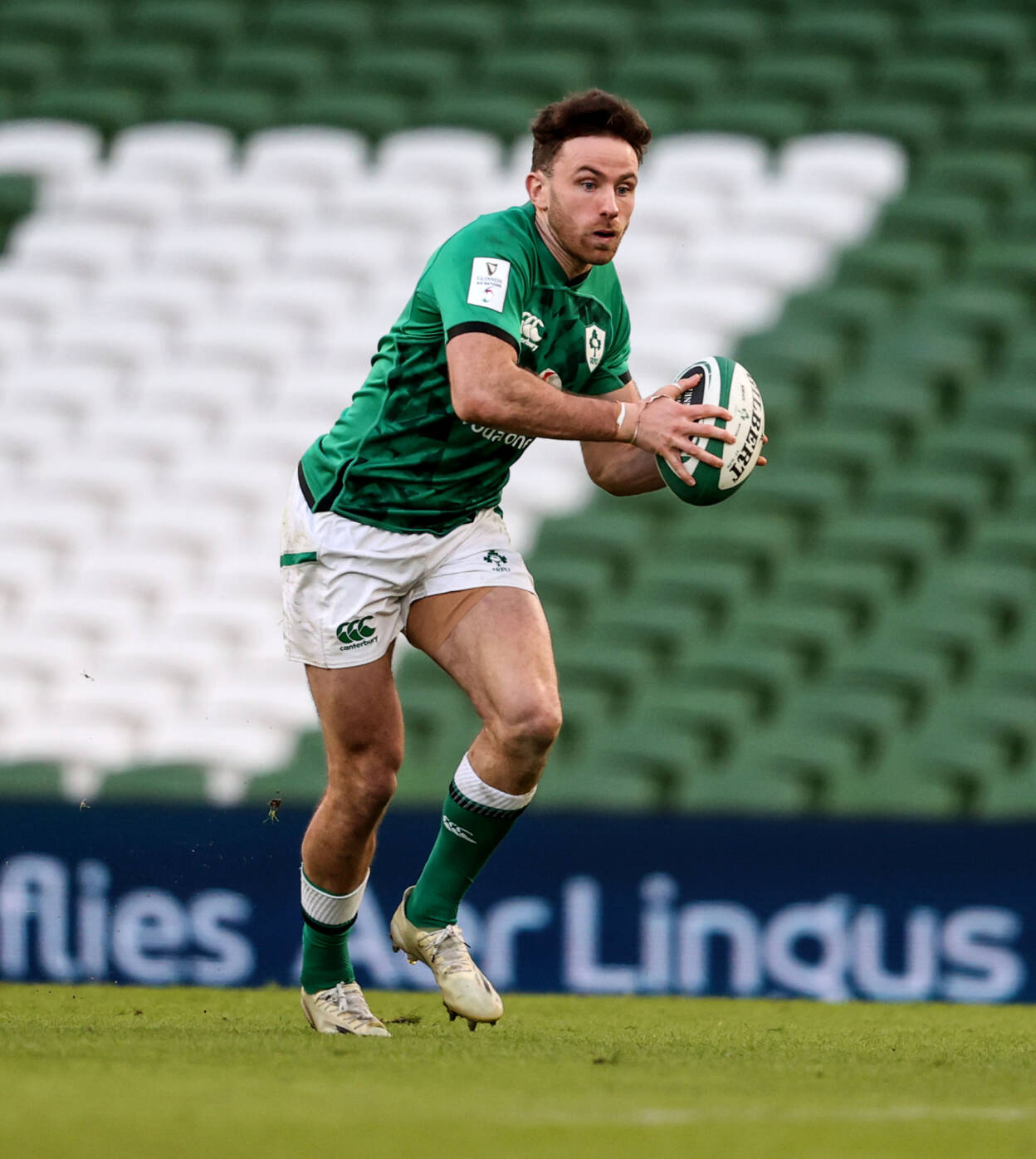 Having shown flashes of good play throughout the tournament, today’s game saw Ireland producing the 80-minute performance that they had craved.

Keenan admitted the squad had put considerable pressure on themselves to deliver, and the Dubliner was deeply satisfied to see it all coming together on home soil.

We knew we were doing a lot of things right in this campaign and we were just so those small fractions off, and those small percentages off.

“We were always training well and we chatted about bringing those performances in training, and what we were doing in small parts of games, collectively into one game.

“We did put a bit of pressure on ourselves, I’m not going to lie. It was our last game for a good while. Lads will go off to the Lions and we’ll have a summer tour hopefully.

“Next time that group is back will be in November. We did put a bit of pressure on ourselves to deliver. It is a bit more enjoyable and a bit more satisfying when, I’d like to think, we did that today.”

It has been a whirlwind twelve months for Keenan, who only had 14 senior provincial caps to his name this time last year.

He had not envisaged becoming a regular starter in the Ireland side when he was maintaining his fitness during the first national lockdown, but he has embraced every moment on the international stage.

“I can’t say I’ve seen it coming. It has been a bit mad. I’m enjoying it, I’m loving my rugby at the moment. It’s great to be involved in a special squad like today and in special games like that. 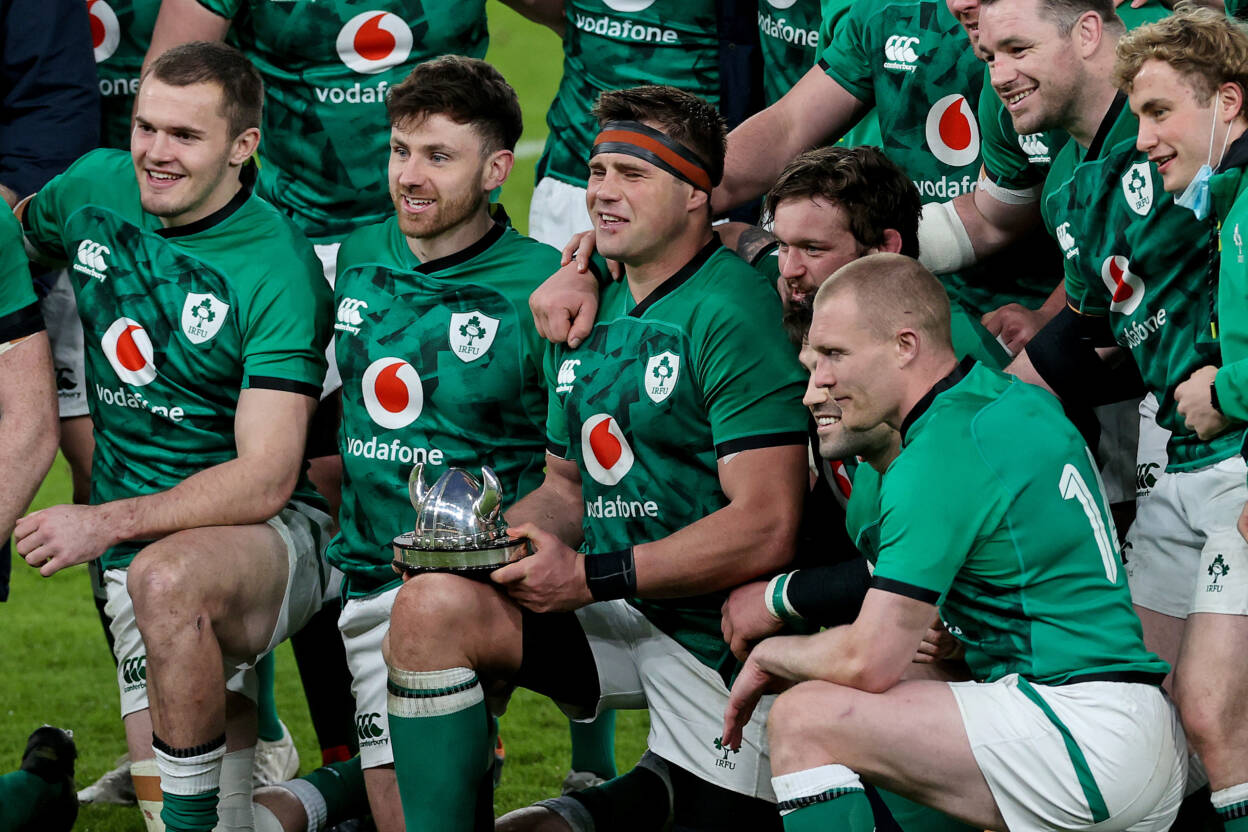 Such is his rapid rise, Keenan is being talked about a possible bolter for the British & Irish Lions tour of South Africa – should it take place as planned later this summer.

Nonetheless, with Leinster set to face Munster in next Saturday’s Guinness PRO14 final and a big European test to follow against Toulon a week later, the former Ireland Sevens international can ill-afford to think that far ahead. He added:

There’s a lot of work to be done from here until then. It’s the last thing I’m thinking of really. We’re straight into a PRO14 final next week. Hopefully involved in that and then it’s into Europe with Leinster.

“You just have to worry about the short-term and the long-term will hopefully look after itself then.”