Defence coach Simon Easterby says that Ireland will need to produce a consistent 80-minute performance if they are to overcome the challenge of England at the Aviva Stadium this afternoon.

With as many wins as defeats in their opening four games of the Guinness Six Nations, Ireland are determined to end the campaign on a high against Eddie Jones’ men.

England have had the better of this fixture in recent times – four straight wins in a little over two years – and Easterby is anticipating an intense battle from start to finish.

“It’s a huge test for us, a great challenge. I think we’ve been looking forward to this one for a good while and we need that 80-minute performance,” he told Irish Rugby TV at the Captain’s Run.

“It’s not going to be perfect and no game is, but ensuring we’re ahead of England when we can be. Making sure that we’re focused on our job, that we don’t lose any moments within the game.

“We built up through the campaign after a slow start, disappointing first couple of results. We’re certainly feeling like we’re getting to a point where there’s a bit of connectivity and continuity within our game. We hope to show that in an 80-minute performance tomorrow.”

In tandem with scrum coach John Fogarty and forwards coach Paul O’Connell, who has taken over a role that Easterby had juggled alongside his defensive remit in 2020, the former back rower has been striving to develop a dominant Irish set piece.

It has worked to good effect in recent games and Easterby believes it can offer them front-foot momentum if it is at a similar standard on the Championship’s ‘Super Saturday’.

Set piece is huge. We know in previous encounters with England, if we don’t secure our own ball, at lineout in particular, it can have a massive impact on the platform and the foundation you can build in attack.

“The pressure you can apply with the ball in hand. We were very good in Murrayfield in terms of our lineout defence. The lads did a brilliant job impacting Scotland and what they could deliver off their lineout.

“That goes across the board with scrum. Our lineout and our scrum, the set piece foundation that will allow us to get into our game, but clearly can have an impact on how an opposition gets into their game.

“England will thrive on that type of possession if we allow them to get a foothold in the game. That’s no different from week to week, but in particular this England pack can be really impressive if they get that type of momentum. We need to make sure we’re ahead of them in that area as well.”

Having struggled to play to their usual rhythm in the early weeks of the tournament, England delivered a strong performance to defeat France at Twickenham last Saturday, ending les Bleus’ Grand Slam hopes in the process.

Easterby was impressed with the manner of their victory and believes it was a greater reflection on the quality of their group than previous displays against Scotland and Wales may have suggested.

“I think we probably saw more of the England we expected to see throughout the Championship in Twickenham on the weekend. They had a bit more possession in attacking areas.

“They were certainly really effective with the ball in hand. They were able to get into space, they challenged the gain-line with their big ball carriers. Like any other game, we need to make sure that we deal with them physically. 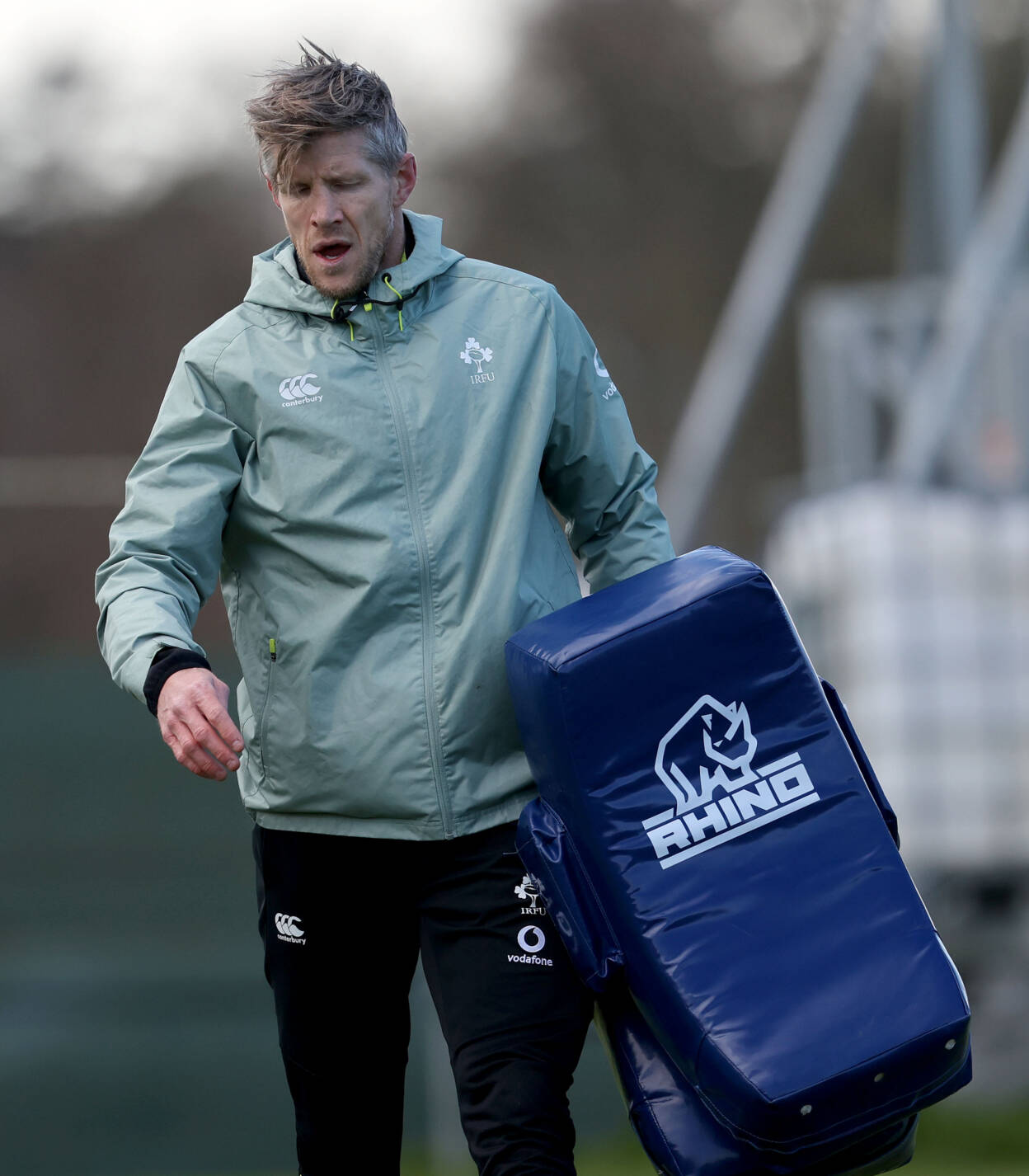 “I think we’ve had a good week’s training on both sides of the ball. Certainly in defence, we’ve conceded a couple of soft tries in the Championship. Tries that we were in control of and I think that’s going to be the key for tomorrow. Making sure that we’re connected.

“We have some incredible defenders, both in the tackle and on the floor. We’re going to make sure we defend England, both at set piece, in the challenge, in the physical element, but also the type of passing game and width that they can put on a game.

“They’ve got an all-court game, in that respect. They’ll challenge us in the air as well as on the ground. It’s going to be a great test and I think it’s one that has built up nicely for both teams.”

Over the past five years, Easterby has enjoyed a strong working relationship in the Ireland set-up with CJ Stander. As one of Ireland’s most-capped flankers with 65 appearances to his name, he has witnessed first hand the evolution of Stander as an international player.

Having announced his intention to retire at the end of the season, today will see him lining out in a Six Nations fixture for the final time. So many people within the camp have been effusive in their praise of Stander throughout the week and Easterby is no different in this regard. 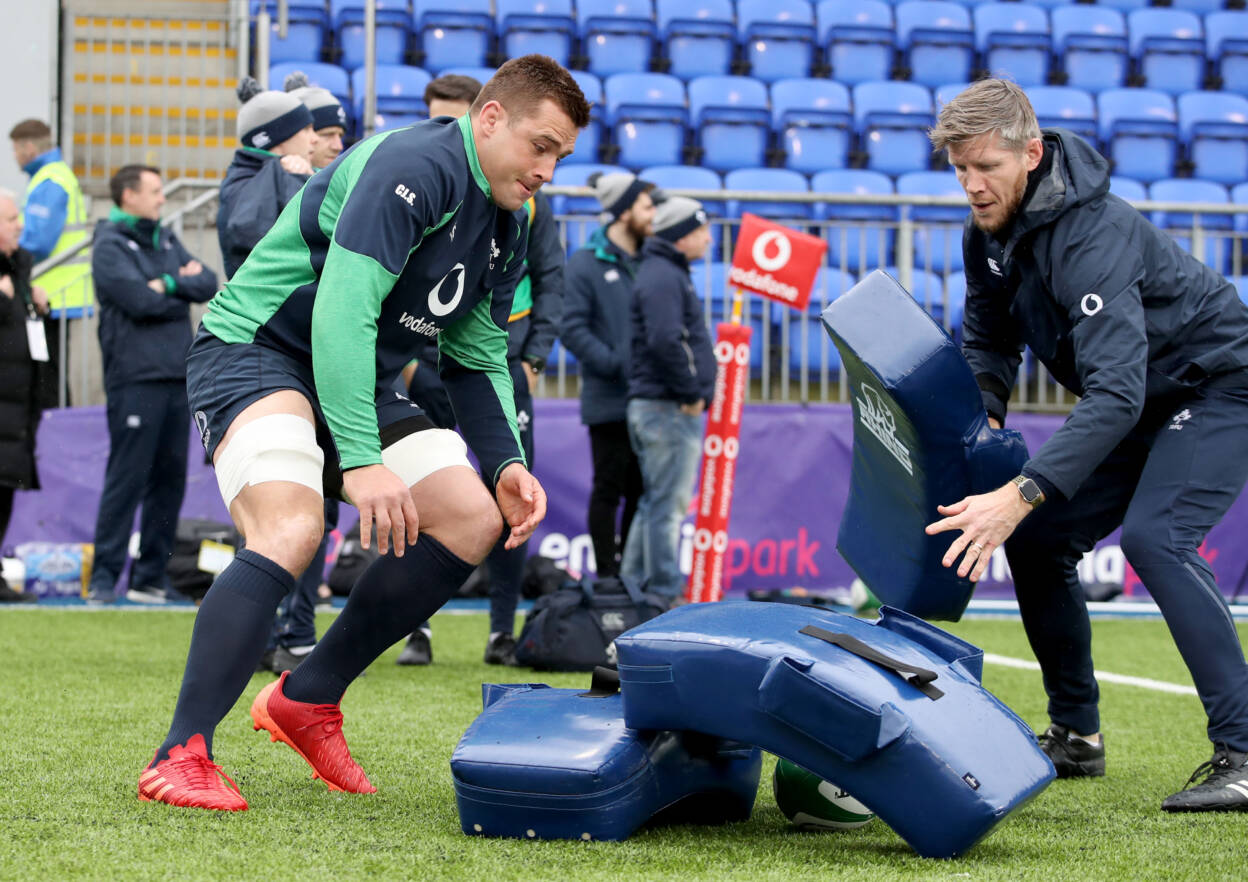 “CJ’s been incredibly impressive. He’s been very low maintenance. He’s not someone that you have to deal with too much, because he’s a great team-mate, but he’s a great person,” he explained.

“He’s enjoyable to coach because he wants to go out and perform, and correct things if there’s things over the past couple of years that we’ve spoken about in his game that he’s trying to improve on.

It’s very rarely you have to speak to CJ twice about something. He takes it on board, goes away and tries to correct those things. He’s been a great team-mate, he’s been really enjoyable to coach.

“We’ll miss him and he’s brought a huge amount to us as a team over the last five or six seasons. Him leaving will galvanise somebody to come in and try to replicate some of the work that CJ has done over the last few years.

“He’s a good man and he’s leaving his imprint and his mark on this Irish team in a positive way. That’s all you can ask of anybody that comes into the team and serves it with such distinction, likes he has done for 51 caps.”