At the end of a campaign that had its ups and downs, Ireland head coach Andy Farrell was happy to sign off with a memorable 32-18 win over England, last year’s Guinness Six Nations champions.

Coming into the game with two wins and two defeats from four games played, Ireland produced their most consistent performance of 2021 to come away as 14-point winners.

Supplementing first half tries from Keith Earls and Jack Conan, captain Jonathan Sexton contributed 22 points from the tee to ensure Ireland finished the tournament with three victories to their name for the third year in succession.

Speaking afterwards at the press conference, Farrell said: “To win your last game in a tournament is always pleasing, because it’s a long time between drinks until the next one. To finish off with a ‘W’ is pleasing, but I’m just delighted for the lads.

“They’ve come in for a bit of stick. Obviously we’ve lost a couple of games and lost one here (at the Aviva Stadium) to France, which we never like to lose.

“The lads have always believed in how they’re progressing and they’ve always thought there’s a performance like that in them. The performance wasn’t perfect, there’s still a lot to work on, but I’m so pleased that they got over the line with a nice victory against a very good side.”

Ireland matches against England in Dublin are usually emotionally-charged affairs, but even more so on this occasion due to it being CJ Stander’s last appearance in a Six Nations fixture. 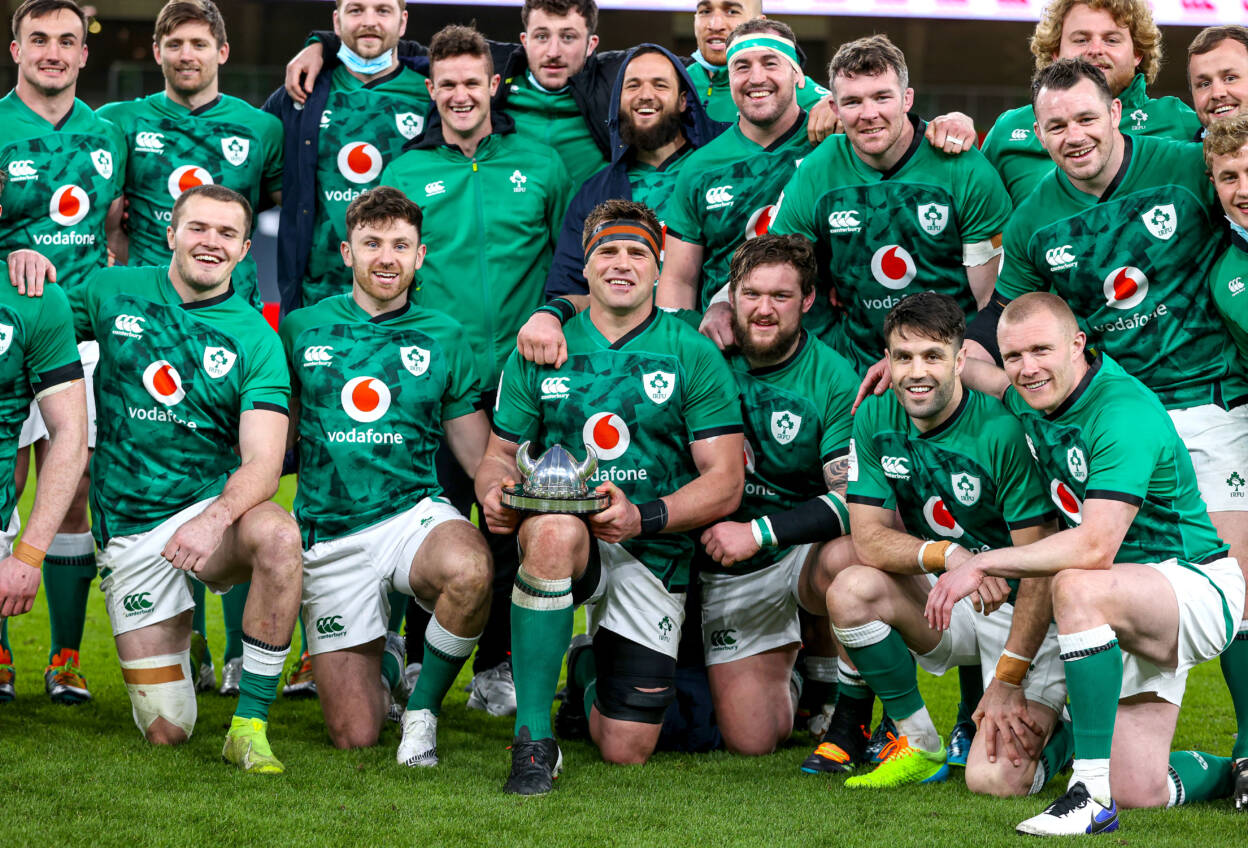 The Munster back rower was picking up his 51st Ireland cap before his impending retirement from rugby at the end of the summer. He delivered a typically committed performance against a robust English pack.

Farrell has been working alongside Stander for more than five years – between his time in the Ireland set-up and his brief advisory role at Munster – and was thrilled to send him off with such a positive result.

I’ve just said to him in the changing rooms there that he can be as emotional as he wants to be now, because he’s given his heart and soul to the jersey.

“To the green one and to the red one, and he has a chance to play in a cup final for Munster there next week. We wish him all the best with that. It has been an emotional week, we’ve tried to keep a lid on it as best we can.

“You can say whether we should have brought that out or not, but it was fitting that CJ was able to say goodbye to his friends and tell them the truth.

“Where he was coming from, the reasons why, etc. How they’ve responded to him and how he’s kept a smile on his face, has been totally fitting to what this team is about. 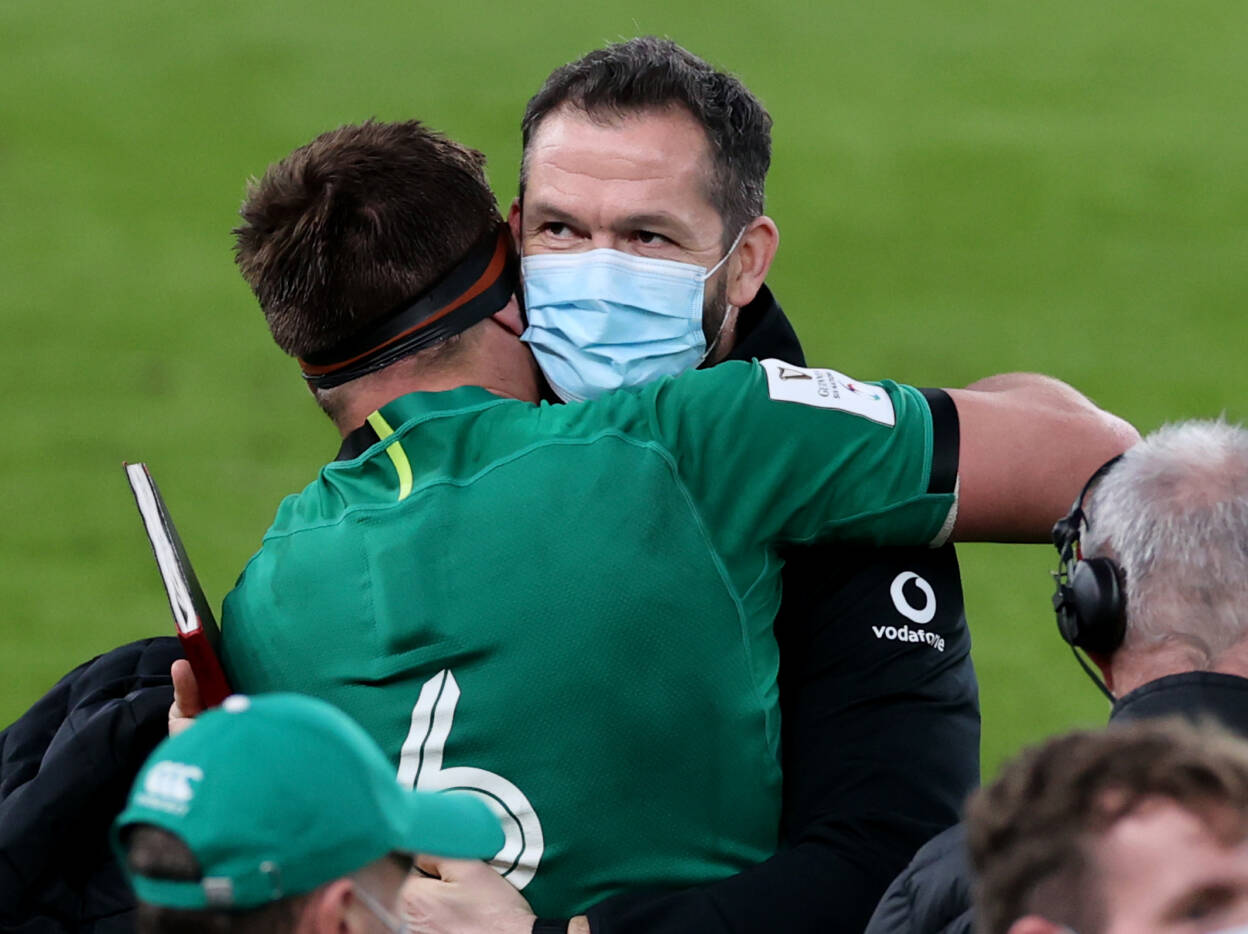 “He’s emotional in the changing rooms, but a happy emotional. I can’t say enough about him as a bloke. He’s the most kind-hearted, most genuine bloke that you’ll ever meet. He’ll be a mate forever.”

Of course, it may not be Stander’s final Test outing. Should the Lions tour go ahead in the summer, he could yet feature for Warren Gatland’s squad against his native South Africa.

Aside from Stander, Farrell felt a number of players put forward their claims for a seat on the Lions tour plane in front of a watching Gatland.

“Warren came in during the week and watched our training session. Like I said earlier in the week, it was a great tonic for us. There was a lot of good individual performances at the start of the competition.

“Some lads have just carried that on. Some lads are dead certs to get on the plane and I’ve absolutely no doubts there’ll be one or two more headaches for Warren after the game.” 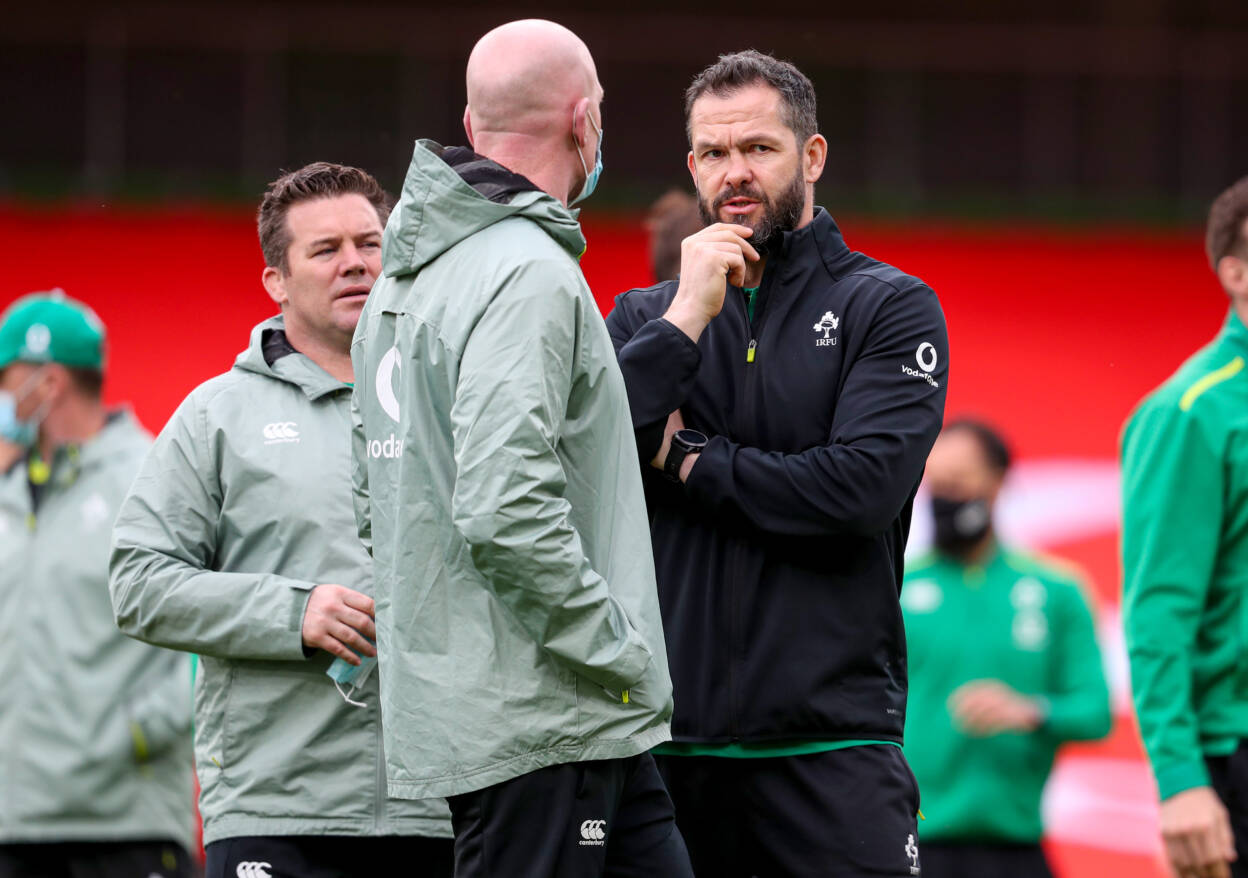 Those brilliantly-finished scores from Earls and Conan provided telling evidence that the attacking structures being implemented by Farrell and Mike Catt are starting to take shape.

Earls’ score was a slick training ground move that the players have been practicing for much of the past week, and it paid rich dividends at a time when the game was delicately poised at three points apiece. Farrell added:

It’s something that we’d worked on all week. You’re always trying to find a way to, first of all, win the lineout cleanly and secondly, how you can manipulate a defence on the back of that. It worked all week.

“In fact, we practiced it hard yesterday with our timing of Keith Earls and thankfully it paid off. I thought Jack Conan’s skill was outstanding to deliver the ball, because Tom Curry had read it very well so that was very pleasing.

“The lads really believed that they’re making good strides and attack is always the one that gets put under the most pressure in a Test match. It’s always the last piece of the jigsaw.

“I’m delighted for them that they went through so many phases, held onto the ball and broke them down. I thought Jack Conan was very good today.

“Jack’s not started an international (match) for quite some time and he was just himself. It’s pretty fitting that he finished that try off.”