Following a frustrating period on the sidelines, Conor Murray will return to action in Ireland’s Guinness Six Nations final round tussle with England tomorrow.

The Limerick native last saw game-time in the opening day clash with Wales in Cardiff, playing 73 minutes before making way for Jamison Gibson-Park.

A hamstring injury sustained in training ruled him out of subsequent meetings with France and Italy, and while he was on the bench for last weekend’s win over Scotland in Edinburgh, he was unused.

That is all in the past, however, and Murray has his sights set on a positive end to a mixed campaign to date.

“I’m good, thank God. A frustrating time with the injury. Obviously picked it up on the Thursday of the French game, which was quite frustrating,” he admitted, speaking to the media yesterday.

“I was looking forward to getting back out there after the Wales frustration and putting a few things right. That’s the job we have, the sport we live in. It’s been tough watching on, to be honest.

“I’ve enjoyed the rehab with the physios, but you’d much rather be out with the group working towards a game at the weekend. Which was an unusual feeling not to have that, whilst still being in camp.

“Thankfully I got through the rehab well, feel great. Was very close a couple of times to coming back, but didn’t want to rush it. Fit from last week and looking forward to getting out there this week.”

It is a timely return to the starting line-up for Murray, with England at home always being a big draw for any Irish rugby player. He has had contrasting fortunes in this fixture in the past and knows nothing will come easy this weekend.

Any time you play England home or away, particularly at home, it’s a massive occasion. It’s one that doesn’t take any motivation from the leaders, it’s just there. You can feel it during the week.

“That has been the case this week. Lads are champing at the bit to go. You don’t need to say much. The atmosphere is already there. England are a top side and results in this year’s Six Nations have been mixed for them.

“But they’re still a quality side with a lot of the players that played in that World Cup (final in 2019) and have been successful for so long. It’s a huge challenge that awaits us on Saturday and we’re very aware of how good they’re going to be.”

Ireland and England are, of course, age-old rivals across a number of different sports. International rugby duels between the two nations are annual (and sometimes bi-annual) affairs, with no quarter spared on the field of play.

There has been added spice to their encounters in recent years, with former England players and coaches Andy Farrell and Mike Catt involved in the Ireland coaching set-up. Additionally, Murray is working with Leicester Tigers legend Graham Rowntree at provincial level with Munster. 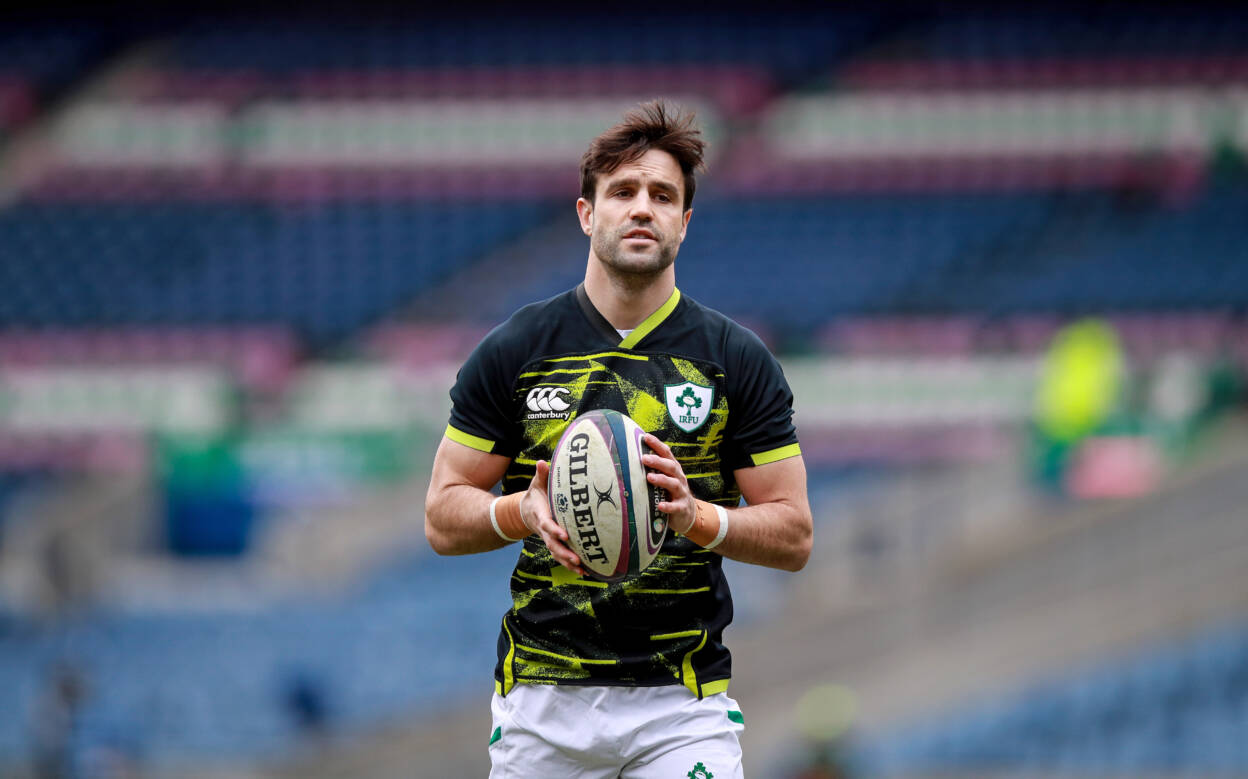 He also shared dressing rooms with a number of the England squad during the Lions tours of 2013 and 2017. Nonetheless, this has not dimmed the intense nature of their battles and – if anything – has heightened it to a greater degree.

“It’s still the very same,” insisted the 31-year-old. “A little bit more craic about it with those lads in camp. It’s the age-old rivalry. It’s such a special game, there’s so much history in it.

“Like I said, there’s no effort to be motivated or to get up for this game. It’s such a special occasion and the fact that England are such a top team.

“It gives you that little bit more determination or sharpness during the week to get yourself right, because you know at the weekend you’re at home in the Aviva.

“You’re against one of the best teams, one of the oldest rivals you have and you’ve got to perform. It’s the very same, easy to get up for. Probably a little bit more craic with the lads we have in our ranks.”

Ireland last tasted victory against England on St. Patrick’s Day 2018 – a Grand Slam clinching-success at Twickenham. Since then, it has been four successive defeats to the English across the Six Nations, a World Cup warm-up and the Autumn Nations Cup. 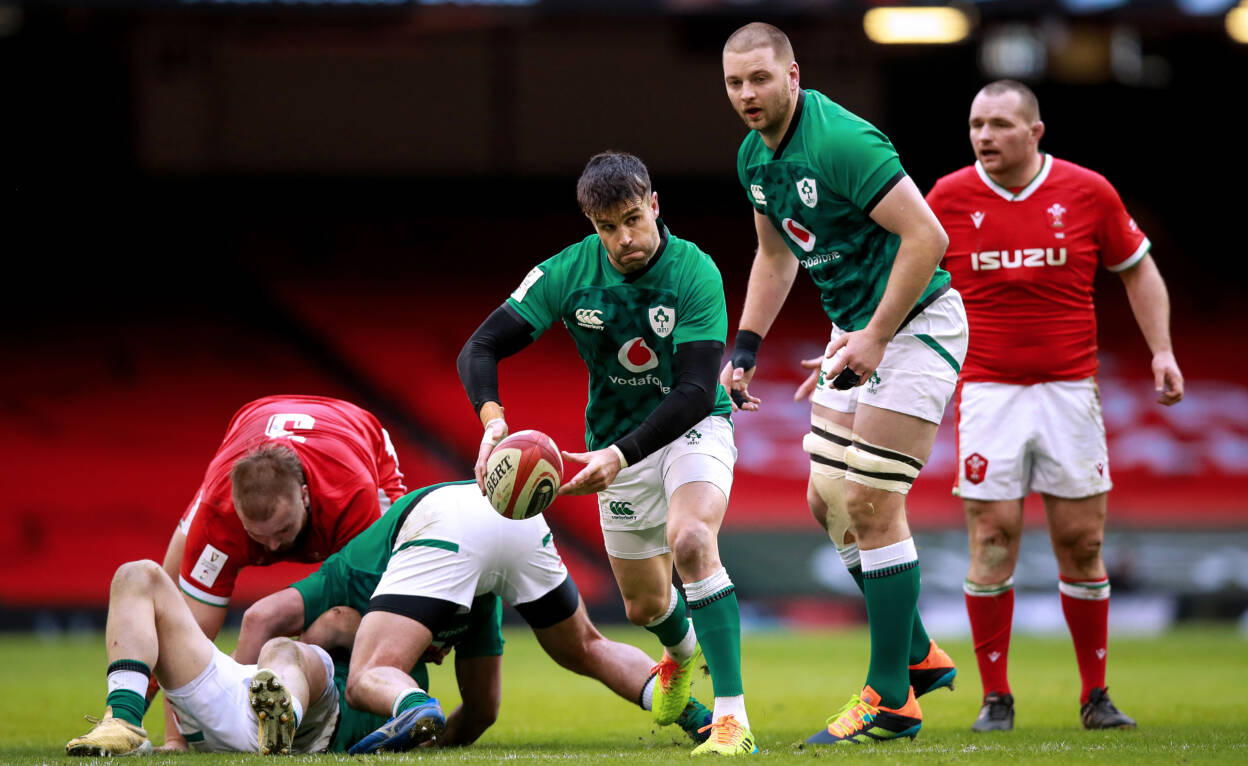 The Ireland squad have significantly honed in on the negative aspects of these games and although it is easier said than done, Murray recognises what they will need to get right tomorrow.

“One thing in particular, you’re always conscious of how physical England are going to be. How vocal they are when they are physically dominant over you,” he added.

“I think the last time we played them, we actually turned up in that area and we did quite well. It was actually the smaller details, in terms of the skills of our attack game that we actually came up a little bit short on, which is usually not the case.

Maybe we were really focused on being physical against such a big side against England. We definitely need to bring that again this weekend, that physicality.

“They’re a team, if you let them get on top of you in those areas, it’s very hard to play rugby against them. That will be a starting point, like it always is.

“Physicality in a game of rugby is fairly important, but in terms of our decision-making and attacking, we’d hope to be a little bit better than we were the last time.

“We’ve been working really hard. The atmosphere in camp has been great all week. It’s a huge test and for me personally, just delighted to be back in the mix and ready to give it a go.”