Ireland head coach Andy Farrell believes the reunited midfield duo of Robbie Henshaw and Bundee Aki will have pivotal roles as his side seek to end their Guinness Six Nations run on a high against England.

As expected, Aki has been drafted in as a replacement for Garry Ringrose, who has failed to recover from the ankle injury he sustained during the closing stages of last week’s win away to Scotland.

While this breaks up the centre combination Henshaw has formed with Ringrose at both provincial and international level, it does bring the Athlone man together with Aki, his former Connacht team-mate.

Back in 2016, they worked in tandem to inspire the westerners towards a groundbreaking Guinness PRO12 title. The pair will be seeking to recreate their old magic, especially with Lions head coach Warren Gatland in town for the clash.

Speaking on team announcement day, Farrell commented: “Robbie and Bundee know each other’s game inside out. They’re best of friends because of those days (at Connacht). There’s a trust amongst those two. There’s a work ethic that’s second to none as well.

“You can feel the bond obviously that your mate is with you. You understand what he’s going to give and these two are very close together. At the same time, they’re wonderful players.

“Bundee obviously has been out for some time. He’s had three or four games under his belt now (with Connacht). It’s not happened for him for quite some time, that he’s missed so many international games. We’ll watch this space and for Robbie, he’s been in unbelievable form.

“I know that Warren Gatland will be there at the weekend. He’s been in camp this week with us, which has been a great tonic for the boys. It’s people like Robbie, and the performances that he’s been having, that will certainly be top of Warren’s list.”

In the build-up to the final round game, Farrell, his coaches and the Ireland squad have taken a forensic look at the four defeats Ireland have suffered on the bounce to England since their last win this fixture – the 2018 Grand Slam clincher at Twickenham.

There have been common themes across all four encounters that the Wigan native hopes will be fully addressed in time for this weekend.

The theme is always the same when you’re up against a top class side like England. Your set piece has got to be really good and we struggled exit-wise, they put us under pressure last time around. We couldn’t get out of our half.

“They obviously come with a strong kicking game. They kick the ball nice and early, and try to win territory in that regard. Again, that’s why your exit play and your set piece has to be rock solid, first and foremost.

“Then obviously handling their one-out runners, their big strong runners. That get over the gain-line, that create space to open some space out wide for them.

“Those things won’t change against any England side. We’re certainly aware of that. We’re also aware that they’ve started pretty well against us in the past.”

Whereas Conor Murray is included in the team after missing the last three games (one on the bench), Farrell has resisted the temptation to recall Peter O’Mahony to the starting XV after a similar period of inactivity. 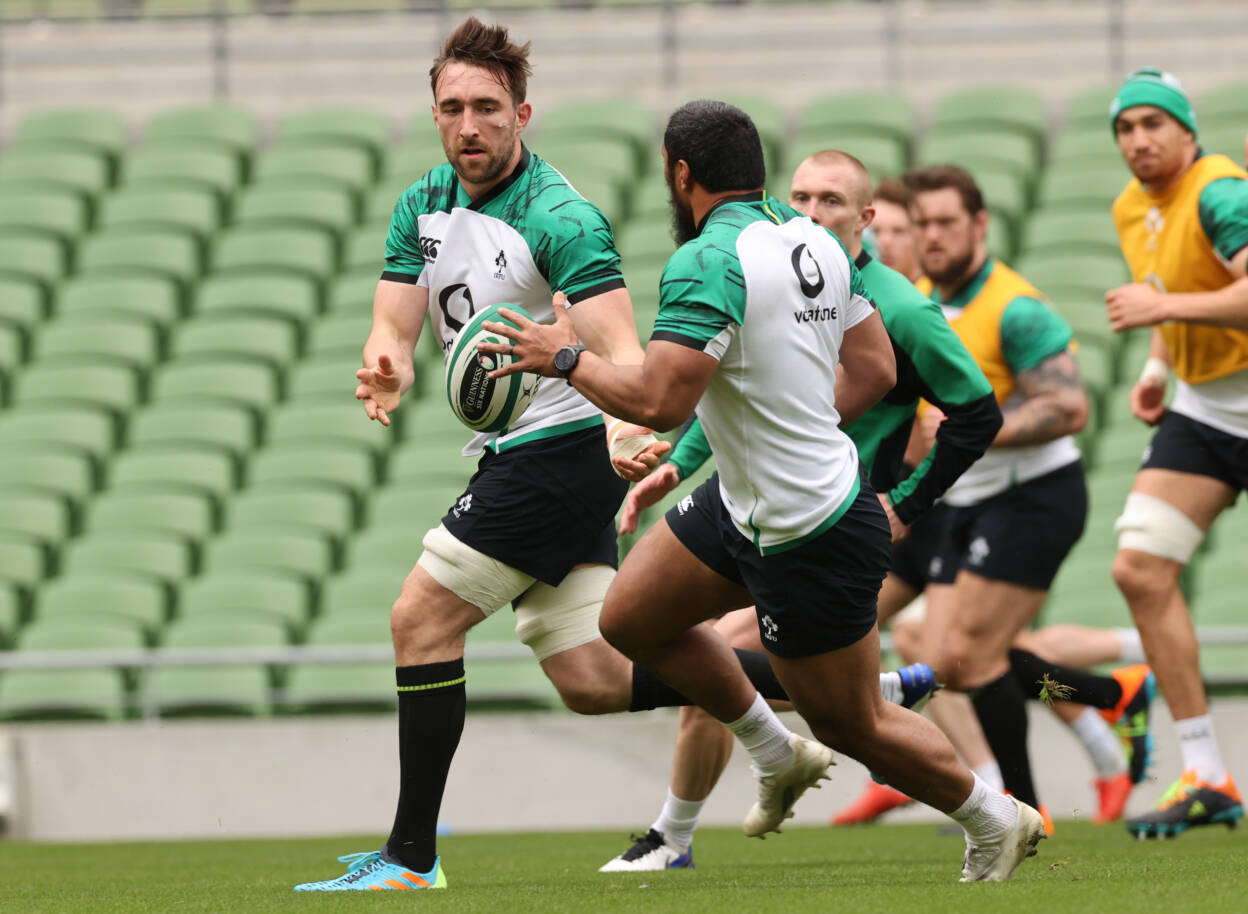 Rather than drafting in the Corkman as an indirect replacement for the injured James Ryan, it is Leinster’s Jack Conan who gets the nod instead, coming in at number 8.

This means a switch back to the second row for Tadhg Beirne, who excelled at blindside flanker in the recent triumphs over Italy and Scotland.

Farrell has no issues with switching the Munster star to the position in which he started the campaign and says that O’Mahony will have a key role to play as a replacement.

“Obviously Tadhg has played in the second row for us in this competition and done extremely well in that regard,” acknowledged the Ireland boss. “Even when he has been in the back row, he’s been all across the lineout calling. We see no problem there whatsoever.

“Obviously Peter, we missed him the last five weeks. That would obviously be one of the reasons why he sits on the bench and not just that, he covers all the back row so he’s an ideal replacement for us.” 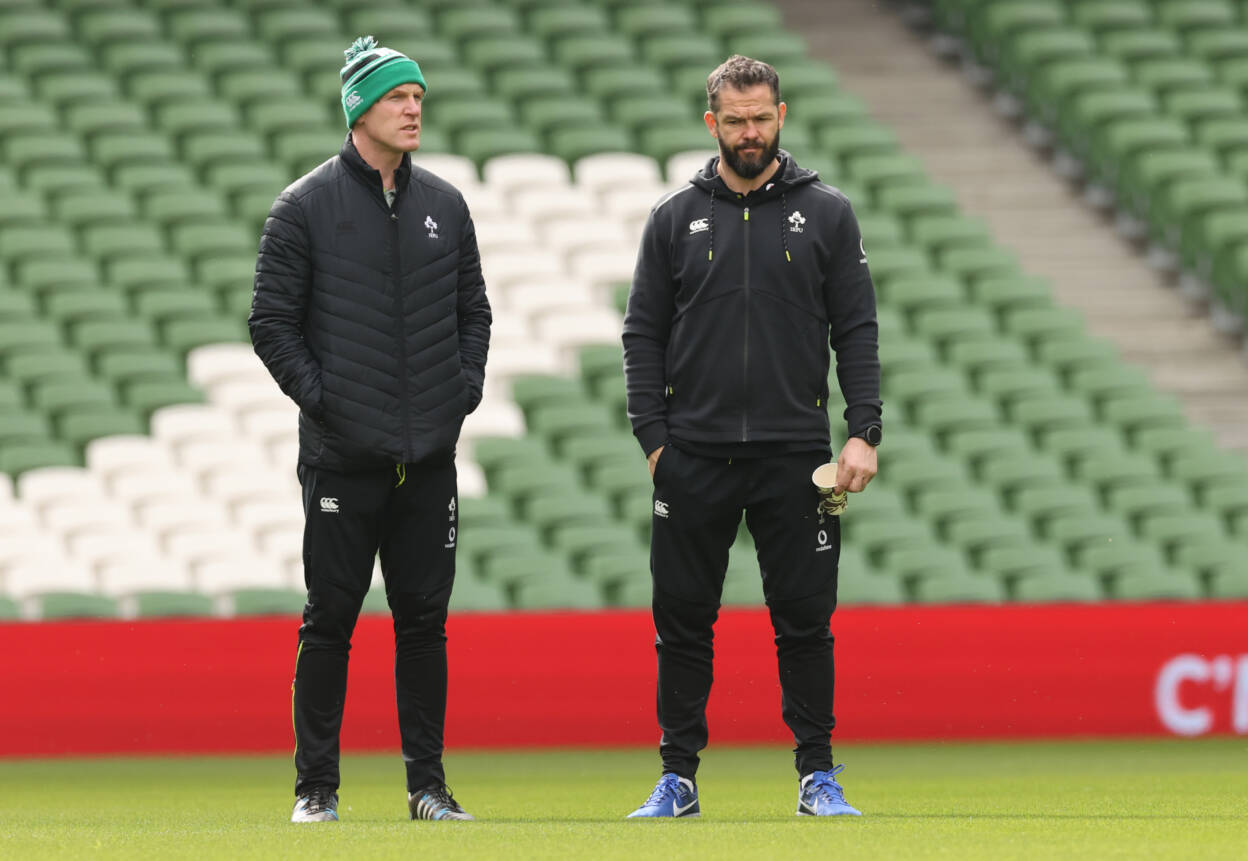 Alongside Conan and Josh van der Flier in the back row, the ever-dependable CJ Stander will be making his final Six Nations appearance. He announced publicly on Tuesday morning that he will be retiring from all forms of rugby at the end of the season.

Having accumulated a very impressive 51 caps since making his Ireland debut in February 2016, Stander’s imminent departure will undoubtedly leave a considerable void in the side.

That said, Farrell is pleased with the options that are available to him in this area and feels there are quite a few players capable of stepping up to his standard in the coming months and years.

Any organisation would miss CJ Stander, because of the type of bloke he is first and foremost. Never mind a rugby player. He’s the most genuine, honest bloke that I’ve ever worked with.

“As far as my mates and my family is concerned, I’d be 100% proud to call him a friend for life and that will continue to be the case. As a player, he’s an absolute dream to coach. Any organisation is going to miss that.

“We’ll certainly miss him around the place because of what he brings week to week, but what I would say as far as the rest is concerned, we’re pretty healthy in that department.

“We’ve got some real good strength in depth and I’m sure some of those players will be saying, ‘well, this is my chance now to stake a claim for that jersey’. I’m looking forward to that.”