Head coach Andy Farrell says that his Ireland side will need to produce a season’s best performance if they are to overcome England in the final round of the Guinness Six Nations on Saturday.

The two teams come into the Aviva Stadium clash with near identical records in the 2021 Championship. Like the English, Farrell’s men have recorded two wins and two draws so far.

Ireland have suffered four consecutive defeats in this fixture since winning the Grand Slam at Twickenham on St. Patrick’s Day, 2018, and will be eager to end this sequence with a strong performance at home.

“We’re up against a very good side, who played extremely well last week. The standard of the game, the French and the English game, was top notch,” noted Farrell, speaking at today’s team announcement press conference.

“I’m sure that they’re hoping to put a similar performance in. For us, if that happens, we have to give an 80-minute performance that’s certainly the best of our competition so far.

“We’ve had a great week together. Obviously our last week of the competition and we’re in a determined mood to try and put a statement out there this weekend.” 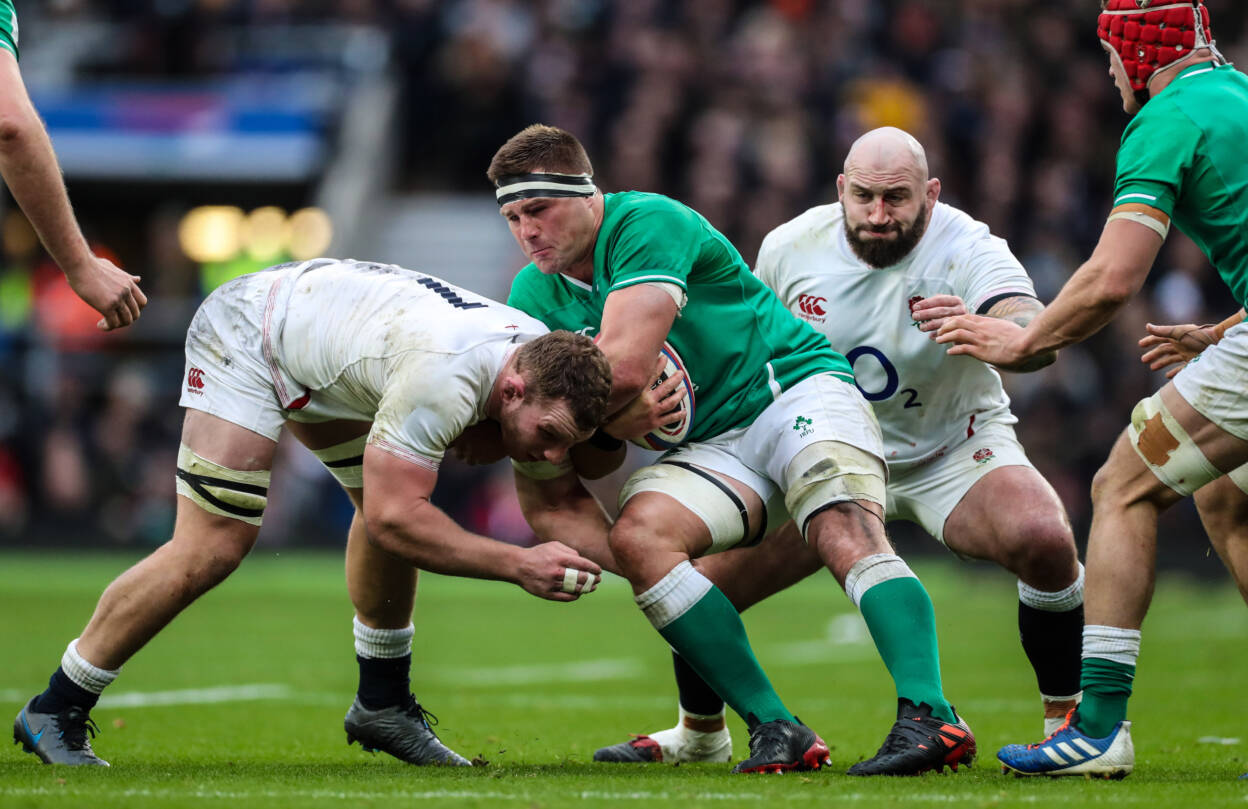 Of course, much of the build-up to this game – at least from an Irish perspective – has been dominated by the news that CJ Stander is to retire from all forms of rugby at the end of the season. This means that it will be his Six Nations swansong on Saturday afternoon.

Farrell has been aware of Stander’s decision for quite some time and despite taking the leap of announcing his intentions to the rest of the squad on Monday evening, the Munster back rower’s approach to game week has not altered in any way.

CJ’s been fantastic. He’s been himself. He’s in a great mood and he is making sure that he’s going to enjoy this week, and we’re all going to be with him on that.

“He made his decision six or seven weeks ago and he’s in a great mood. I’m absolutely made up for him, to be honest. He’s very content with his decision, he’s very happy.

“When you put all that into context, we’re happy for him as well. He’s in great spirits and because he has known for some time, he’s obviously known to himself that this will be his last Six Nations. So therefore he’s had a few games under his belt now knowing that this was coming to the end.

“CJ deserves the right to speak to the players. He wants to tell them first hand rather than second hand. He doesn’t want to leave an Ireland camp with the news that he already knows and not have the chance to address the group.”

While a farewell appearance from Stander undoubtedly adds a layer of intrigue to what is already a fascinating duel on paper, Farrell does not think the players were ever going to be lacking motivation.

“If we need any more emotion to go into an England game, which is the last game of the competition, we’re in the wrong place anyway,” he insisted.

“What we do want to do is enjoy the week for CJ, with CJ. Make sure we put in a performance that he’s happy to end his Ireland career on.”

As it turns out, injury means Stander is part of a rejigged back row for Saturday. Will Connors damaged his knee in training this week and his place at openside flanker goes to his Leinster colleague, Josh van der Flier.

Tadhg Beirne reverts to the second row in the absence of sidelined vice-captain James Ryan. Stepping into the breach for his first start since September 2019 is Jack Conan, who is named at number 8 with Stander switching to the blindside.

For very different reasons, Farrell is looking forward to seeing this combination in action, adding: “Josh has been unlucky not to start a few more games than what he has, because he’s in great form himself.

“When you tell a player that he’s not playing, sometimes you get a reaction in training and you actually go, ‘Jeez, I wished I had of picked him!’. Josh has been brimming like that for a good few weeks now. We’re made up that there’s like-for-like there coming in.

“CJ will 100% just be himself. He’s never any different. He’s the most consistent player constantly, week in, week out. I think Jack, he adds something different.

“A bit of dynamism at the back of the scrum. Jack’s in great form as well coming back from injury. He’ll be brimming to make a statement and to say he’s back on the international scene.” 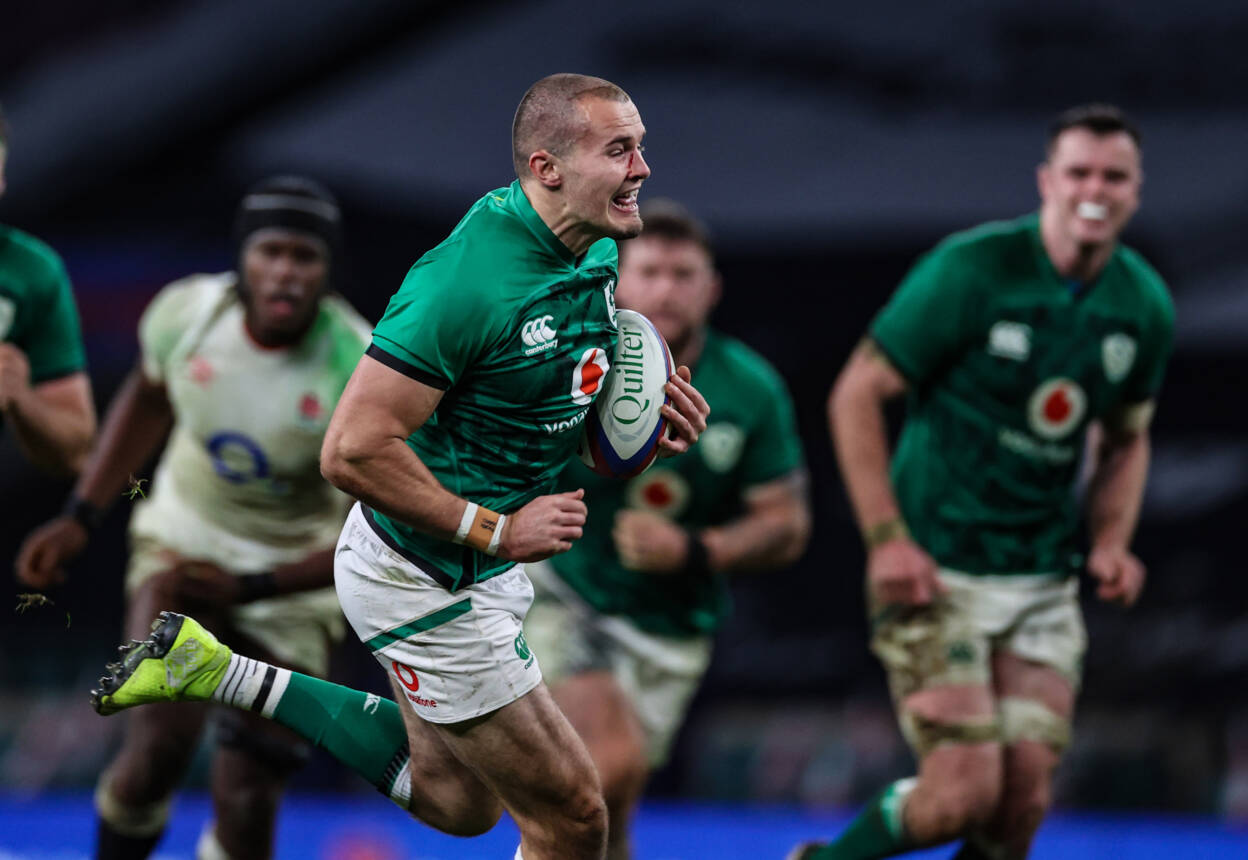 Joining Conan and van der Flier in being recalled to the starting XV are Conor Murray, Jacob Stockdale, Bundee Aki and Dave Kilcoyne. In the cases of Murray and Stockdale, it will be a welcome relief to get back on the pitch in the green jersey following injury spells.

Conor has another week behind him training-wise, so he’s fresh and fit and raring to go. He’s a big game player. We all know how dangerous he (Stockdale) is and he makes things happen.

“He’s been out injured, he’s lost a bit of weight. He looks really sharp. He’s had a good few games behind him now and he’s ready to go. Obviously he gives us that left-foot option as well as did James (Lowe).”