Captain Jonathan Sexton is hopeful that the eradication of some errors can help Ireland put it up to England in the final round of the Guinness Six Nations on Saturday.

While Sexton does not see belief as an issue with the current squad, he acknowledged they allowed Scotland to find a way back into their clash last weekend and this consequently led to a nerve-racking finale.

It is something that Sexton and the rest of the team will be looking to avoid against Eddie Jones’ men when the sides face off at the Aviva Stadium.

“We’re very confident. We were confident going into last week. We started the game brilliantly,” he said, reflecting on the early stages of the hard-fought 27-24 win at BT Murrayfield.

“You could see that confidence wasn’t an issue, but we made some errors. We didn’t exit well, they scored three points and then we obviously got a turnover. We didn’t use our turnover ball well enough at the weekend.

“That was the big learning for us. When you consider that great poach on the outside channel and then we get charged down, and we’re 10-8 down after having most of the game.

“There’s big learnings there for us this week. That’s something that popped up in this game, but there’s been different things in each game. We’ve just got to try and put it all together now.”

In many people’s eyes, an encouraging finish to this year’s Championship, with a victory over England, would ensure a positive outlook when Ireland reflect on their springtime form. Yet, Sexton believes there is more than one way to view this particular scenario.

“I’ve talked about the Welsh game, going down to 14 (men) and the French game, how close that was. You could very easily be going for a Championship this weekend. Same as England.

“There’s so little between a lot of the teams in this competition. That’s been proven over the results. You look through the tournament, the results that have happened back up what I’m saying.

“There’s very little between the teams, between going for a Grand Slam and going for nothing. We’re determined to finish on a high.”

When Ireland last played England at the Aviva Stadium, during the opening round of the 2019 Six Nations, there was a full house of 51,000 spectators. It will be very different this weekend, with no supporters permitted due to the Covid-19 restrictions.

The behind-closed-doors nature of the 2021 Championship has significantly levelled the playing field for sides, and Sexton believes home advantage will count for little on Saturday.

“It makes it harder for us obviously because you don’t get the home advantage, but like I said with CJ’s last game, you can build your own atmosphere and we know England are very good at that.

“They’re very good at creating noise in their team and we’re going to have to… not match them there because we don’t have the same type of that stuff in our game, but we can create a good atmosphere during the week.” 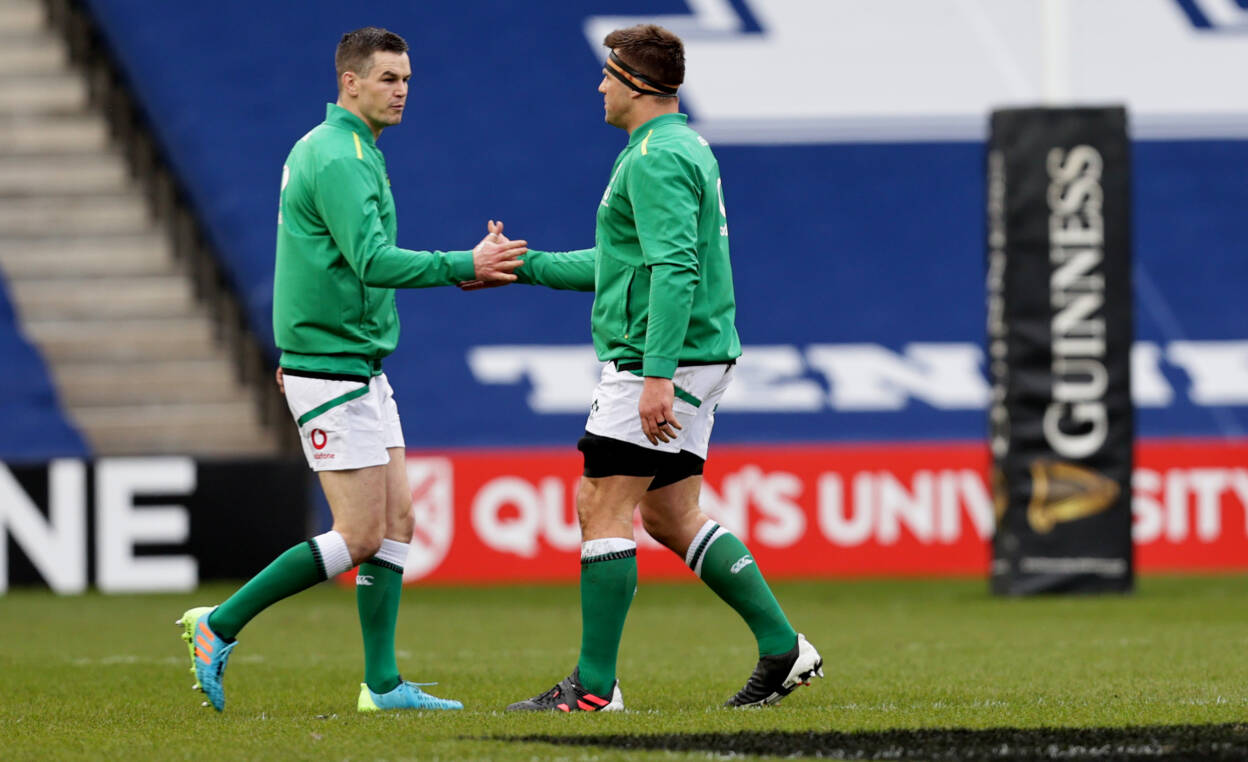 The CJ that Sexton refers to is, of course, CJ Stander. The Munster back rower announced yesterday that he will be retiring at the end of the summer from all forms of rugby, bringing an end to his near nine-year rugby journey on these shores.

Although not necessarily his final international – Ireland and/or the British & Irish Lions could yet be embarking on summer tours – we do know that it will be Stander’s final Six Nations appearance in a green jersey.

This will provide Andy Farrell’s charges with an extra layer of motivation and Sexton says it is up to them as a team to channel it in the right manner.

“Sometimes you can have these big send-offs or big occasions. If it’s a 50th or a 100th cap or something. It can get to guys and the emotion can be too much. You’ve got to harness it in the right way.

“Ultimately, that emotion is good for five, six minutes, and then it’s just about who plays the best in the game. It’s something that you can use, but you’ve got to use it in the right way.

“Ultimately, it will come down to the detail in or around key areas of the game like discipline, set piece. Making the most of your opportunities, taking your chances. That’s where it will be won or lost.” 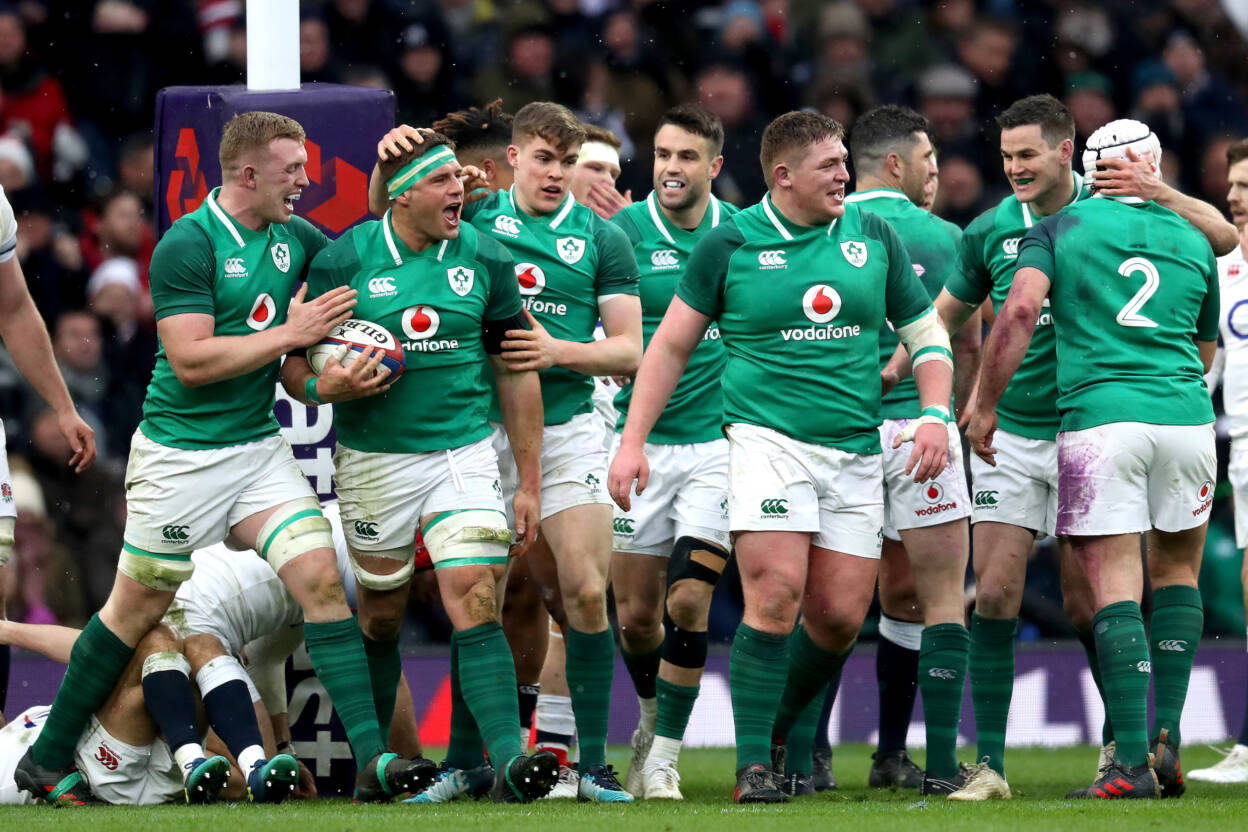 Ireland’s last triumph over England was their Grand Slam clincher at Twickenham on St. Patrick’s Day 2018. Stander delivered one of his finest performances that day, bagging a 24th-minute try, which Sexton converted, to help propel to the men in green towards a 24-15 win.

Amongst the many memories Sexton has of the popular South African-born forward, this is one that sticks out above all others.

CJ’s try in that game was outstanding. The support line he took. That’s the one you always remember when you win with someone. I think it’s the most special times you have.

“I won a Championship with him and the Grand Slam will always stand out. They’re the memories in and around that. That whole campaign he was outstanding.”