Andy Farrell has praised CJ Stander’s enduring quality ahead of the Munster back rower’s 50th appearance for Ireland in tomorrow’s Guinness Six Nations clash with Scotland.

Farrell and Stander have enjoyed a shared journey in the Ireland camp, with both men first being introduced to the set-up in 2016.

Stander made his debut in the green jersey during the opening round of that year’s Championship, while Farrell joined the management team as defence coach ahead of the summer tour of South Africa.

Stander has delivered a number of impressive performances at Test level, and Wigan native Farrell expects him to make a big impact in Edinburgh as Ireland look to build on their recent victory over Italy.

“It’s a difficult one to put into words really, because I couldn’t say enough about the bloke,” Farrell said of Stander. “He is the most genuine bloke that you’d ever meet. He is as honest as the day is long and that’s what shows in his performance.

“How he acts on a daily basis and genuinely cares for people, is exactly how he plays for the team. He’s a team-first man that takes the hard yards and puts himself into difficult situations, where others may shy away from, from time to time.

“If anything needs doing as far as tough yards, he’s the one to put his hand up. I’m thoroughly delighted for CJ to get his 50th cap this week and I’ve no doubt he’ll have a great game on the back of that.” 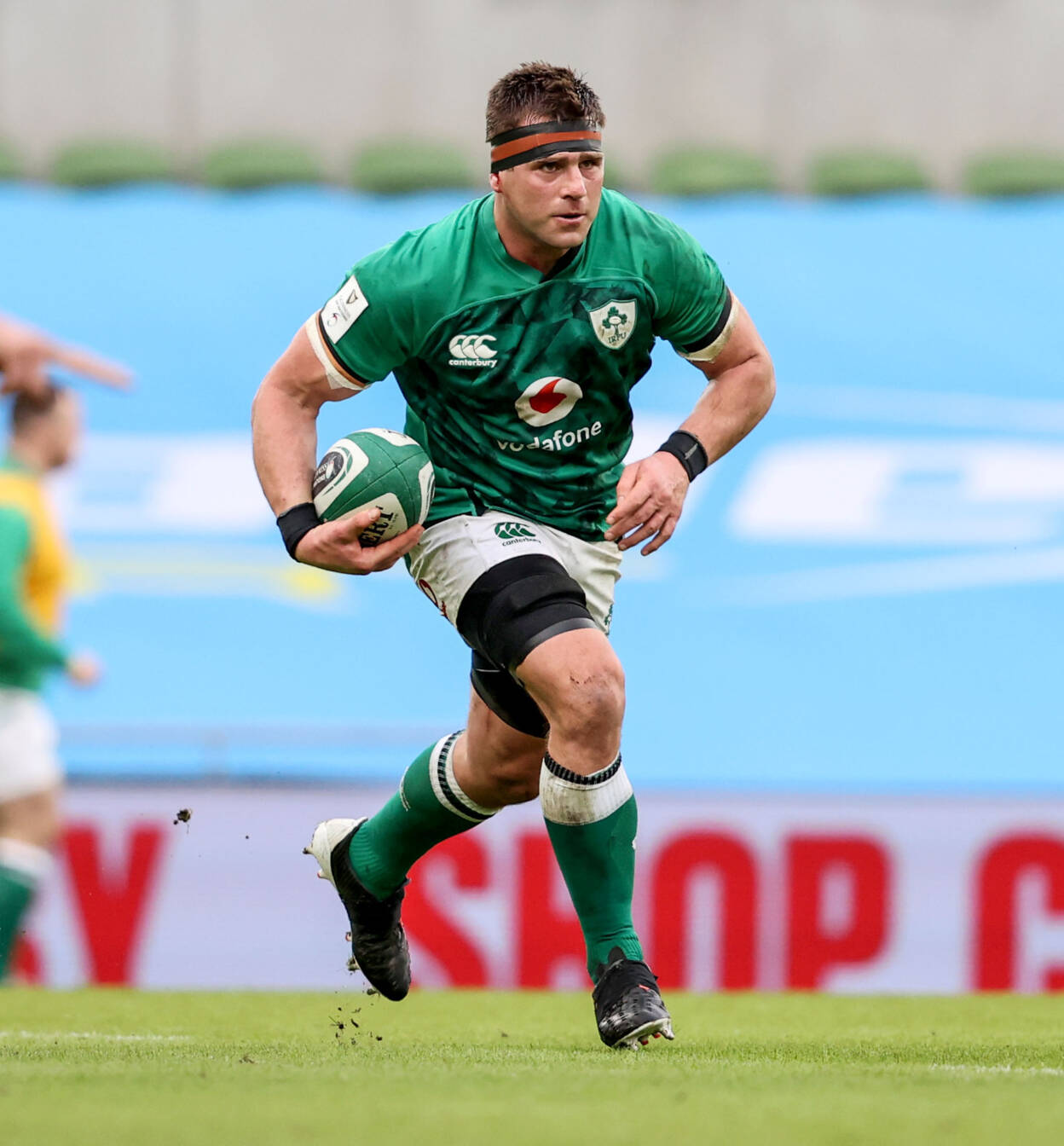 Sunday afternoon will find Farrell facing Scotland for the sixth time as either an Ireland assistant coach or head coach.

Many of these games have had a considerable significance attached to them and with both sides desperate to pick up a second win in their ongoing Six Nations campaigns, he does not expect their latest duel to be any different.

They always seem pretty important against Scotland, don’t they? The World Cup first game and then obviously the first time we played Scotland under my reign. Obviously we’re going into this game wanting a performance and a victory on the back of that.

“It’s always pretty special playing against the Scots and rightly so. It’s the rivalry and it’s what makes the Six Nations so special.

“Like I said, over the course of the Six Nations, the want for a victory or the different emotions that happen during the competition is the reason why we all love this competition.”

Across the first three rounds of the 2021 Championship, the discipline of each side (and a number of incidents within each game) has been the subject of intense scrutiny.

While he took note of World Rugby launching the Head Contact Process (HCP) on Thursday, which will assist the sanctioning process for contact with the head and neck, Farrell was already well aware of what was required from his team at the beginning of the tournament.

“There’s always a remit that comes out at the start of the competition, regarding what the referees are looking for. Offside being a big one, making sure that you’re not in front of the kicker another one,” explained the Ireland head coach.

“There are always things that we know they’re going to be white hot on and looking for. It’s something that we constantly would not take for granted.

“Just because they’re looking for one or two bits to police the competition with, we try and make sure that we keep on top of most things.

“If you have that manner within and you go about your discipline game, I tend to feel like you come out on the right side of the penalty count. You’ve got to be accurate in what you do, but our players are pretty adaptable to that as well.”

Indeed, Farrell and his fellow coaches have been seeking to put this into practice during their training sessions at the IRFU’s High Performance Centre in Blanchardstown and their hotel base of Carton House in Maynooth.

“We’ve had (IRFU referee) Andrew Brace in this week with us. We have an Irish referee in with us every week. We want to make sure we’re as disciplined as we possibly can.

“It’s something that we constantly review, even the stuff that doesn’t get picked up by the referee is something that we bring up within ourselves. Because it’s a big part of our game, making sure that the opposition don’t get the access that they’re craving.”

Throughout the week, Finn Russell and Stuart Hogg have been identified as the principle threats in Gregor Townsend’s Scotland side.

Farrell fully recognises what they are capable of when they are offered an attacking platform and believes Ireland will have to be at their best to curb their influence tomorrow. He added:

Like any game with top class backs, that are quite quick and dynamic in how they want to play, with their game control and unpredictability, etc., you’ve got to control the game up front. There is no doubt about that.

“They’ll either play with their dinner suits on or not because of the speed of ball that they’ll require to be able to play into space.

“It’s up to us to make sure we slow that ball down for them, so that we can put some pressure on them ourselves.”