Despite having two wins-from-two against them so far as Ireland head coach, Andy Farrell is expecting a stern test from Scotland at BT Murrayfield on Sunday afternoon.

In his first game at the helm, at the Aviva Stadium in February of last year, Farrell oversaw a 19-12 victory for Ireland against their Celtic rivals.

At the very end of 2020, Farrell’s men also came out on top of their duel with the Scots in the third/fourth place match in the inaugural Autumn Nations Cup – this time on a margin of 15 points (31-16).

Since then, Scotland have claimed the significant scalp of England at Twickenham and appear to be on an upward trajectory under Gregor Townsend. Experience has taught Farrell to anticipate a titanic battle from the Scots and believes this weekend’s clash will go along similar lines.

Speaking shortly after today’s team announcement, he said: “I think Scotland’s strength is their belief. They 100% believe that they are on an upward curve and rightly so. We’ve seen some really good performances from them.

“We always find it difficult against Scotland and we’re always really proud of any type of victory that we come up against the Scots, because we know how difficult it’s always going to be.

“Gregor is a great coach and they’ve got some great players as well. It was 19-12 the last time that we played against them (in the Six Nations) and it always tends to be close. We were pretty pleased with that victory.

“Was it a surprise to us that they went to Twickenham and came away with that victory? Within that game, they grew their belief, didn’t they? 100%. Got a couple of key players back for them as well.

“I think they’ve always been a tough old side to beat and it will be no different for us on Sunday. It’s always a tough battle up there at Murrayfield. We know they’re confident coming into this game.

“They always seem pretty confident, Scotland. Certainly they will be this time around. Obviously they had a red card against Wales so they played pretty well in that game and the game before that was a special performance by them at Twickenham. We know that they’ll be brimming and ready for us come Sunday.” 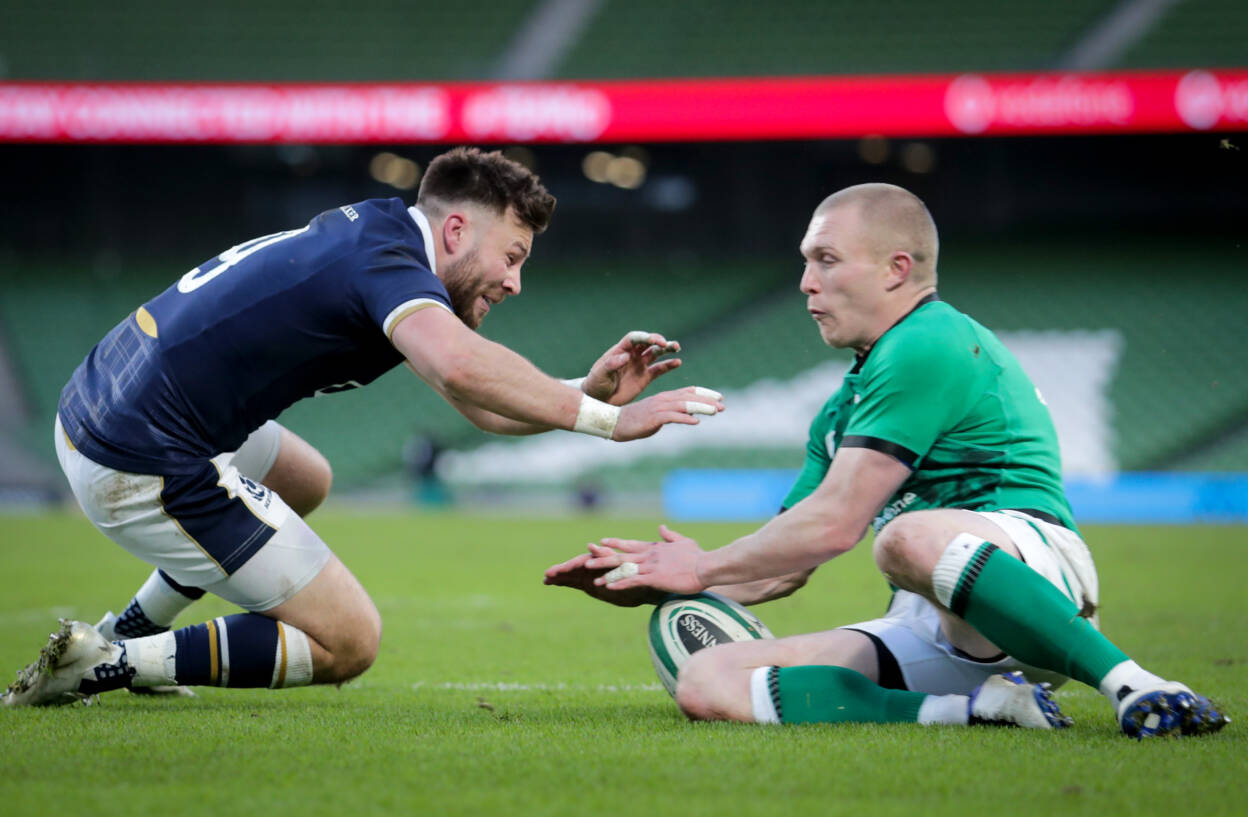 In the aforementioned Autumn Nations Cup match, Keith Earls came away with a brace of tries. He also crossed the whitewash on Ireland’s last visit to Edinburgh – a 22-13 triumph in the 2019 Six Nations.

Five of his 33 tries for Ireland have come against Scotland, but that is just one of the reasons that Earls has been chosen on the right wing for this penultimate round tie. Farrell explained:

His know-how. His organisation of the back-line, in all different aspects of play. He’s certainly a leader in many regards of back-field play and edge defence play. He’s great under the high ball.

“Players are getting a bit more game-time, coming up to speed as far as that’s concerned. Players are really putting a hand up in training, etc. It’s a difficult one this week, but it’s the right one for this game against Scotland.”

Welcomed back into an Ireland matchday squad for the first time since last month’s defeat to Wales is Earls’ fellow Limerick and Munster man, Conor Murray. He has to settle for a place on the bench, with Jamison Gibson-Park selected at scrum half for the third game in succession.

Farrell handed Gibson-Park his Ireland debut against Italy last October and has been thrilled with the way he has adapted to the giant leap into international rugby.

“He has progressed a lot. Obviously he was new to international rugby. Although his international career has been quite short, he’s had some pretty big experiences.

“Going away to Twickenham, being involved in some big games for us. He’s more comfortable in his role in or around the side. He understands what it takes now to be a top-class international scrum half and deal with the pressures of the game.

“He understands the difference between the club game and the international game so he’s thriving in the role. What does he bring? He brings tempo, he brings a little bit of off-the-cuff type feel to the game.

“He plays the game that’s in front of him. He’s dynamic. He’s got good footwork and he can ask some questions of any type of defence and his game control is pretty good on the back of that. It’s a nice package to have.” 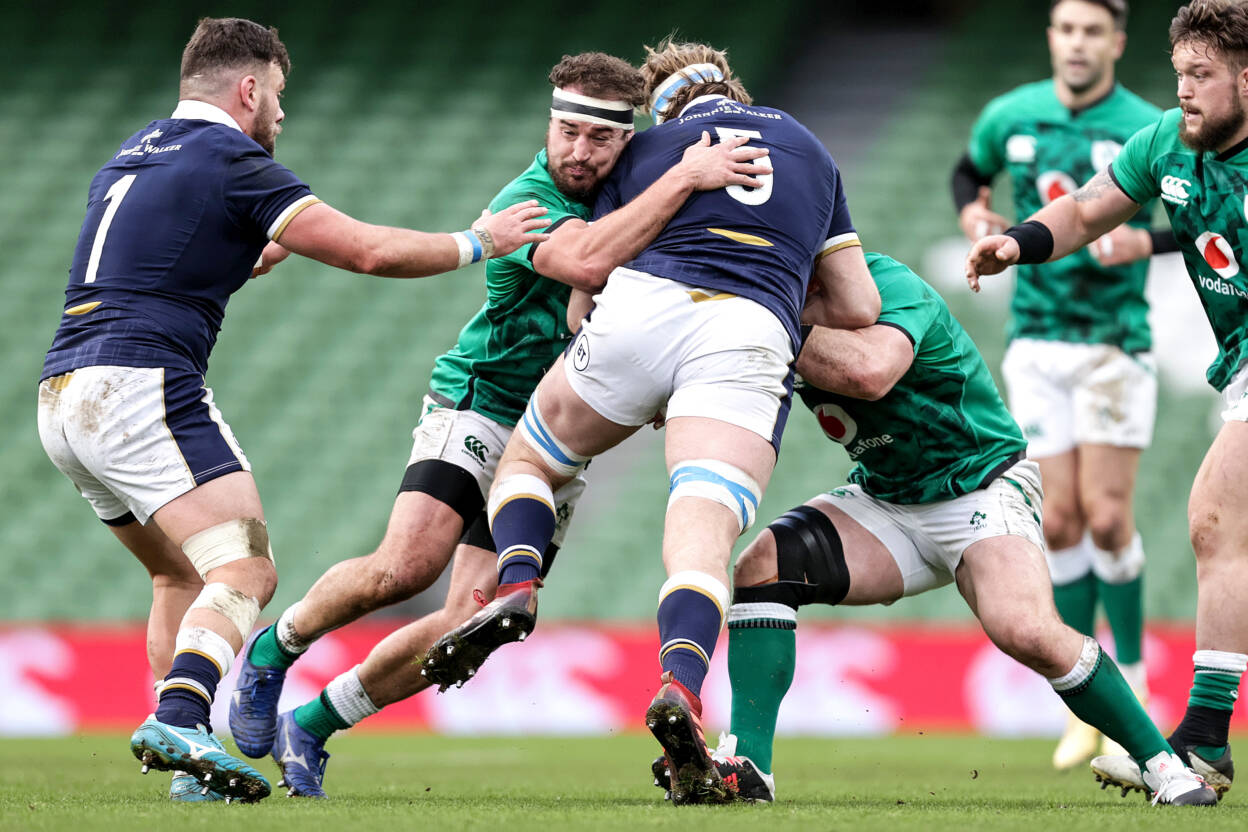 Also getting the nod to start on Sunday is hooker Rob Herring, who will line out alongside Cian Healy and Tadhg Furlong in the front row. This will be the Ulster ace’s eighth start in nine Six Nations appearances under Farrell and he continues to be a vital cog in the Ireland pack. The head coach added:

Rob is a great player for us. He’s a big leader in the pack as far as set piece is concerned. He’s very accurate in that regard.

“His work-rate goes unseen quite a bit as well, as far as his line running and his numbers as far as rucking is concerned. He’s an important part of our pack and he’s going to lead us straight from the start.

“Then you look at what we’ve got on the bench. We’ve got a strong bench, a dynamic bench. That’s hopefully going to pay for us towards the end of the game.”