Preparing to make his 10th consecutive start in Ireland’s back three on Sunday, Hugo Keenan has more than seized his opportunity since making his Test debut against Italy back in October, firmly establishing himself as a key player in Andy Farrell‘s side.

The 24-year-old once again starts at full-back in Sunday’s Guinness Six Nations showdown against Scotland at Murrayfield, having enjoyed a sensational breakthrough season at Test level, during which he has scored four tries in his nine appearances in green.

Keenan, a former Ireland Under-20 and Sevens international, has produced a series of assuring and eye-catching performances in Ireland’s back three, most memorably scoring a brace of tries against Italy on his debut appearance at Aviva Stadium and then establishing himself as Farrell’s first-choice 15 during this Six Nations campaign.

Latching onto an outstanding Garry Ringrose offload in Round 3 against Italy, Keenan once again showed the key attributes that have generated huge excitement around his future at Test level, bursting through the Italian defence off an excellent support line to finish for his fourth Ireland try.

It has been a rollercoaster 12 months for the Leinster back, who earned his place in Farrell’s Autumn squad by performing superbly for Leinster upon rugby’s return last August, as Leo Cullen‘s side secured the Guinness Pro14 title.

Reflecting on a ‘mad’ period since his Ireland debut, Keenan says: “It has flown by and has been a surreal time with everything else that is going on, but I’ve really enjoyed it and once you get a taste of that green jersey, you just want to keep putting your hand up and keep taking those opportunities. I’ve been lucky to get them so far.

“I don’t think you’ll ever be comfortable at international level, but you get more used to the environment and more used to the lads you’re playing with and the coaches you’re working with. I’m definitely more familiar now with the systems and the way we want to play here and that breeds confidence for sure.”

During his two years in the Sevens programme, Keenan won 12 caps for Anthony Eddy‘s side, and was a regular presence throughout the key moments on Ireland’s journey to the HSBC World Rugby Sevens Series – the memorable third place finish in London, to the World Cup in San Francisco, and then the 2019 qualifying tournament win in Hong Kong. 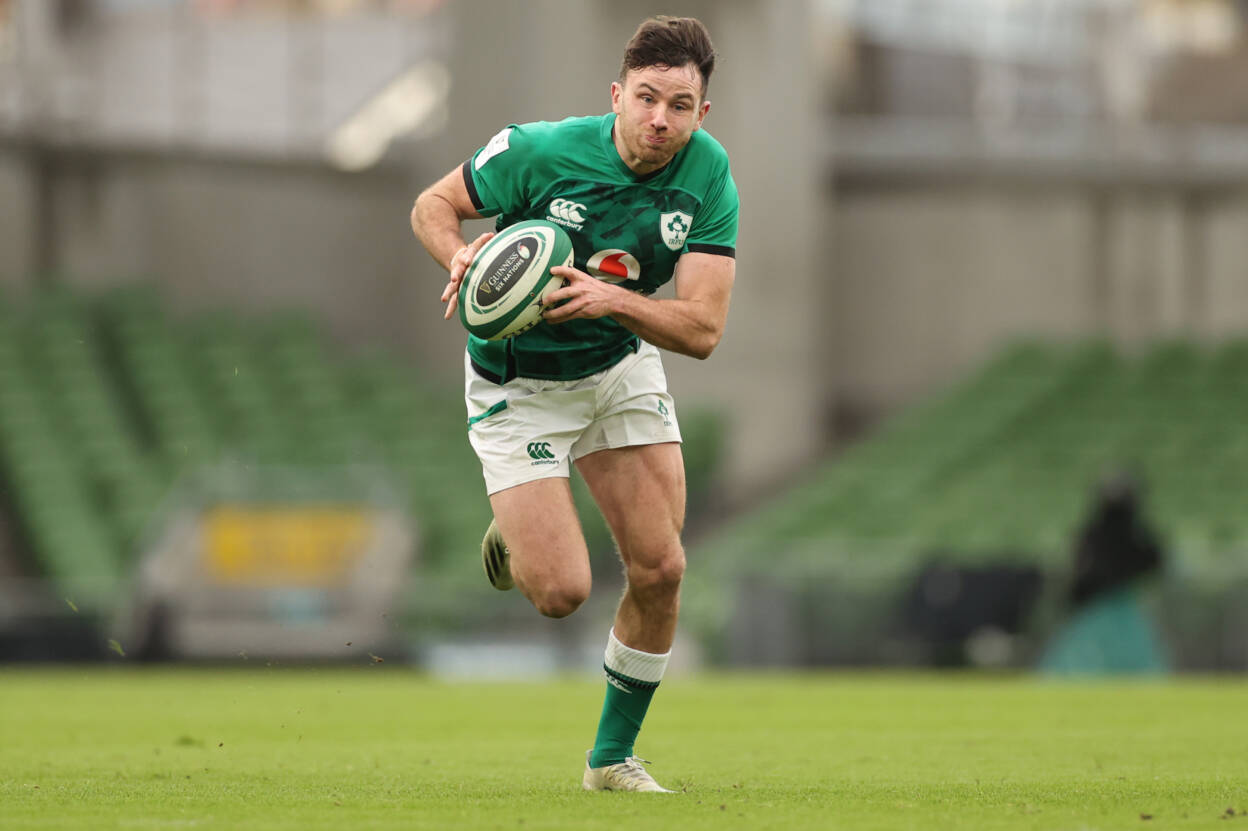 Recognising the level of competition in his position and the conveyor belt of talent ahead of him at Leinster during his first year in the Academy, Keenan jumped at the opportunity to gain exposure and experience with the Ireland Men’s Sevens and made his debut at the 2017 Moscow Sevens, a tournament Eddy’s side won as they beat Spain in the final.

Just like Will Connors and Shane Daly who also made their senior Ireland debuts last Autumn, Keenan reflects on his time in the Sevens programme with great fondness and attributes the exposure to regular international rugby as a key factor in his development as an all-round player.

Keenan’s performances for Ireland in the seven-a-side format, and indeed the obvious potential he showed in his first three starts for Leinster back in 2019, earned him a first senior contract with the province ahead of the 2019/20 campaign and there is no doubt his time with the Sevens programme aided his development and broadened his skillset.

Breaking into the Leinster team for key games last season, such as the Heineken Champions Cup quarter-final against Saracens and the PRO14 semi-final and final against Munster and Ulster, displayed his big-game temperament.

He continues: “I owe a lot to Anthony and the Sevens programme, it was a great stepping stone for me to move from that schools/underage player to put my foot in the door with Leinster. To go away when I wasn’t really getting a look in with Leinster to work on my skills and get that exposure at international level was invaluable.

“I really enjoyed it a long the way, it was a great bunch of lads and it’s cool to make those steps with the likes of Will and Shane.”

There’s no doubt his experience with the Ireland Under-20 and Ireland Sevens helped Keenan advance along the pathway, demonstrating his talent and exciting skillset for Leinster and then Ireland, with the former Blackrock College man now excelling for Farrell’s side.

While it has been a strange introduction to Test rugby during the ongoing Covid-19 pandemic, and his family and friends have not been able to attend any games, Keenan says his parents, siblings and grandparents have revelled in his success over the last six months.

“My grannies are loving it and the whole wider family are embracing it,” he says. 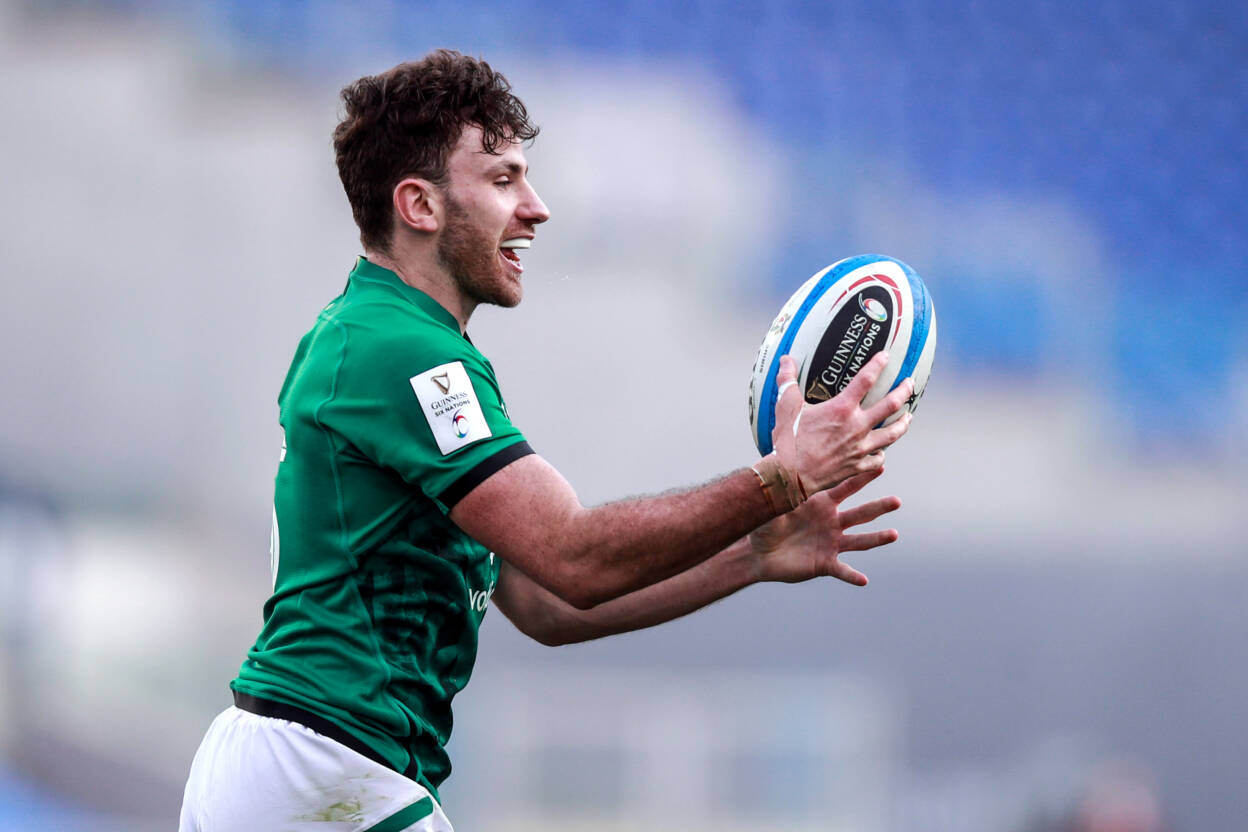 “My brother and sister are living away from home but when restrictions have allowed, they’ve been home to watch the games with my parents so they’re enjoying it all together and enjoying the journey with me. They’ve always been great supporters so it has been nice to see them enjoy it too.”

While Keenan has seized his opportunity and is now performing superbly in the number 15 jersey, he is keen to take each game as it comes, focusing on the short-term goals rather than looking too far ahead.

“I don’t like to look too far in the future, to be honest,” he continues. “I have never been too concerned about the long term, you just have to worry about the next couple of games that are in front of you. Coming back after the lockdown in the summer, it was all about those big European and Pro14 games for Leinster, and ever since then it has been important game after important game each week.

“You honestly can’t look past that and I don’t think about trying to reach any milestones like 20,30 caps or anything like that, because it can go so quickly and you want to stay in the moment to ensure you perform to your best every single week. I’ve learned the most I’ve ever had in this short period of time and I want that to continue so that’s where all my focus is. Working hard to be the best player I can be for the team and for the coaches.”

Ahead of Sunday’s clash against Scotland, Keenan adds: “I’ve enjoyed the nine caps so far but it’s all about the next one and it’s a huge game for us in Edinburgh. As I said, it has been a brilliant few months for me but we’re in the middle of a campaign and all of us have been working incredibly hard to earn the results we know we are capable of. There are two big weeks ahead now to make a statement and that’s our focus.”