Ireland captain Jonathan Sexton has praised his provincial and international team-mate Tadhg Furlong for the way he has ‘come out of his shell’ in the past year.

After taking over as Ireland head coach, Andy Farrell included Furlong amongst his player leadership group alongside the likes of Sexton and vice-captain James Ryan.

This is something that took the Wexford man by surprise, but the Ireland skipper has noticed a definite change in the way he approaches game week within the national camp.

Speaking about Furlong during a remote press conference, Sexton said: “Tadhg’s one of the guys that has massively stepped up. Especially since he’s come back from his injury. He was in the leadership group last year as well, but we’ve missed him in that regard.

“Again, he’s a quietly spoken guy, but he’s really switched on. Especially for a prop! He’s got an outstanding rugby brain. He’s got his finger on the pulse. He knows the mood of the group. He senses things really well.

“He knows when we’re a little bit off and since he’s come back, I don’t know what he did over the last 10 months, but he’s really come out of his shell and taken a huge leadership role within the group. Going forward he’ll play a massive part in that as well.”

While there was a leadership group in operation during Joe Schmidt’s reign, Sexton acknowledged there are some subtle differences to the one that exists under Farrell and his fellow coaches.

I think it has gone really well. The group by nature, the larger group, are a quiet group. Even the leadership group are a quiet bunch. They lead by their actions more so than their words.

“I think they’ve really come out of their shell over the last year. Obviously Faz has been encouraging them to really take ownership of it and drive things. It’s good both ways.

“Under Joe, it’s brilliant. You sit in, you get the plan. You get the way to go forward and you buy in. You do own it and you take control over it.

“It’s just different, but it’s brilliant as well. You’re trying to get guys to improve themselves as people and leaders. We’re going in the right direction and the guys have been brilliant so far.”

More importantly, there will be four (or possibly five) Six Nations points on offer in what should prove to be a compelling fourth round encounter. 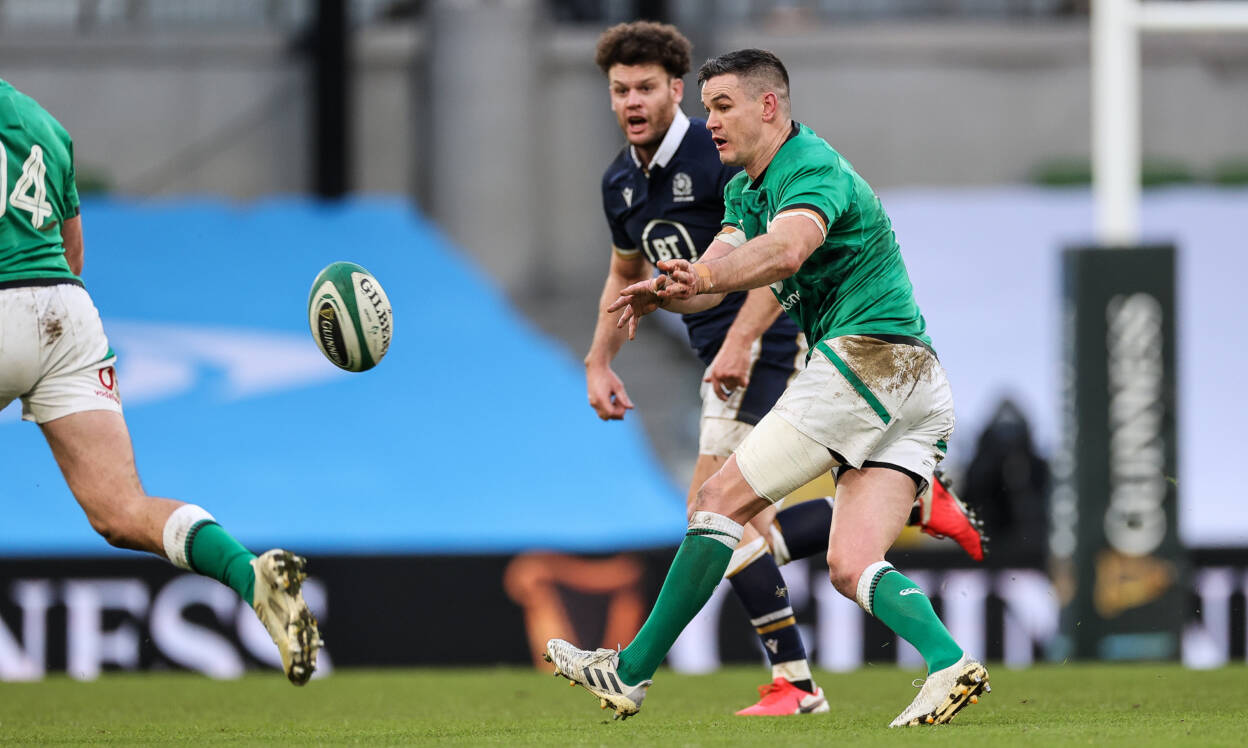 Despite having an excellent recent run of results against the Scots, Sexton insists it has not been all plain sailing for Ireland in this fixture.

“A little bit of luck, some fine margins,” he highlighted. “They’re probably very even games. Both teams had big purple patches in all those games. We probably capitalised.

“Fine margins often. In the last game we played them in the Autumn Nations Cup, they dominated the large part of the first half, but were only leading 9-3 if memory serves me (right) and we got a couple of scores before half-time.

“Then a couple of scores straight after half-time. We just capitalised on our pressure and they didn’t, but they’ll look back at those and say, ‘look at these opportunities that we had, we just need to be more clinical’. We need to just make sure we’re better this week and keep improving on the things that I’ve just spoken about.”

It is set to be a hectic few weeks for Sexton and his provincial colleagues in the Ireland squad, as following the completion of the Six Nations on March 20, Leinster will have seven days to prepare for the PRO14 final against Munster.

The week after that, there is the small matter of a knockout Heineken Champions Cup duel with Toulon on home soil. He added:

We’re obviously very focused on the next two weeks, Scotland and England. Then into the Leinster-Munster final, into Leinster-Toulon last 16, hopefully into a quarter-final (in Europe).

“It’s a crazy few weeks, but it’s just what this year has thrown at us. You’ve got to be adaptable, you’ve got to do things that you wouldn’t normally do. We’ve got a taste of it already.

“We’ve learnt some big lessons over the start of this season, end of last season, where we had a semi-final and final against Irish opposition and then into a Saracens quarter-final. Three weeks in a row.

“We’ll have learnt a lot from that and we’ve got to do something similar now coming up. I know it’s only a couple of weeks away, but it’s quite far down the line in terms of sport.

“We’ve got a massive game (against Scotland) this week. Once we get out of the Irish camp we can start to focus on Leinster, but we won’t be giving it much thought until then.”