Following the disappointment of losses to Wales and France in the opening two rounds of the Guinness Six Nations, Jamison Gibson-Park was delighted to see Ireland return to winning ways against Italy yesterday.

In unison with captain Jonathan Sexton at half-back, Gibson-Park played his part in a commanding 48-10 bonus point victory over the Azzurri in Rome.

This puts them in a good place for their impending encounter with Scotland in Edinburgh on March 14 and the visit of England to the Aviva Stadium six days later.

Speaking after the third round tie, Gibson-Park said: “Obviously off the back of a couple of difficult weeks, it was nice to put out a performance that I think we can be proud of. A step in the right direction.

“We’ve worked pretty hard over the last couple of weeks to display a bit more intent. That was a massive part of it. Showing our intent and our ability to play good football.

“I think in patches we certainly showed that today. We set ourselves very high expectations at the start of the campaign. We had a couple of difficult weeks to begin with.

“We felt as a group we weren’t a million miles away. We certainly feel as though it’s a step in the right direction and a path to better performances over the next few weeks.”

Having had to wait until week three of the tournament to get their first victory, you might be forgiven for thinking this would come as a weight off the shoulders of the Ireland squad.

While Gibson-Park acknowledged there was a little bit of this at play, he said that they had remained in good spirits despite falling narrowly to both Wales and France.

There’s a small bit of relief amongst the group, but in the same breath there’s a lot of confidence among us and we know how good we can be. We look forward to hopefully bringing that on the park in the next few weeks.

“Obviously we’re without a crowd here, but Italy is not an easy place to come and they often perform pretty well at home. Relatively happy with how it all went today.”

Already having to contend with the presence of long-time first-choice scrum half Conor Murray, Gibson-Park has fresh competition for the number 9 jersey in the form of Munster starlet Craig Casey.

The Limerick youngster made his Ireland debut off the bench in the final quarter yesterday, and he has left a strong impression on Gibson-Park in the few short weeks they have spent together.

“Craig’s a great young lad. One of the best work-rates I’ve seen in a young footballer in forever, probably,” admitted the Leinster half-back. 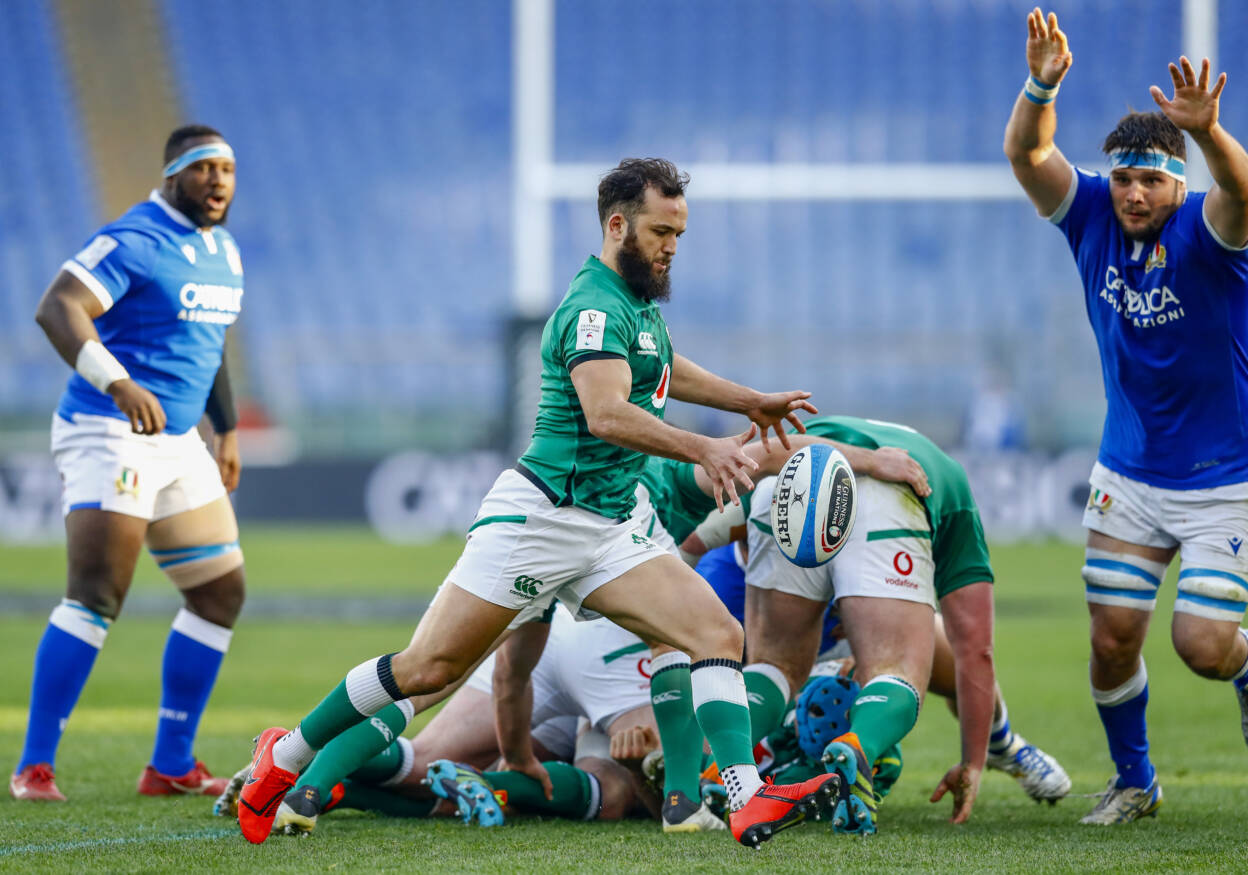 What is also without question in Gibson-Park’s mind is the continued worth of Robbie Henshaw to the Ireland cause. The Athlone man is a team-mate of his at Leinster, and he was able to share the pitch for Henshaw’s 50th cap for Ireland.

“Robbie’s world class. He’s one of those guys that just you love to have in your team, because you know he’s always going to give his 100% every single week.

“Throws his body into the tough stuff and that’s what you want in a team-mate. He’s a brilliant team-mate. I love playing with him.”

A debutant in Ireland’s last clash with Italy at the Aviva Stadium last October, Gibson-Park picked up his eighth international cap in Rome. It was also his second consecutive Six Nations start, having played the full 80 minutes of the France match.

He clocked up an additional 62 minutes in the Italian capital and while he accepts he still has a lot to learn, the 29-year-old is steadily getting a handle on what Test rugby is all about.

“I’m obviously still very early on in an international career, but I feel like I’m coming to grips with things. That’s the feeling in the whole team. We’re training unbelievably well and it’s nice to see a little bit of that on the park today.”