They made be at very different stages of their international careers, but Craig Casey, Ryan Baird and Robbie Henshaw were at the forefront of Andy Farrell’s mind during his post-match press conference in Rome.

The Ireland head coach had just watched his side record a convincing 48-10 bonus point win Italy in the third round of the Guinness Six Nations Championship.

With a healthy cushion on the scoreboard, Farrell was able to introduce 21-year-old pair Casey and Baird off the bench for their senior international debuts.

Meanwhile, it was a landmark day for Henshaw. He led the team out on the occasion of his 50th Ireland cap, having made his own bow against the USA back in June 2013 – just four days shy of his 20th birthday.

Speaking after the six-try showing against the Azzurri, Farrell said: “I’ve just said to them there, the two guys (Casey and Baird), I was waiting for their nerves to kick in all week. They were absolutely nerveless and an absolute credit to themselves and to their families.

“In these Covid times, I feel for the families not to be able to come out to Rome and see that experience. Because their sons were outstanding. They became men today.

“Again, they got about their jobs quietly all week and their nerves never really set in at all. The only thing that I asked of them today was to be themselves and they were that in spades. I thought they were outstanding and Robbie Henshaw, I don’t know what else we can say about Robbie.

“Other than he was top class, top drawer, today. Some players put pressure on themselves when they reach milestones and the other players just grab the occasion by their own hands and embrace the pressure.

“Embrace the occasion and take the game to the opposition. From minute one, that was an outstanding performance from Robbie in that first 40 minutes. Well done to the three of them.”

In an overall context, Farrell was pleased with the application of his players against Italy. In spite of earlier defeats to Wales and France, morale has remained high within the squad and enabled them to deliver a strong performance in Rome.

First of all, I’m really proud of the players. They’ve shown real character over the last couple of weeks. It’s not nice coming after two losses and waiting a couple of weeks to try and put that right.

“We talked about a test of character and they’ve stayed strong. They’ve stayed very united together. As a group I think they’ve all pulled together and showed their leadership in different ways.

Already without the likes of Caelan Doris, Quinn Roux and Conor Murray because of injury, there was some concern over Jordan Larmour, Dave Kilcoyne, Ronan Kelleher and Tadhg Furlong due to knocks picked up yesterday.

The quartet will be further assessed on their return to Dublin, and with another rest week ahead in the tournament, they will be given every opportunity to prove their fitness ahead of the Scotland match. 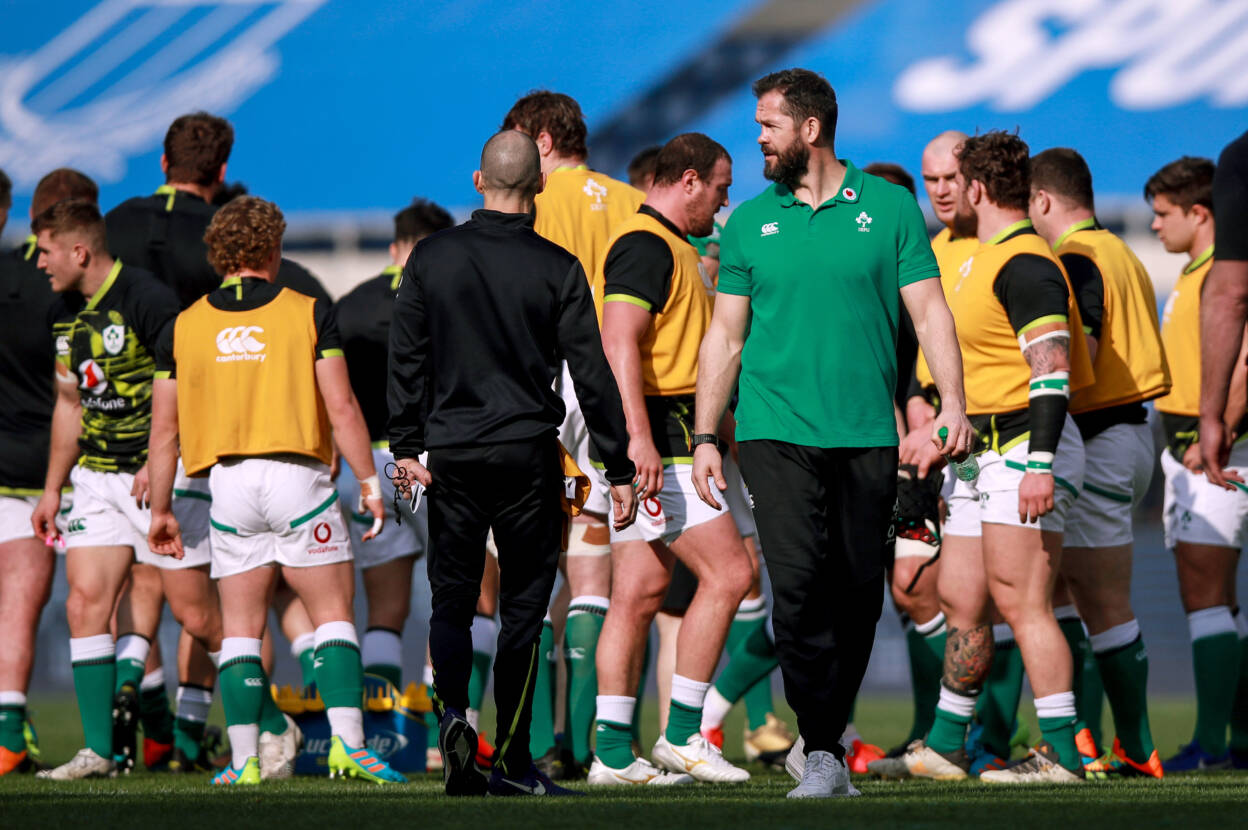 “There’s a few niggles that we need to assess in the morning. Especially after the flight home this evening. We’ll see how people pull up,” explained Farrell.

“Jordan had a little bit of a tightness in his hip flexor, so we had Earlsy (Keith Earls) on early enough because we didn’t want to take a risk there.

“Tadhg has just gone over his ankle, but he seemed to walk off pretty well. Ronan has just got a dead calf, so he’s going to be good and David Kilcoyne failed his HIA,  but he’s in good spirits in the changing room as well.”

Next up for Ireland is a trip to BT Murrayfield on Sunday, March 14, with Farrell hoping that his charges can make it back-to-back victories.

Even though CJ Stander’s try early in the second half effectively put the outcome beyond doubt yesterday, Farrell insisted Ireland will be well primed for their upcoming showdown with the Scots. He added:

We know that if we don’t get our own intensity right, that we don’t earn the right to score the tries that we have today. I thought that’s what we did, first and foremost, and we approached the game in the right manner.

“We earned the right to score the tries. Does that prepare us well for Murrayfield? We take a break now. We’ve got a weekend off and we dust ourselves down. We prepare as best we can for Murrayfield.

“We had two weeks off leading into this game and the question being asked during the week is are you on a hiding to nothing? Not for us, because we judge our own performance. Our performance and our attitude was good today.”