Ireland head coach Andy Farrell has insisted his side’s attitude will need to be spot on when they face Italy in the third round of the Guinness Six Nations Championship tomorrow.

In Rome two years ago, the Azzurri – under the stewardship of former Ireland international Conor O’Shea – were four points in front at half-time, before Ireland subsequently got to grips with their challenge and earned a 26-16 victory.

The Italians are currently at the foot of the Championship table, following defeats to France and England in the opening two rounds. Nonetheless, they have produced patches of good play to date and Farrell is not taking Franco Smith’s men for granted.

Speaking from the squad’s base at Carton House, he said: “When you hear some reports, you look at a couple of scorelines and you can make it out to be something that it’s completely not.

“In the French game (against Italy), I thought the French were very clinical. In the first game of the competition, Italy tried to show their brand of rugby, an expansive game.

“France doing what they do. Good set piece, good territory, good kicking territory-type game and then trying to hit them on the counter. They had quite a few chances, but they converted most of them.

“They were very clinical. I thought Italy certainly improved the week after. I thought the English found it tough for them to break down. They’ve got some really dangerous backs.

“Strong, fast, dangerous backs who like to play in an expansive way. Again, we have to go over there with the right attitude.

“A couple of years ago, I didn’t feel we got the blend right over there and it came across as sloppy at times. Last year at the Aviva, I thought our attitude was spot on and hopefully we can do the same in Rome on Saturday.”

The teams’ 2020 meeting at the Aviva Stadium was originally set to take place in early March, only for it to be postponed due to the rising profile of Covid-19 within Italy.

The spread of the Coronavirus throughout the globe placed the Six Nations on a lengthy hiatus, before the two side finally clashed in Dublin on October 24.

The return of provincial rugby two months earlier had enabled a number of players to force their way into Farrell’s plans. The Leinster quartet of Ed Byrne, Will Connors, Jamison Gibson-Park and Hugo Keenan all won their first Ireland caps against Italy last October.

Another couple of players are now also in line to make their Test bows, with the uncapped duo of Craig Casey and Ryan Baird listed amongst the replacements for tomorrow’s game. 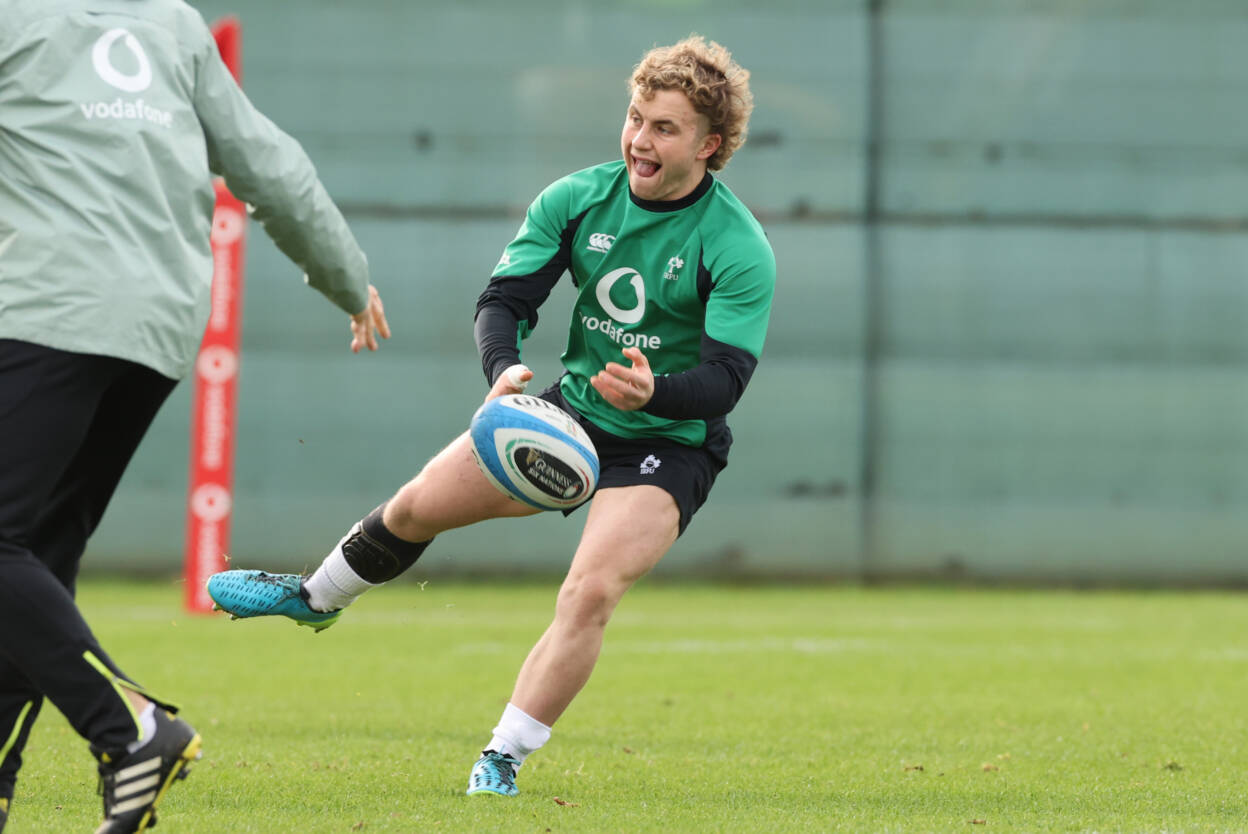 Casey, the 21-year-old Munster scrum half, was the one unused replacement for Ireland’s second round defeat to France on February 14, but this has done little to dim his enthusiasm.

“He’s been great, he’s like a sponge,” Farrell said of Casey. “He’s at the front of the class with his notepad the whole time, taking absolutely everything in. His attitude, like I’ve been saying over the last couple of weeks, is infectious.

I was very impressed with his mature attitude in the sense that he obviously would have been upset, and rightly so, for not getting any minutes, in what he thought was going to be his debut against France.

“Then he goes back to Munster, dusts himself down and plays really well in poor conditions in Edinburgh in their Guinness PRO14 game.

“Obviously you can’t promise anything in this world, can you? Certainly in international sport, but if he gets his chance, he’ll certainly be ready.”

In total, Farrell has made seven changes to the side that lost narrowly to France. Having featured prominently off the bench, Ronan Kelleher and Jordan Larmour will both start on this occasion, with Rob Herring and Keith Earls the ones to make way.

While acknowledging it was no reflection on those who missed out on the starting XV, Farrell has full confidence in what Kelleher and Larmour can bring to the side.

“Obviously the front row has changed, but the three that come in, they’ve been working together in training for the last three and-a-half weeks. There’s some continuity in that regard there. We feel that Ronan deserves a start.

“His attitude has been first class in training, etc. He’s played well when he’s come on and this is the game for him to start. It’s not to say Rob Herring has not been playing well.

“As coaches, for as much as you try and put a plan together, or give them little bits of different intricacies within the play, I’ve been around long enough to realise good players and dangerous players can make something out of nothing as well. Certainly Jordan is one of those.” 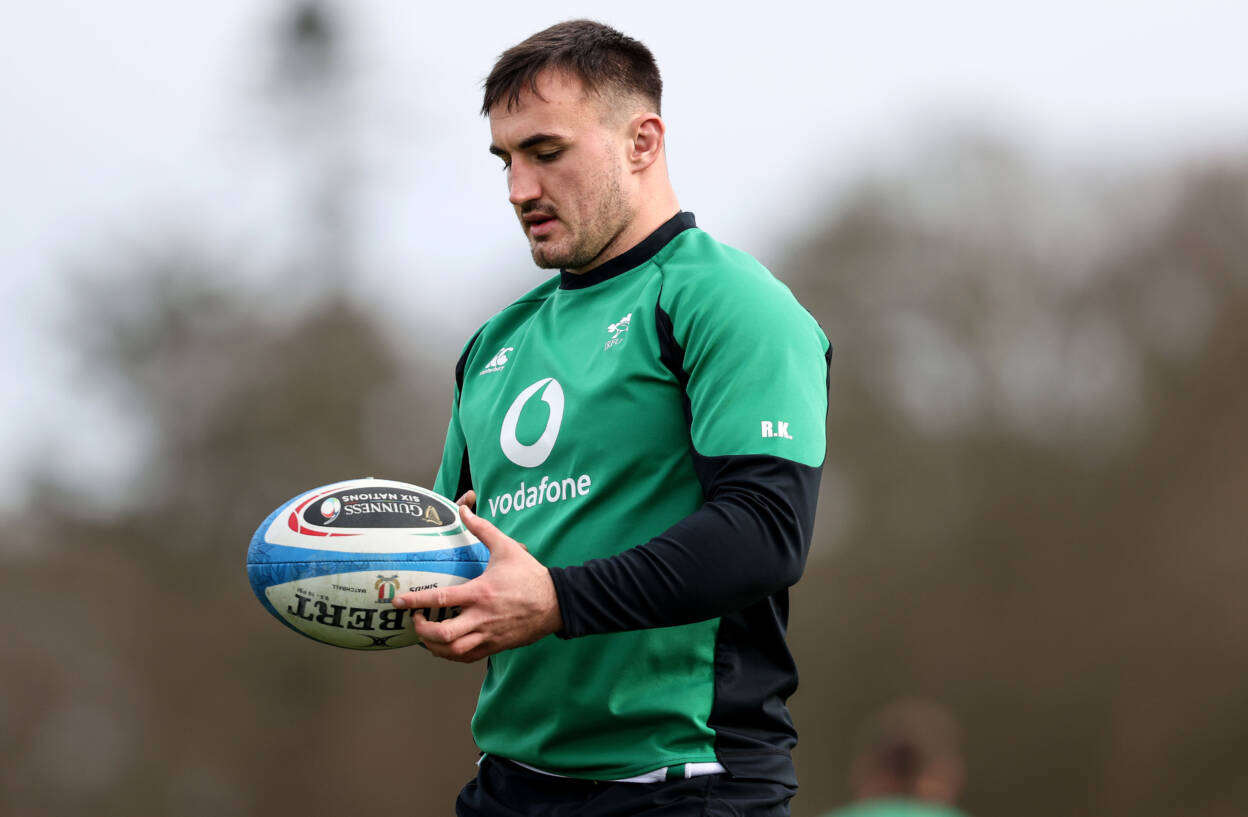 There is a positional switch for Tadhg Beirne who moves to the back row this week, filling the blindside flanker berth alongside fellow Kildare man Will Connors and CJ Stander.

Farrell said this is just reward for Beirne’s performances to date in 2021, while he is also intrigued by the triple set piece threat that himself, James Ryan and Iain Henderson have the potential to offer.

Tadhg’s been playing really well. Whether it be in the second row or at 6, he’s been playing well and deserves his chance again in the starting side.

“He adds on both sides of the ball, but set piece wise, along with James Ryan and Iain Henderson, the three of them have been pretty strong in the lineout as well.”