Ireland head coach Andy Farrell is hopeful that tomorrow’s Guinness Six Nations encounter with Italy in Rome will be the start of his side adding a ruthless streak to their game.

Ireland will be gunning for their first win of this year’s Championship in the Italian capital, following two close defeats at the hands of Wales and France.

Certain elements of their performances in 2021 have provided Farrell with encouragement, but he feels they need to take that next step in order to challenge for silverware once again.

“There’s quite a lot right within our game, but it all comes down to having a clinical edge at this level,” he said, after announcing the team to play Italy. “Our fight, our want, our will to impose ourselves against the opposition has been top class.

“The finishing clinical edge is obviously always the missing part of any ingredient of a side that wants to be world class. That’s what we’re striving for and hopefully we can make a jump in that direction this weekend.

“Obviously you’ve got to get your basics right as well. Your set piece again has to be strong, which it has been. That will give us a good front-foot ball.

“We need to be a little bit more connected in our attack, our breakdown work has to be ferocious for the quick ball. We want to play at the tempo that we want to play at. That isn’t just quick. It’s being able to slow it down and speed it up at the appropriate manner.”

Ireland’s lone try scorer in the recent 15-13 loss to France was Leinster hooker Ronan Kelleher. He is now rewarded for his busy displays off the bench with a first Six Nations start.

While his ability on the ball is undeniable – he has nine tries in just 19 games for his province – Farrell believes the 23-year-old’s defensive attributes will be every bit as crucial to Ireland’s quest for a first victory of the calendar year.

In Ronan’s couple of cameos coming off the bench, his carrying has been really tough and explosive. He’s certainly a specimen in that regard.

“I’m hoping to see that, on the other side of the ball, that he can be a nuisance regarding his defence and his breakdown work.

“Obviously (he has) a solid set piece. We’ve seen his confidence really come on over the last few weeks. Hopefully that transpires into a good performance at the weekend.”

Kelleher is one of several players to be handed their international debut during the early part of Farrell’s tenure. Craig Casey and Ryan Baird will join that group tomorrow if they are sent on from the bench.

Only for injuries, the 21-year-old Baird may well have earned his first cap before now. Farrell has had his eye on the versatile forward and is excited to see what he can offer. 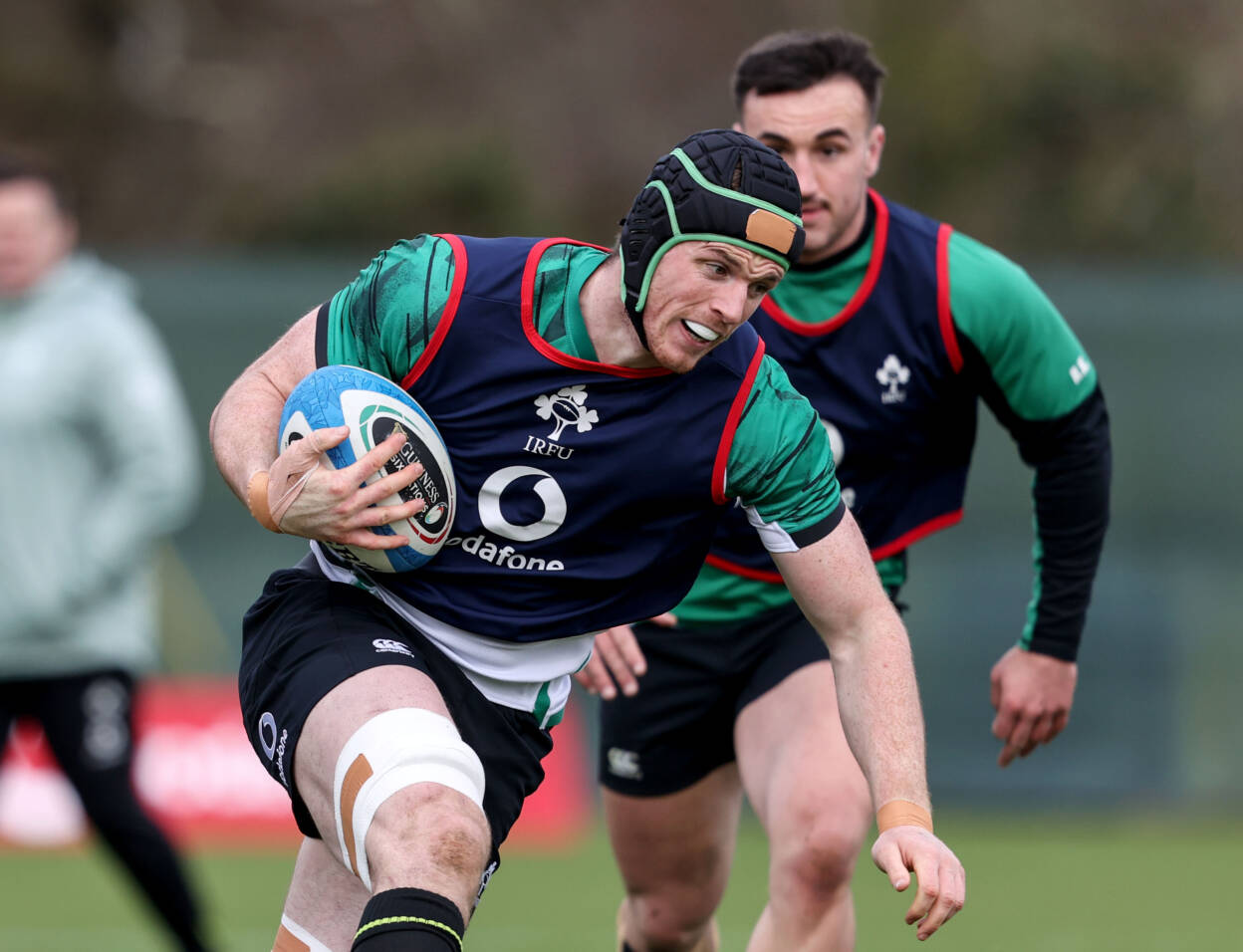 “We’ve seen the progress because of the exposure of coming into the camp. What we’ve seen in the past when we’ve done that with a number of kids, is that the hunger burns inside them to want to get back in this camp in their own right.

“It has been a little bit stop-start for Ryan because of a few injuries along the way, but he’s had a couple of big months under his belt now.

“Obviously Quinn Roux dropped out of the squad and Tadhg (Beirne) going to number six opens the door for Ryan to grab his chance. We feel he’s ready. It’s up to him now to go out there, along with his team-mates, and give the best version of himself.” 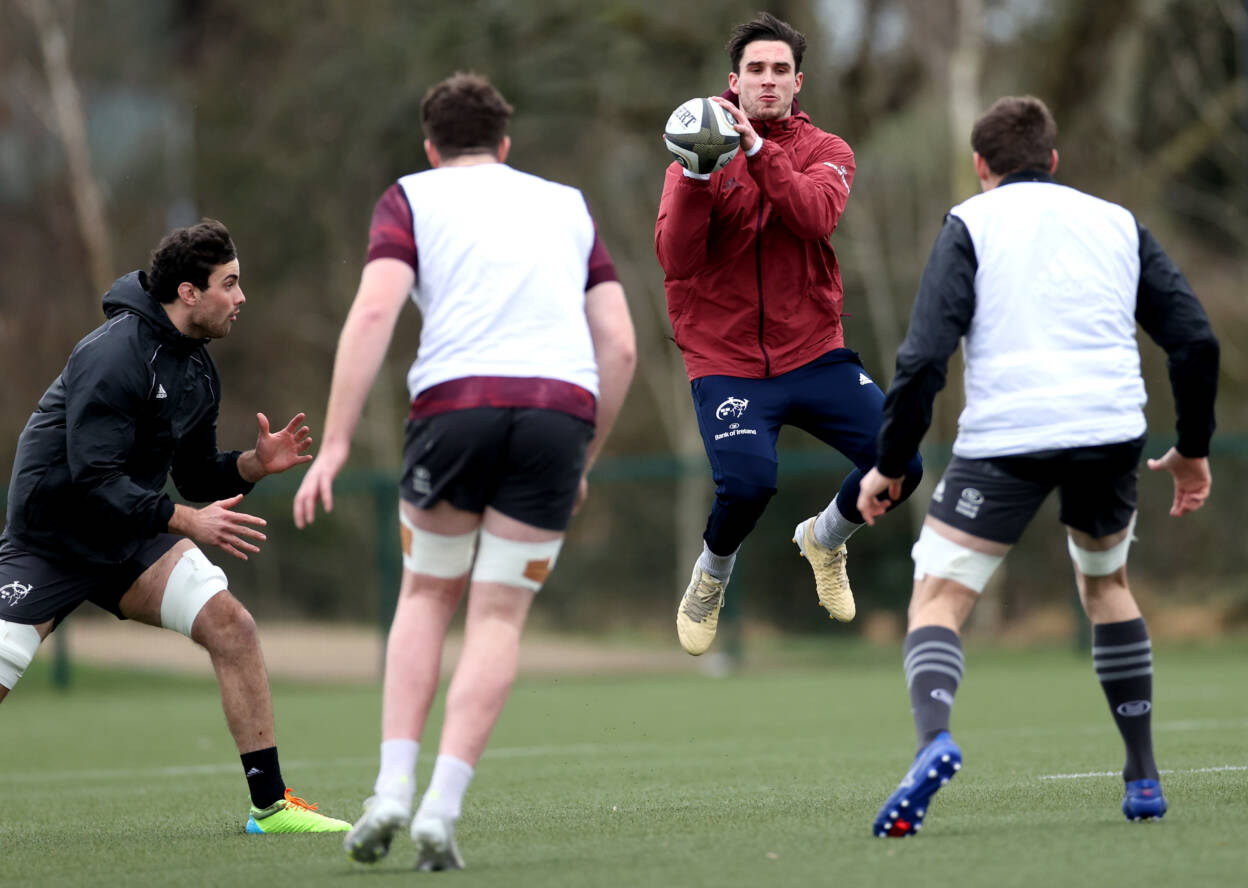 You can never have too many options as an international coach and that is part of the reason why Farrell was so thrilled with the news that long-term absentee Joey Carbery has been included on the Munster bench for tonight’s Guinness PRO14 clash with Cardiff Blues.

Farrell worked closely with Carbery in his previous capacity as assistant coach to Joe Schmidt, but he has been sidelined for over a year after undergoing wrist and ankle surgery in the early part of 2020.

Farrell looks forward to the day he can call on the talented 25-year-old out-half’s services once again, although he did urge caution as Carbery looks to get back up to speed in Munster red.

First of all, I’m absolutely delighted for Joey. I know first hand of what he’s been through over these last couple of years. He has worked hard to try and get back.

“On a few occasions it hasn’t happened for him and I’d just like to praise all the medical team that’s looked after him down in Munster, obviously, and along with the IRFU at the same time as well.

“Because we’ve got him to a place now where he’s comfortable and super excited about getting back out there on the field. I think what we need to be cautious about is giving Joey the time.

“He’s been out for so long, so he’s keen to get back in there to do well. If we give him the room and the time, and let him get a number of games under his belt, I’m sure Joey will come back to the player that we all know he’s going to be.”