For the visit of the table-topping French side, there is a new half-back pairing, a new captain, a caps record in the front row and one uncapped player on the bench.

Ireland captain Jonathan Sexton and vice-captain James Ryan have not hit all their markers this week in the return-to-play protocols so are not considered for selection.

Ulster’s Iain Henderson will captain his country for the first time, becoming the 108th player to lead Ireland. He will be partnered in the second row by Tadhg Beirne, last week’s try scorer against Wales.

The front row that started in Cardiff – Cian Healy, Rob Herring and Andrew Porter – is retained. Healy will win his 106th cap, taking him ahead of John Hayes (105) as Ireland’s most-capped prop.

Josh van der Flier and CJ Stander are joined in the back row by Leinster’s Rhys Ruddock who slots in on the blindside flank for the suspended Peter O’Mahony. It will be Ruddock’s first Six Nations start.

Conor Murray picked up a hamstring strain in training this week, so Jamison Gibson-Park comes in at number 9 and will partner Billy Burns – both players are set to start a Championship match for the first time.

Garry Ringrose and Robbie Henshaw continue together as the centre combination, and the back-three is also unchanged with Hugo Keenan at full-back, flanked by Keith Earls, who wins his 90th cap, and James Lowe. 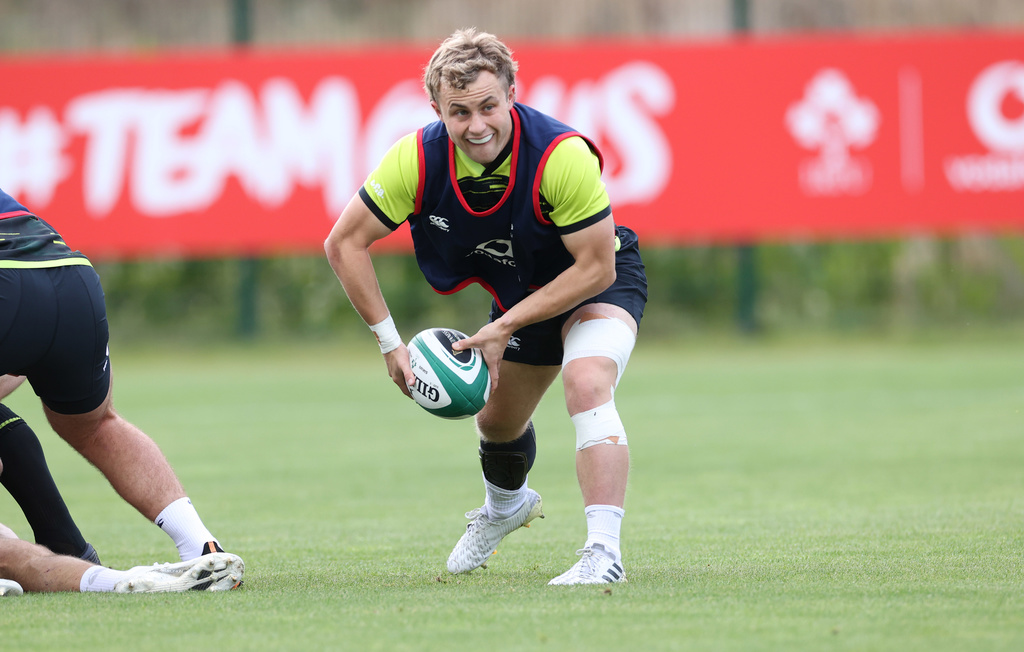 There are four changes in the replacements as Ed Byrne, Ultan Dillane, Ross Byrne and the uncapped Craig Casey come in, while Ronan Kelleher, Tadhg Furlong, Will Connors and Jordan Larmour complete the bench for the weekend.

Speaking from the team hotel at Carton House, Farrell said: “We’re excited about it. We’ve obviously lost a few experienced players there during the week, but one man’s loss is another man’s opportunity.

“The squad is united in the excitement of the challenge ahead for the weekend. It’s why you do these things, isn’t it? You have your fingers crossed along the way.

“Things don’t quite go this way from time to time, but that’s why you pick a squad like you do in the autumn and give people a chance, to see what it’s like at international rugby. Our squad depth is coming into play at this moment and time.”

On Ireland’s latest captain, he added: “Hendy brings authority. He also brings a calmness. I think that was one of the really pleasing aspects of the game at the weekend against Wales, regarding obviously going down to 14 men.

“There was a calmness throughout that leadership group, throughout the team and Iain was right at front and centre of all that.

“He’ll do exactly the same this Sunday. He’ll see it as a challenge, he’ll get excited about it. I’m sure he’ll lead the boys very well.”