Sunday’s Guinness Six Nations encounter with France at the Aviva Stadium is set to be a landmark one for Ireland winger Keith Earls.

Named in an unchanged back-three alongside Leinster duo Hugo Keenan and James Lowe, Earls will pick up his 90th international cap. The 33-year-old made his Test bow against Canada back in November 2008. at Thomond Park

That was a dream moment for Earls, who had grown up five minutes down the road from the home of Munster Rugby, in the Limerick suburb of Moyross. He claimed a debut try in a 55-0 victory over the Canadians.

More than 12 years on from his Ireland debut – and with a further 31 tries under his belt – Earls maintains the same hunger and desire to don the green jersey.

“The excitement is right up there,” he insisted, speaking to reporters on team announcement day. “I’m genuinely excited about this squad. I’m very excited about the style of play we’re playing under the coaches as well.

“You see last week (against Wales), I think people saw a different side to us. They saw a massive difference even from last year and November. Excitement for that alone is brilliant, but 90 caps goes like the blink of an eye. It feels like a long time ago.

“Representing your country, no matter how many times you’ve been capped. I know it’s a cliche, but it’s unbelievably special. I have 90, Craig (Casey) will have his first and we plan to give him a special first cap hopefully.”

Despite coming out on the wrong side of the result to Wales in Cardiff, Earls believes Ireland drew a lot of encouragement from the way they performed on the day.

“Going down to 14 men (early on), a lot of teams do have to work twice as hard, but loads of confidence taken from last week. I know we defended a lot, but when we were attacking, we were breaking Wales down,” he said.

“A lot of individual errors gave Wales a chance to get into our attacking zone. A lot of mistakes fellas don’t usually make and it was just one of them days. A lot happened and we could have won, apart from our mistakes.” 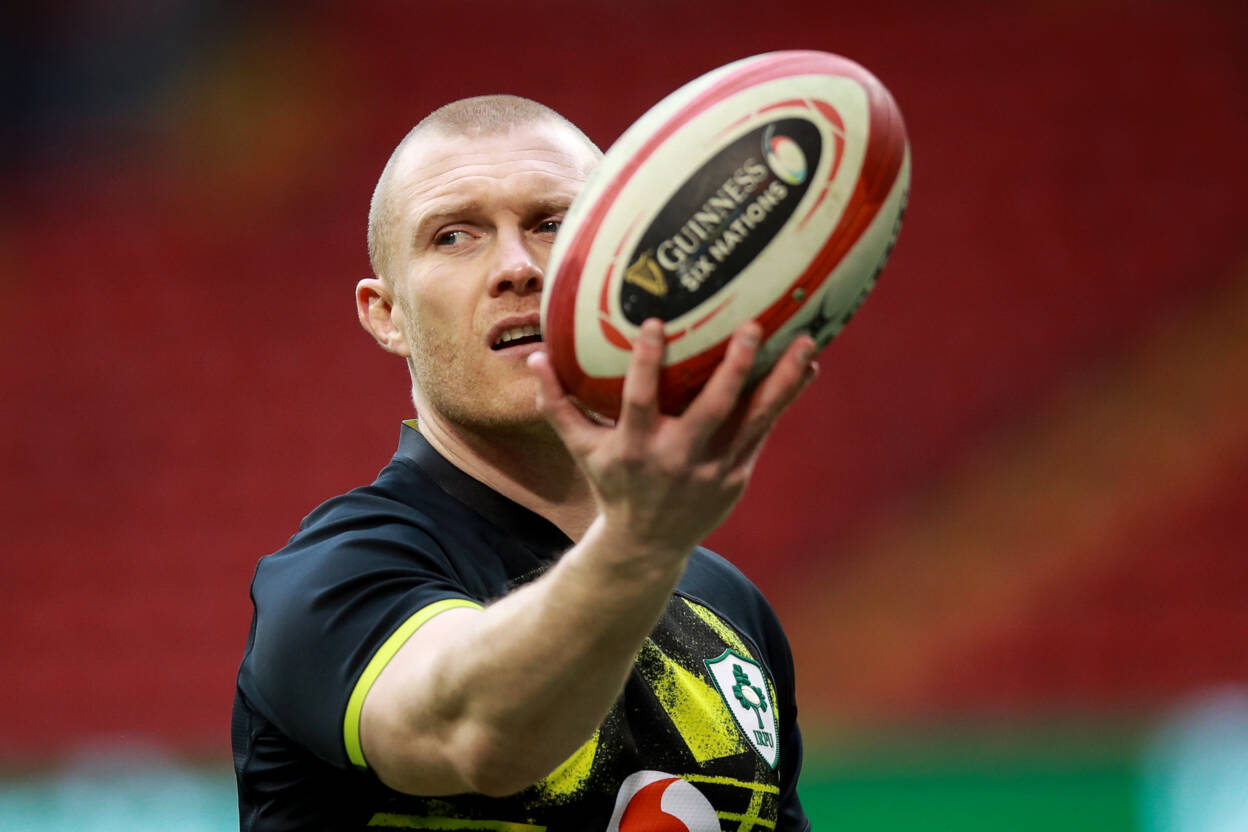 Like Ireland head coach Andy Farrell, rather than lament this week’s injury-enforced absence of captain Jonathan Sexton and Conor Murray at half-back, Earls is keen to focus on what their replacements can bring to the table.

Billy Burns and Jamison Gibson-Park will take over from the experienced duo for the France match, with the aforementioned Casey in line to make his debut as Ireland’s replacement scrum half.

Obviously it’s tough losing the experience of Conor and Johnny, but the two lads stepping in… Billy has been flying it with Ulster. He’s settled in well in the squad, he’s popular in the squad.

“Everyone backs him because he’s an unbelievable talent. Of course he’s disappointed with last week and that kick (for touch at the end), but that’s sport. It doesn’t happen too often, especially with Billy.

“Jamison is cool as a breeze. He’s played in massive games for Leinster before. He’s a Super Rugby winner. There’ll be no fear of him and no fear of both of them. We’re all quite confident and we know how talented they are.

“When they do click, it’ll be just as good as Conor and Johnny. Craig, obviously working closely with him in Munster, he’s a special talent and he’s one fella who I’ve no worries about. He’s all over his stuff.

“He’s the ultimate professional and he’s an unbelievable talent as well. Obviously disappointed for Murr, but I’m delighted for Craig. A great opportunity.

“A massive test for him, his first cap. Hopefully he comes on and he’ll add spark. He’ll add his own unique style of play to us, which can only help us.” 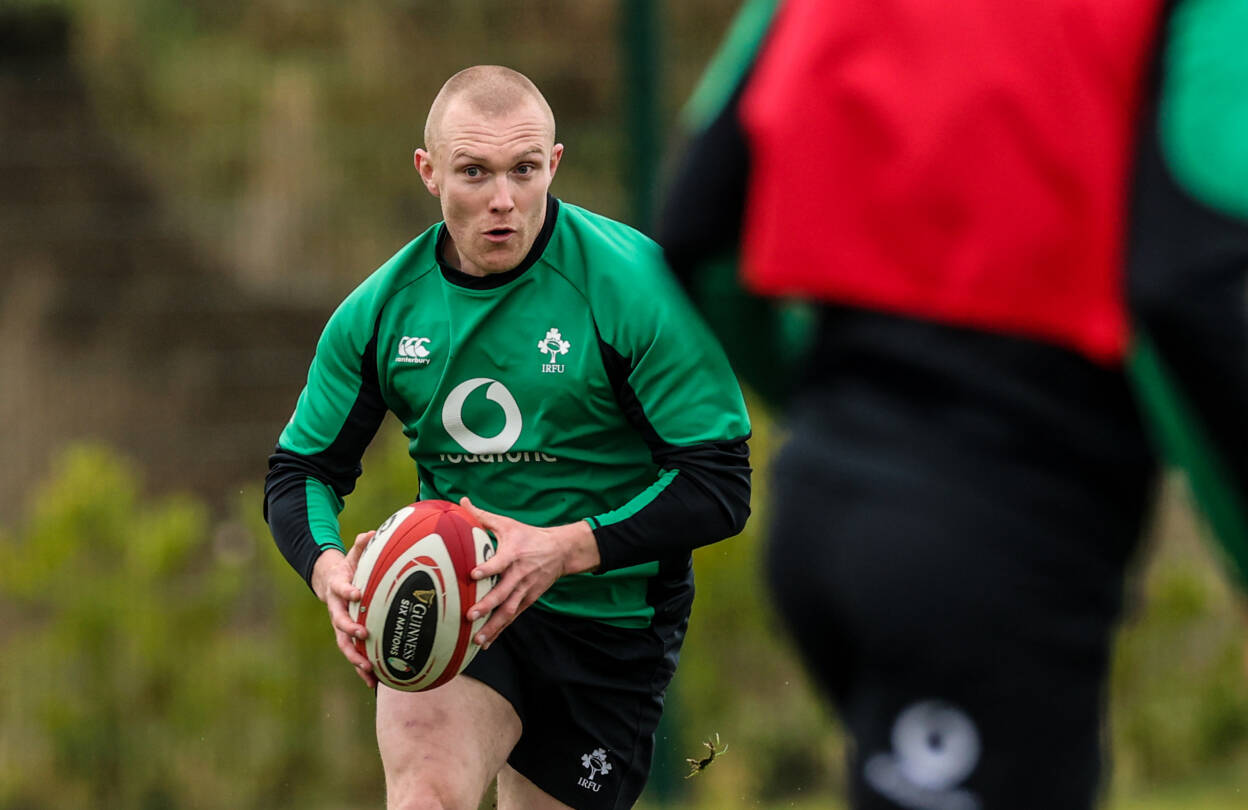 In the days leading up to Sunday’s showdown with the table toppers, Antoine Dupont has been highlighted as a big threat in this French team – especially given the form he has been in for club (Toulouse) and country.

Nonetheless, Earls stresses that the French scrum half’s eye-catching moments are made possible by the quality that he is surrounded by.

“Obviously he’s been mentioned because he’s playing at scrum half. It’s an important role. He’s the general of their team. We speak about them as a unit. He’s a special talent, but it’s the lads around him as well that make him look good.

“He’s obviously scored a lot of tries trailing up the field from a lot of breaks from the players around him. We haven”t spoken about him too much, but we’ve touched on all of them as individuals and a unit. The French flair seems to be back again.”

The Dublin date with France will be Ireland’s fifth game to take place behind closed doors since the resumption of international rugby in Europe last October.

Earls has played a part in three of the four Test fixtures that have taken place in an empty Aviva so far and, in the absence of spectators, he feels Ireland will continue to develop their own energy.

It’s something we have to create ourselves on the field. That will come by big plays and individuals having big plays. Us having the knowledge of our own plays and putting what we spoke about into action.

“If we do what we say we are going to do, then the buzz on the field will be enough. Not having the crowd in a packed Aviva is very disappointing, but we do have to create our own buzz and we’ve no doubt we can do that with the talent we have.”