Andy Farrell is determined to get his Ireland charges back to winning ways against France, the first round leaders ©INPHO/Billy Stickland

Injury may have forced his hand for Sunday’s eagerly-awaited Guinness Six Nations match against France, but Ireland head coach Andy Farrell has expressed his confidence in the matchday 23 he has selected.

In addition to Jonathan Sexton and James Ryan being ruled out after not passing all the necessary steps of their return-to-play protocols, Conor Murray is also sidelined with a hamstring strain picked up in training yesterday.

Into the breach comes Billy Burns, Iain Henderson, who captains his country for the first time, and Jamison Gibson-Park, with Murray’s Munster colleague, Craig Casey, poised to make his debut off the bench.

Speaking from the team hotel at Carton House, Farrell said: “We’re excited about it. We’ve obviously lost a few experienced players there during the week, but one man’s loss is another man’s opportunity.

“The squad is united in the excitement of the challenge ahead for the weekend. It’s why you do these things, isn’t it? You have your fingers crossed along the way.

“Things don’t quite go this way from time to time, but that’s why you pick a squad like you do in the autumn and give people a chance, to see what it’s like at international rugby. Our squad depth is coming into play at this moment and time.”

While the prospect of all three players being available seemed possible at the beginning of the week, luck was not on the side of Farrell and his coaching team as they looked to finalise their squad for the second round game.

“Johnny yesterday didn’t come through the HIA protocols. James earlier in the week and we’ve just found out about Conor. I found out 15 minutes ago, actually. He went for a scan for a slight hamstring trouble, that he picked up yesterday in training.”

With both Sexton, the Ireland captain, and vice-captain Ryan unable to line out against les Bleus, Ulster skipper Henderson will step up to lead Farrell’s men into battle for their first home fixture of 2021. 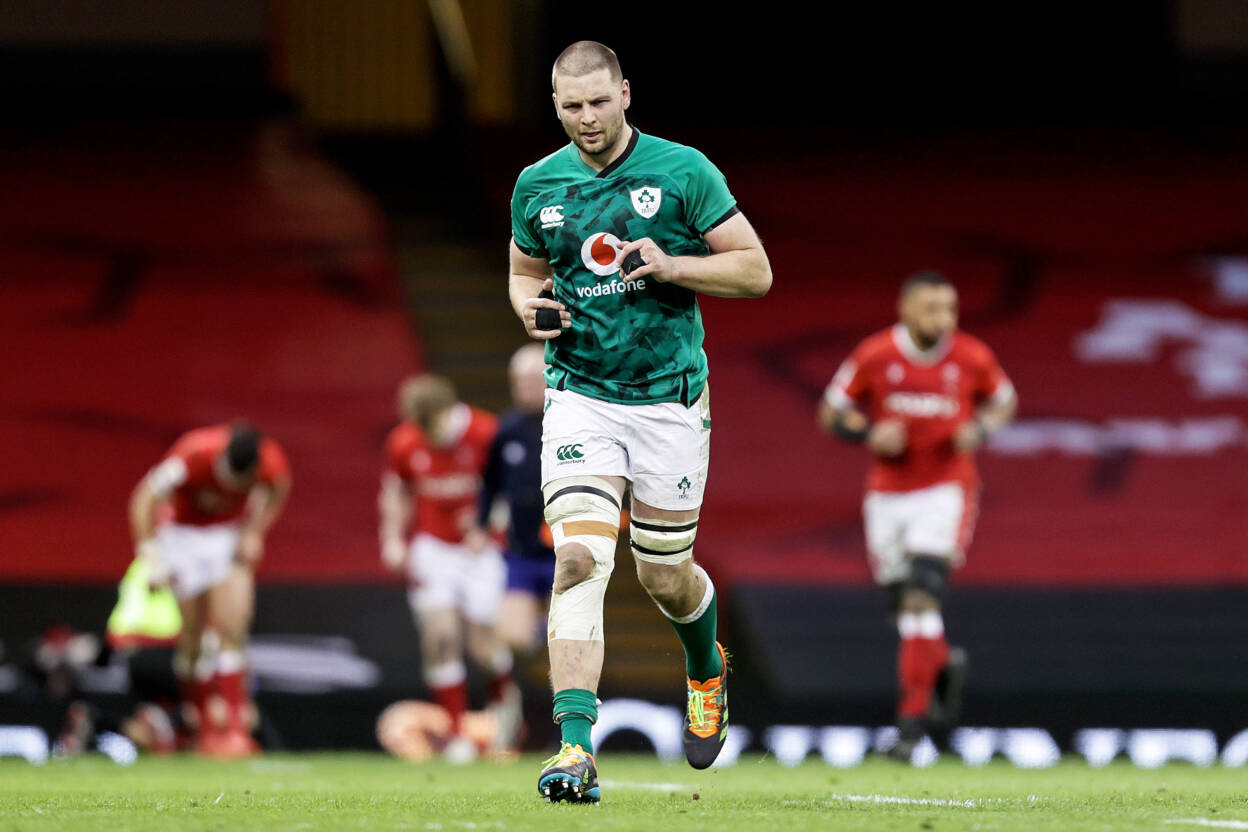 The Craigavon-born second row was introduced for Ryan in the first half of last week’s 21-16 defeat to Wales and played his part as Ireland fought valiantly while down to 14 men.

Hendy brings authority. He also brings a calmness. I think that was one of the really pleasing aspects of the game at the weekend against Wales, regarding obviously going down to 14 men.

“There was a calmness throughout that leadership group, throughout the team and Iain was right at front and centre of all that.

“He’ll do exactly the same this Sunday. He’ll see it as a challenge, he’ll get excited about it. I’m sure he’ll lead the boys very well.”

Joining Henderson in the Ireland pack will be Leinster back rower Rhys Ruddock, who – despite making his international debut as far back as June 2010 against Australia – will be making his first Six Nations start this weekend.

Backing the in-form Ruddock to deliver a big performance, Farrell noted: “He’s been resilient, hasn’t he? Rhys, he’s had a few ups and downs within his career regarding injuries, and long injuries at that.

“You say about it being his first Six Nations start. There’s a reason for that, because of the injuries he’s had along the way.

“The resilience is within the guy and he personifies that, regarding obviously not getting selected over the last year or two and then playing really well for his province. Earning the right to start this big game at the weekend.”

Should he be called upon, the 21-year-old Casey will become the twelfth player to receive their first Ireland senior cap under Farrell.

The Limerick youngster first shot to prominence when helping the Ireland Under-20s to secure a magnificent Grand Slam in 2019. With 21 appearances already to his name at Munster, he has been earmarked as someone with a bright future in the green jersey.

“Craig’s been top class,” admitted Farrell. “His energy and his application to want to get better is second to none. That says a lot for a young kid coming into an international group with so much experience along the way.

“I think the best you can say, or the compliment you can give Craig, is that the senior players have been blown away by his attitude and his will to get better every day. He deserves everything he gets.” 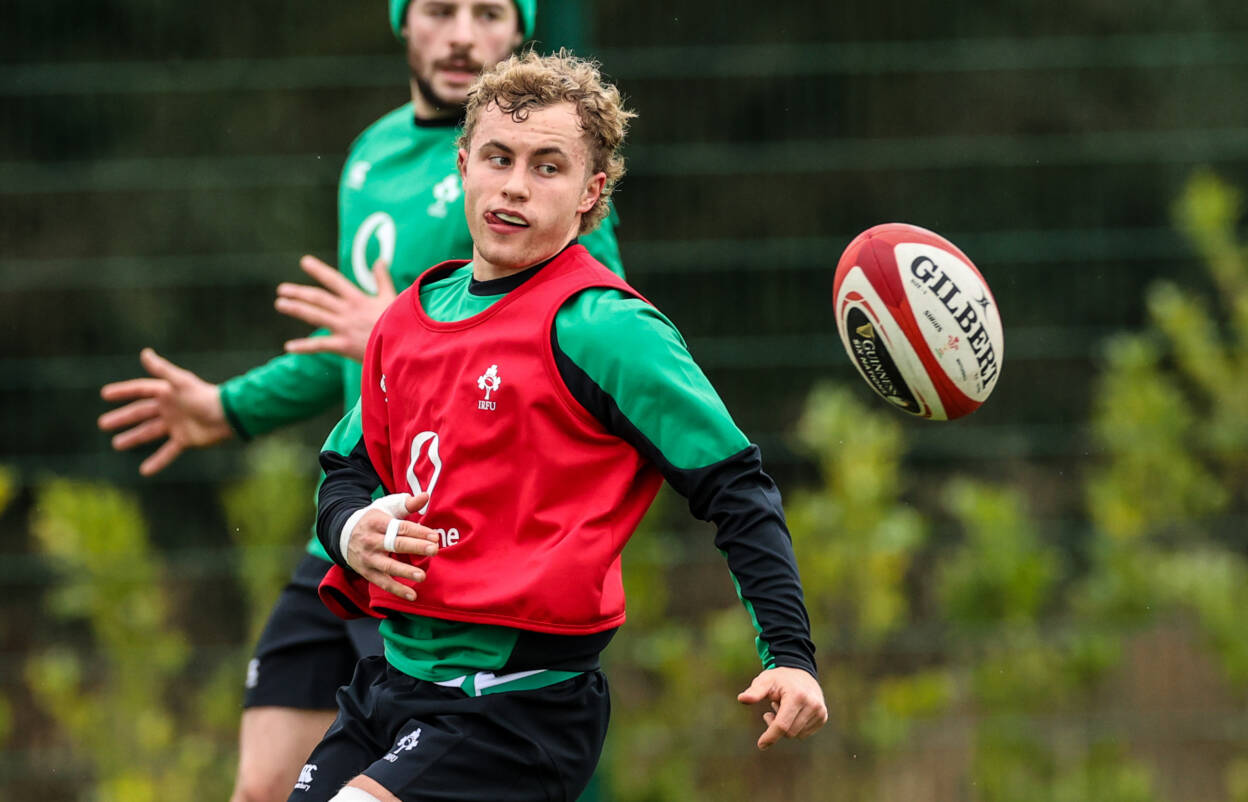 In spite of the disruption Ireland have encountered in the build-up to the game, it has done little to dim Farrell’s enthusiasm for the task at hand in the Aviva Stadium on Sunday.

Speaking as someone who has worked as a coach in the international game for close to 10 years – with just a slight break in between – he has grown accustomed to dealing with any issues that may arise in a given match week.

It’s been a challenge, but every Test week always presents its own challenges. There’s been a lot going on this week, but we’re a squad and we’ve been a squad since we’ve met up. Everyone has been swapping in and out.

“You always, at the back of your mind, have the ‘what if’ scenarios and here we are. We’ve got a side that’s going to go out, full of confidence and excited about meeting a really exciting French team. We’ll give it our best shot, there’s no doubt about that.”