Despite coming out on the wrong side of the result against Wales, Ireland scrum half Conor Murray believes there were plenty of positive aspects to the team performance.

This made the 21-16 defeat to Wayne Pivac’s charges such a bitter pill to swallow and leaves Ireland with virtually no margin for error in their quest for a first Guinness Six Nations crown since 2018.

There was one area that Murray felt they did fall down in and this is something that Andy Farrell’s men will be seeking to rectify ahead of France’s visit to the Aviva Stadium this Sunday (kick-off 3pm).

Speaking to the media from Ireland’s training base, the Limerick man said: “That’s probably why it’s more frustrating, that there’s so many positives from that (Wales) game, in terms of the way we played, the way we attacked. Our breakdown, speed of ball and a good few other things.

“To put it simply, the access we gave them in that third quarter, easy access into our half. They converted opportunities in our 22, which defensively looking back on is a little bit frustrating.

“Giving them the access in the first place is probably the most fixable thing that we can concentrate on this week. It’s so frustrating because we played so well, with 14 men as well. We showed a lot of character.

“Going back to our attack, it was really good even with 14 men. That’s probably when it gets the most difficult, when you’re down a man and you’re trying to attack and keep your shape.

“If we had played poorly over there in Wales and lost, and didn’t really fire any shots, you’d be a lot more edgy this week. Whereas we’ve a lot of positives to take from it and we want to get better.

“You probably heard us before, we’re hugely excited about what this group can bring. We showed a bit of it last week and we have to show it this week.”

While there was potential for the loss in Cardiff to be a morale-sapping one, the spirit and camaraderie within the Ireland camp has remained largely intact as far as Murray can ascertain.

The squad got back down to basics at today’s training session in the IRFU High Performance Centre and are fully focused on their second round meeting with les Bleus.

“I think it’s always a danger after a loss like that. In a game where you felt on top things and you felt you had the Welsh side under pressure, I thought we played quite well.

“You don’t deserve anything in international rugby, but we did a lot of good things in that game. When you lose a game like that, there probably is a danger that the lads are thinking, ‘one that got away, now things look really difficult for ourselves’.

“Maybe we have players that have had those types of experiences before and know that sulking or feeling sorry for yourself, moping around the hotel, isn’t going to fix things for France.

“I think lads have just shook it off and have remained positive, because again there are positives to take from Cardiff. A lot of work-ons too, but definitely a lot of positives.

“I think lads, you can see it in their body language. The way they trained out there today. People are buzzing and they’re looking forward. This is a huge game for us.” 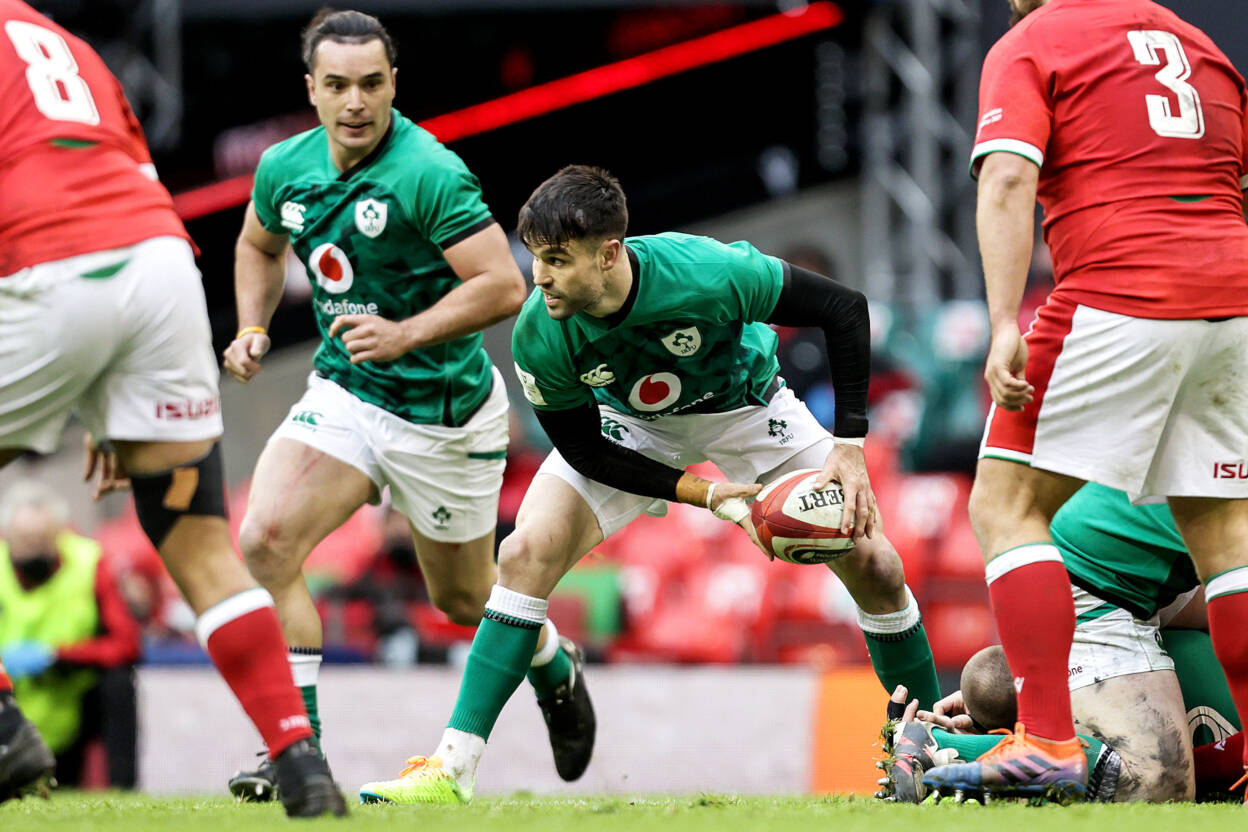 This weekend Ireland face a French side that will be in buoyant mood courtesy of their 50-10 bonus point victory over Italy. They also won their most recent encounter with Farrell’s side, prevailing 35-27 in Paris last October.

Antoine Dupont grabbed an early try in that game and was also in try-scoring form against the Italians in Rome last Saturday afternoon. Murray knows the Toulouse ace is just one of many threats in this French team.

“He’s flying it. To be honest, he had a massive game last weekend against Italy and we can’t afford to give him that space,” admitted the Munster star.

Defending a nine who’s in form like that, if you concentrate solely on him, it brings other players into the game. We know we’ve a huge task this weekend against a really good French side. We’ve been here before.

“We’ve played teams with threats all over the park, which France do. With guys like Teddy Thomas on the wing. With genuine pace and they can hurt you from anywhere.

“With that amount of threats, we’ve really got to focus on ourselves in defence and focus on what we can do. How solid we are around the ruck, things like that, that we need to focus on and look at ourselves first.

“Then obviously having an awareness of the threats that they have in Dupont and (Matthieu) Jalibert, players like that. If we get our stuff right, looking after them becomes an awful lot easier.

“It’s a huge task. If we put in a performance this weekend and hopefully the result goes our way, the conversation suddenly has a very different tone to it.”