Ireland defence coach Simon Easterby has acknowledged that Sunday’s Guinness Six Nations visit of France to the Aviva Stadium has a ‘cup final’ feel to it.

Ireland’s 2021 campaign got off to a losing start at the Principality Stadium last weekend when they fell to a 21-16 defeat at the hands of Wales.

It is still all to play for, though, and when you consider Ireland won back-to-back Six Nations titles in 2014 and 2015 despite suffering losses along the way, a win over the French would put them right back in the hunt.

Speaking from the IRFU’s High Performance Centre, Easterby said: “We obviously didn’t get the start that we would have hoped for. It puts us in a more difficult position than we think we should have been, but there’s still a massive opportunity at the weekend.

“The French coming to town, an opportunity for us to hopefully get parity in terms of numbers on the pitch and have the opportunity to showcase what we feel like we’re building. For us to stay alive in the competition, it’s a must win.”

At the moment, the biggest injuries concerns for the Ireland coaches surround the well-being of captain Jonathan Sexton and second row James Ryan.

Both players were withdrawn from the game last Sunday with head injuries and are currently going through the graduated return-to-play protocols.

It will be a step-by-step process for the Leinster duo, but Easterby is relatively confident that they will both be available for selection.

“It’s a six-stage set of protocols, whereby each stage lasts about 24 hours. At each stage, if there’s no symptoms resulting from the concussion, they can progress to the next stage. At the moment they’re going through that and there’s been no setbacks so far.

“That’s where we’re at, at the minute. There’ll be more to say later in the week, but currently they’re both going through the same stage of the protocols to get back by the weekend.

“Our primary focus is their health and safety, first and foremost. If a player feels like they can’t complete the stage they’re in, they obviously have to drop back a stage and that compromises their availability.

“We’re aware of that and obviously we have plans in place to potentially deal with that if they come along. At the moment, that’s what we’re planning for. That they get through each stage each day and they get that one step further to making themselves available by the weekend.”

Easterby also confirmed that, in the event of Sexton being deemed unfit to play, the Irish management will place their trust in current squad members, Billy Burns and Ross Byrne, rather than calling up another player from outside the camp.

“Billy and Ross have been with us for the last couple of weeks. We’re really comfortable with where they’re at and what they can offer the team,” he noted.

“I think it’s credit to them, the hard work they’re putting in. Not necessarily getting the minutes with Johnny being skipper, but it certainly wasn’t a thought of ours (to call anyone up).

“Partly due to the fact that we believe Johnny will get through those protocols and get back to playing, but also we’re confident and we’re backing those guys that are in the system already. We didn’t feel the need to add to the squad.” 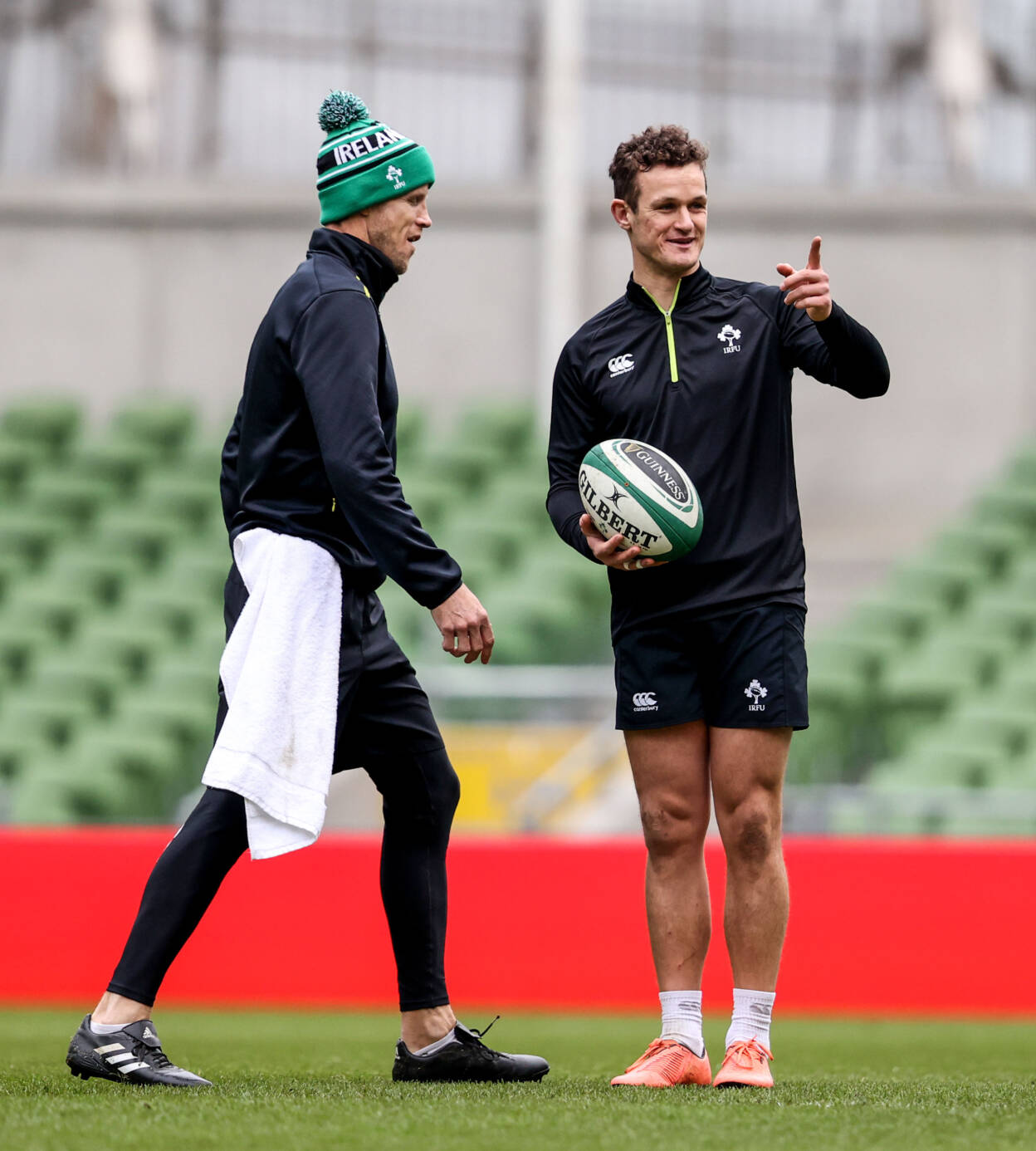 Given how tight the schedule is – the extended 2001 and 2020 Championships being obvious exceptions – any reversal in the Six Nations comes as a setback of sorts.

When you view Ireland’s opener against Wales in its full context (playing the majority of the game with 14 players, leading by seven at half-time only to fall short in the end), it is significantly magnified.

Nonetheless, Easterby has no concerns about the spirit within the squad and believes the short lead-in to Sunday’s second round showdown with France will be of great benefit to the players.

This group is really resilient. I don’t believe it’s that hard to do that. Disappointment will live with the lads for a good while, I’m sure.

“Like we know in sport, when you get an opportunity to turn things around and play quickly after a defeat, there’s no better thing to do. We’ve had a day of recovery, mental and physical, yesterday (Monday).

“Chats around the group, the opportunity for players to air a few thoughts and for them to challenge themselves. As coaches, for us to reflect on the performance. Today it’s back to business.

“We have to hit the ground running and as much as there’s still a few sore bodies around, mentally the players are in a good place. They understand what it will take to get a result this weekend and also the need to do that, to stay alive in the competition.”

Having taken on simultaneous roles as Ireland’s forwards and defence coach throughout 2020, Easterby is now solely responsible for the latter with his former international team-mate Paul O’Connell in charge of the former.

This is something that the 2005 British & Irish Lion had always anticipated and feels that O’Connell’s influence within the set-up is already beginning to show.

“I find it an easy transition, to be honest. We’ve obviously got a brilliant operator in Paulie coming in and taking the lead at lineouts. It wasn’t a hard thing to do,” he added.

“We had plenty of conversations prior to coming into camp around lineout – what we think we needed to improve on, what our strengths were, what some of the weaknesses were, both as a unit and individually.

“I think that transition was good. It’s what I think was the right thing to do and I know the players are benefiting from Paulie’s experience and his detail.