Josh van der Flier says Ireland need to bounce back quickly from their loss away to Wales if they want to keep their Guinness Six Nations title hopes alive.

Following today’s 21-16 first round defeat to the Welsh in Cardiff, Andy Farrell’s charges will be back in action next Sunday against France at the Aviva Stadium.

Les Bleus kicked off their own campaign with a runaway 50-10 bonus point win over Italy and will be in buoyant mood for their latest trip to Dublin.

“I saw a bit of their game yesterday,” said flanker van der Flier. “France looked very dangerous, as always. They’re in great form. In terms of their individuals, they’re obviously up there with the best teams in the world.

“It’ll be very, very tough. Haven’t obviously had too much of a look at them yet, but we need to win of course and we’ll be looking to put in a big performance against an incredible team. It’s going to be tough, but we’ll take the learnings from today.

“I think there was a lot of positives, especially how hard we worked and the heart we showed. If we add a bit of accuracy into that and hopefully we’ll be in a good place for competing with them.”

Reflecting on the Wales match, van der Flier acknowledged there was an overwhelming sense of disappointment in the Ireland camp, especially after responding so well to Peter O’Mahony’s 13th-minute red card.

We were obviously aiming to come over here and win the game. There’s immense pride there as well. It’s something Andy spoke about after the game.

“Obviously being down a man is challenging and we really fought hard. Made a few mistakes obviously and there’s things we’d obviously want to do better.

“I think tremendous pride to have represented the jersey in the circumstances as well, as a team. Pride in that, but obviously overwhelming disappointment.

“Not the ideal way obviously to start off the tournament, but we’ll have to fix a few things and aim for a win at home against France.”

Despite going down to 14 men, Ireland strung together a run of 13 unanswered points (including a Tadhg Beirne try) to lead by seven at half-time. Wales were clinical from limited second half opportunities, though, with crucial tries from George North and Louis Rees-Zammit. 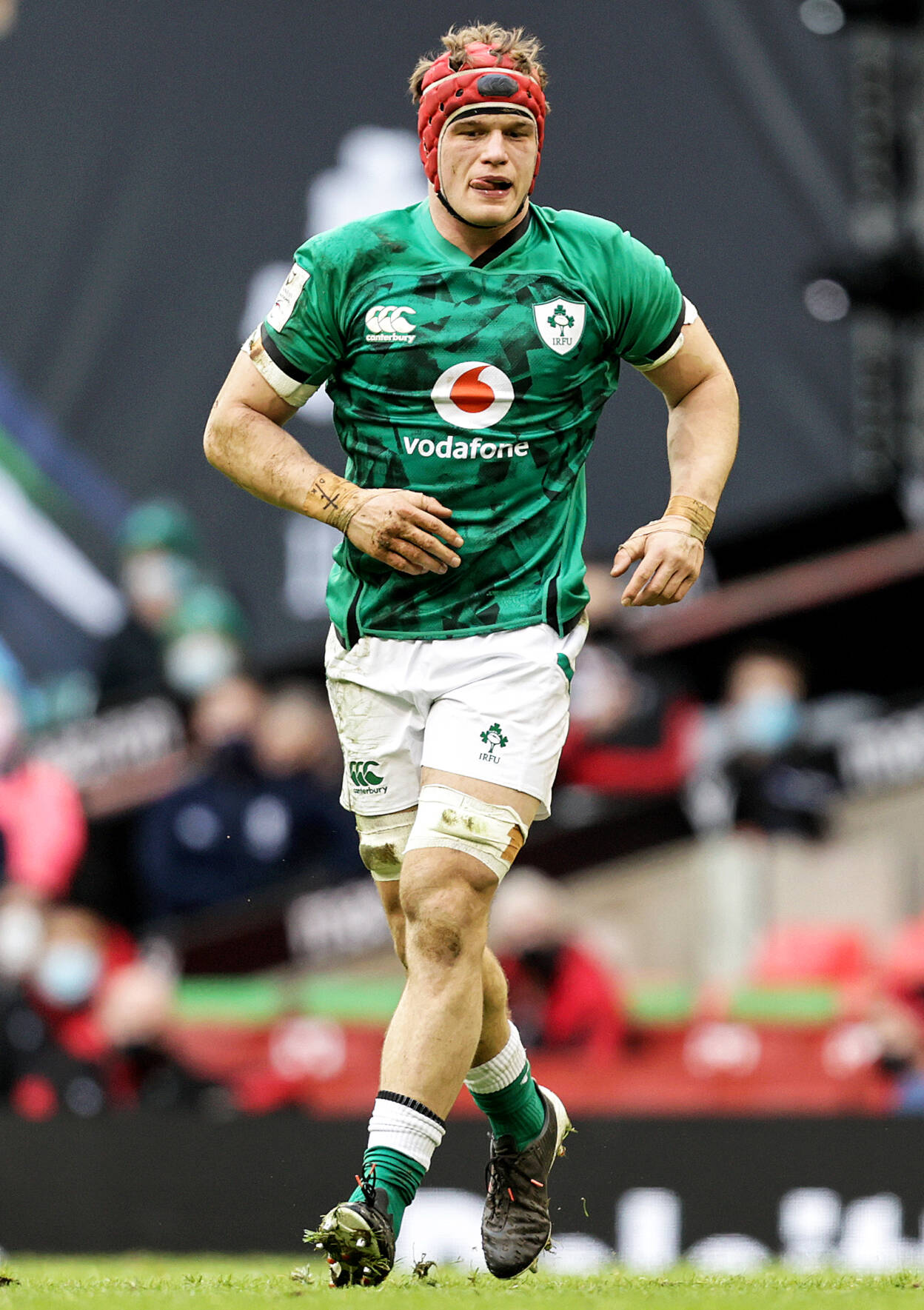 From van der Flier’s point of view, this was down to a resurgence from the home side rather than any change in approach by Ireland.

“We talked through the implications for lineout and the way we wanted to scrummage (a man down), whether we’d add in a back for the scrums or not.

“That was the talk at the start (of the half-time break) and then it was to keep doing what we’d done in the first half. Keep our discipline. Keep hitting the rucks hard, which I felt we did.

“Wales had a big breakdown threat, especially in their back row. I thought we dealt with that well and that was definitely a focus.

“Most of it was the logistics of having a man down for kick-off and that kind of thing. We were coming out ready to try and win the game, obviously. There was nothing about holding on.

“It was, ‘we’ll try and go out and play, keep putting pressure on them’. We felt pretty comfortable leading into the half so it was disappointing the few minutes after half-time. Disappointing in that way, but we did feel good at half-time.” 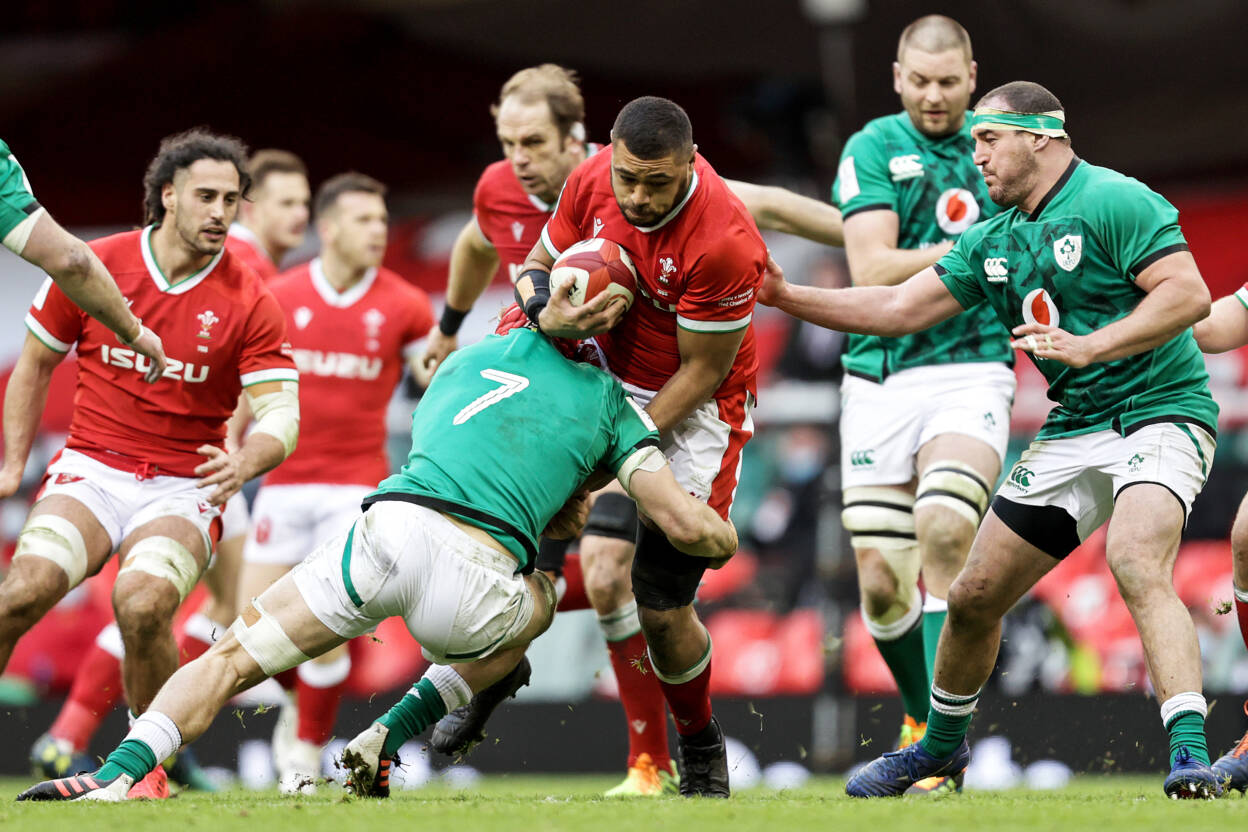 Speaking more specifically about what ultimately went against them in the second half, van der Flier – like his head coach and captain before him – felt some minor inaccuracies offered Wales a way back into the contest.

We felt good in defence, I thought attack was going well and we just made a couple of errors in a row. A couple of penalties maybe and a few easy mistakes, I guess that compounded upon each other, gave them field position.

“Then they ended up getting that first try in the corner in the second half. That obviously wasn’t ideal. I think it was probably compounding errors maybe.

“It’s obviously more difficult when you’re down a man and maybe people are in different positions in the field.

“Definitely in any game, you can’t give good teams that kind of entry and that’s probably what we did. We let them into it after the half and it was difficult once we went behind obviously against a good Welsh team,” he added.