Ireland defence coach Simon Easterby is expecting the team to face a highly-motivated Wales in the opening round of the Guinness Six Nations Championship this afternoon.

Under the stewardship of Wayne Pivac – who replaced Easterby as Scarlets head coach in 2014, after briefly working alongside him as an assistant – Wales endured a difficult 2020 campaign with three wins and seven defeats.

Ireland beat Wales twice in the past 12 months but with both of those matches having taken place at the Aviva Stadium, there will be an extra dimension to today’s clash in Cardiff (kick-off 3pm).

Speaking to Irish Rugby TV at the Principality Stadium yesterday, Easterby said: “Wales will be desperate to improve on their recent performances and results. This is a new tournament. It’s their opportunity to start afresh.

“They’ve had a year together now, the same as us. A lot of things will be embedded and they’ll feel like they’re in a much stronger place than they were the last time we played them.

“We expect a team that is going to play us here with the confidence of playing at home. Without the 70,000 Welsh people supporting them, but the way they liked to play in the Scarlets, when they were winning things, they were attack minded and they had threats across the park in attack. I expect that to be no different tomorrow.”

On the subject of the Principality Stadium’s roof being open for the game, he noted: “We’ve played here with the roof open and the rain lashing down. As long as it’s dry, it’s the same for both sides and we have an opportunity to have a clean game which isn’t affected by the elements.

“The wind won’t be an issue in here and if it’s cold, I’m sure the players will soon warm up in the heat of battle. If the roof stays open, it’s still a fantastic stadium to play in. Regardless of the crowd.”

For Ireland’s first Test fixture of 2021, Garry Ringrose and Robbie Henshaw have gotten the nod to line out together in midfield. They will be up against a novel Welsh pairing in George North and Johnny Williams, who Easterby believes could be key factors in Wales’ quest for a fourth successive home victory over Ireland in the Six Nations.

“George is comfortable now on the wing or at 13. He’s played recently at 13 for Wales in the autumn and looked really comfortable there.

“Partnering Johnny Williams in the centre, someone who is probably a little bit unknown but highly respected and regarded as a strong, young centre that is finding his way on the international scene and can be a real dynamic runner.

“The two of them pose a really abrasive midfield for Wales. We can expect that they’re going to come after us with the ball in hand. They’re going to look to be destructive in defence, with the size they’ve got in that midfield.

“It poses us lots of questions and I’m sure they’ll look to pose us problems. Our challenge is to make sure that we’re good and we can combat their threats. 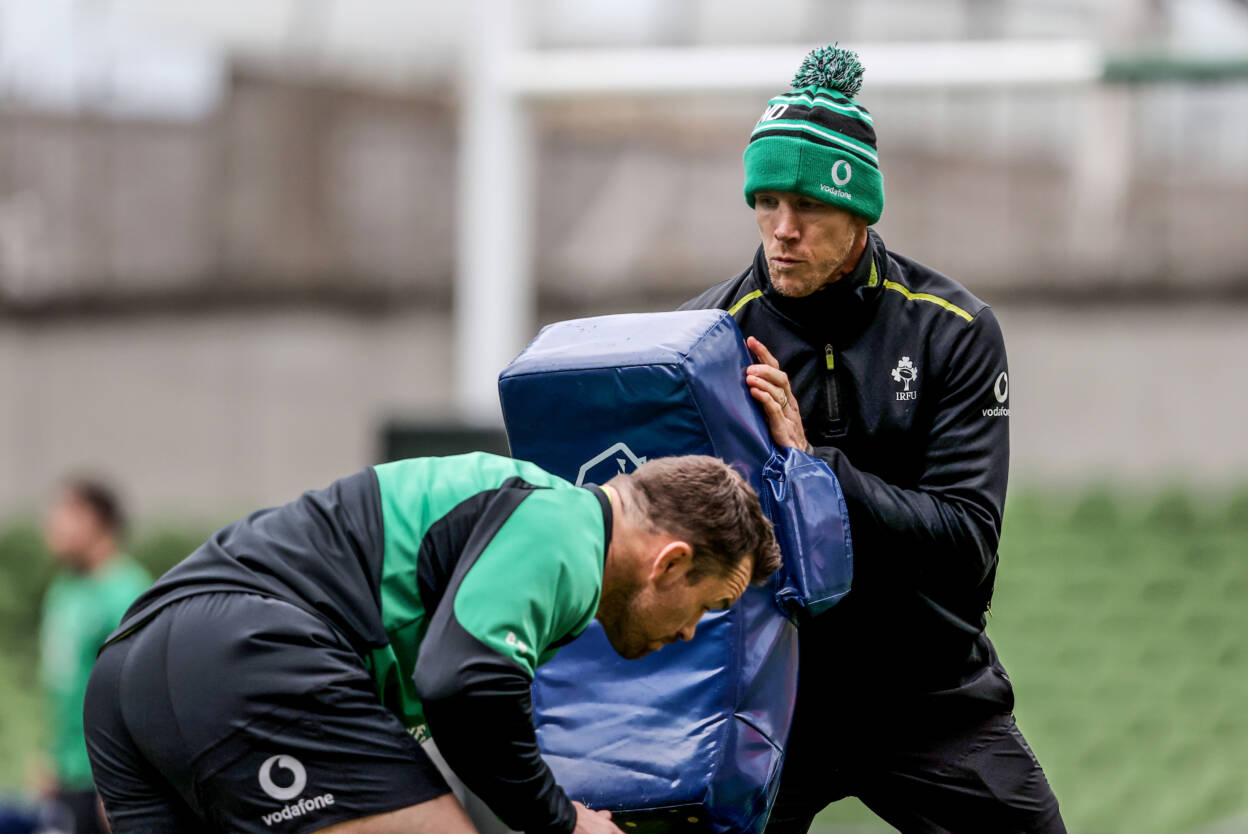 “Not just George and Johnny Williams in the centre. If they get wide to (Louis) Rees-Zammit, Hallam Amos and Leigh Halfpenny at full-back, they’ve a back-line to threaten any side.

“Our challenge will be making sure we win those physical battles and off the back of that, hopefully nullify the main threats that they’ve got.”

Ireland will, of course, look to set out their own stall as they aim to improve on last year’s third place finish in the Championship.

If they are to register their first Six Nations success in Cardiff since 2013, then Easterby says the visitors can ill-afford a shaky start this afternoon, adding:

We’ve often given Wales a bit of a head start here. It’s a number of times we’ve done that. Most recently in 2019 when they won the Grand Slam, they got ahead of us.

“Obviously the conditions were slightly different. There was a lot of rain and it was hard to chase the game. We can’t afford to give a side like Wales, with their home advantage, the 10, 12, 15-point head start, which we have done in the past.

“I think making sure we win those little battles early on (will be important). The game isn’t won in the first 20 minutes, but it can be difficult to win it if you don’t get on top of things and give sides the kind of head start that we have done here.

“Making sure we start well and that probably goes across the board for all games, but particularly against Wales. That’s where we’ve struggled a little bit. We’ve given them a head start and we’ve allowed them to get momentum. That will probably be one of the priorities tomorrow.”