When Rob Herring made his Ireland debut as a late replacement against Argentina back in June 2014, it was Paul O’Connell, the captain at the time, who presented him with his first cap following the game.

Since that brief cameo at Estadio Monumental Jose Fierro in Tucumán, the Ulster hooker has played in 15 further internationals and will pick up his 17th cap when Ireland face Wales in their opening match of the 2021 Guinness Six Nations tomorrow.

Having said goodbye to the Ireland squad as a player in 2015, O’Connell is now back on board as the national team’s new forwards coach. Suffice to say, Herring is thrilled to have him back in camp once again.

“When I got my first cap it was great,” said the 30-year-old, speaking ahead of Sunday’s opener. “Paulie handed me the cap after the game and I always remember that. You’ve probably seen clips of him screaming and shouting, but he’s not always like that.

“An Irish legend and what he’s achieved in the game is unmatched. It’s been great working with him. He’s obviously a big student of the game. Massively detail-focused.

“I think there’s been a good edge around training this week and last week since he’s been in. I think it’s definitely upped a few levels for us and the boys are really excited to be working with him.” 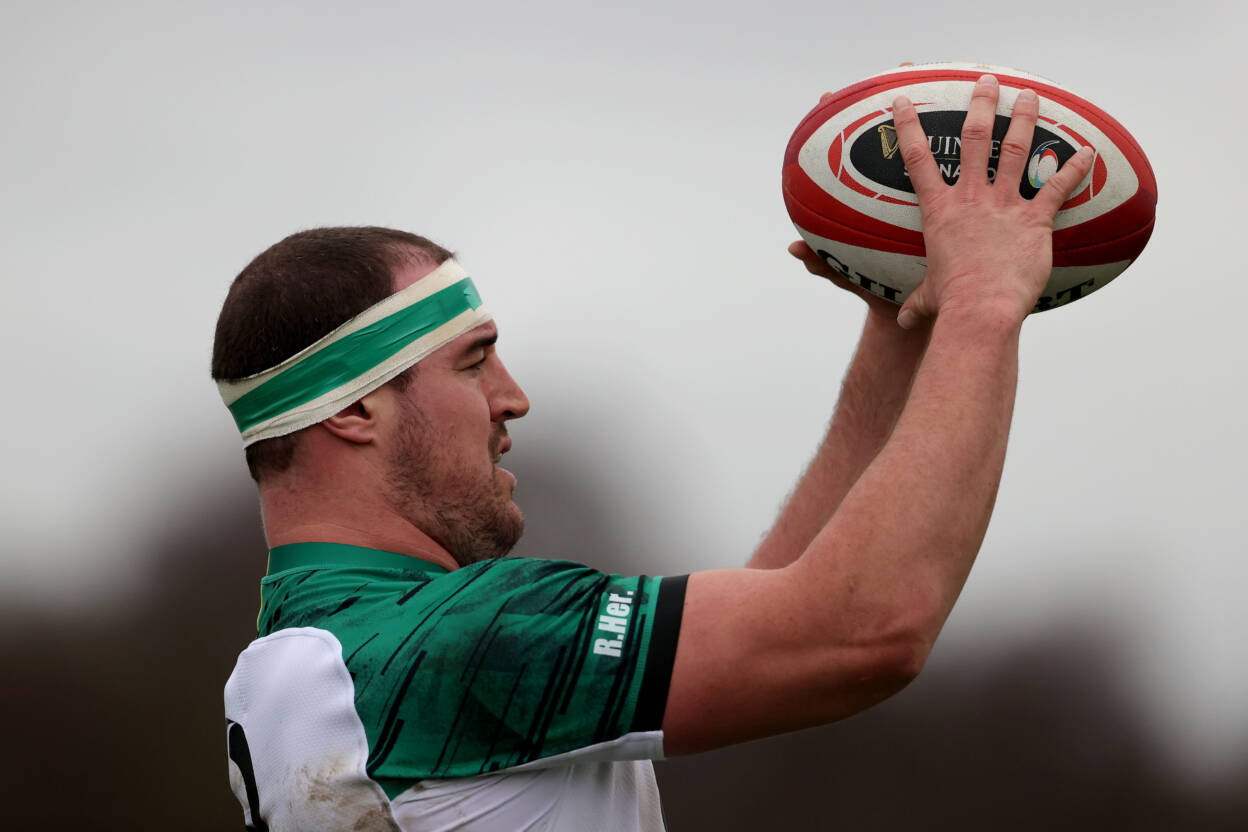 At the IRFU’s High Performance Centre in Blanchardstown last weekend, Herring had the peculiar experience of lining out against Ulster in a full-on practice game.

There may have been a sense of familiarity in this training encounter with his Ulster team-mates, but he felt it was exactly what Ireland needed ahead of their first Test match of the year.

“It was good to see a few of the guys again and I think it was great for us as a squad. Obviously with the European games being cancelled everyone is in the same boat, but to have that hit-out against Ulster (was great).

“They trained really well and they gave us a good competition. It was great preparation for us. Coming into this week we had a good hit-out and then we got the recovery in during the week and we’re slowly building now to the game on Sunday.”

For the fifth time in seven Tests, Herring will be packing down in the front row with Leinster props Cian Healy and Andrew Porter from the start tomorrow afternoon.

This triumvirate was not used to any great extent before Andy Farrell’s appointment as Ireland head coach, but have developed a good understanding over the past twelve months. Herring acknowledged:

In the last Six Nations there was a lot of new combinations and getting used to each other. I definitely think over the last year we’ve had a lot more reps together and I think we’re finding it a lot more comfortable.

“I think that’s one of the big things for the front row. Individually you can be one of the best scrummagers in the world, but you have to come together and learn to work together. I think we’re in a good place now and hopefully we can kick on.

“We want to show progression as a pack from the last Six Nations and the Autumn Nations Cup. Against an experienced pack this week, that’s a good time to test it.”

Given how disjointed 2020 was – the first and final rounds of the Six Nations were separated by an eight-month absence of international rugby – Herring and his team-mates will hope for a more cohesive schedule over the next few weeks.

However, the Ballynahinch clubman believes the extended international window at the end of last year will put them in good stead for the upcoming challenges the squad will encounter. 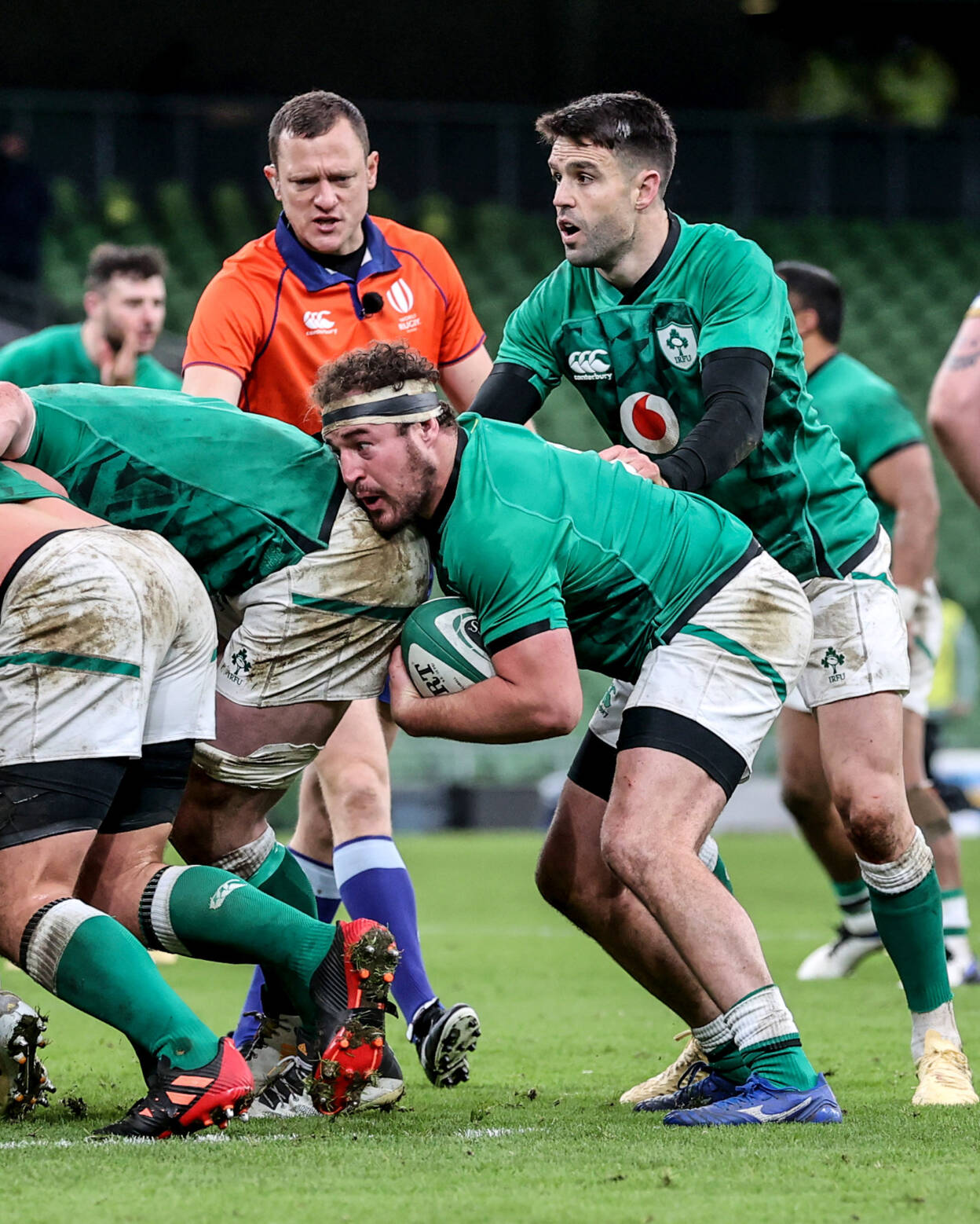 “Obviously when the Six Nations got cut short last year, we had a limited time together. I think the autumn block was really good. We spent a lot of time together in that camp as well,” he added.

“I think it was eight or nine weeks in the autumn that we had together. Getting those combinations and building the cohesion together. I think the last game against Scotland we probably showed a bit of what we can do.

As a squad, like I keep saying, we need to show more progression and improvement from where we’ve been. I think the first two weeks of training have been great and guys are looking good.

“Hopefully it all comes together on the weekend. Obviously a few of the provinces had games so guys really came in fresh and energised for the start of this (Six Nations) campaign.

“Sometimes when you go back-to-back Europes and you go interpros over Christmas straight into Europe again, you can be pretty tired at the start of the (national) camp. It takes a while to get that energy back. The guys have really hit the ground running this time around.”