Despite claiming two convincing wins over the same opposition in 2020, Ireland head coach Andy Farrell is not expecting anything easy when his team faces Wales in tomorrow’s Guinness Six Nations opener in Cardiff.

Following an impressive 24-14 victory over the Welsh in last year’s Six Nations, Ireland overcame the challenge of their Celtic rivals with 23 points to spare (32-9) in their first game of the inaugural Autumn Nations Cup in November.

Both games, of course, took place at the Aviva Stadium – and the second one was behind closed doors. Now that we are into a new year, and Ireland are making the trip to the Principality Stadium, Farrell is making the light of his side’s tag as pre-match favourites.

“Our boys are very familiar with everyone that’s in the Welsh squad,” he said, after confirming the team to start Sunday’s game. “They play against them all the time. Some of them are good friends and we know what top performers they can be when they’re under pressure.

“This is the start of a new competition and they’ll want to right some wrongs. They’re an experienced side that have been in good positions before and difficult positions before.

“I suppose the slate is going to be wiped clean at the start of the competition and this is a huge game for both teams. It doesn’t really matter what goes on in the papers or on the news in the coming days, the game will still be the same.

“Both teams will kick off and both teams will try to get into the ascendancy and gain a foothold in the game through the areas of the game that does that for them – physicality, set piece, line speed, intent, etc. Once that whistle goes, the game is just the same. It means a lot to both sides and we expect it to be a tough old battle.”

That game against the Welsh back in November was James Lowe’s long-awaited international debut and he retained his place for the Nations Cup showdown with England.

A groin injury subsequently ruled him out of Ireland’s remaining games in 2020 and has also kept him sidelined for six successive Leinster fixtures.

However, he has now regained full fitness and is named alongside provincial colleague Hugo Keenan and Keith Earls in the back-three for what will be his Six Nations bow. While Lowe has been short of match practice in recent weeks, Farrell was quick to point out that this was the case for a number of players in his position.

He’s a great player that’s right for this game. When you select a side, you’re obviously aware first and foremost of what the right balance is for the team. I think you can agree that it’s a strong side, a strong 23. One that’s raring to go, to start a new competition.

“It’s the world we’re living in, in this day and age. Most teams are in that predicament as well, but we asked the boys to make sure at the end of the autumn that, come the Six Nations, they are fit and healthy.

“Raring to go and to perform at the top level of what’s needed to be at their best in the Six Nations. We like what we’ve seen from all of the squad really over the last 10 days.

“He (Lowe) has been in great form (in training). It’s been seamless for him getting back into action. Like most of the other lads in his position. Jordan (Larmour) hasn’t played much game time either. Andrew Conway is in the same boat, but they’ve all come in fit and raring to go. Up to speed of where we want them to be.”

For their first game of his second Championship at the helm, Wales head coach Wayne Pivac has opted for a vastly-experienced forward pack.

Between them, the Welsh scrum have accumulated a combined 548 international caps – not including Lions Test games – with captain Alun Wyn Jones set to make his 144th appearance for his country.

In a bid to combat their set piece threat, Farrell has selected Tadhg Beirne (a familiar face to many of the Welsh team from his time at the Scarlets) and Josh van der Flier in the second row and openside flanker respectively.

In spite of the withdrawal of Caelan Doris and Quinn Roux for this weekend’s clash due to injury, Beirne and van der Flier had to shake off stiff competition before being named in the starting XV.

Having already used the duo on a number of occasions during his relatively short time in charge, Farrell is confident they can deliver big performances in Cardiff. 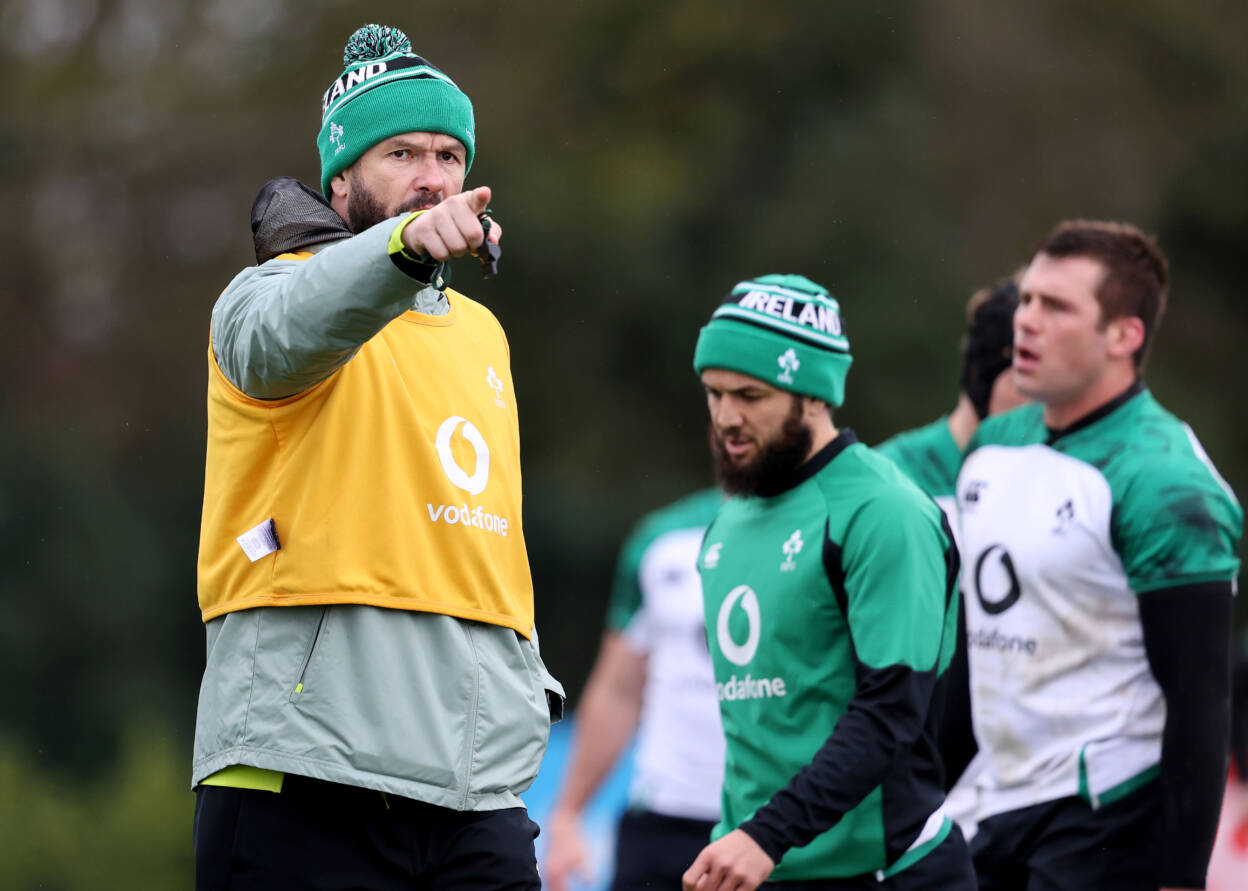 “Josh was on the bench for us a couple of times in the autumn. He came on and made some magnificent impacts within the game. He has a fantastic running game,” he insisted.

“Really punches onto the ball well, he’s going to add something in that regard. His all-round game is pretty strong, so we feel that this combination is the one to go with this weekend.

“Obviously Tadhg will be like everyone else in the squad in that he’ll want to perform for himself, but the team first as well. Hopefully he can do that and everyone wants to perform to make sure they play as many games as they possibly can within this competition.”

Farrell has similar faith in his chosen midfield combination of Garry Ringrose and Robbie Henshaw. Chris Farrell, Bundee Aki and Stuart McCloskey were the other options available to the Ireland coaches, but it is the Leinster centres who get an opportunity to shine in Ireland’s first Test of 2021.

“First of all, they’re both class players. It’s a partnership like that, or through the individuals themselves, that you hope would grab hold of a competition like this and show everyone what they’re about,” he added.

“They’re a partnership that play together and train together most days of the week. We’re very excited to see them in the first outing.”