Forced to sit out the training hit-out with the Ulstermen at the IRFU’s High Performance Centre, Sexton was going through the final stages of his rehabilitation from a hamstring injury.

However, the talismanic out-half saw it as a productive exercise for the national squad, which allowed Andy Farrell’s charges to road test their game-plan against a well-organised side.

“It was a great hit out,” admitted Sexton. “We had two teams that were changing in and out, so it was probably hard to get a bit of flow. But in terms of being able to try and play some of the plays that we’ve prepared, against live opposition that don’t know what’s going on (it was great).

“Often when we’re training, team against team, we know what plays we’re throwing at each other so it’s very hard for them to work. Often you can get a bit anxious, ‘does that play actually work?’.

“Whereas it’s good to see that against opposition that doesn’t actually know what’s going on. It was a good hit-out against them, they were brilliant. It was full on, but very respectful at the same time.

“There were no cheap shots, there was no off the ball stuff. We had different levels of contact. Some have different interpretations of that, but it was a great hit-out and it was a good thing for us to go back and look at – learn some lessons so hopefully we don’t have to learn the same ones next week.”

Sexton has since stepped up his own training load and is champing at the bit to be involved in a Six Nations campaign for the twelfth time in his international career.

Trained fully today (Wednesday) with the group. Thankfully I got through that okay. The group, we trained well today. It only feels like yesterday since we were finishing up the Autumn Nations Cup and a disappointing end to the Six Nations, the last campaign for us.

“In many ways it has been good. We’ve hit the ground running. It doesn’t feel like we’ve gone backwards. It feels like we’ve taken off from where we left the last campaign, which is great.”

At the end of a disrupted 2020 Championship, Ireland finished third behind France and champions England. The Leinster star believes only time will tell if they have closed the gap to the tournament’s current top two.

“We can believe one thing, but until we go out and prove it on the pitch, play to our potential and get the results that we feel that we need to get within the group, then we won’t know our progress.

“We won’t know how close we are to England and France. We don’t play France for two weeks, we play Wales this week. All our focus is on that and making sure we get the campaign off to a good start.”

Quite often – particularly when a team is in a transitional phase – coaches prioritise performances over results. For others, it is purely a results business and performances are a welcome bonus along the road to something more tangible.

From Sexton’s point of view, both aspects go hand-in-hand and will be needed in order to facilitate a successful Six Nations tournament.

“You can’t get one without the other. First of all, it’s looking after our performance. Honestly, every team is sat in their different training centres setting a target to win the Six Nations,” insisted the 35-year-old Dubliner.

“You’re not going, ‘God, I hope we finish third or second’. We’re here to try and win. That’s the name of the game with professional sport. I think that goes without saying.

“How do we do that? We do that by performing well and we’re trying to get better from our last outing. We did some really good things in our last game against Scotland. We felt we built through the Autumn Nations Cup after a disappointing end to the Six Nations and we want to go up a level. We want to go up a couple of levels.

“We want to be able to challenge the best teams in Europe. For the foreseeable future, that’s all we’re going to be playing against. We want to be up there with the best, that’s France and England at the moment. You look at the Six Nations table and anyone can go out and win it, I think.” 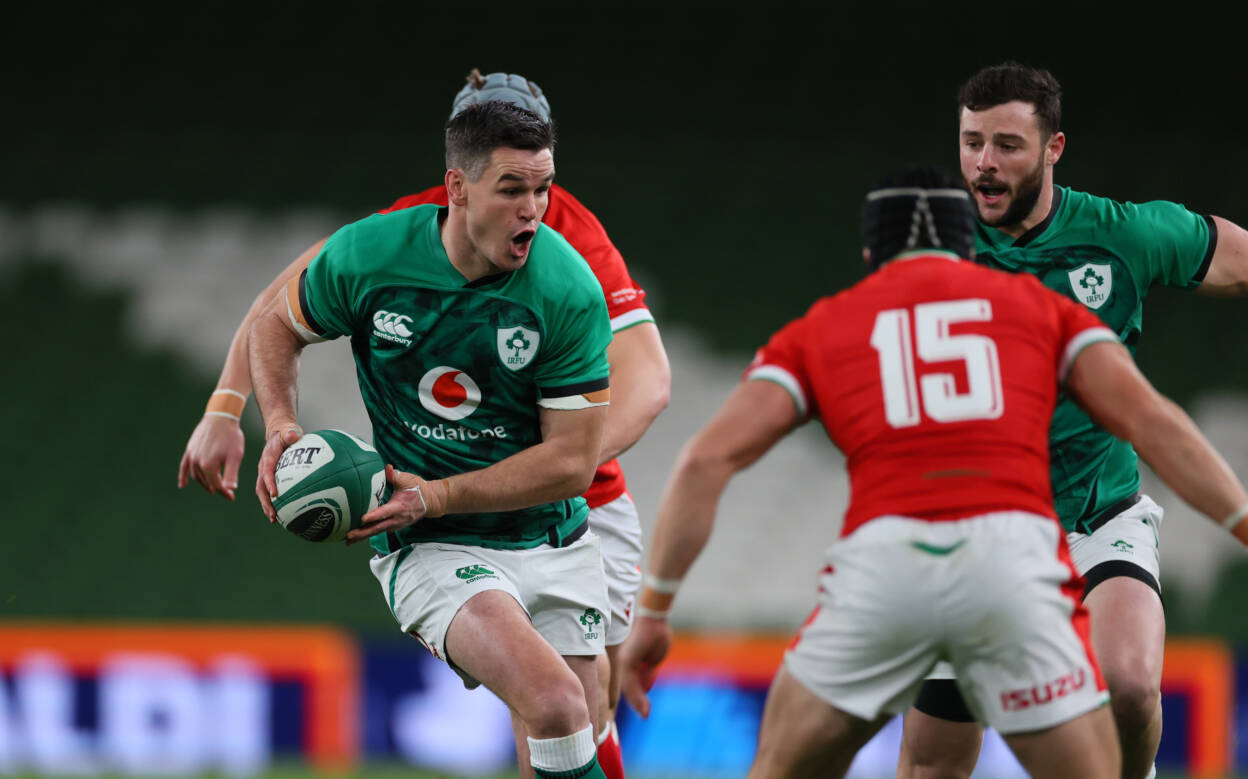 Sexton played the full 80 minutes in Cardiff eight years ago when Ireland got their Six Nations campaign up and running with a superb 30-22 victory. Whereas Wales bounced back to win the title, an injury-struck Ireland struggled to replicate this impressive display and finished fifth in the table.

Should they record a similar result on Sunday afternoon, Sexton is confident they will be in much better stead by the end of the 2021 Championship.

It’s a tough place to go. All Wales teams, they’re very tough to play against at all times, but especially in Cardiff. There’s not many teams that go there and get a win. We haven’t done it in a long time.

“The last time we won it, the first game (of the tournament), we ended up having an injury crisis (in 2013) and we came second last. It wasn’t a great campaign, even though we got it off to the best possible start.

“Hopefully we can start this weekend in the same fashion and keep things going. We haven’t honestly spoken a day past Sunday or thought a day past Sunday. Since we met up last Wednesday, everything has been geared towards this game.

“We know how important it is to build a bit of momentum in this tournament. The way we can start that is by putting out a good performance first and foremost, and hopefully the result will take care of itself if we can play really, really well. Because we’re going to have to if we want to beat a Welsh team away from home.”