Peter O’Mahony believes Ireland will need to lay down a marker when they face an ‘unpredictable’ Wales team in the opening round of the 2021 Guinness Six Nations this weekend.

Whereas Ireland came third at the end of Farrell’s maiden Six Nations campaign, Wales suffered four straight defeats under their new head coach Wayne Pivac and finished second from bottom in the table.

Yet, Wales generally hold the upper hand when the Celtic rivals clash in Cardiff, with Ireland’s most recent away Six Nations win in this fixture being as far back as 2013.

O’Mahony lined up in the back row alongside Sean O’Brien and Jamie Heaslip on that occasion and recognises how rare those kinds of successes have been in modern times.

Speaking from the IRFU’s High Performance Centre in Blanchardstown, he said: “Cardiff is an incredibly difficult place to go and get a result. We’re in no doubt that it’s going to be a huge challenge.

“The players and the squad they’ve picked, they’re obviously going to want to improve on where they came from in the last few months. I’ve no doubt. With the changes there, it leaves them a little bit unpredictable from our point of view.

“All we can do is focus on ourselves for the week. I think everyone understands how important the first game in the Championship is. It’s a massive tone-setter for the rest of it. That’s the way we’ll be taking it for the weekend.”

Paul O’Connell was injured for Ireland’s visit to Cardiff in 2013, but was one of their best performers when they fell to a 23-16 defeat in the same city two years later.

O’Mahony’s former provincial and national captain has now joined Farrell’s management team as forwards coach, and he is adamant O’Connell can get the very best out of the players in the Ireland camp.

He’s had a very positive effect. You’ve all seen what Paulie stood for and how he played, his knowledge of the game, and he’s passing on some of that priceless stuff to us already.

“It has been very enjoyable to have him around. Luckily a few of us have played with him and we understand the way he operated. I suppose we can be a little bit of a bridge as well to the younger players, who didn’t get the chance to play alongside him.

“He has slotted in very well. His attention to detail is very high as well. Before he arrived, I think our lineout was in a good spot. He’s added nicely to bits he can pick up on, that we can marry up with the work that we have done and bring the whole thing forward.”

Since Ireland brought an extended November-December run of games to an end with a morale-boosting Autumn Nations Cup play-off win over Scotland, O’Mahony has featured four times in the red of Munster – twice in the Heineken Champions Cup and twice in the Guinness PRO14.

The Cork native is relatively content with his form and fitness heading into the Six Nations, even if the initial postponement of the province’s Guinness PRO14 showdown with Leinster did cause some brief disruption. 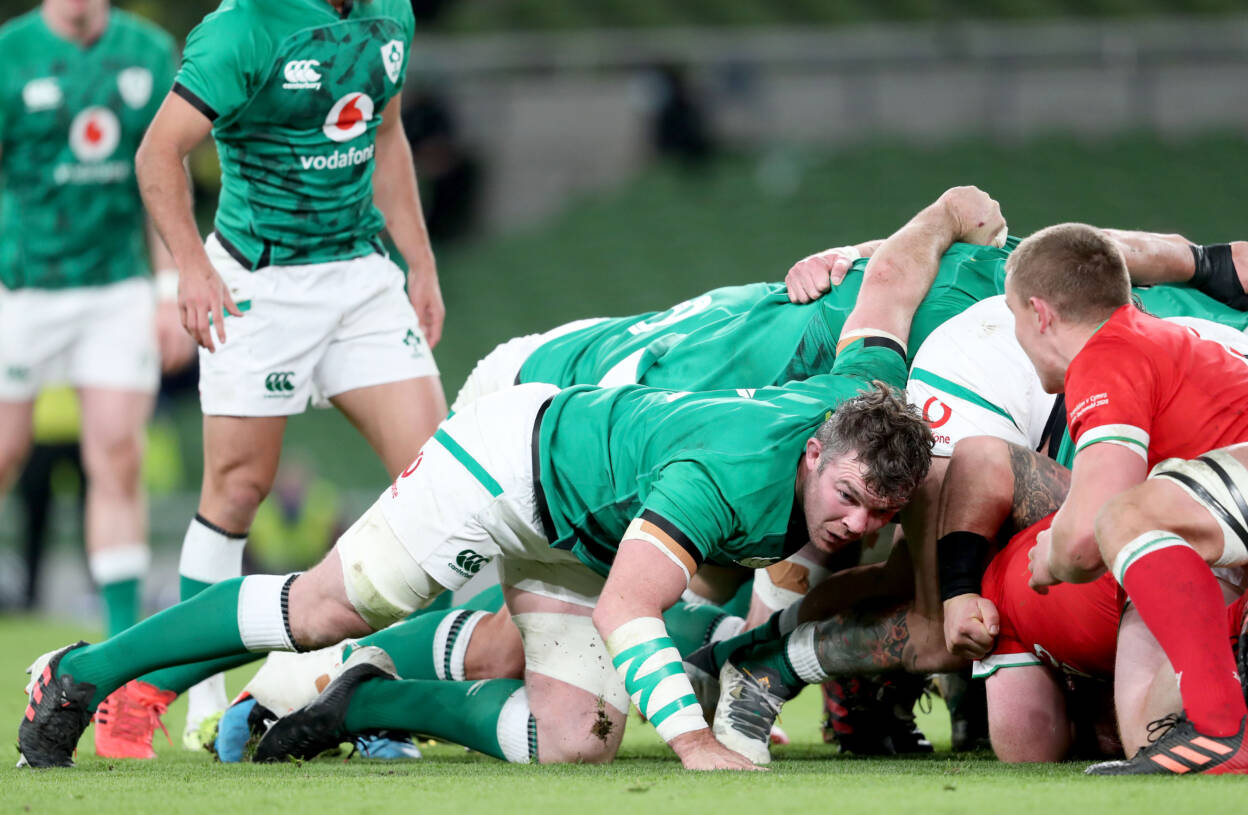 “I’m feeling good, the body’s good,” he admitted. “With the way everything is going, it’s just been a bit intermittent. (The) unpredictability of where you’re going to get games.

“We were due a rest around Christmas. It was a bit longer than I had hoped with games cancelled and that kind of thing. It’s about playing what’s in front of you at the moment and it has been really refreshing coming back into camp.

“There’s a great buzz around here at the moment. We’ve been together as a staff and as a playing group, as a bulk, for a bit now. We’re getting used to how we’re ticking and I have to say it’s an enjoyable environment to be in. It’s good to get the opportunity to be back in and enjoying ourselves, show what we can do.”

If selected to start on Sunday, O’Mahony will be up against a high calibre set of Welsh back rowers. Between them, Taulupe Faletau and Justin Tipuric have accumulated a combined 161 international caps, while Aaron Wainwright, Josh Navidi and Dan Lydiate are also highly experienced at the top grade.

Whether it be Wales, England, France, Scotland or Italy, the Munster captain is always expecting a high level of resistance from an opposing back row in a Test match. He added:

“You’re talking about playing against four of the best back rowers around at the moment. It seems to be that way every week and these guys won’t be any different. They’re going to be on top of their game, I’ve no doubt of that.”