Paul O’Connell has said the opportunity to work under Andy Farrell in Ireland’s senior international coaching set-up was too good to resist.

Having previously spent time with the Ireland squad in advance of their Guinness Six Nations match against England last spring, O’Connell has now become a permanent member of Farrell’s management team.

Although it took him a while to mull over the offer, he feels he can make an impact as the team’s forwards coach, heading into an exciting 2021 campaign, with his former Ireland team-mate Simon Easterby switching to take charge of the defence.

I took a few weeks to think about it and decided it was the right thing for me to do. I feel I can offer value. I’ve an awful lot to learn certainly, as a coach, but I felt I could immediately offer value to the coaching staff and to the players.

But when you’re in the middle of a tournament it’s full on. My recent connection to playing, you could say it’s a weakness, but I think it’s a bit of a strength as well.

“You’re still clued into what a player feels and how a player learns. How hard it can be to learn at times and to change a habit. That was it. I was excited the minute he rang me and I think he’s got a really good environment here. The players enjoy it incredibly.

“A very collaborative approach, which I would have seen when I was in with them last year, whenever I speak to the players, whenever I’ve met them. It’s a great environment to join and the opportunity excited me.”

Over the course of a stellar 13-year international career which saw him accumulating 115 caps between Ireland and the British & Irish Lions, O’Connell was a colossal lineout presence. As well as being a target for his own side’s throws, he was also quite adept at disrupting the opposition’s set piece ball.

The latter quality was on display in Ireland’s 2009 Grand Slam clincher against Wales in Cardiff, when the Limerick man stole a succession of Welsh lineouts to give the visitors a pivotal attacking platform.

This aspect of Ireland’s play came under intense scrutiny in 2020, particularly in the games that took place behind closed doors towards the end of the calendar year. While he feels Ireland are in a better shape in this department than some may suggest, he recognises it has come against them at some crucial moments.

“I certainly hope I’ll have an impact on the lineout, but a big part of lineout is experience. To be able to see pictures and have the feel of what’s going to happen before it happens, you need to be there a lot.

“You need to see it. You probably need to have a bad few days and learn from them. I think the Ireland lineout has been pretty good. There’s been a few high-profile losses right on the opposition line and they’re very expensive.

“You can lose a lineout on the halfway and you may not have scored from it anyway. You mightn’t have an amazing chance to score from it, but if you have a lineout five metres out, it’s an important lineout.

“They’ve been high profile losses and it has been a big learning curve for the players. I would have gone through that as a player as well. You can do all the analysis and try and put all the systems in place. There is a feel to it and there is a bit of experience that allows you to see the pictures quickly.

“I’m familiar with the system that we’d use. It has evolved from when I played, but there’s little bits and pieces in all the provinces that we steal and poach off each other.”

Since drawing his playing career to a close in 2016, O’Connell has generally been keeping at least one foot in the game. After spending time with the Munster Academy in an advisory capacity, he joined the Ireland Under-20s as an assistant coach ahead of the 2018 U-20 Six Nations and World Rugby U-20 Championship.

From there, the former lock was hired by Top 14 outfit Stade Français as a forwards coach, but returned home after a single season in the French capital in the summer of 2019.

Even though there has been a significant change in personnel, there are still a number of individuals within the Ireland squad who O’Connell used to play alongside. Including Andrew Conway and CJ Stander, whom he played with at Munster but not at international level, thirteen members of the current squad have shared the field of battle with the three-time Six Nations winner.

Yet, O’Connell does not envisage any issues with him now being their coach and will be doing his utmost to get the very best out of each and every one of them.

I’m sure there will be challenges down the line. You have to have difficult conversations with people, but Andy has said over and over again, players just want you to be honest with them and if you’re wrong, hold your hand up.

“That’s what I intend to do. I don’t intend to take on a big coach/player relationship with them. I intend to deliver them as much honest feedback as I can.

“I intend to try and improve them as players as much as I can, and I have to be myself in delivering that. Not try to be something else to them.

O’Connell’s final act as a player in the Six Nations was to lift the Championship trophy on the pitch at Murrayfield in March 2015, hours after a 40-10 win over Scotland had helped Ireland to seal top honours in the tournament.

He will be hoping for a similarly positive result this coming Sunday when Ireland begin their latest Championship campaign with a tricky assignment away to Wales (kick-off 3pm). 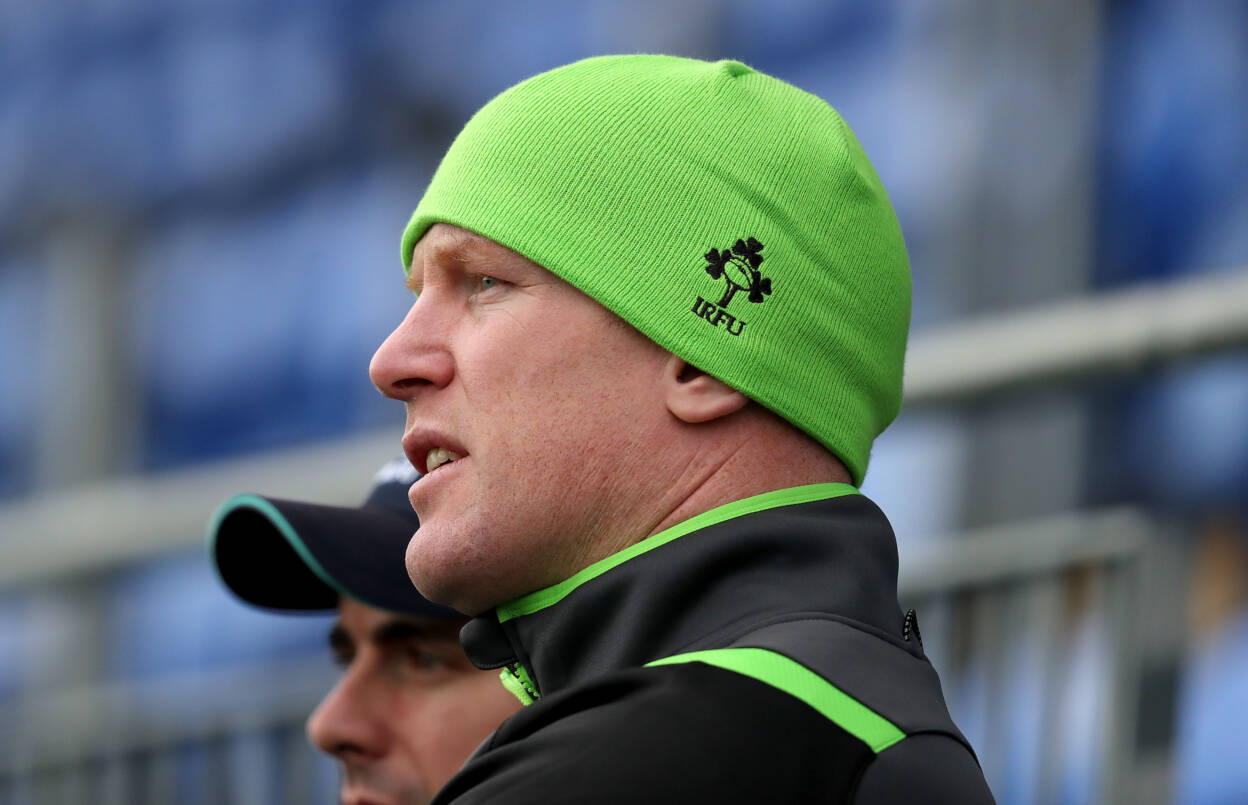 There is every chance they will have to do so without the services of Caelan Doris and Quinn Roux, who have returned to their provinces to receive treatment for respective concussion and neck issues.

It remains unclear how long the duo will be out for, but having encountered them in a coaching and playing capacity in the past, he is acutely aware of how big a loss they would be.

“Caelan is obviously a fantastic player. I would have worked with him in the Under-20s. He was incredible. He has that X-factor and you need those players in world rugby.

“I played against Quinn towards the end of my time and he was excellent. We had a laugh about my last game against Connacht. I lost to him at the Sportsground and he was brilliant that day.

“He’s a big man, great ideas on the lineout and so well coached by Jimmy Duffy up in Connacht. It will be disappointing not to have him in going forward, but we have no timeframe on when they’ll be back.”