On the same day at Parc y Scarlets in Llanelli, Georgia battled admirably before eventually losing 18-0 to Wales in the other Group A game.

This was preceded by a 40-0 loss to England the previous week, but with former Ulster players David Humphreys and Neil Doak involved as high performance consultant and backs coach respectively, Bealham will not be taking the Georgians for granted.

“They’ve always had a really strong set piece and some really big forwards,” he said of the Lelos. “We know that’s going to be a huge area on the weekend. It’s an opportunity as well for us to go against a quality pack in Georgia, really test ourselves.

“Outside the forwards, they’ve got some really explosive backs who have a lot of size as well. They’ve been playing some good rugby.

“I know the results haven’t gone their way, but we’re under no illusions. It’s going to be a tough game and we’re preparing accordingly for that.” 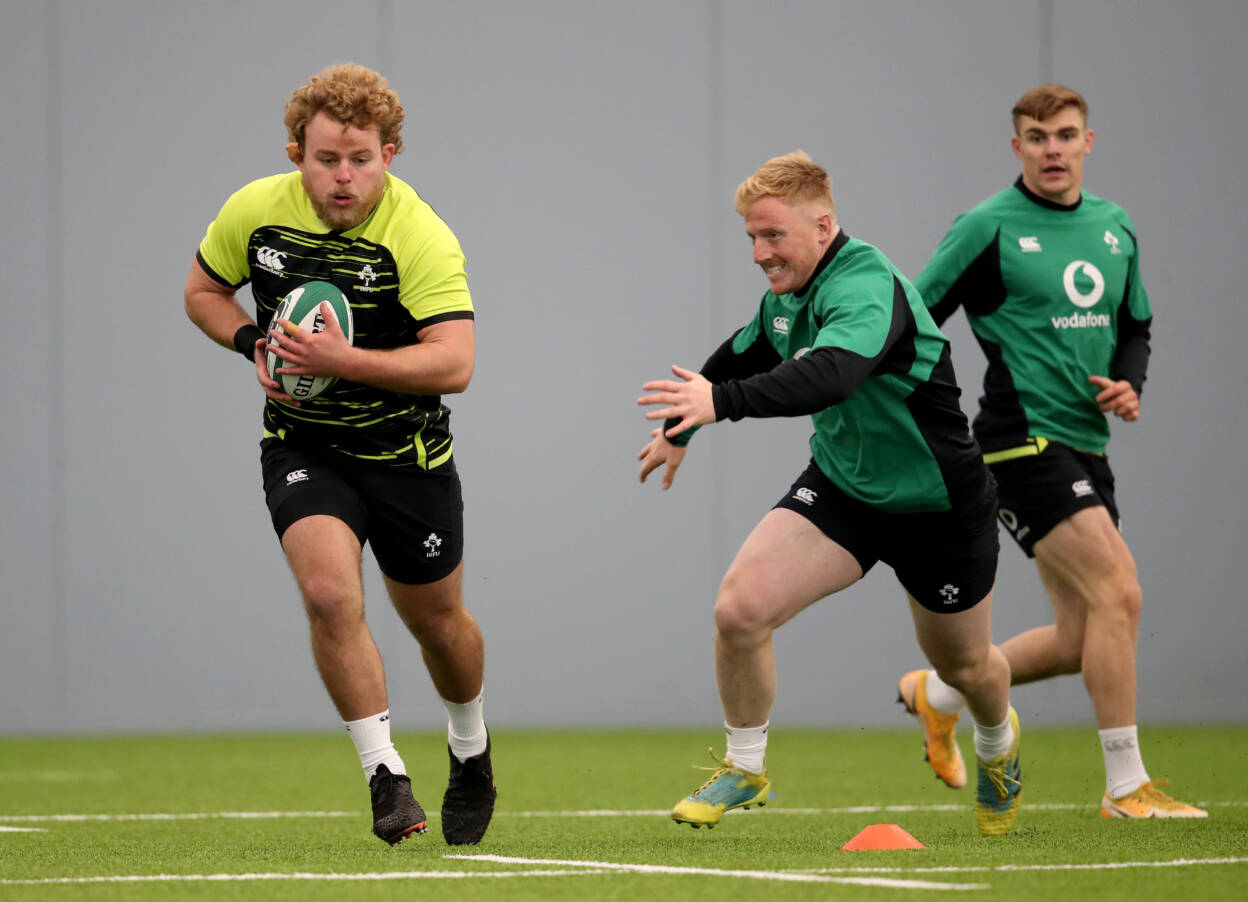 While he has been to the right of the front row for a considerable amount of time, Bealham has operated on the opposite side in the past. Back in March 2016, he made his international debut against Italy in the Six Nations in similar circumstances.

Whereas Byrne was forced to pull out of the matchday squad against England last Saturday, back then in 2016 it was Healy who was withdrawn at the eleventh hour.

I know obviously it’s a change from tighthead, but it’s something I’m confident in doing. Throughout camp, I kept my eye on the loosehead stuff, just in case something like this would happen.

“I know it’s unfortunate for Ed that he couldn’t play at the weekend. I kept an eye on all the loosehead stuff, so thankfully the transition wasn’t too bad.

“I had to ask a lot of questions to the likes of Iain Henderson, James Ryan and Quinn Roux about lineouts and probably burned their ears out a little bit asking questions, but I had to do what I had to do to make sure I’d get through the detail.”

In a similar vein to Dave Heffernan, his front row colleague at Connacht, Bealham has had to wait patiently for opportunities to shine in an Ireland jersey.

His cameo in the rearranged Guinness Six Nations encounter with Italy last month was his first international appearance in almost two years – and his first Championship outing since that debut in 2016.

When rugby shut down in mid-March he was nursing a fractured ankle, but throughout his rehabilitation – which included regular FaceTime consultations with Connacht’s lead physiotherapist Garrett Coughlan – Bealham maintained a burning desire to return to the national set-up.

With a fifth successive Test cap on the horizon, the 29-year-old is making the most of the opportunities afforded to him by head coach Andy Farrell.

Like a lot of people in the lockdown, you kind of get to sit back and have a look at things and when things kind of get back to normal, plan things out.

“Obviously playing for Ireland again in that November Series was a huge goal of mine and every time I had to go out and do a run, do a weights session or whatever it was, I had that in the back of mind, ‘look, this is all towards a goal of mine to get back into this Irish squad’.

“Thankfully I’m here now. When I got in as well, I just knew that all the hard work has got me here but I still have to keep that going.

“Like I said, whenever I got out on the field I had to go hard and make sure I made an impression. Because a lot of hard work has gone in from the injury, getting back to full fitness and then getting here. I’ll do all that justice and keep it going.”

Since making his Connacht debut in February 2014, Bealham has established himself as a firm fans’ favourite out west. To date, he has made 144 appearances for the province and was a key figure in their march to an historic PRO12 title in 2015/16. 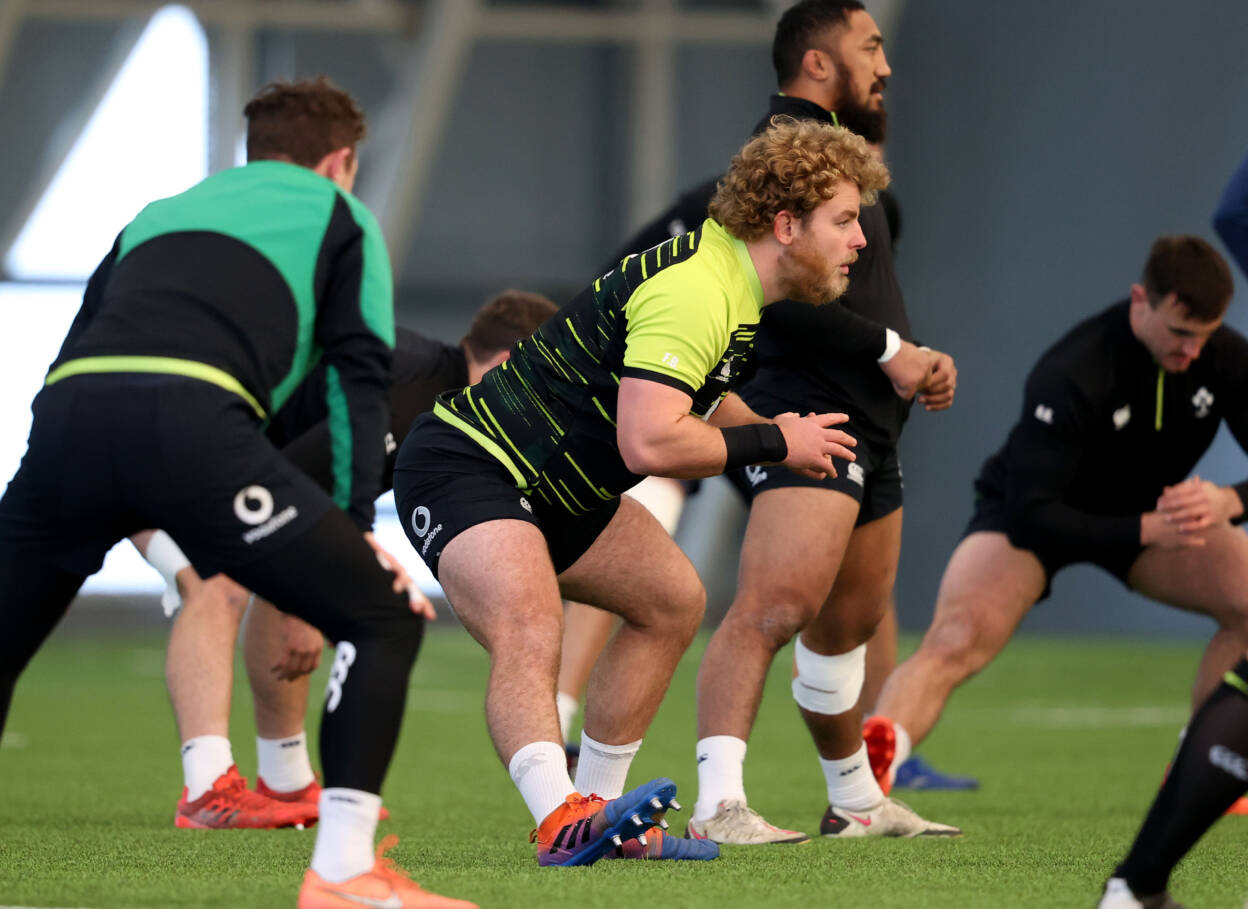 Over the course of the 10 years the Canberra-born forward has been on these shores – he qualified for Ireland through a Fermanagh grandmother – Bealham has gradually matured as a player and now believes he is reaching the peak of his powers.

“I think I’m coming into my prime now. I’ve made a lot of mistakes and I’ve learnt from them. You’re still always learning. I’m just honoured to be here,” he acknowledged.

“I feel like I’m coming into my prime and I feel I can really contribute to this team every time I get an opportunity.

“Regardless if it’s 15 minutes off the bench or it’s a start, I’m not going to count my minutes, I’m going to make my minutes count. Every opportunity I get, I’m going to go hard and do my best for the team.”