Ireland head coach Andy Farrell has given his full backing to Ross Byrne after naming the Leinster out-half to start in Saturday’s Autumn Nations Cup showdown with England.

A debutant against Italy back in November 2018 in Chicago, Byrne appeared off the bench in all five of Ireland’s Guinness Six Nations games this year.

He was left out of the matchday 23 for last Friday’s 32-9 Guinness Series triumph over Wales, with Billy Burns providing back-up at out-half to Jonathan Sexton.

However, a hamstring injury has put the latter on the sidelines for this weekend’s trip to Twickenham, and Byrne is set for only his second start at Test level.

He previously donned the number 10 jersey in August 2019 – a Rugby World Cup warm-up match against England. While that Twickenham tussle ended in a chastening defeat, Farrell has no doubts about Byrne’s big-game nous.

“He deserves it. He deserves the chance. It’s like others. How do you find out about how they cope with the big games and the big occasions unless you give them a chance?”, said Farrell, speaking at today’s team announcement press conference.

We can’t just give them a chance of picking them in a squad and just training the whole time. Ross has been involved in some big games for Leinster and this is his chance to go to Twickenham and be part of a great team performance as well.

“He’ll play his own game. Everyone is different, everyone has got a different temperament. Ross will be his own guy at the weekend and how Ross tends to play the game is very calm, cool and collected.”

Elsewhere, Peter O’Mahony’s excellent performance against Wales has seen him retained in the back row, only this time he moves to openside flanker with CJ Stander in on the blindside.

O’Mahony more recently filled the blindside berth – and came away with only his second international try – in last year’s Rugby World Cup pool victory over Russia. He also memorably lined out on the openside in the final game of Ireland’s 2018 series win over Australia.

Considering how much he brings to the table, Farrell found it impossible to leave him out of the team – despite the strong claims of Will Connors, who is selected on the bench.

“Obviously no player can do anything but be themselves. What is Pete’s skill-set? We know how great he is in the lineout and we saw that last week. We know he’s unbelievably good over the ball.

“We know he can play an eyes-up type of game with ball in hand as well. I thought his physicality last week was awesome.

“I thought he got on the ball and carried the ball hard as well. We expect Pete to be nothing more than that. He’ll be a threat no matter what, because he’s a great player for us.” 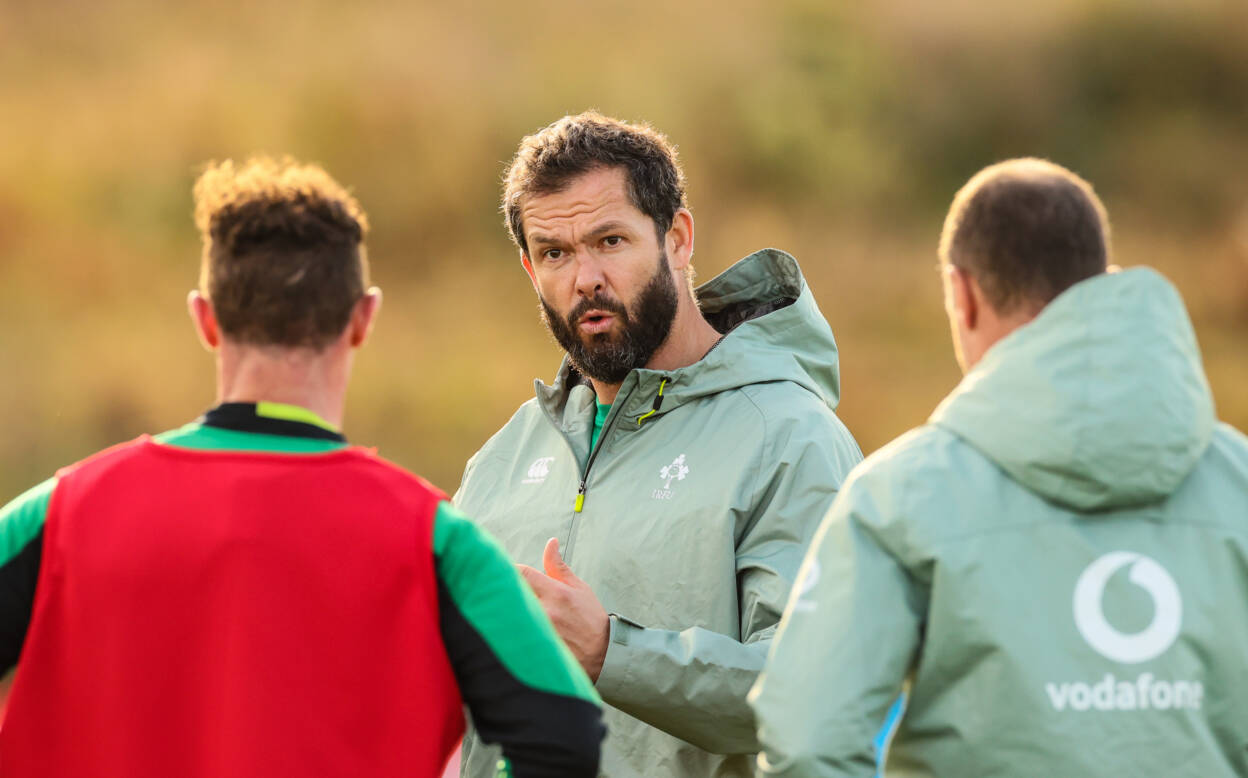 Although the cat was already out of the bag yesterday when he was put forward for media duty, today’s team announcement confirmed James Ryan as team captain in place of the injured Sexton.

Before beginning his current role as Ireland head coach, Farrell had been working closely with the towering lock in his capacity as the team’s defence coach.

He has never had any doubts about the qualities Ryan possesses, but has noticed the 24-year-old Dubliner shouldering more responsibility since he took over the main job from Joe Schmidt.

“He has 100% come to the fore in his curiousness about how he wants to lead, etc. I’ve been super impressed over the last nine months with how he handles himself, first and foremost, and how he interacts and thinks about others as well.”

In the recent history of this fixture, England’s physicality has tended to dominate both the pre and post-match analysis. 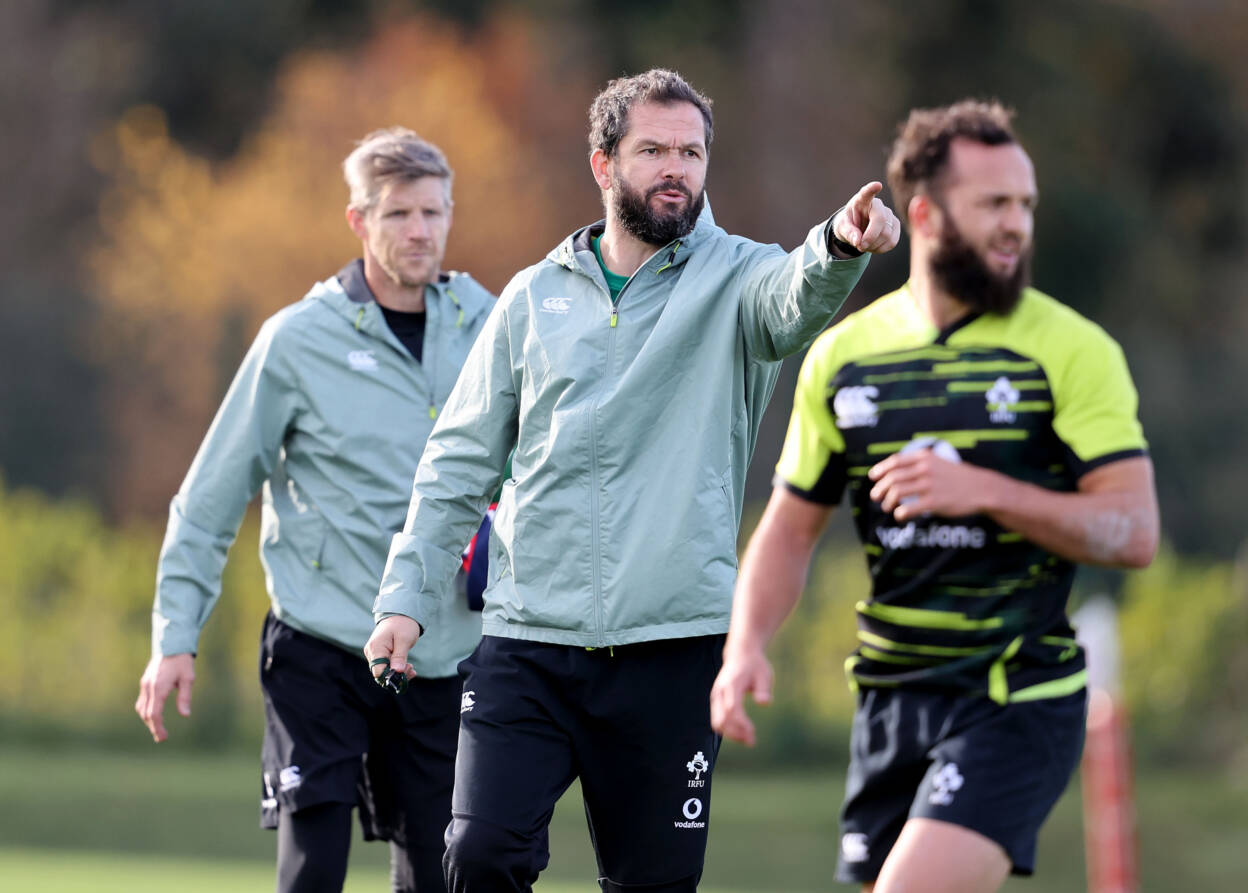 Farrell felt his charges did not have an opportunity to impose themselves on Eddie Jones’ side during their 24-12 defeat at Twickenham back in February, but is confident they can be more abrasive this weekend.

“There’s a reason why teams can be physical. Teams that are physical tend to have a flow to their game, play in the right parts of the field,” he added.

We know that England’s game is very much a territory-based game and they try and force errors upon you, and play in your half. We weren’t able to be physical in our game in our last outing at Twickenham because they harassed us in many areas really.

“We weren’t quite clinical enough in our exiting, in our set piece, etc. When things start to go wrong like that, the other team tends to get an opportunity to be physical.

“If things start to go our way and we’re able to play on the front foot, I’ve absolutely no doubt that we’ll be physical back at them.”