Jonathan Sexton’s injury-enforced absence this week will not dramatically alter Ireland’s game-plan for the clash with England, according to Andrew Conway.

Team captain Sexton was withdrawn just shy of the half hour mark in last Friday’s Guinness Series and Autumn Nations Cup opener at home to Wales.

The evergreen out-half has started all six of Andy Farrell’s games in charge to date (and Ireland’s last nine internationals), but will miss out on Saturday’s showdown with the newly-crowned Six Nations champions having failed to shake off a hamstring injury.

While the likes of Ross Byrne and Billy Burns are different personalities to Sexton – and Farrell is urging each of his players to be themselves on the pitch – Conway believes there is an onus on the rest of the back-line to take the pressure off his replacement’s shoulders.

“There’s different personnel coming in all the time. It probably won’t be Johnny that’s the only difference in the Welsh selection to the English selection,” he said, speaking at the IRFU High Performance Centre.

There’s going to be different guys playing and obviously 10 is a key part of that. I don’t think much changes. There’s different voices that are leading.

“We’re trying to get away from the sole responsibility being on the 10 to drive us around and spread that across the back line. It should take more pressure off the 10, no matter who is playing 10, whether it’s Johnny, whether it’s Ross, whether it’s Billy.

“That’s something that we’re trying to work on and create in the environment. It does just give our 9 and 10s more room to see things and not have to be worried about everything that’s going on around him.

“There’s always going to be differences with different guys coming in, but it’s not going to change our plan much.”

Should he retain his starting spot in the back-three, Conway will make the cut for a seventh successive occasion under Farrell. This sequence looked set to be interrupted when he was left out of the matchday 23 for Wales’ visit to the Aviva Stadium.

However, Jacob Stockdale’s sore calf ensured that the Munster ace was a late addition on the right wing with Hugo Keenan indirectly taking over from Stockdale at full-back.

Having received a call-up in similar circumstances in the past, the 29-year-old Conway was ready to go both physically and mentally. 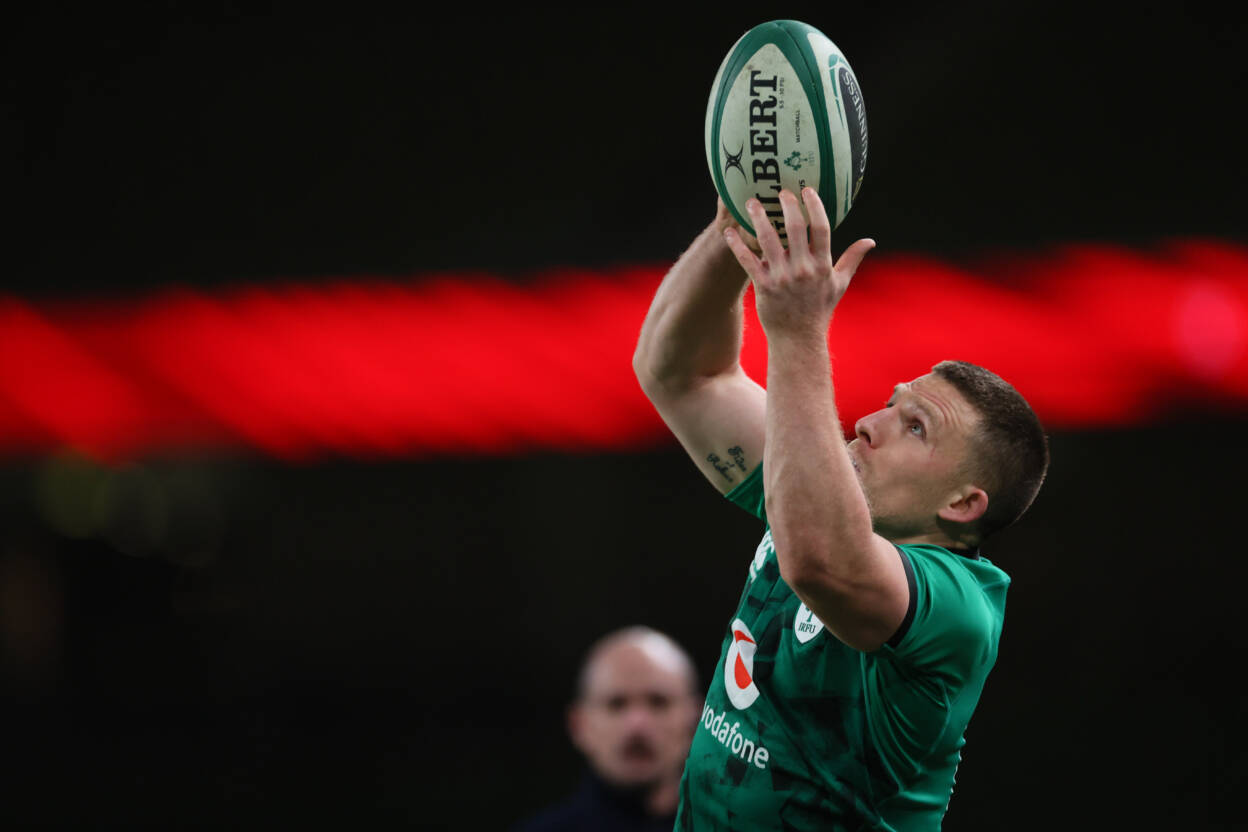 “I think you just need to know your detail. I’ve been around the squad long enough to feel relatively comfortable in the environment.

“The accountability and the responsibility is on every player from one to 35. Whether you’re starting that week or whether you think you’re fourth choice in a particular position that week and you’re not looking likely to play.

“We’ve seen over the years that it happens more often than we’d like. That lads are getting called in with people picking up niggles so that’s just the nature of the beast.

“I’ve benefited from that a couple of times. I know better than most that I need to be ready, no matter what. You’ve just got to know your stuff and then once you know your stuff, it’s all good.

“There’s no panic and you’re not scrambling to learn detail later on in the week. Once I’d heard it was a likely possibility, then in my head I was playing and then found out a couple of hours later it was confirmed. It was fine.”

Conway’s own personal record against England in an Ireland jersey is somewhat mixed. Despite enjoying a tremendous win over them on his debut back in March 2017, he was a replacement in the heavy Rugby World Cup warm-up defeat at Twickenham two years later.

He also started on the right wing in February’s 24-12 Six Nations reversal at the same venue. He knows what this English team can offer and it is little surprise he rates them as one of the best sides around.

They’re definitely one of the top teams in the world. They’re an incredibly tough team to play against. They’re physical. They’ve got a particular way of playing, which is kicking the ball a lot and putting you under pressure.

“Hoping you make mistakes and then they’ve got the ability to take advantage of that with the skilful players that they have and the power that they have.

“Going to Twickenham, it’s definitely one of the toughest environments I’ve ever gone to. I’m expecting no different, but we’ll be as prepared as we can and look forward to it as a new group here.

If he does get the nod this weekend, Conway will line out alongside a new Ireland captain in the shape of towering second row Ryan. 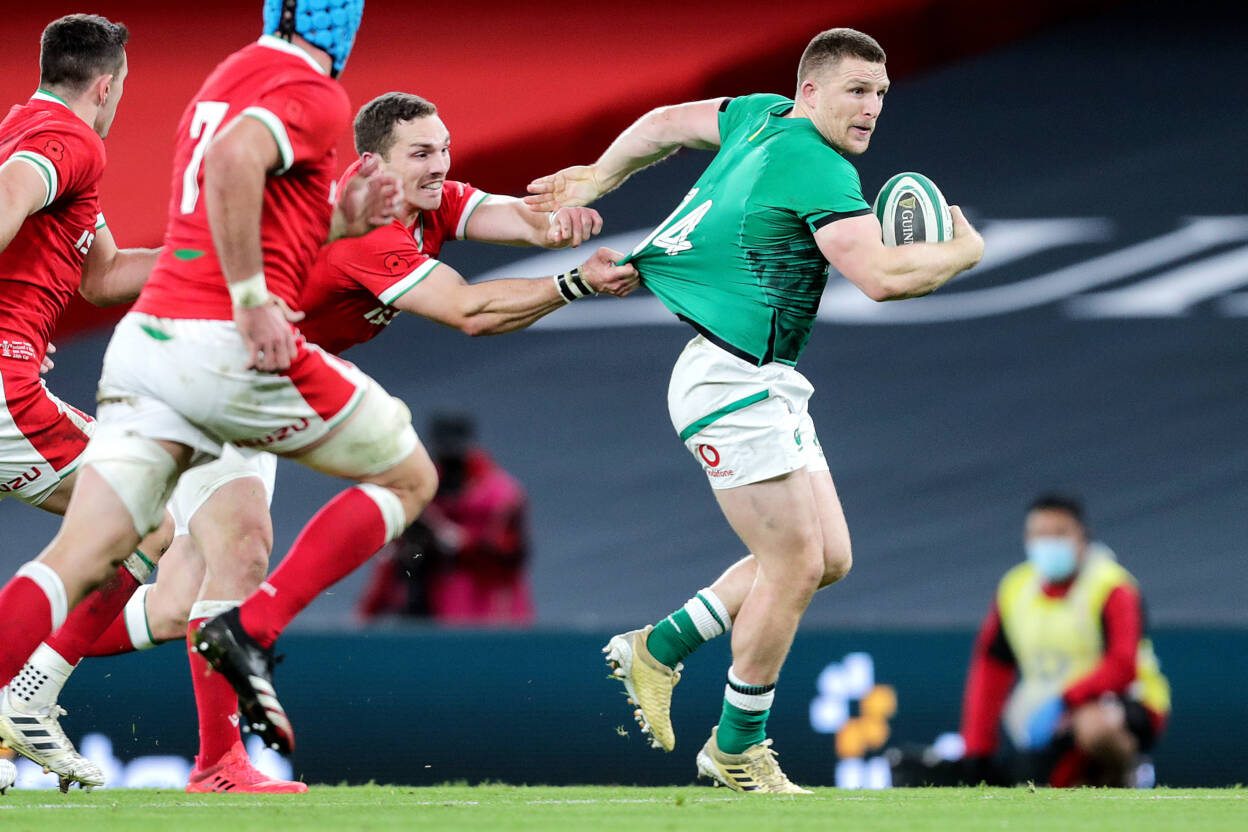 Even though he is only now getting a glimpse of what he is like as a team leader, he has been impressed by Ryan ever since he broke into Ireland’s senior set-up three years ago.

“As a player, there’s very few like him that I’ve come across in my career. Even from when he first came in, his first touch in international rugby was a try (against the USA in June 2017),” Conway noted.

“It has kind of kicked on. It has only gone on an upward trajectory from that. That tells you a lot. James has come in and he’s been able to transition the most from schools rugby at the time to Under-20s and then he’s playing international rugby pretty quickly.

“Instead of what happens a lot of people, they’ll stall a bit or they’ll think they have it all sussed. He’s one of those fellas that has his week planned out and he has his plan planned out to get better. He’s constantly adapting and looking to lead.

“Leading through his actions, but he’s also able to lead through his communication and bring people with him. As much as I’ve seen so far, there’s nothing bad I can say about him.

“Obviously I wouldn’t say anything about him anyway! But, genuinely, he’s a special guy and I’m looking forward to hopefully being involved on a big day for him.”