Despite his frustration at coming off injured, Ireland captain Jonathan Sexton was thrilled to see the team bounce back to winning ways with a 32-9 Guinness Series victory over Wales.

A scan today will reveal the severity of the hamstring injury that forced Sexton off in the 28th minute. Even if there were some chances that went astray, he saw it as the ideal rebuttal to lost out on the Championship crown.

Speaking afterwards at the Aviva Stadium, he said: “We obviously had to pick ourselves back up amid disappointment from, we felt, one that got away. One that we wish we could go back and play again.

But you don’t get second chances in professional sport and I thought we were much better tonight in certain areas. I still think we need to take a step up in terms of accuracy and being clinical.

“We had a few chances. If say Wales had scored just after half-time, it’s an even game. Whereas the dominance we had in the first half wasn’t really reflected on the scoreboard.

“Lots of small things to pick up on, but much better intent all round. I think a much better attitude in the way we prepared and everything like that.

“We thought we prepared well for France but, in hindsight, a few guys felt we weren’t right on it. You live and learn, and thankfully we bounced back well enough. We’ve got a few more steps to go to become a champion side.”

While debutant Billy Burns was thrown in at the deep end in place of Sexton, it was also a big night at the office for the latter’s Leinster team-mates, Hugo Keenan and James Ryan.

After a sore calf ruled Jacob Stockdale out of the game before kick-off, Keenan moved to full-back with Andrew Conway, who had not been named in the initial matchday 23, taking over on the right wing. 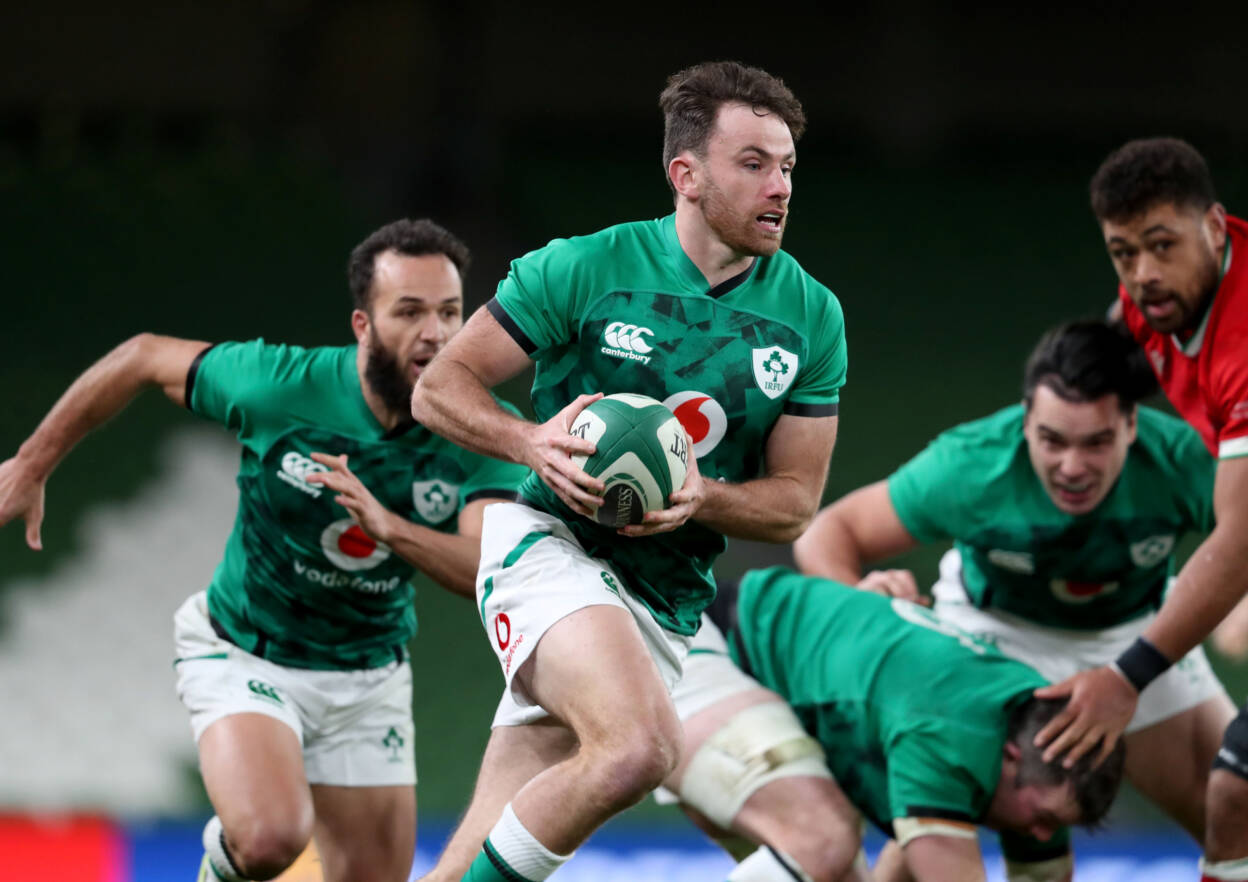 In Ryan’s case, he not only had to take charge of the lineout with Iain Henderson having pulled out, the 24-year-old lock also assumed the captaincy when Sexton’s evening was cut short.

Sexton noted: “He (Keenan) was outstanding. He has been in every game he has played since he’s got his chance with Leinster and now in a green jersey. He has been brilliant. He’s come in at such short notice, obviously Jacob pulling out.

“For James Ryan, Hendy all week had been running the lineout. Obviously with James’ help, but for James to be able to take the reins today and then obviously me going off and going to captain. He has been outstanding.”

Following Burns’ exit for a head injury assessment on 64 minutes, Conor Murray unexpectedly became the third player to fill the out-half position. The Munster star stood up to the task with two penalties and a conversion to compliment James Lowe’s last-minute try.

Murray’s introduction also meant Jamison Gibson-Park saw out to the full 80 minutes on his first Ireland start at scrum half.

Sexton believes the increased competition brought about by Gibson-Park’s elevation to the international set-up can only be good for Irish Rugby. 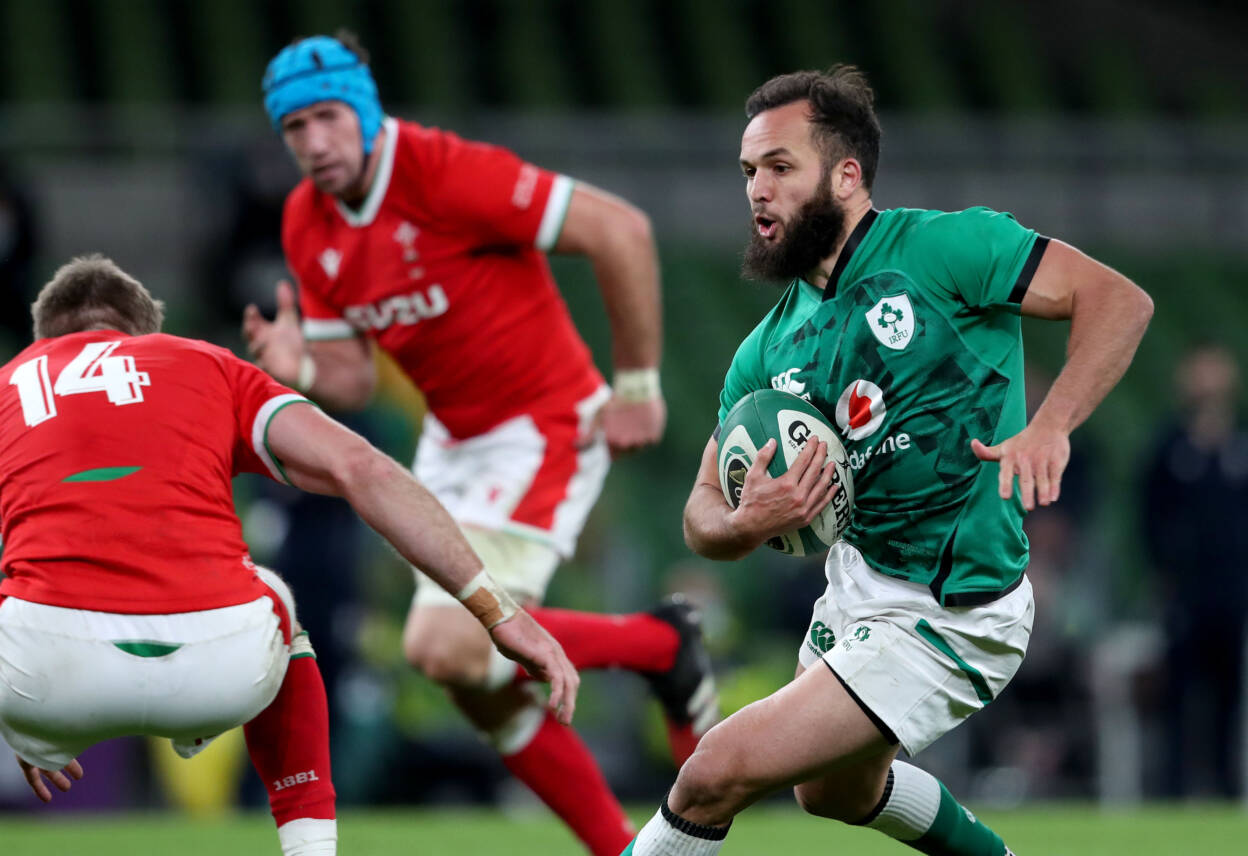 “Obviously he has gotten his chance tonight and Conor has been playing well as well. I think sometimes when you’ve done what you’ve done for so long, in Conor’s case, people try and find things that aren’t there.

“I think Conor came on and showed some great stuff at 10. Maybe he has found his natural position now – he might move there! I think they’ll both battle it out now and it’s great to have such competition in the squad.”

Although Sexton was quick to point out that Wales still possess considerable quality in spite of their troubling run of form, he is under no illusions about what awaits Ireland at Twickenham next Saturday.

Ireland’s most recent trip to London back in February ended in a 24-12 defeat and Sexton feels this latest meeting will indicate how far they have progressed under Andy Farrell.

We know England are one of the top sides in the world, top two or three at least. You look at their squad, their third choice centres are as good as their first. They’ve got a massive squad and every player is as good as the next.

“Massive challenge for us, but it’s a great fixture for us, to see how far we’ve come in eight months. It’s a great test for us to go over and see if we can improve on our last performance over there.”