Ireland head coach Andy Farrell was pleased to see his side open their Guinness Series and Autumn Nations Cup campaign with a ‘dominant’ performance against Wales.

Following the disappointment of their Guinness Six Nations final round defeat to France a fortnight ago, Ireland bounced back with a comprehensive 32-9 victory over the Welsh.

Speaking in the aftermath at the Aviva Stadium last night, Farrell said: “It’s a word that every coach would like to keep on using, but you’d like to think that any Irish side at the Aviva is able to be dominant.

How do you get to be dominant? Your set piece has to be good and I thought in the first half, in good parts of it, I thought it was. Our scrum was really abrasive.

“Any side that comes to the Aviva that doesn’t come away with a try, you’ve got to be pleased with that. Those couple of things have to be right for a dominant performance.”

Ireland’s preparations for this inaugural tournament had been hampered by the eleventh hour withdrawals of Ulster duo Jacob Stockdale and Iain Henderson.

Stockdale had been due for a third consecutive start at full-back, while Henderson had been tasked with leading the lineout in unison with fellow second row James Ryan.

After a sore calf ruled Stockdale out of contention, Andrew Conway was drafted into the starting XV with Hugo Keenan switching to the number 15 jersey for the first time.

A medical issue also forced Henderson out of the matchday 23 and this presented the aforementioned Roux with an ideal opportunity to showcase his worth.

As disruptive as the late changes were to deal with, Farrell is hopeful that Stockdale and Henderson can return for next Saturday’s clash with England at Twickenham.

“They won’t be long-term. Jacob flagged a sore calf during the week. We thought it was going to settle down and it didn’t settle down. He had a scan yesterday and there’s a little bit of something there, but we think that he could be available next week.

“We’ll see how that goes at the start of the week. Iain Henderson had a medical issue and again speaking to the medics, the doctor, we expect him to be okay next week.” 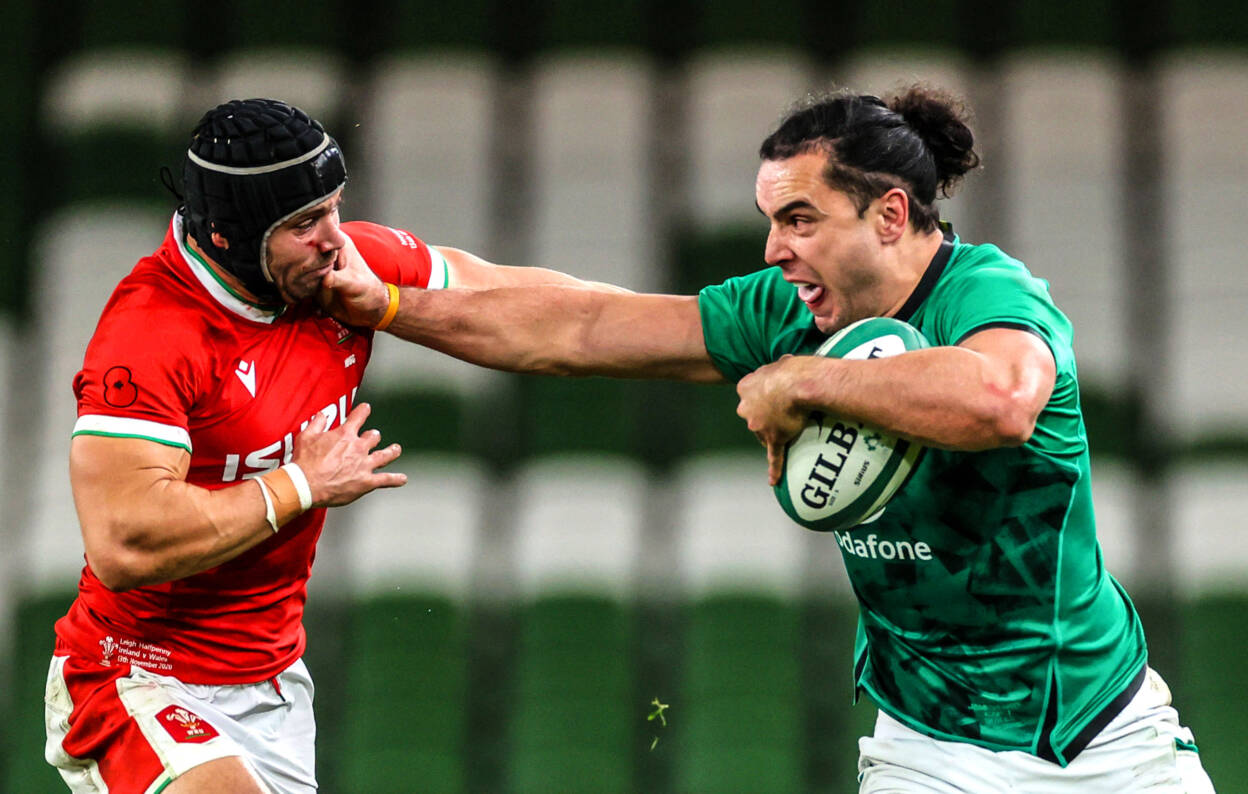 Ireland also encountered some difficulties within the game itself as Sexton was replaced on 28 minutes with a hamstring injury. Ulster’s Burns came on for his debut and while he converted two penalties in an assured cameo, he was withdrawn for a head injury assessment just past the hour mark.

On in his place came Murray, ensuring Ireland finished the contest with two number nines occupying the half-back positions.

While Sexton and Burns will be given every chance to prove their fitness, Farrell acknowledged that the Limerick man is an option at number 10 if they do not make it in time for the second round fixture.

“He actually thinks he’s a fly-half already! He did pretty well, didn’t he? Conor has played there before for us.

“He’s a smart rugby player, he understands what’s going on across the back-line. Not just at fly-half or scrum half. He steered the ship really well for us. He’s a genuine option there, definitely.”

In addition to Lowe and Burns winning their first Test caps, Ronan Kelleher and Jamison Gibson-Park started for Ireland for the first time – at hooker and scrum half respectively.

Farrell was happy with how they went as part of a fine collective effort, saying: “You can look across the side really and people who got their chances. I thought that was the most pleasing thing about the performance really.

“We’ve learnt a lot in the last couple of weeks. I think those performances in the game itself, you could throw Quinn Roux into that.

“You could throw Chris Farrell into that, etc. I thought that was the most pleasing part about today really. The cohesiveness and the learnings of the group.” 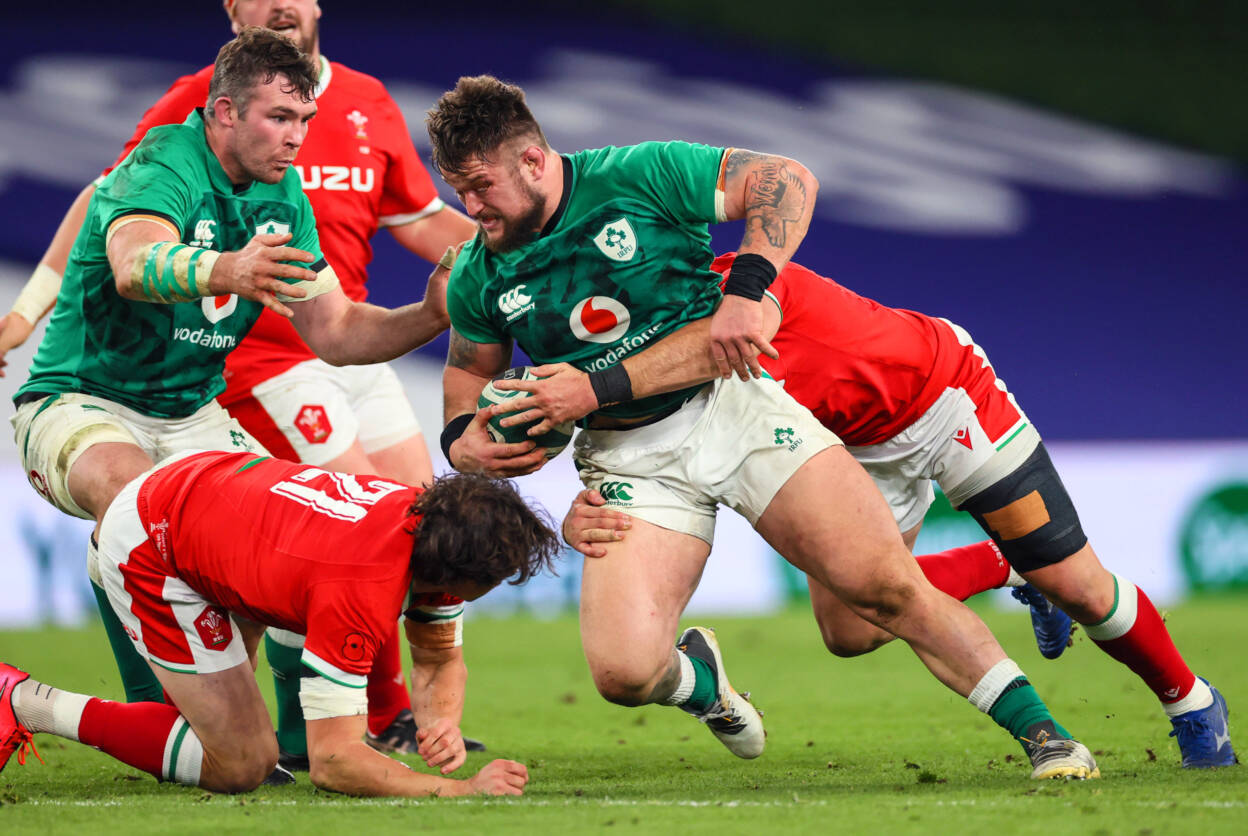 As welcome as last night’s win was, Farrell knows full well that a step up will be required for next weekend’s eagerly-awaited visit to London.

England ended the recently-concluded 2020 Six Nations with their third title in five years under Eddie Jones, and his Irish counterpart recognises there are key areas that require improvement.

“I suppose you need to be better at everything really. Being clinical. I thought the first half, territory and possession, it was a fair reflection of where we were at.

“I thought after some real good attacks, some direct attack, our breakdown was pretty impressive. But I thought after line breaks, we got a little bit cluttered. Not calm enough.

“I thought we could have converted a few more opportunities in that first half. Similar in the second half really. Be more clinical when try-scoring opportunities are there to be taken, I reckon.”