It was not at all what he had expected in the advance of the game, but Conor Murray did enjoy his brief run-out at out-half in Ireland’s 32-9 Guinness Series win over Wales.

Following the injuries sustained by captain Jonathan Sexton and his replacement, debutant Billy Burns, Murray was tasked with seeing out the opening Autumn Nations Cup tie in the key playmaking role.

The 31-year-old took the job with considerable aplomb, knocking over a brace of penalties and the conversion of James Lowe’s late try as Andy Farrell’s men ran out convincing winners.

Giving his reaction afterwards, Murray said: “Being on the bench, anything can happen. Injuries and bumps to the head. Got a bit of a run out at (number) 10 for the last 15 or 20 minutes.

Playing inside the 10s during the week and knowing the calls. Not that it’s easy to slot in, but you’ve a fair idea where you’re supposed to be.

“I think the lads chatting to you out there on the pitch, looking after you. The centres and wingers, and things like that, help a lot. It was enjoyable.

“We were on the front foot a bit and we got a little bit of ball. It was nice to come on and experience it that way. A little bit different.”

Since making his debut against France in August 2011, Murray has seen players popping up in some unfamiliar roles. With this in mind, if Farrell asked him to play at out-half in the event of Sexton and Burns being ruled out for next week’s clash with England, he would do it without a moment’s hesitation.

“Genuinely, I’ve been in the team for a while now and playing at this level. Training week in, week out with the 10s outside you and having a bit of an understanding of what they’re wanting from you as a nine.

“It did make it a little bit easier slotting one position over. Now I know it’s an awful lot different, but just having a decent idea of the way we want to play as a team. 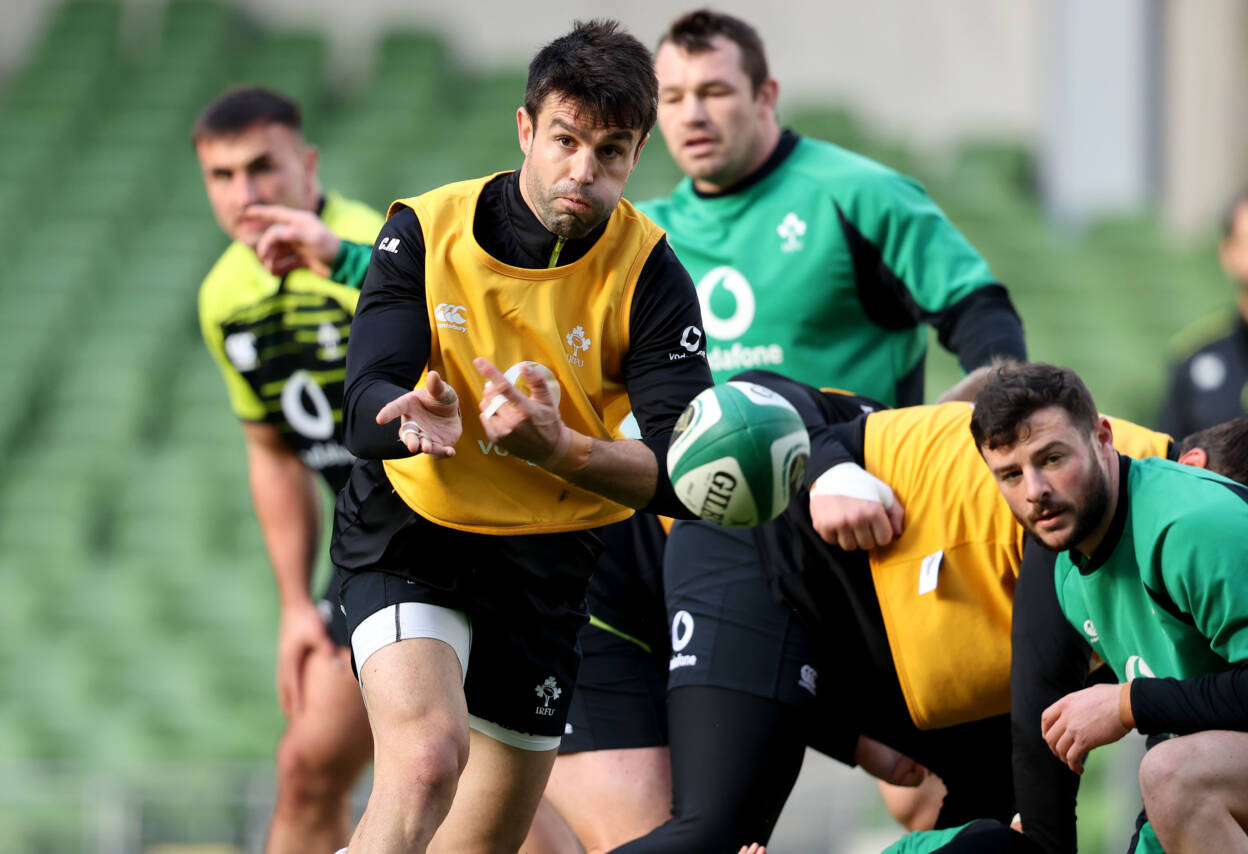 “I think everyone in the team, the back-line especially, knows how we’re trying to play. That’s the impressive thing about our group of players over the years. If someone needs to slot in a position, they usually do really well in there.

“Think of Kieran Marmion, who has played an awful lot of rugby on the wing for Ireland and he’s been brilliant there. I think that’s the pleasing aspect of our squad. We’ve fellas who can jump in, in a number of positions.”

Last night’s Celtic derby saw Murray coming off the bench for Ireland for the first time since a 2015 Rugby World Cup pool victory over Romania.

44 appearances as a starting scrum half have followed since then – albeit not consecutively – and while his move to the bench could have led to a negative reaction, the Limerick native understands it is part of what Farrell is trying to achieve in the Nations Cup. 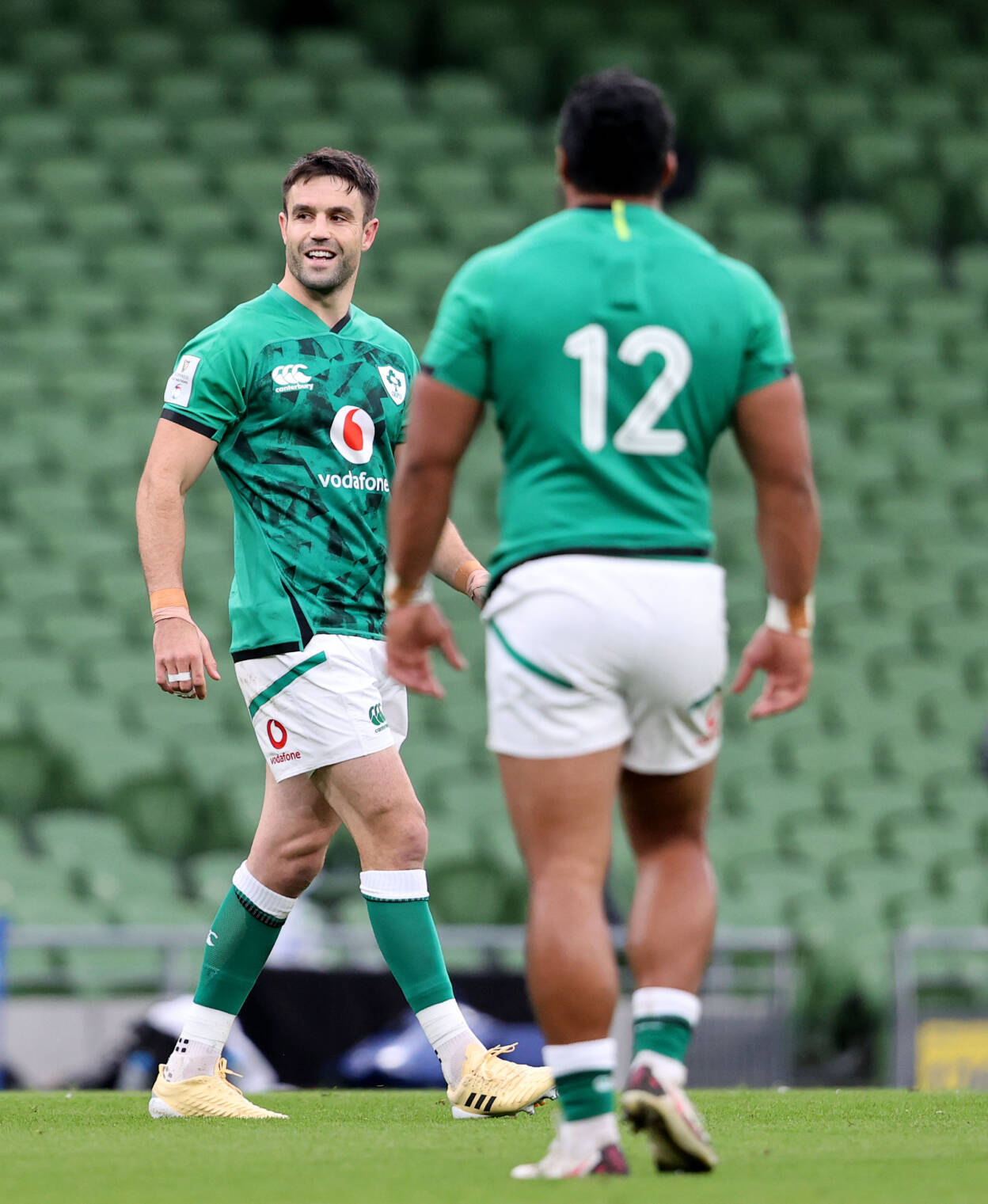 “You’ve got to be realistic with it as well. Jamison (Gibson-Park) has been playing really well and he deserved a chance. Andy said he’s going to have a look at a few people, a few different combinations.

“Personally, you want to play every game you’ve a chance of being selected in. I’m happy with where I’m at. I’m enjoying rugby since coming back from the lockdown, paying zero attention to the outside noise, which I find really helpful for me.

It’s just the way it is and you’ve got to be mature enough to deal with that and continue on your journey. Try and get better and learn off the people in the squad. Jamison has been brilliant since he came in.

“You’ve Kieran Marmion there too, who we’ve been working with for a long time. It’s about being in a good space yourself and being able to accept what’s thrown at you and continue progressing.

While it was important to get a positive result out of the game, one of the principle aims for Ireland last night was to improve on the areas that let them down in the Six Nations climax against France a fortnight ago. 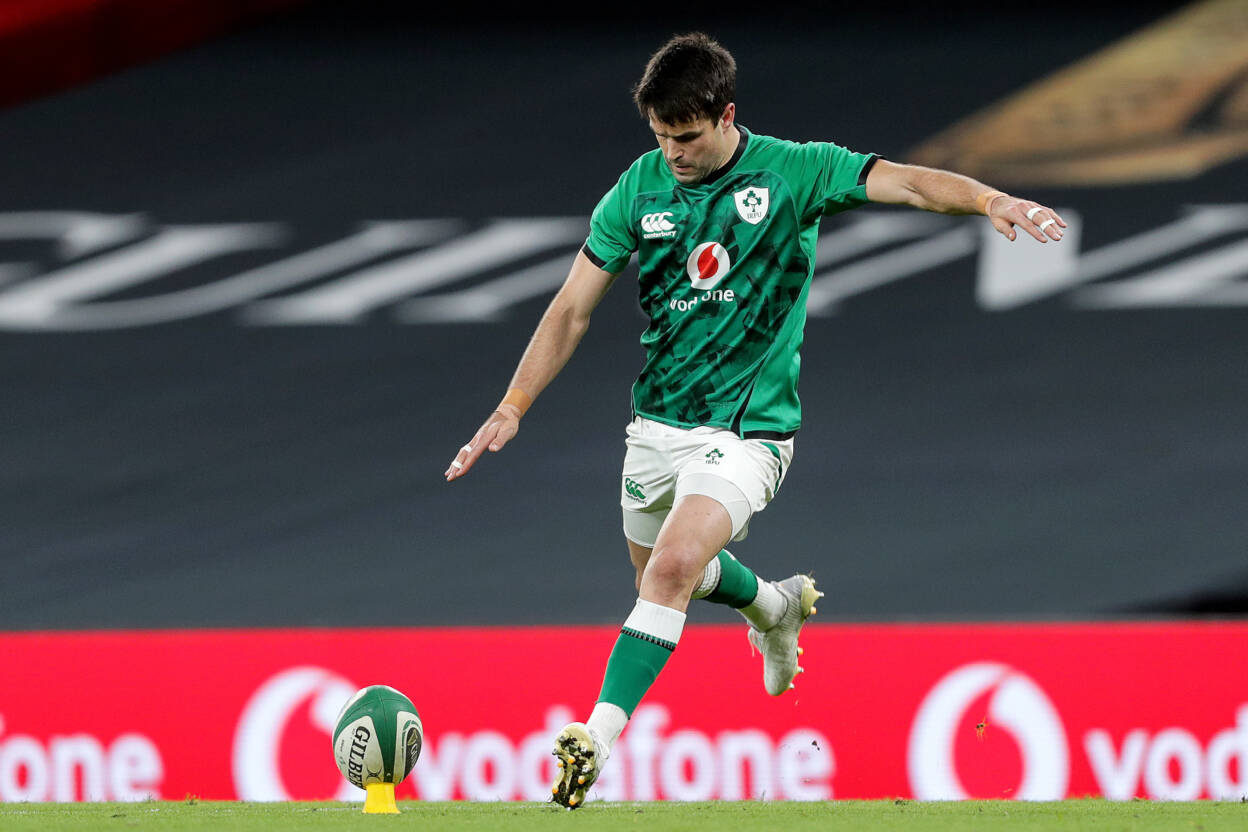 Another step up will be required for the trip to Twickenham in seven days’ time but, for now, Murray is satisfied with how they dealt with the Welsh threat.

“There was a notable difference in us, in the first half. We felt at half-time it could have been a bigger scoreline for us. There were times where we knocked on a couple of balls and we ran into touch, I think twice, when we were in good positions.

“Having those opportunities and converting a couple, leaving a few out there, was definitely a different situation to the French game.

“That’s what we’re trying to do as a squad. Come out with a bit of intent and show people what we’re about after the disappointment of France.

“I think we did that overall. There’s definitely improvements, but we were looking for an attitude and to make a bit of a step forward. I felt we did that tonight.”