France scrum half Antoine Dupont has been unveiled as the 2020 Guinness Six Nations Player of the Championship.

The inaugural Guinness Women’s Six Nations Player of the Championship has also been revealed, with England centre Emily Scarratt winning the vote.

Dupont becomes the first ever Frenchman to be awarded one of rugby’s greatest individual accolades, a prize that has been won by an illustrious list of the game’s top players, including Brian O’Driscoll, Stuart Hogg, Andrea Masi and Shane Williams.

Ahead of going to a public vote, a shortlist of six nominees, three French, two English and one Irish (CJ Stander), were chosen by an expert panel of distinguished rugby writers, former players and broadcasters from across the six participating countries.

The 23-year-old Dupont, who received 46% of the votes, was a creative hub for his team, a menace with the ball in hand whose athleticism kept defences on the back foot, while also dovetailing effectively with half-back partner Romain Ntamack.

No scrum half made more than Dupont’s 249 metres with ball in hand, while his 54 kicks for 1,543 metres (both Championship highs) proved there is another facet to his game outside his electric running in the open field. His Championship-high 12 offloads showcased his ability to keep the ball alive.

Ben Morel, Chief Executive of Six Nations Rugby, said: “I would like to personally congratulate Antoine Dupont on an outstanding tournament.

“His talent clearly transcended borders with fans from all six Unions giving him their support in huge numbers. To win this award at such a young age is quite some accomplishment. Bravo Antoine!”

Mark Sandys, Global Head of Beer at Diageo, commented: “On behalf of the Guinness team, well done to Antoine Dupont on a superb Guinness Six Nations campaign in 2020.

“Antoine was the overwhelming choice of fans, winning the vote by a substantial margin, after thrilling and entertaining fans all over Europe and beyond throughout the campaign.

“As ever, we’re proud to support the award and particularly delighted that the trophy will go to a French player for the first time in its history. Well done to Antoine and we look forward to seeing him and the rest of the fantastic French team light up the Championship again in 2021.” 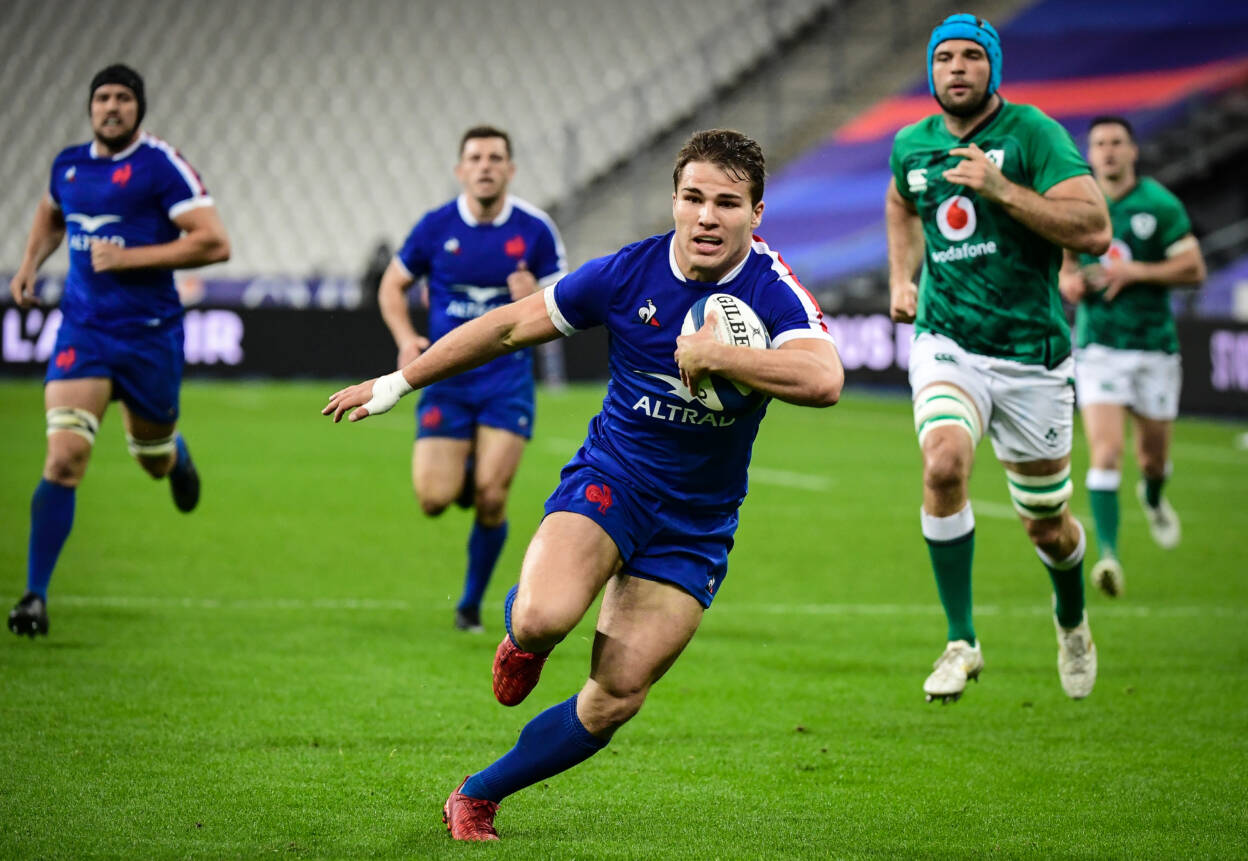 Meanwhile, Scarratt, who became England’s highest ever Red Roses points scorer during this year’s Women’s Six Nations, was crowned the first winner of the Women’s award.

She received the most votes from the head coaches and team captains of the participating Women’s Six Nations sides.

The 30-year-old’s try from close to the halfway line against France was vital as England got their campaign off to a winning start, sealing victory against the Red Roses’ fiercest Women’s Six Nations rivals.

She rounded out the Championship with a similarly impressive score against Italy last Sunday as England won their fifth game to become back-to-back Grand Slam champions.

Scarratt, who lines out for Loughborough Lightning at club level, played the most minutes out of any player in the Championship. She started every match and was only replaced late in the second half in England’s final game against the Italians.

Praising the inaugural award winner, Morel said: “I would like to congratulate Emily on winning the first ever Women’s Six Nations Player of the Championship award.

“She is an amazing player who beat tough competition to win this accolade. Well done Emily!”

Diageo’s Sandys added: “On behalf of the Guinness team, we would like to congratulate Emily Scarratt on a fantastic performance on the pitch this year.

“Emily played a vital role in England’s second successive Grand Slam, scoring the key try against France. The fact that Emily has received this award from her peers makes it extra special. Our heartfelt congratulations to her.

“We’re also proud to be part of making the first ever Women’s Six Nations Player of the Championship, presented by Guinness, a reality with our friends at Six Nations Rugby.”