Ireland’s CJ Stander is one of the six nominees for the Guinness Six Nations Player of the Championship. Who will follow in the footsteps of 2019 winner Alun Wyn Jones?

It may have been the longest Championship in history, but the 2020 Guinness Six Nations delivered an enthralling Super Saturday that saw England take the title.

A resurgent France and powerful Ireland were also in contention on the final day, while all five rounds delivered numerous impressive individual performances.

Half of the Player of the Championship contenders are French, after les Bleus lit up the Championship and only missed out on the title on points difference. Back rower Grégory Alldritt and half-backs Antoine Dupont and Romain Ntamack are all in contention.

Champions England have two nominations in the form of destructive lock Maro Itoje and centurion scrum half Ben Youngs, while Ireland’s back row star CJ Stander rounds out the nominees.

You only have to look at the Guinness Six Nations player-of-the-match roll call to see how impressive Alldritt was during the 2020 Championship as, incredibly, he earned that award in three of France’s five games.

The back rower was player-of-the-match in the tone-setting 24-17 win over England in round 1, the 35-22 victory against Italy in round 2, and the Super Saturday triumph over Ireland to round out the tournament.

Alldritt was an attacking and defensive force – ranking second for carries (66), third for metres made (393), joint-second for breakdown steals (four), and second for tackles made (81) across the five rounds.

The France scrum half was a creative hub for his team, a menace with ball in hand whose athleticism kept defences on the back foot, while also dovetailing effectively with half-back partner Romain Ntamack.

No scrum half made more than Dupont’s 249 metres with ball in hand, while his 54 kicks for 1,543 metres (both Championship highs) prove there is another facet to his game outside his electric running in the open field.

His Championship-high 12 offloads speak to his ability to keep the ball alive and the support lines he runs were rewarded with a try against Ireland at the weekend.

Itoje lifted the Guinness Six Nations trophy for the third time in his still-young international career after once again being the beating heart of the England pack.

A constant threat to steal ball, or at least disrupt the breakdown, the 26-year-old was also a defensive demon with 80 tackles – third most in the Championship – while 22 of those were dominant, eight more than his nearest rival in the rankings, as he consistently won the all-important collisions.

The lock also hit 33 more attacking breakdowns than any other player and was his usual reliable self at the lineout. He played every single minute across the five rounds.

In Dupont and Ntamack, France look to have their half-back pairing of the present and future, with the 21-year-old out-half coming into his own as the Championship progressed.

He crossed for three tries and assisted a handful more – including Virimi Vakatawa’s Super Saturday score with a gorgeous chip-and-chase followed by an intelligent inside pass – while he was also reliable from the kicking tee.

That combination meant he scored more points than anyone else in this year’s Six Nations (57) and unlocked many a defence with his vision and decision-making in the ten channel. 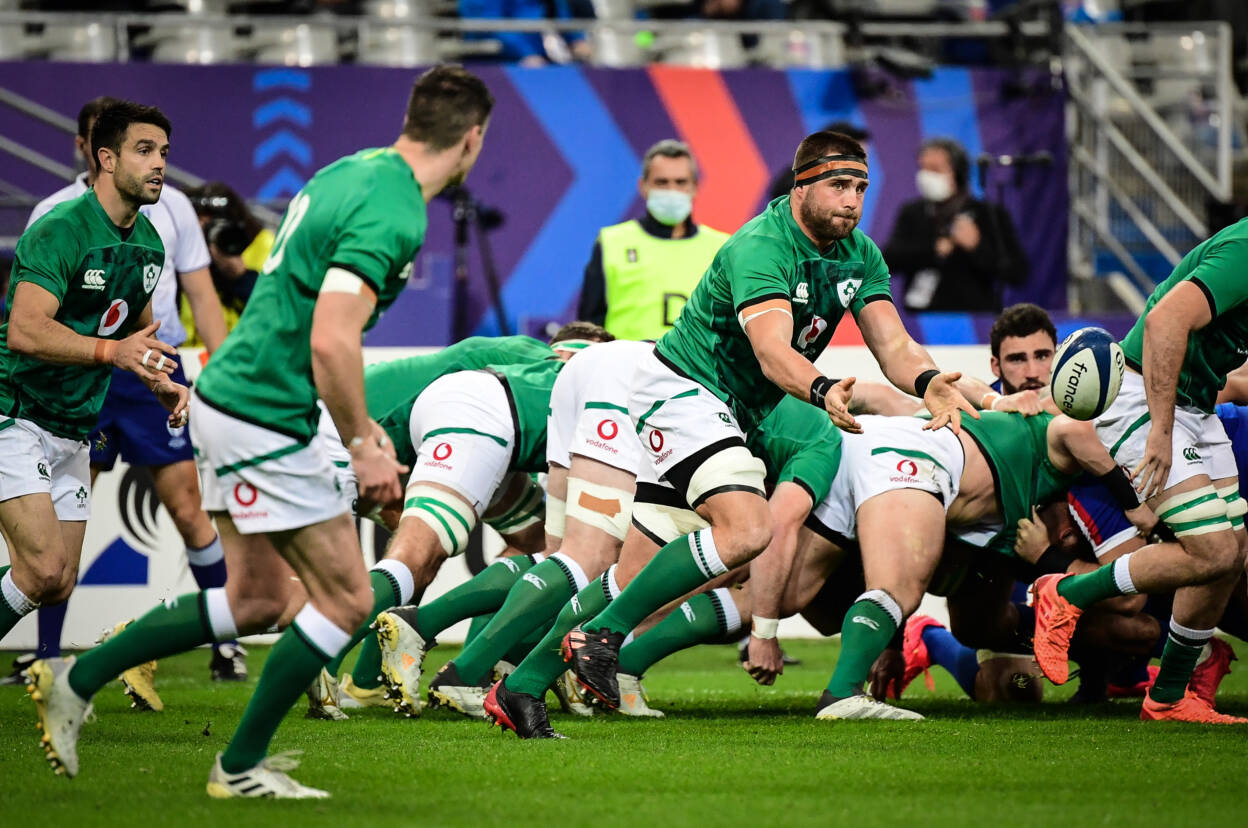 Another man who played almost every minute in this year’s Championship, Stander was a consistent, relentless dynamo in Ireland’s back row.

He made more carries than any other player, as he took the ball on 77 times for 312 metres – churning out the hard yards to ensure Ireland consistently had front-foot ball – while also winning a Championship-high six turnovers.

His 61 tackles prove what a defensive presence he is, and the 30-year-old was particularly impressive in the round 1 and 2 victories over Scotland and Wales respectively, being named player-of-the-match on both occasions.

Youngs brought up 100 England caps in style on Super Saturday, with two tries, a player-of-the-match gong and the Championship trophy.

That completed another impressive Six Nations campaign for the scrum half, who made his international debut way back in 2010 but is still at the peak of his powers.

Still a threat to snipe from the breakdown, his game management and decision-making get England’s backs and forwards alike ticking, while his 1,306 metres kicked show his understanding of how important the territory battle is.

Guinness Six Nations Player of the Championship – Past Winners: