Versatile back rower Caelan Doris is anticipating a stern examination from France on Saturday as Ireland prepare themselves for a shot at Guinness Six Nations glory.

Having seen his debut – as a number 8 – against Scotland back in February cut short due to a head injury, Doris returned to play a role as a replacement in Ireland’s defeat to England later that month.

Last Saturday he earned his third cap in the bonus point win over Italy, starting at blindside flanker and making a big impression alongside Will Connors, the player-of-the-match on his debut, and CJ Stander.

The 22-year-old has retained his place for the final round of a much-delayed Six Nations and will, in the process, be playing his first game at the Stade de France this weekend. He said:

Stade de France is a tough place to go, I’ve heard from the lads. Obviously no crowd this weekend, but it’s still going to be a massive challenge.

“A quality back row they’ve got so it’s going to be a massive challenge for us. The breakdown is becoming more important in the game. Speed of ball is hugely important and that stems from good breakdown work.

“We’ve put a bit of emphasis into that over the last few days and that’s going to be a big area for the back row, in particular. You saw the tries they scored against Wales there at the weekend.

In the past twelve months, Doris has emerged from a crowded field to become a key player in both the Leinster and Ireland squads. The Mayo youngster’s first European start for the Blues came just last November, against Benetton Rugby at the RDS.

Before then, his only Champions Cup appearance was a two-minute cameo against Toulouse in the 2019 semi-final at the Aviva Stadium. As a student at Blackrock College, he always embraced the big occasion and has carried this through into the professional ranks.

“I love playing in the big games. I think the excitement in the week building up to it and the day itself is special. You probably get a bit extra out of yourself on the day.

“It’s incredibly special being involved in the big days. That’s why we’re playing the game. A week like this is very special and we’re all massively excited for Saturday.

“Probably even in the school days, I probably felt some of my better performances came in the Cup and in the bigger matches. The extra excitement and all bumps you up a level and I’ve probably had a bit of that throughout my career.” 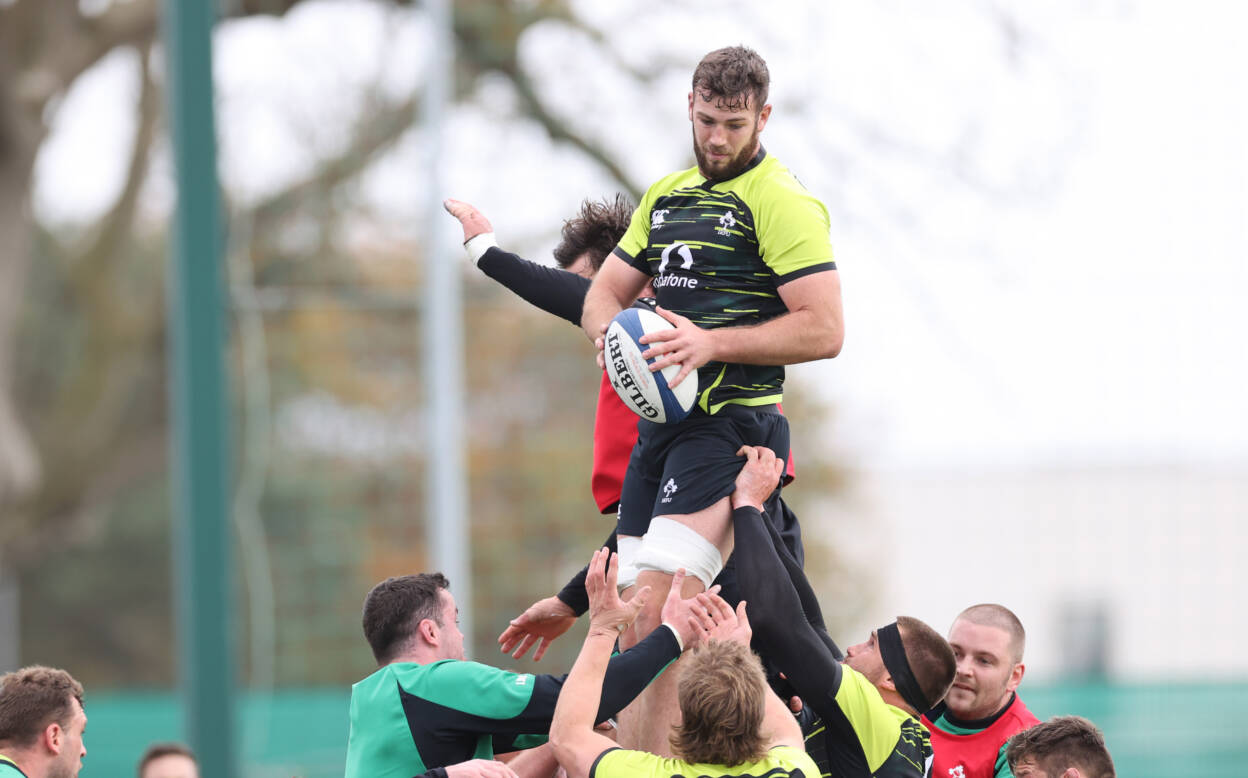 Whenever he is lucky enough to don the number six or eight jersey, for province or country, it is only after fending off considerable competition, TMindful of that, Doris never takes anything for granted and is always striving to find improvements in his game.

“There’s massive competition in camp and back in Leinster as well. Every time you take to the field you have to be ready and you have to perform.

“Then that prepares you as best as possible for the weekend. That has probably been helpful over the last couple of years and in camp as well over the last few weeks.”

In addition, squad unity had been mentioned as an important factor by many of Doris’ Ireland team-mates in their dealings with the media in recent weeks.

The former Ireland Under-20 captain agrees there is a positive atmosphere within the group, something that is greatly needed under the current Covid-19 restrictions they are operating in.

It has been great. I think we’re a pretty tight-knit group. There’s a big focus on enjoyment and getting to know each other on a deeper level. I think we’ve done that over the few weeks.

“We’re obviously in a bubble so we’re spending a lot of time with each other. The better we know each other off the pitch, the better we’ll perform for each other on the pitch. I think that has been big for us.”

Considering how well they functioned together against Italy, it is little surprise Andy Farrell has decided to retain the back row combination of Doris, Connors and CJ Stander. 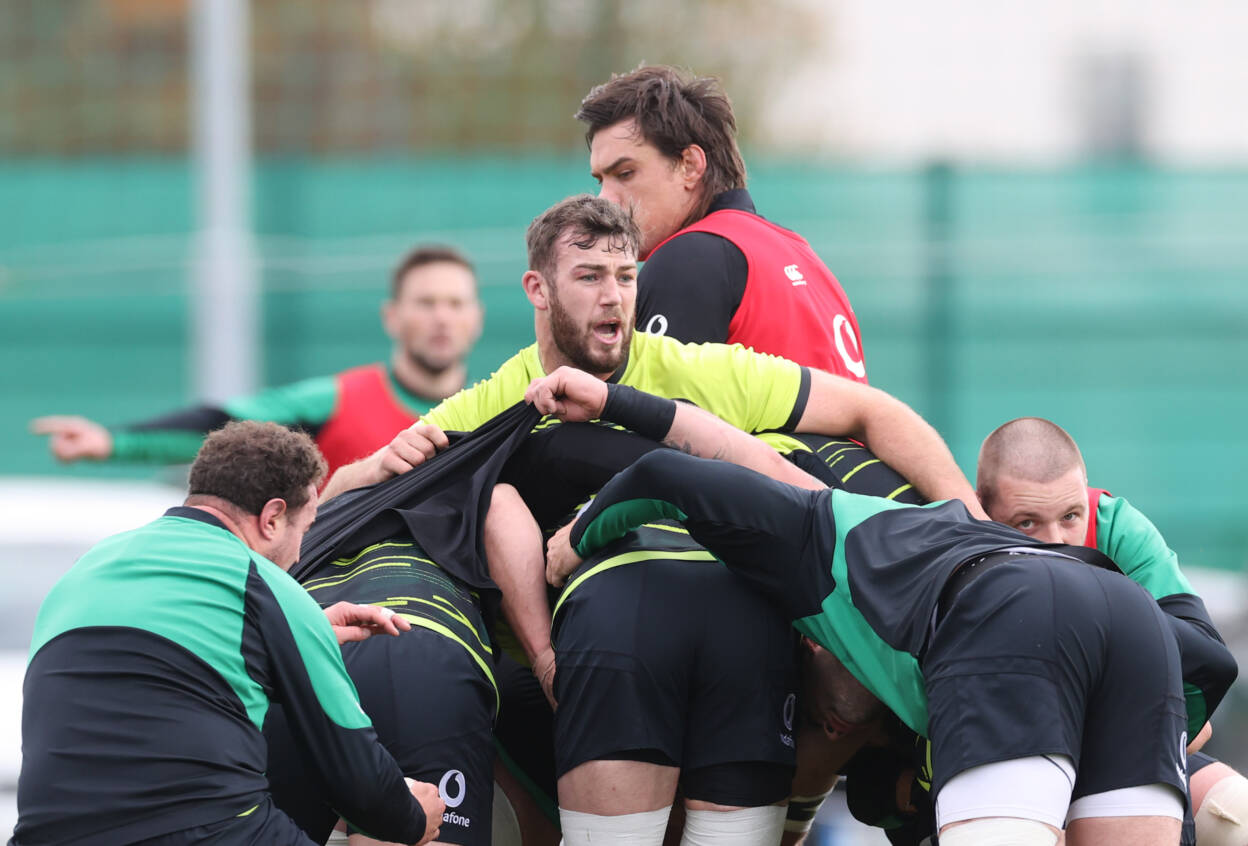 Stander capped another fine performance with Ireland’s opening try against Italy and was a prominent figure at the breakdown, with Doris and Connors executing the kind of tackles that we are more accustomed to seeing from the Munster powerhouse.

However, Doris stressed this was not a deliberate ploy on the part of the Irish coaching team.

“We didn’t talk about it like that. It was probably just the way the game ended up. I don’t think the tackle stats on our side were too high at all.

“We were probably attacking quite a bit, but we did talk about going after them at the breakdown. Trying to take all the opportunities when they’re there.

“Make good decisions if they’re not on, be on our feet and in the D-line. It wasn’t that me and Will would go for the tackles and CJ would go for the turnovers. It was just seeing what’s on and going for what is in front of you,” he added.