Jacob Stockdale is pictured during his first outing in the Ireland number 15 jersey, at home to Italy last Saturday afternoon ©INPHO/Dan Sheridan

He may have put in a strong first showing in the position last weekend, but Jacob Stockdale feels Saturday’s crunch Guinness Six Nations clash with France will be the real litmus test for him as an international full-back.

Having made 28 consecutive starts on the wing, the Lurgan man – who has 16 Test tries to his name – was switched to the number 15 jersey for Ireland’s fourth round encounter with Italy at the Aviva Stadium.

Despite being pleased with how he performed against the Azzurri, Stockdale recognises a much bigger challenge lies in waiting at the Stade de France. He said:

Obviously looking at the way the French play, they’ve a very good kicking game. They’ve scored a number of tries off those contestable kicks and cleaning up the scraps.

“Trying to keep it as tidy as possible at the back. Because those are the kinds of opportunities that I live off. Outside of that, I don’t think they necessarily pose a massive threat just for me personally.

“But for us as a team, we’re going to have to make sure that we’re switched on the entire time we’re on the pitch. Because they’re masters at creating something out of nothing and scoring tries off the back of plays.

“Where you think you have them pretty much shut down and then all of a sudden they throw a great offload and they’re 80, 90 metres down the pitch.”

While the outcome of the game was well beyond doubt when it happened, the concession of a last-minute try to talented young out-half Paolo Garbisi was disappointing for Stockdale and the Ireland squad when they reviwed the video footage.

“That was something looking back on it that I was frustrated with. In those positions it’s a tricky one obviously, because I can see a two-on-one coming at me. I’m trying to make a play pretty much.

“In hindsight that’s probably an experience thing, where I haven’t really been in that position that many times. It’s probably a better decision to just try and rush Garbisi, and make him make that pass.

“Hopefully you rely on the fact that if you put him under pressure with that pass that he’s not going to be able to put the other player away. It’s something I’ve highlighted from the game and something that I’m going to work on moving forward.” 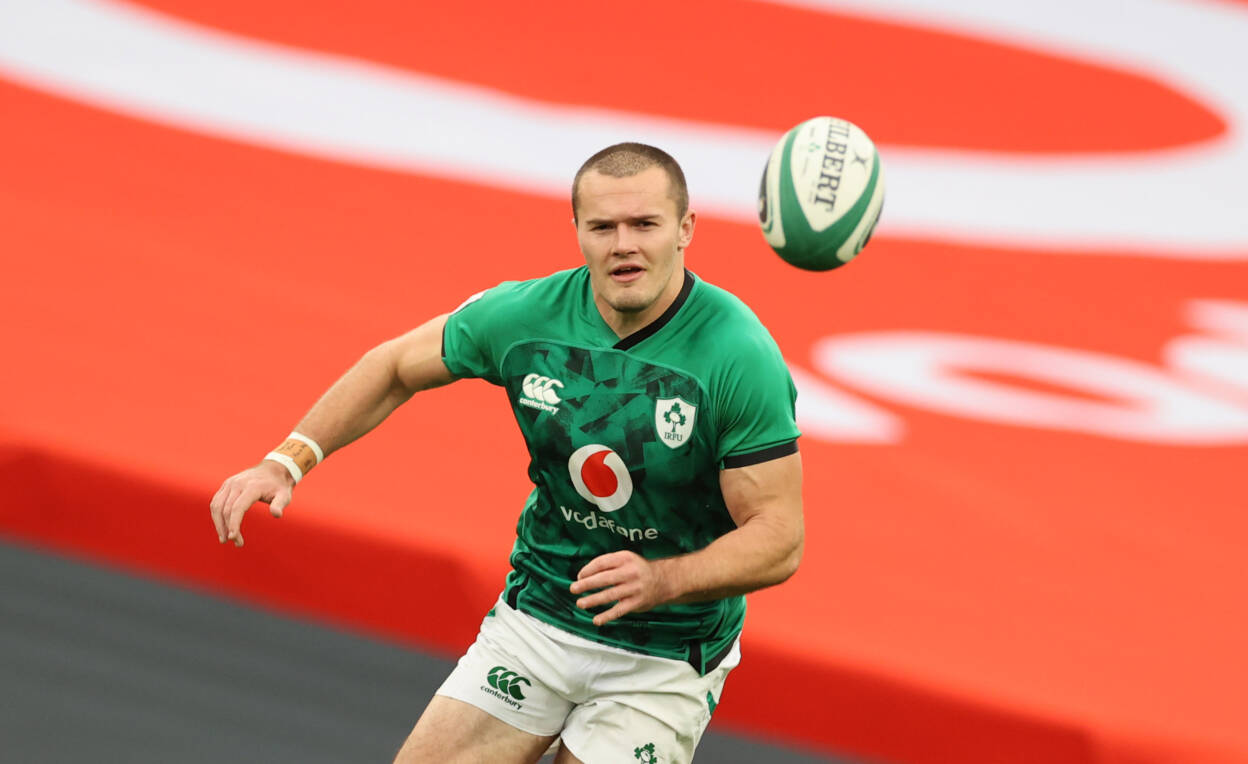 Stockdale’s move to full-back was partially brought upon as a result of Jordan Larmour being ruled out of the remaining rounds of the Six Nations with a shoulder injury.

His regular position on the left wing was taken up by Leinster’s Hugo Keenan, who announced himself on the international scene with a brace of first-half tries.

Stockdale and Keenan were team-mates from their Ireland Under-20s days, and the Ulster star been impressed by how Keenan has conducted himself since joining the senior squad during this window.

“I feel like Hugo’s maybe stealing a few of my tries in the 11 jersey! His work rate is phenomenal and he showed that in the game.

“For the disallowed try, if you watch, if you player-cam him, he chases the kick and 100% sprints back to when they kick it. Then realises whenever the line-break is made that he’s on. He turns and sprints back again.

“People will look at that and say, ‘oh, he’s in the right place at the right time’, but if you look at the work he has done leading up to that point it’s really, really impressive. He’s not just a hard worker, he’s a really strong finisher. He showed that on his first try.

“Again, his work-rate and his pace as well on the third try. Training with him has been really good. He’s a really hard worker, on and off the pitch. I’ve been really impressed with the way that he’s committed to the team and committed to training.”

Apart from Stockdale, the other Ulster representative in the Ireland team to play France is hooker Rob Herring, who has established himself as Rory Best’s replacement at both provincial and international level.

Herring has lined out for Ulster on no fewer than 186 occasions. Given how much rugby he has played since arriving in Belfast back in 2012, Stockdale always believed the 30-year-old hooker was capable of stepping into the breach after Best’s retirement.

Rob has had to be pretty patient. When you say that, you feel like he’s maybe someone who doesn’t have that much experience. But when you look at the number of Ulster caps he has amassed, that’s a really impressive amount of caps.

“He’s actually a very, very experienced player. What he brings to the side is a serious physicality and work-rate. You see the choke tackle he made off the restart against Italy.

“That’s the kind of thing that puts him in the team and makes him a very special player. It’s good that he’s starting to get the recognition that he has deserved for a long time. He has been exciting to play with for the last few years.” 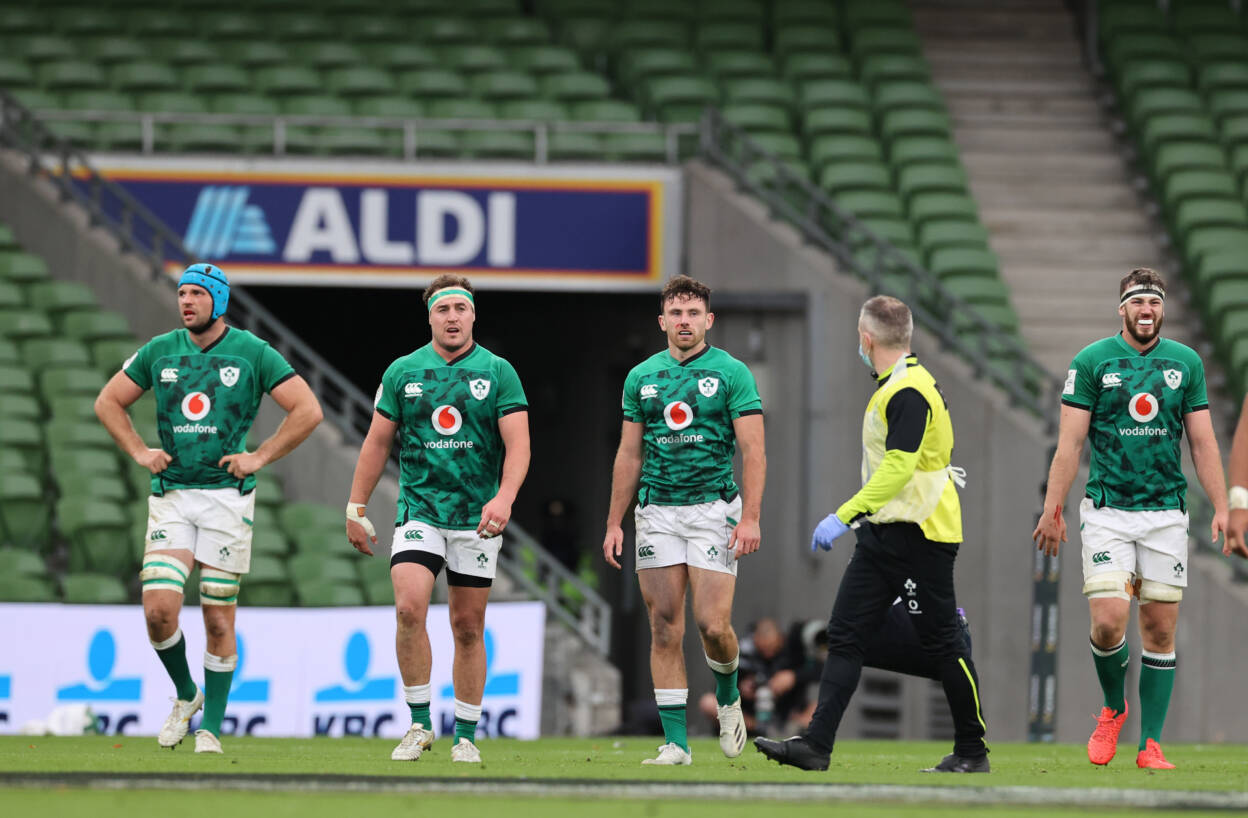 Stockdale’s own Six Nations debut in 2018 was at the Stade de France and it proved to be one to savour. Ireland were staring defeat in the face until, after 41 attacking phases, Jonathan Sexton slotted over that unforgettable long-range drop goal.

That was the springboard for Ireland’s Grand Slam success that season, with Stockdale scoring a stellar seven tries over the course of the four games that followed.

However, the 24-year-old was on the field for that nail-biting conclusion to the France game, having made way for Fergus McFadden during the closing stages. Asked for his recolllections of that dramatic win from two years ago, he quipped:

That’s the only game I’ve ever been subbed off for – maybe Joe (Schmidt) knew something that I didn’t. He thought that I wouldn’t hit any rucks!

“To be honest, I’d say for me it was a massive sense of relief. That was my first Six Nations game and I didn’t really want it to end in losing to France. Fortunately, I’d say those 41 phases will go down in Irish Rugby history.