While a landmark international appearance haul is firmly within his grasp, Leinster and Ireland prop Cian Healy has his eye on the bigger picture.

Should the Clontarf man be selected in his trademark loosehead role by head coach Andy Farrell in today’s team selection, it means he will pick his 100th cap in Saturday’s crunch final round encounter with France in Saint-Denis.

Yet, as someone who already has three of them in his locker, the prospect of securing another Six Nations Championship medal is what has him fired up for the Halloween night clash with les Bleus. 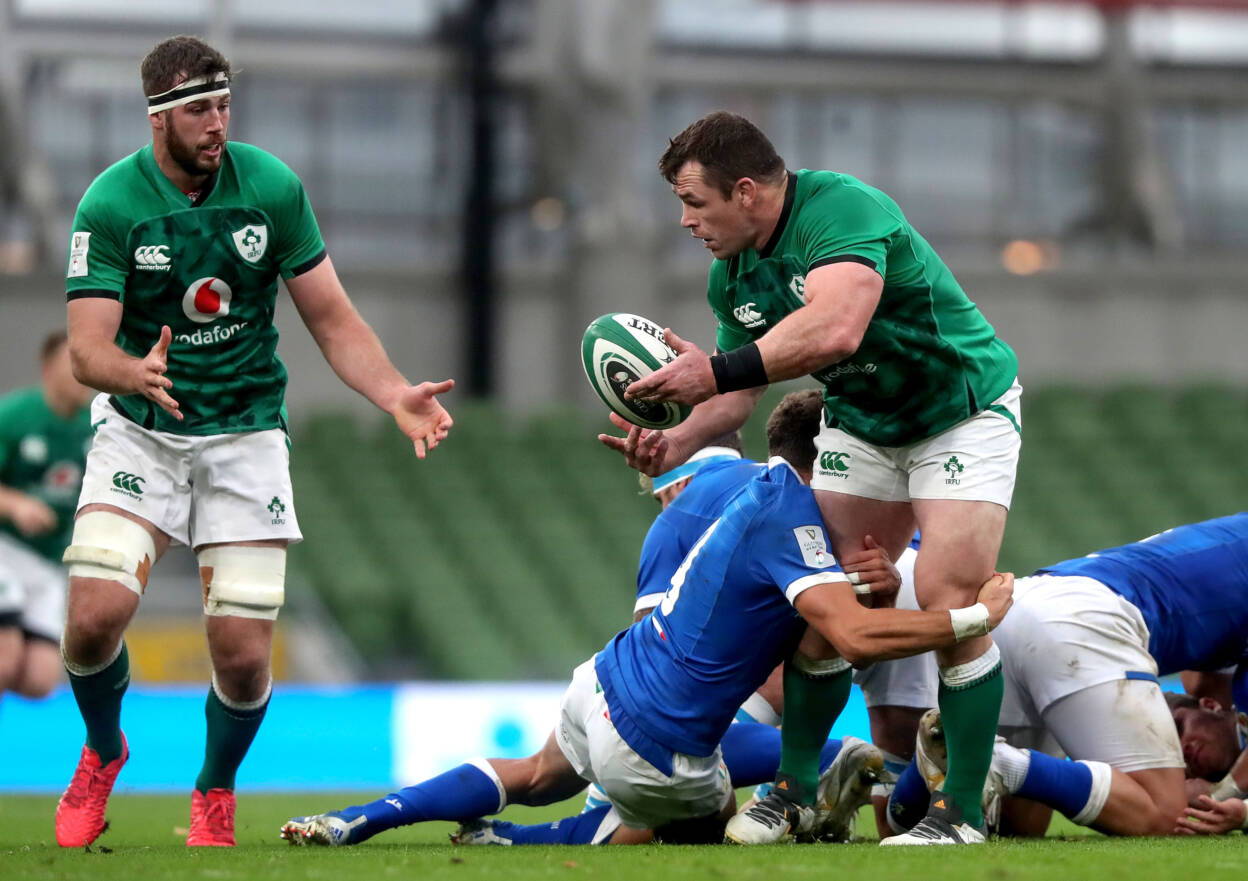 “It will obviously be something quite special to myself and my family, and people around me,” Healy said of his impending 100th cap. “I’m trying to pass it off and not have anything like that hang over me.

“Hopefully get selected and there’s something much bigger than an individual merit to play for. I’m trying to brush it aside a bit at the moment and go towards that bigger thing.

“It’s an opportunity to win a medal, win a trophy and play with the lads. That’s the goal. Hopefully get selected and get the shot to do that. We go over with an unbelievably tough challenge, but it’s something that this group are hugely capable of and I think it’s something that will be needed.

“You need to score a lot of tries to beat this French team. They’re an unbelievable outfit as we saw the other night (against Wales). It’s an exciting fixture ahead and I think everyone is looking forward to it.”

It is a testament to Healy’s extraordinary perseverance that he continues to be the first choice number one for both provincial and national teams. Owing to a serious neck injury, he was perilously close to announcing his retirement in the summer of 2015.

He subsequently regained full fitness to once again become one of the most consistent front row performers in Irish rugby. During his rehabilitation, the opportunity to don the green jersey was the ultimate end goal.

However, he had to go through a long and arduous process of recovery before he could even consider that possibility.

It was broken down into so many stages. The first stage of that was to be a functional human again and be able to open the door with the keys and stuff like that.

“Each time I became capable of something, I set a new little standard. Something short-term, achievable. Something I could work on.

“As I built through them, I just started progressing those goals to get into the national team again and get to a standard. Because by the time rugby had started back up, I was able to play but the standard of my fitness was probably a bit down.

“There was a constant drive then for fitness. What I could do outside of rugby for fitness. Lifestyle changes, all that sort of stuff.”

This period of time away from the game meant the 33-year-old Dubliner was well-equipped to deal with being in lockdown during the early months of Ireland’s fight against Covid-19.

The remote work he put in during the absence of rugby was, in many ways, an extension of what he has been doing in the five years since overcoming his career-threatening injury. 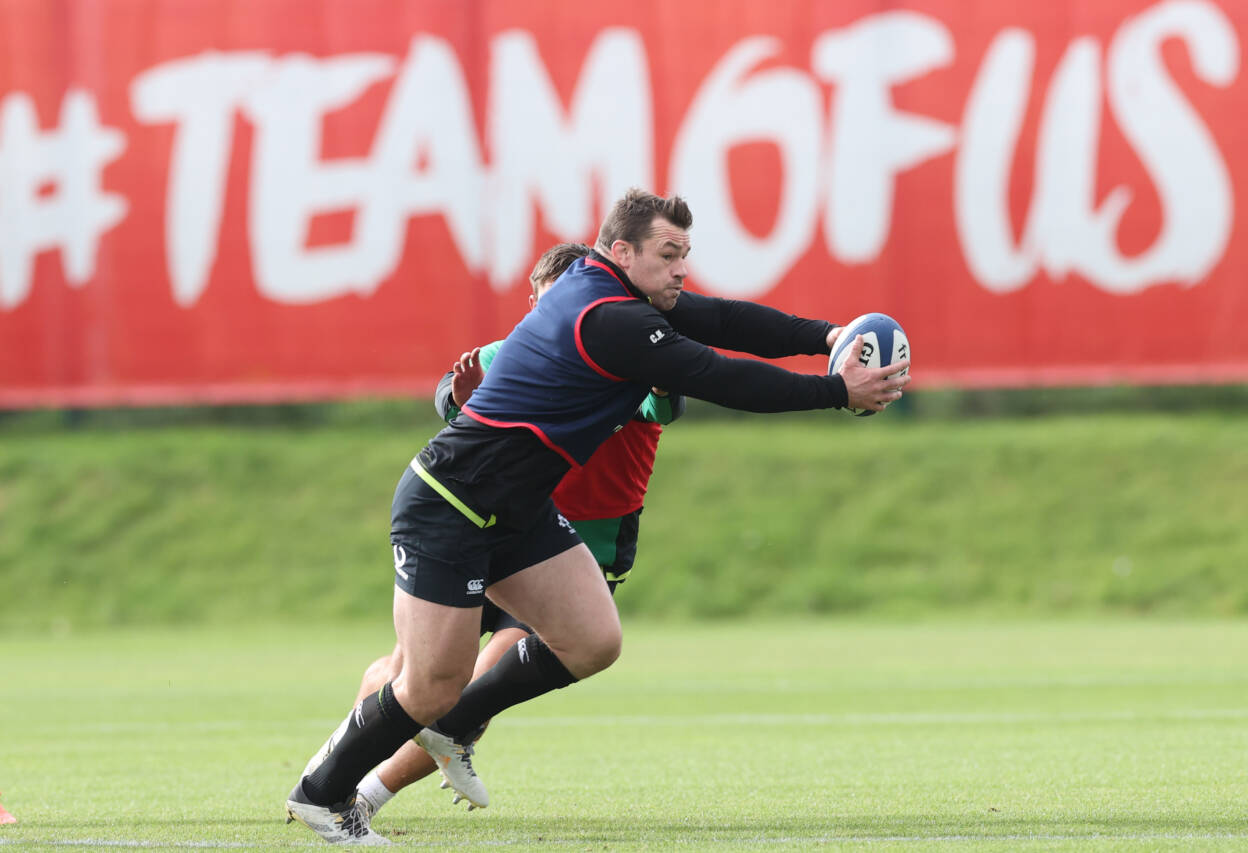 “The lockdown period gave me an opportunity to put a lot of time into things that I had kind of pushed off and not focused on as much. You can nearly treat it like a bit of a sabbatical.

“It’s an extender and everyone sort of treated it like that, to work on things that you might not have the time to when you’re game-on-game.

“I put a bit of a recovery system in at home and everything is now focused on having my body in the best shape. Even outside of that, I want to be a healthy person. I want to live a long life. That stuff is something I want to do.

“Not only for rugby, but for enjoyment of my time outside of the field. Not walking around like an auld fella. You want to be as fit and as healthy, day-to-day. When that transfers into rugby, then it’s pretty helpful.”

As someone who grew up on the northside of Dublin, it was perhaps fitting that Healy made his international bow in a November 2009 Test against Australia at Croke Park.

Reflecting on this big day out at GAA HQ, one particular incident springs immediately to his mind.

It was kind of class to play in Croker. We’d such a team out there, there was a lot of big names in that team. That kind of shocked me a bit, but I was cocky and confident in myself and young.

“I got slagged a bit for it, but I think if you have a bit of that confidence it goes a long way.

“I remember Paulie (Paul O’Connell) tapped me down a ball off a kick-off. That was probably my one outstanding memory from that game. I got a little bit of a run off it.”

Even though he might seem like one of the automatic selections for Saturday’s game, Healy knows better than to be taking something like that for granted. Since taking over from Joe Schmidt, Farrell has been keeping his cards close to his chest when it comes to revealing who has made the cut for match day.

In addition to each player hearing the team at the same time, there is a strong link-up between the backs and the forwards in the collective training sessions. Healy explained:

We’re in the dark (regarding selection). Training is hotly-contested. It’s all out. (Wednesday) will be a physical session and everyone will have a right crack at it.

“We’re pushing each other and there’s no set group going into lineouts or back plays. It’s completely intertwined. To have everyone having the complete understanding of what we’re trying to do, we have to have people moving in and out of position.

“In and out of different groups of players. So every player knows exactly the same routine or movement to do for what we’re trying to get.”