Following over a year away from the international game, Munster lock Tadhg Beirne enjoyed a successful return to the Ireland team in last Saturday’s 50-17 bonus point win at home to Italy.

The Kildare men’s previous most recent Test appearance before that was during last year’s Rugby World Cup quarter-final exit to New Zealand, when he appeared as a second half replacement for Iain Henderson.

In the absence of the current Ulster captain, Beirne joined James Ryan in the second row for the much-delayed Guinness Six Nations fourth round clash with the Azzurri at the weekend.

He was delighted to play his part in a commanding seven-try victory, which saw fellow former Clongowes Wood College student Will Connors produce a player-of-the-match performance on his debut. 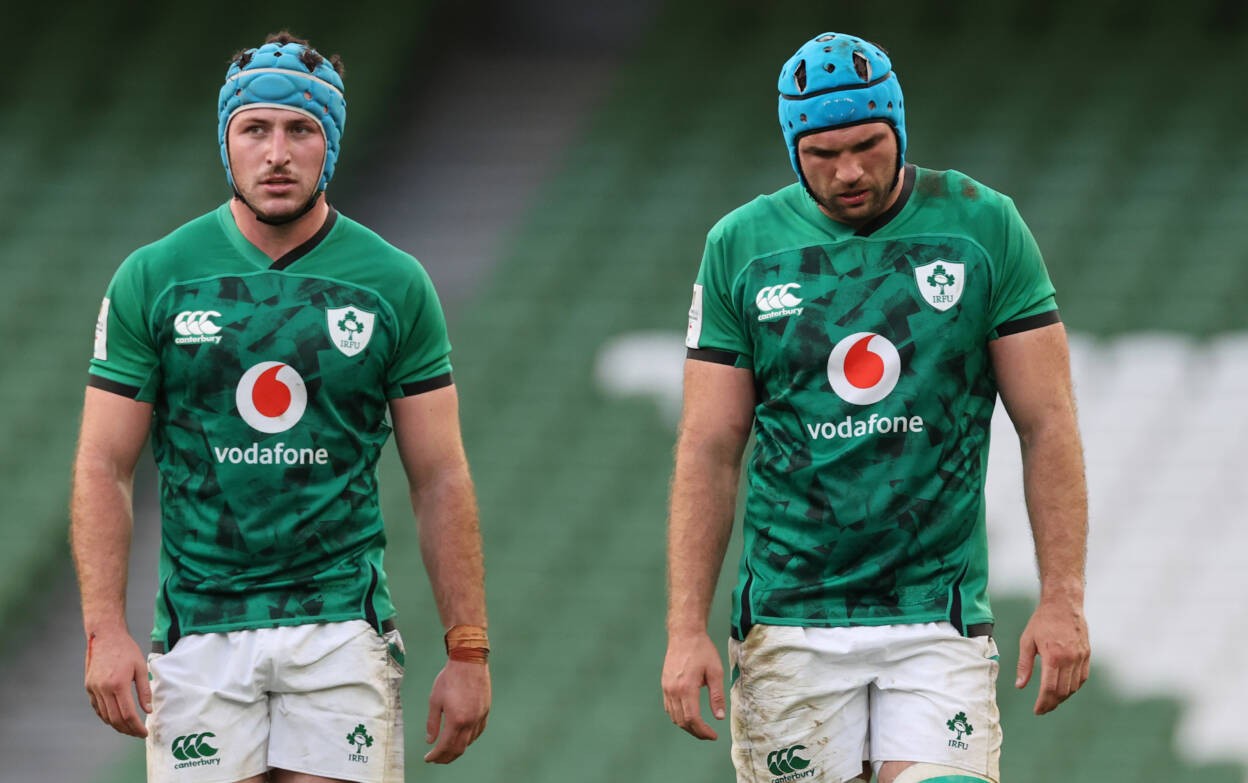 Speaking about his second Six Nations start, Beirne said: “I definitely enjoyed it out there. I think we had a bit of an emphasis on defence going into Saturday. It’s probably something I’m working at in Munster quite a bit.

“I’ve tried to just bring that over into the green jersey. I felt my tackle count was a bit higher than it probably usually is. That’s just the luck of it in some ways, in terms of they just came my way.

I think overall, everyone was geeing each other up around defence and I think everyone saw that Will Connors was absolutely outstanding in that area and he always is.

“When we have good moments, everyone is trying to celebrate them. Because every moment matters in these kinds of games.”

Nonetheless, Beirne accepted there is significant room for improvement ahead of this weekend’s trip to Paris. While Italy are making considerable strides under Franco Smith, Fabien Galthié’s les Bleus will undoubtedly pose a much greater test.

“It’s a massive challenge, but everyone is excited. Everyone wants to be involved. The team isn’t named until Wednesday, but that just means how it’s so important for each and every individual to be all over their detail and it means anyone can step in when the team is named.

“I do think there were some really good things from Saturday, but if we want to come home with a Championship on Saturday then we do have to take another big step forward.”

As someone who is regarded as a specialist in the area, Beirne has some interesting views on the new breakdown laws introduced by World Rugby before rugby’s restart. From his perspective, the ‘poacher’ is receiving a lot more protection as a result of its implementation.

That’s just my own personal view on it. Even in some of the rucks, in some of the games there’s still lads getting away with some in-the-sides. That’s something I’m looking at, because I’m usually someone who’d be over the ball.

“That’s something I’m always looking out for. It’s a very difficult area to ref, but I definitely feel like the poacher is definitely being better looked after than they were a year ago.

“Which is good to see and it probably gives a lot of lads more comfort about going after the ball in those areas. Because they don’t have to survive as long and risk getting their heads or their knees taken from them. It definitely gives lads more confidence, for sure.”

Naturally, teams are looking at how they can use these new laws to their advantage. As Beirne explains, Ireland are no different in this regard.

“I think it’s definitely an area that we’re looking at targeting. I think it’s an area where we’ve a lot of players within the squad who are really good over the ball. I think you saw that on Saturday.

“Across the board, there was a lot. It wasn’t just one player who was topping the charts in terms of turnovers. It was a lot of different individuals who were coming away with good turnover ball, which is great to see.

“It gives us a much better opportunity around the park to play off turnover ball. Obviously there’s a lot of space when that does happen.

“There is a massive emphasis on us going after those balls, but also an emphasis of being smart around it and not overcommitting in those areas. I think that’s an area that we’re all getting better at.” 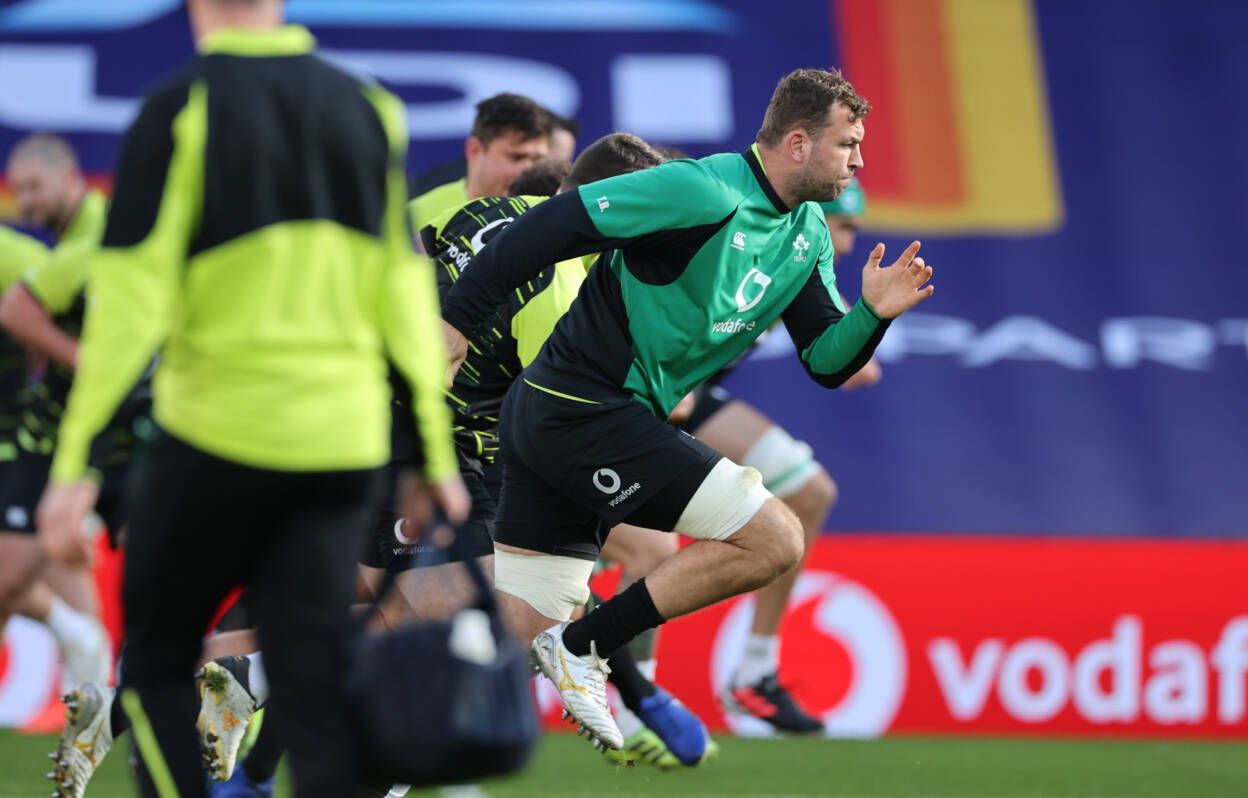 Throughout the course of his remote press conference with the virtually-assembled Irish media, Beirne was fulsome in his praise of team captain and talismanic out-half Jonathan Sexton.

Now the elder statesman of the Ireland squad at 35, Sexton will hope to cap his first year in the captaincy role by lifting the Six Nations trophy.

“He’s our skipper and he leads from the front. He’s very level headed in training and he makes his points very clear. He orchestrates our attack as well,” explained Beirne.

“Johnny’s a great leader for us and before training he’ll say a few words along with a few others. Even after training he’ll make his points as well and at meetings in the evenings.

“From a leadership point of view he’s been great. He’s someone who has been in this situation many, many times for province and country. It’s probably something that he’s a bit more used to than a few others in here. He has definitely shown that kind of leadership this week.”