Consistently-excellent loosehead Cian Healy will win his 100th Ireland cap at the Stade de France, becoming the third front rower to do so after his former team-mates, John Hayes and Rory Best.

Irish Rugby’s latest centurion will be joined up front, in an unchanged pack, by Rob Herring and Andrew Porter who are both facing France for the first time in their Test careers.

James Ryan, who was part of the 2018 and 2019 Championship wins over the French, and Tadhg Beirne continue together at lock, while Caelan Doris, Will Connors, last week’s player-of-the-match on his debut, and CJ Stander complete the forwards. 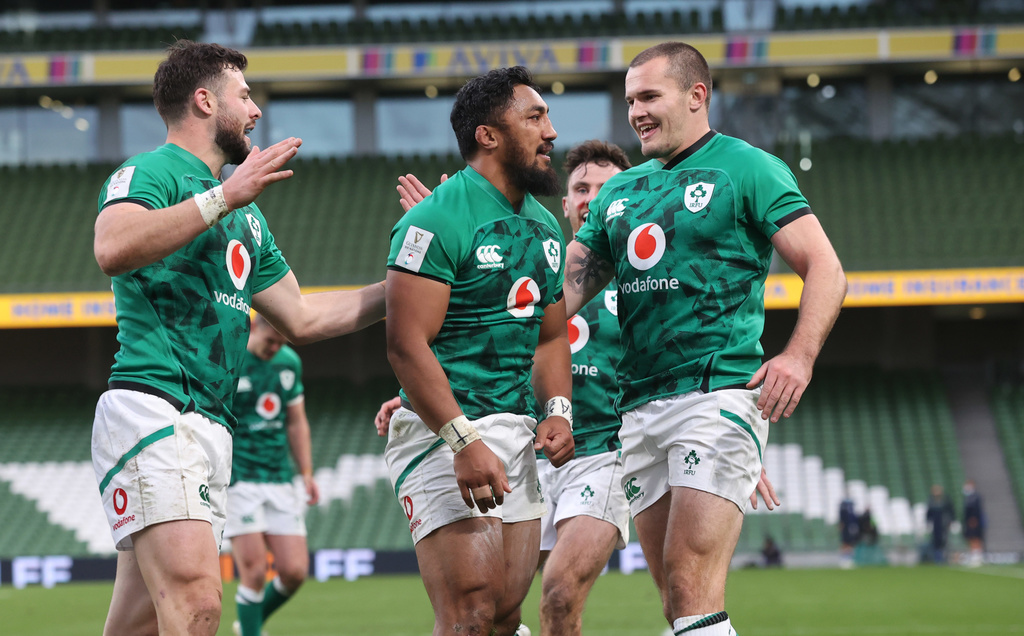 There is one change in the back-line with Athlone man Robbie Henshaw replacing the injured Garry Ringrose, as he did during the first half of last Saturday’s 50-17 bonus point win over Italy.

Henshaw will partner his former Connacht colleague Bundee Aki, and captain Jonathan Sexton and scrum half Conor Murray make it the same midfield and half-back axis from that dramatic 15-13 victory in Paris two years ago.

Hugo Keenan will be hoping to add to his debut brace of tries in an unchanged back-three, with Andrew Conway on the right wing and Jacob Stockdale making his second successive start in the full-back position.

Paying tribute to 100-cap prop Healy and speaking about les Bleus, head coach Farrell said: “The key word in describing Cian is resilience and any top player, I don’t think they ever quite get comfortable enough to think that selection is just going to happen.

What has driven Cian on to win a hundred caps is fight to keep on improving. Over time he has understood himself and his body.

“Like any top, top professional who ends up getting to this milestone and unbelievable feat, he has been unbelievably professional in how he has looked after himself and driven himself to try and get to this point.

“We honestly feel it is a privilege to be involved in this occasion with Cian. I feel incredibly fortunate that I am able to select him for his hundredth.”

He added: “France are so dangerous, so there’s no point scoring four tries and them scoring six, we won’t get reward from that. So we’ll stick to the plan and see how it unfolds, and hopefully we can try to put enough pressure on the game to try to open it up somewhere along the line.

“But it’s a tough old task, isn’t it? We know what they are capable of, watching them last weekend (beating Wales at the Stade de France) they are a formidable side with threats all over the field.”